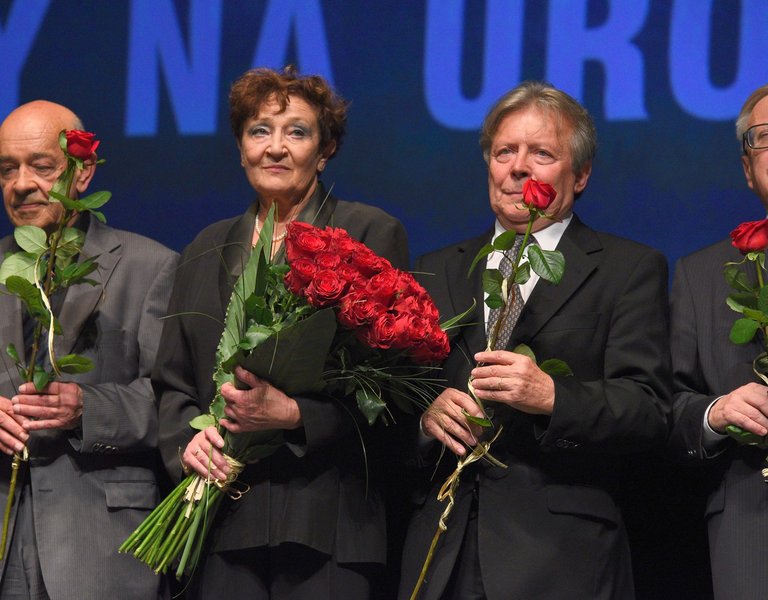 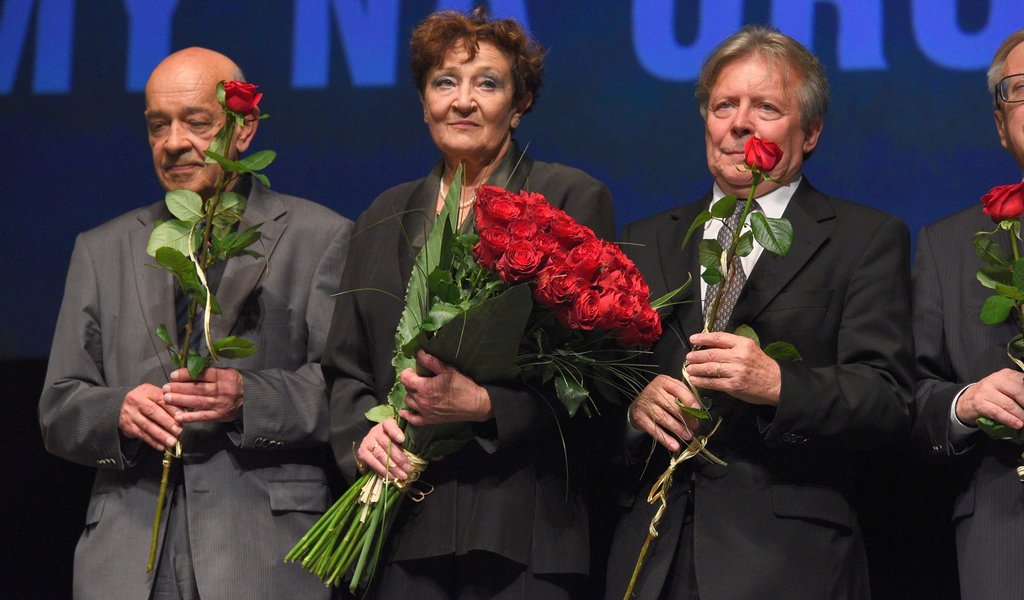 I am proud to have starred in “Smolensk”

The official world premiere of Antoni Krauze’s film “Smolensk” took place in Warsaw’s Grand Theatre on September 5th. On Friday, September 9th, the film depicting the April 2010 tragedy will be screened at cinemas across Poland. In anticipation of the film’s public premiere, we invite you to read an interview with Ewa Dałkowska, who plays the role of Maria Kaczynska, the wife of the Polish President Lech Kaczynski.

MAGDALENA JAKONIUK talks to the actress EWA DAŁKOWSKA, who plays Maria Kaczynska in the film “Smolensk”.

You met Maria Kaczynska. What was the First Lady like?

Ewa Dałkowska: We didn’t know each other very well. We only met at official events, but I got the feeling that she was a very sympathetic and humorous person, and very sharp. However, what really set her apart from others was her intelligence and class. Maria Kaczynska was without doubt an intellectual – she went to classical music concerts and to the theatre. She even knew who Ewa Dałkowska is, which doesn’t happen that often (laughs). As a result, news about the April 2010 catastrophe that killed the president and the first lady was a big blow for me. This actually reminds me of something, is it alright if I tell you?

Of course, go ahead.

We have a mutual acquaintance, Father Mariusz Cywka, who one day, after the disaster, suddenly said that he has to go Smolensk, that he feels an inner force pushing him to go to the scene of the tragedy and hold Holy Mass for the victims. At the time, I had serious problems with my hip and my doctor gave me permission to go Smolensk on the condition that I lie down for the whole duration of my trip. So we set off, it was August, right in the heat of summer. Father Mariusz held mass in the fields, it was amazing – standing in the August sun on the earth upon which this great tragedy took place, praying for those who died. It was an incredible experience, although the whole time we were being monitored by the watchful Russians.

Let us return to the First Lady. Where did you seek inspiration for the role of Maria Kaczynska?

There is this book by Anna Poppek which I recommend everyone to read – it’s called “Wedding Rings. A Story about the Family of Maria and Lech Kaczynski,” which looks at the private life of the presidential couple, shows them in a new light, previously unknown to many people. How they tried every day, despite their public duties, to be a normal family – which is what we tried to show in the film as well. Apart from that I watched a lot of material and documentaries on Maria Kaczynska. The rest was a group effort – I consulted with make up artists, but it definitely wasn’t my aim to be an onscreen copy of the First Lady – truth is to be found elsewhere, in understanding one’s character rather than seeking to replicate appearance.

I got a lot from the aforementioned book by Anna Popek – I used the book as a basis for how to play her in a way that stays true to the character of Maria Kaczynska, who apart from making her mark in the world was an incredibly warm woman, as can be seen by how she treated her grandchildren.

The world premiere of “Smolensk” took place on September 5th and from Friday onwards the film will be screened at cinemas. There’s no two ways about it, the film sparked controversy from the very start – some people gave it bad reviews even before shooting started and part of the film community has shown to be very hostile to the production. Are you not afraid that your role in the “Smolensk” film could have negative consequences for your relations with people in the film industry?

No. I do what I want, and I have no intention of deliberating over this. Moreover, I am proud that I was given the opportunity to star in such a noble undertaking, although the reactions by some of my colleagues have indeed been upsetting. Among all of this drama the most positive thing is that the film was actually made, and this is in large part thanks to the engagement and persistence of Antoni Krauze. I often meet people who thank me that the undertaking was seen through to the very end. This is thanks to many people, especially those who supported the foundation behind the film, whose chairman is my husband, Tomasz Miernowski. I would like to use this opportunity to stress what a great team we had working on the “Smolensk” film and I would like thank everyone for our great work together – sometimes I had the feeling that we were all bound together by an invisible thread of understanding. I’m aware that some people became so involved in making the film that they had to resign from other projects that they were working on. For this, I would like to thank them sincerely.

In an interview with my editorial colleague, Anna Krajkowska, Antoni Krauze recently said that “Smolensk” is the last film that he will ever make. You have come to know him – how seriously can we treat such a declaration?

And how is Antoni Krauze able to know if this is his last film? These things are impossible to predict (laughs). He didn’t know that he would be directing a film about the Smolensk disaster, just as he didn’t know that he would create “Black Thursday” – back then he thought that he would only make documentary films. The fact is that Antek is very tired, above all by the negative atmosphere surrounding the film. But knowing him, I wouldn’t rule out that he will still produce films in the future – if this will actually be the case, only time will tell.

Is there anything that you would like to tell viewers attending the first cinema screenings of the film on Friday?

Yes. I would like to say that I hope that this spirit of solidarity and this willingness to give reverence to the victims of the disaster will reach viewers. I hope that it will not only make people think back to that fateful Saturday in April 2010 but that it will also give food for thought, amongst other things about the causes of catastrophe, about which we still know so little.