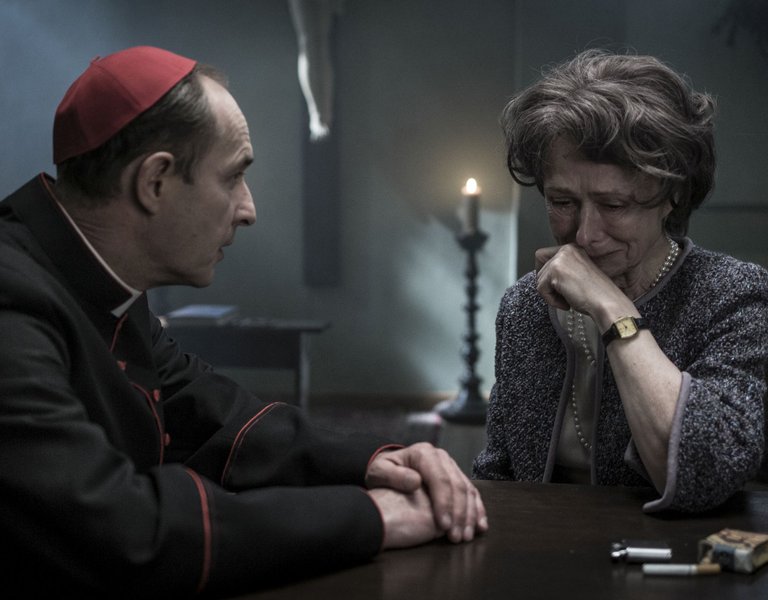 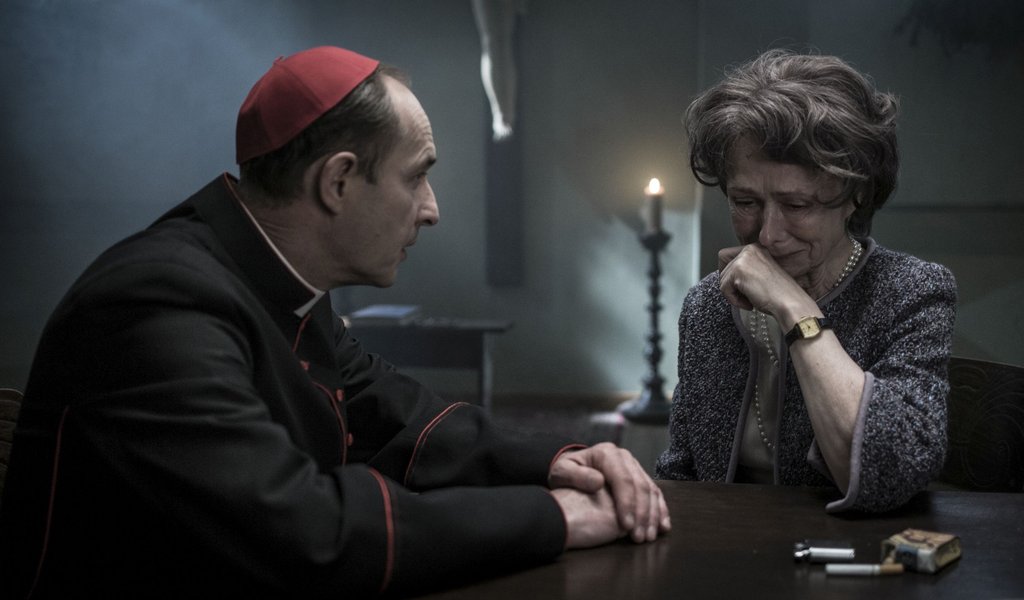 It is impossible to understand the criminal's cruelty

"Blindness" - a great film by Ryszard Bugajski is like an afterword to his gripping film “Interrogation”.

A car pulls up in front of a house with a garden that houses a facility for the blind. An elegant woman, mature in her years, steps out of the car. She is wearing a white top, perfume. “Stalin’s breath,” she says. “I’m joking. Chanel 5. “ The woman wants to see his Eminency the Primate. “I made a call to Miodowa Street,” she adds. Her voice carried an imperious tone.

This is Julia Brystygier. A Jew and pre-war Communist. “Bloody Luna”. A one-time favourite – and lover – of Jakub Berman and Boleslaw Bierut. A monster. She graduated from the Department of History at the University of Lviv before continuing her studies in Paris, where it is claimed that she was a model for Picasso. In 1928 she passed an exam in pedagogy and went on to do a doctorate in philosophy.

During the war she took on Soviet citizenship and ventured to the East, where she worked with the NKVD. In autumn 1944 she joined the Polish Workers’ Party where she worked at the Ministry of Public Security. A year later she was made director of the infamous Department V.

She instructed her subordinates that “the Polish intelligentsia is opposed to the Communist system and is virtually beyond re-education. It needs to be liquidated. But its entire liquidation would postpone economic development of the country, which is why one needs to create a system of repression and terror so that representatives of the intelligentsia will not dare to be politically active”.

Brystygier helped implement these instructions herself. She interrogated and tortured prisoners and was known for her sadism, in particular with regards to young men. She intimidated the Church. She prepared the Kielce trial of Bishop Czesław Kaczmarek and played a role in the arrest of Cardinal Stefan Wyszyński. “She was a horrible woman,” the primate said, referring to Brystygier.

It is a historical fact that “Bloody Luna” converted to Christianity in her old age, spending time with the nuns running a facility for the blind in Laski.

“What makes a person, who during the worst days of Communist repression and crimes was one of the pillars of the Stalinist system in Poland, become a Catholic? What happened in her head? This was the most difficult screenplay that I have ever written,” Ryszard Bugajski told me before the first film slate.

He made the film about one day in the life of Bloody Luna when, already in the 1960s while working for the State Publishing House PIW she tried to meet with Primate Wyszyński. But before that she had to be “granted access” to him by a priest who she talked to. He is blind. During the trial of the Krakow curia in 1953 he was sentenced to eight years in prison, of which he served five.  He had his eyes burned out with cigarettes during the interrogation. One torturer held his head, another kept his eyelids open while the third burned his eyes.

“Różański?” asks Brystygier in a matter of fact manner.

“I don’t know, but definitely one of his colleagues from the ministry,” the priest replied.

Thirty-five years ago, Ryszard Bugajski made “Interrogation”, one of the most powerful Polish films. In it he depicted a victim of the Stalinist regime, a simple girl who – although tortured and humiliated – did not give in and refused to make false statements against innocent people. Today, the director once again takes a closer look at torture.

“What do you expect to receive from us? Sympathy? Empathy?” one of the nuns at the convent asks.

The same question was later asked by the primate. “Are you going to be put on trial? Do you need the spiritual support from one of your victims?”

But this is not that simple. She herself doesn’t know exactly why she came here. At times she tries to explain herself, in other moments she goes on the offensive. She was active in a time when “practice was more important than ethics”. She had her mission. And her faith. Now she doesn’t believe in anything.  She is too intelligent not to realize in hindsight that the ideology she subscribed to in the past has discredited itself. And yet although she gets baptized, she is not able to believe in God.

“How am I supposed to live now?” she asks in a moment of weakness.

“God will forgive you, but people won’t,” Brystygier is told.

“You have managed to scare yourself,” the blind priest tells her, adding: “Conscience. Perhaps you don’t use it, but over here we do”.

Bugajski paints a portrait of a criminal. One who is intelligent and determined. Aware of who she was and who she is. Her dialogues with the clergymen and with herself are gripping.  This is also thanks to the great acting by Maria Mamona, who plays Brystygier – at times tough and intimidating, but also sometimes lost and defeated. Completely credible.

The film is also indebted to the great Janusz Gajos in the role of the priest and Marek Kalita, who plays the primate – calm, composed, full of Christian forgiveness but at the same time also disgust.

“Blindness" is not an easy film. After he made “Interrogation” critics accused Bugajski of defending the torturer, because he let him commit suicide after 1953.

“Because this meant that the security agent understand what he had done and imposed a punishment on himself, but the officers at the Security Office were all cold-blooded murderers and bandits. Unfortunately, however, we all too often bend reality to advance the assumed thesis.

This one-sidedness is due to the ideologies weaved in to our lives. But art does not tolerate them. Besides, they are not present in life anyway, Bugajski said at the time.

He now asks the most difficult question: “Why?” And he does not provide  a simple answer. He can’t give it. There is a dialogue in “Blindness”, between the priest and Brystygier.

“I wanted to meet you, to understood how a person can allow themself to do such things.”

“And, do you understand now?”