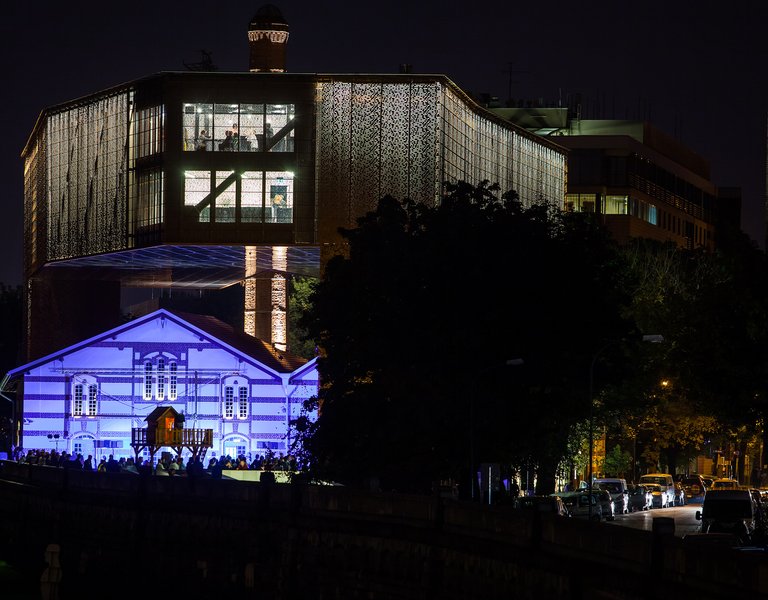 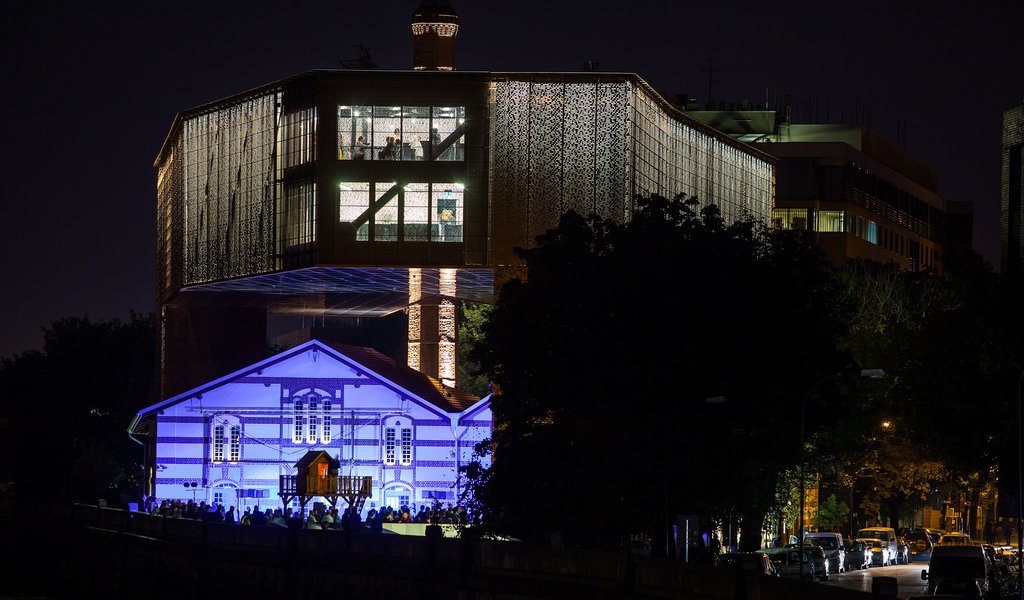 A former power plant and a modern upward extension combine in a surreal way to form a new seat of Cricoteka – the Krakow-based museum of Tadeusz Kantor.

“I’d like to leave Cricoteka as my legacy. (…) A visual museum… I am an expert in exhibitions,” said Tadeusz Kantor, one of Poland’s most internationally acclaimed artists. He was a director, painter, writer, stage and graphic designer, author of artistic manifestos and explorer of new forms of stage expression. 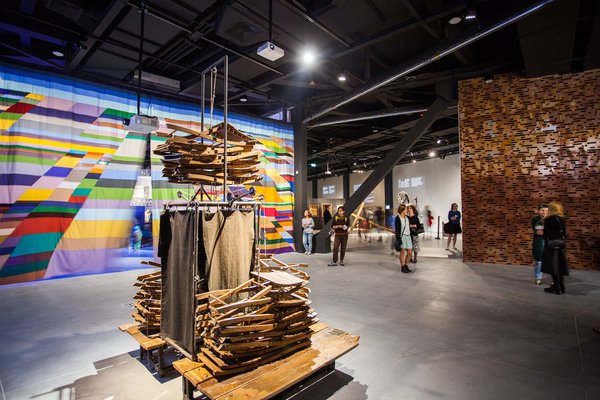 The artist’s dream has just come true. Cricoteka, the Centre for the Documentation of the Art of Tadeusz Kantor  – a living archive of the Cricot 2 Theatre – opened its doors to visitors in autumn. A former 19th-century power station in the Podgórze district was converted into the Theatre’s seat. Above the historic building, a team of architects from IQ2 Konsorcjum raised a rust-coloured block which rests on three legs, 13 meters above the ground. The symmetrical, light-flooded building erected two hundred years ago merges with the new section, thus heightening the sense of the unreal. The structure has not only helped to refresh the left bank of the Vistula river, but it has also given a more modern look to dilapidating remnants of the industrial age.

Some critics compare the new Cricoteka to a huge table, which brings back to mind a nine-metre chair, one of the most famous installations by Tadeusz Kantor. Prepared for the Wroclaw’70 Visual Arts Symposium, the chair was put in Rzeznicza Str. in Wroclaw 41 years on, in 2011. Just like the table, it dwarfs the space around it and mocks the reality.

But the building only seems to be massive and rusty. It is a metal truss embracing the glass and concrete construction that gives it that look. From close up the impression of lightness is enhanced by an enormous mirror, or a metal sheet that lines a “bridge span” or “table top” stretching over Cricoteka’s courtyard. Visitors can watch themselves as “artists in the theatre of life.”

On its website critcoteka.pl the museum’s management boasts that the project was inspired by the best and most acclaimed examples of modernizing post-industrial buildings, such as Tate Modern in London and CaixaForum in Madrid.

According to Kantor’s will, his museum, which occupies 700 square meters of exhibition space, presents mainly exhibits related to the artist’s theatrical work. However, elements of Kantor’s performing art will also be featured in different parts of the building. And that is not all, though it could seem that the huge building in Krakow’s Podgorze would accommodate all memory items which cause Cricoteka at Kanoniczna Str. (founded in 1980) and the artist’s apartment at Sienna Str. to be bursting at the seams.

The “Collection,” a permanent exhibition taking up most of Cricoteka’s space, is a set of countless memorabilia evoking Kantor’s theatrical activity. You can find here stage props from his performances, fragments of stage design, sculptures, photos and film documentation. The exhibition aims to put to rights the knowledge about Kantor as it progressed, present iconic performances and ideas behind each of them, and familiarize viewers with the most important quotations about these works. 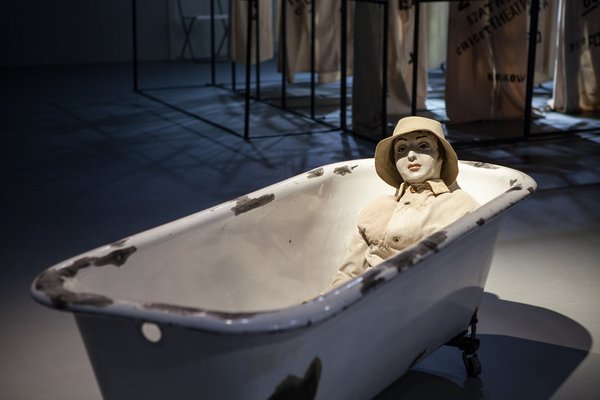 What will no doubt catch the viewer’s attention, is, apart from the collection itself, the contemporary art exhibition ”Nothing Twice” prepared by the curator Joanna Zielińska. The show aims to present performing arts after Kantor. However, the exhibition, whose part is devoted to Paweł Althamer, reveals parallels with Kantor’s output. Althamer, who is known for such public space projects as wrapping Warsaw’s Palace of Culture and Science in golden foil, leaves behind his role as an artist – just as Kantor did – and runs ceramic workshops for persons suffering from MS. ”Nothing Twice” is a collage installation of works created by various artists, including Michael Portnoy, Quay Brothers, Guy de Cointet, Oskar Dawicki, Kantor himself, and Paulina Ołowska.

”My Poor Room of Imagination,” as Kantor used to call his collection, is housed in one of Krakow’s most impressive and modern museums.

”There is this cliché of Krakow as being conservative, but it is here that first MOCAK and now Cricoteka came to existence. So it is only right to say that Krakow is becoming a capital of modern art,” said Professor Małgorzata Omilanowska, Minister of Culture, at the opening of the museum. She also proclaimed  2015, which marks the 100th anniversary of his birthday, as Tadeusz Kantor Year.