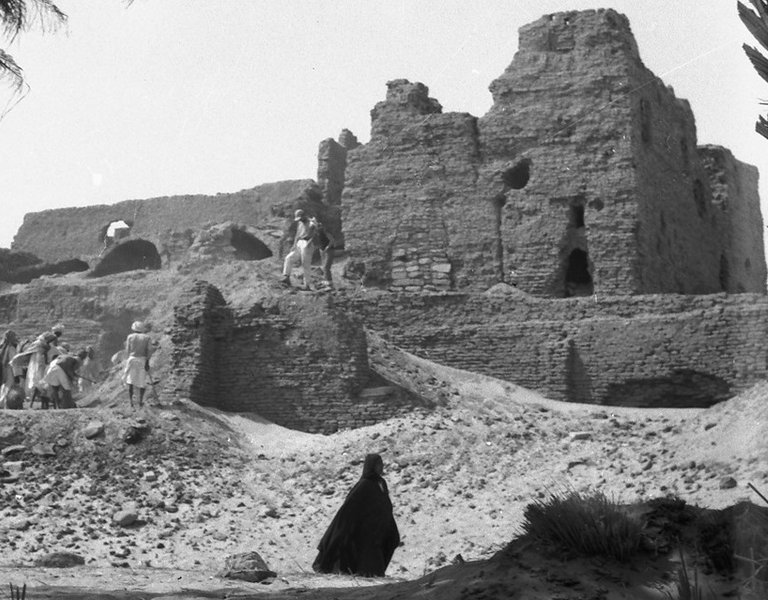 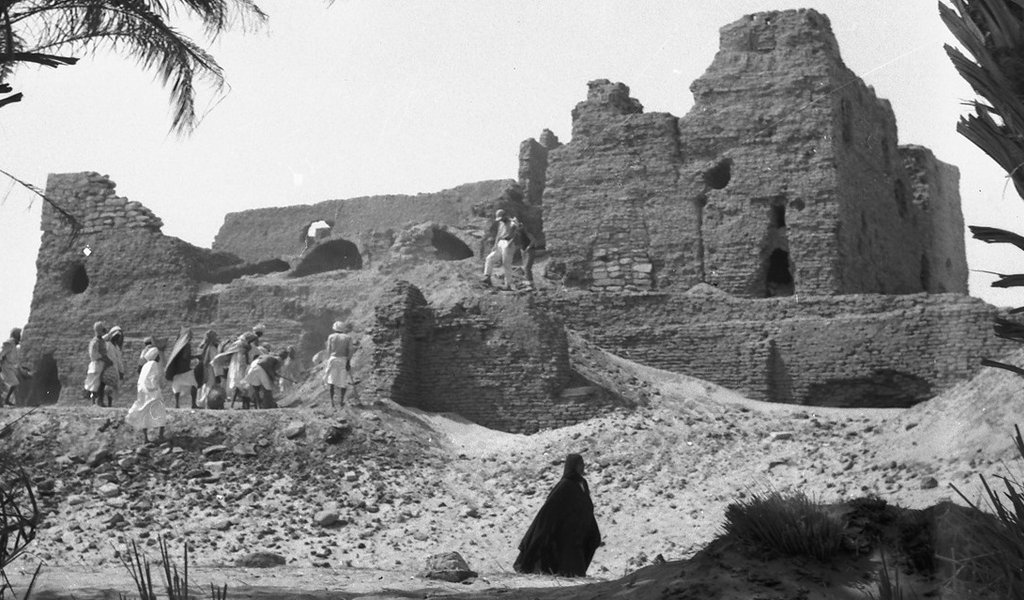 The magic of the Nile Valley in Warsaw

Faras Gallery – the only permanent exhibition in Europe of cultural artefacts and Nubian art from the Christian period will be open in the National Museum in Warsaw on 18th October.

The gallery will take its visitors to a cathedral built in the eighth century in the Nubian city of Faras, close to the Sudanese-Egyptian border. While listening to original Coptic liturgical singing, the visitors will have the opportunity to admire a 3D reconstruction of the cathedral’s interior and all the paintings, including those which are kept in the Khartoum Museum. The visitors will be enchanted by the images of saints from the aisles, chapels, baptistery, staircase, vestibules and even the exterior walls of the church. These contain numerous images of the Mother of God, the patron saint of the Faras temple, an image of St. Mercurius killing the Roman Emperor Julian the Apostate, portraits of local bishops, and Nubian rulers. You will learn about ceramic vessels produced in Nubia or imported from Coptic Egypt, and about small findings discovered at Polish excavation sites in Faras. A film will tell you the story of Prof. Kazimierz Michałowski, an outstanding Polish archaeologist, the founder of the Faras Gallery, who discovered the Faras temple from the eighth century. 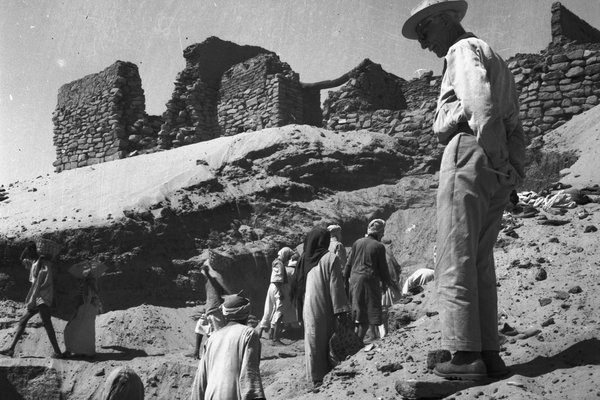 It was Prof. Michałowski and his Polish team of archaeologists who made it possible to save these priceless artefacts. Researchers who during the period from 1961 to 1964 took part in the UNESCO-led international operation intended to save the remnants of old cultures in northern Nubia did not have much time. “We must remember that they were all under great pressure: exploring the site, preparing the discovery documentation, and, the hardest task of all, taking the paintings off the walls and evacuating them in 1964 to save them from the rising level of water in Lake Nasser. The professor’s knowledge and personality played a crucial role in making the undertaking successful,” emphasises Alfred Twardecki, PhD, Curator of the Ancient and East Christian Art Collections of the National Museum in Warsaw.

This highly valuable collection was displayed in the National Museum in Warsaw in the permanent Kazimierz Michałowski Gallery in 1972. Agnieszka Morawińska, Director of the National Museum in Warsaw, explains to Polska.pl that “After 40 years, the artefacts needed a preventive conservation check; the entire installation and wall layout became outdated and did not provide sufficient safety”. Soon, this globally unique collection of Christian paintings from the Kingdom of Nobatia will be made available to visitors once again. As the excavated pieces of art were divided into groups, the National Museum in Warsaw has half of the paintings (67) as well as numerous decorative architectural elements and ceramic vessels. The other findings are in the Khartoum Museum. 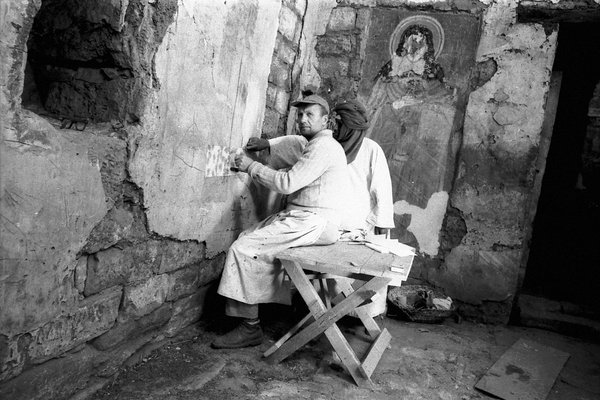 “The collection of Faras paintings (ancient Pachoras) is a miraculously saved trace of the Christian civilization that bloomed in the territory of present-day northern Sudan in the early middle ages. The paintings come from the most significant cathedral in the capital of the Kingdom of Nobatia, an important centre of Marian devotions,” says Bożena Mierzejewska, the author of the scenario and substantial concept of the new Faras Gallery. “Many images were funded by high Church and Court officials; therefore they represent the best in the religious art of that time in that part of Africa. The culture of Christian Nubia is long gone, as the last Nubian Christians converted to Islam around the fifteenth century. 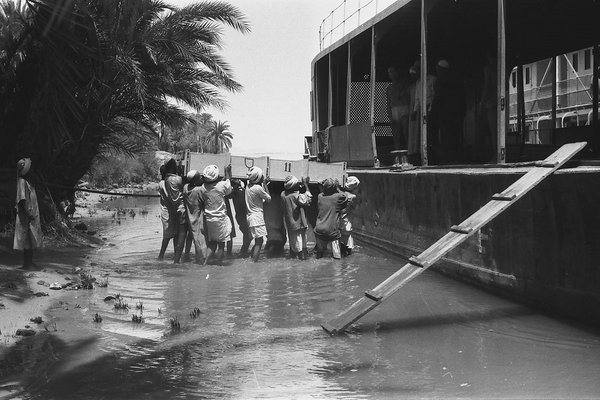 The New Faras Gallery in the National Museum in Warsaw is a special display of numerous unique painting artefacts. “As museologists, we have found ourselves in a great position – we have gained valuable works of art for the collection, and we also have the relevant knowledge of their origin, function and time of creation. We know how the paintings were placed on the walls of the church and, in some cases, we even know who ordered them. This information gives some outstanding scientific value to the collections to art historians,” says Bożena Mierzejewska.

As Irina Bokova, Director-General of UNESCO, wrote in her letter confirming that UNESCO will take on the honorary patronage of the re-opening of the Gallery, the operation of saving Nubian art monuments is an example of a successful international undertaking intended to save the heritage of humanity, which led to the adoption of the UNESCO World Heritage Convention in 1972. 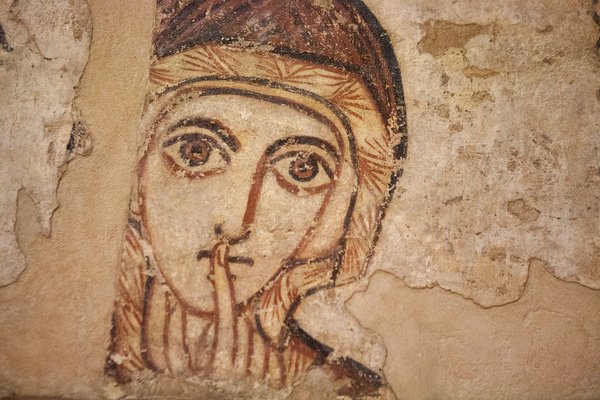 Not just an exhibition

The exhibition is accompanies by an interesting series of additional events, including evening meetings in the Museum, Thursday lectures, family workshops and film screenings. Prof. Włodzimierz Godlewski, Prof. Karol Myśliwiec, Stefan Jakobielski, PhD, Dobrochna Zielińska PhD, Małgorzata Karkowska (daughter of Prof. Kazimierz Michałowski), restorers and researchers taking care of Ancient and East Christian Art Collections of the National Museum in Warsaw and many others will talk about one of the greatest successes of Polish archaeology. For groups of school children at all levels, we have organised interactive museum lessons. Moreover, the National Museum in Warsaw, in cooperation with Granna, prepared a board game called Faras, which allows players to take on the role of Polish archaeologists and save the art monuments of Sudan.