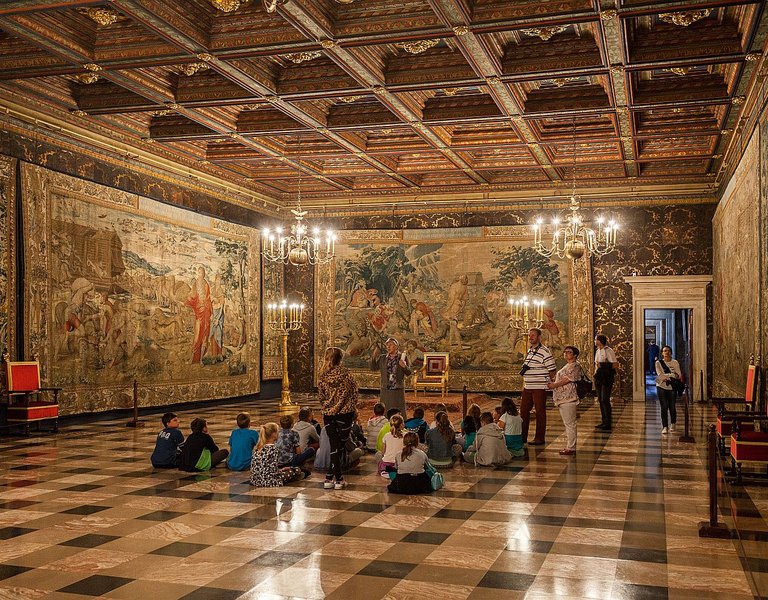 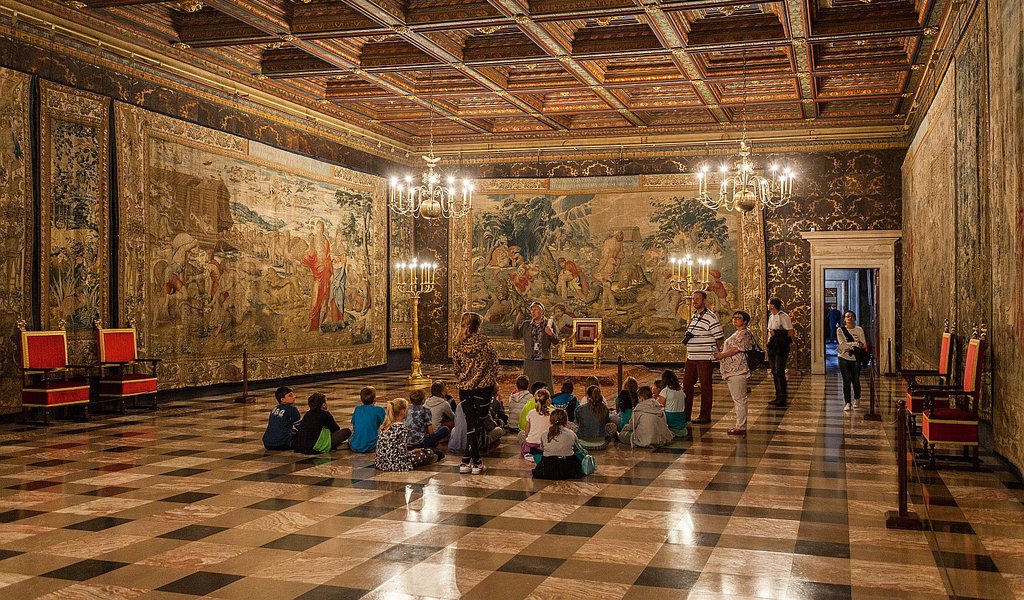 Movable murals of the North

Woven from the finest wool and silk, with real gold and silver threads laced into the fabric, the Wawel tapestries reveal vivid colours and amaze with their wealth of details.

Tapestries from the Wawel Royal Castle are among the most valuable art collections in Poland. King Sigismund II Augustus commissioned them in 1550-1560 from the best loom workshops in Brussels, Europe’s main centre producing these types of fabrics. Their artistic value and unbreakable bond with Poland’s history as well as the dramatic fate during the period of partitions and wars earned them a unique status in Polish culture. 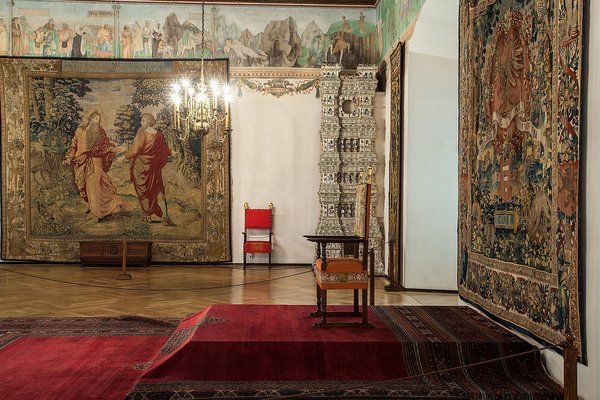 “The tapestries are a priceless national treasure, a symbol of the Polish renaissance, the golden age of our culture. We venerate them on par with Szczerbiec, the sword of Polish kings, the only item from the coronation insignia that survived to our times,” says Magdalena Piwocka, the curator of the Wawel Royal Castle, a long-time employee of the Fabric Department and the author of an album titled "The Tapestries of Sigismund Augustus".

It is also the largest set of tapestries commissioned by one ruler. “Such collections took ages to complete,” says Piwocka. “This art genre was so expensive that European rulers would commission one or two series of six to eight, at most – 12 items. Sigismund Augustus commissioned around 160 tapestries at one time, which was quite unprecedented. The size and shape of individual tapestries were adapted to fit specific areas in the Wawel Castle, so the collection was not random, but made to measure.

King Sigismund Augustus bequeathed the tapestries to his sisters. After their death, they were to be passed down to the Polish state. Since then they have been treated as a national asset. “After the third partition of Poland in 1795, they were plundered by the Russians. In Russia, the collection was damaged and reduced by around 20 items,” says Piwocka. After regaining independence in 1918, Poland reclaimed stolen cultural property and under the Treaty of Riga of 1921, ending the Polish-Bolshevik war, the tapestries returned to Poland. Out of the 160 tapestries  only 138 were preserved, of which 136 were put on display at the Wawel Castle (the other two are exhibited at the Royal Castle in Warsaw and the Rijksmuseum in Amsterdam).

After Nazi Germany invaded Poland in September 1939, feverish efforts began to secure cultural artefacts. Employees of the Wawel Royal Castle floated a barge down the Vistula River with the most valuable historical objects, including the Szczerbiec and tapestries. After a dramatic evacuation through Romania, France and Great Britain, the tapestries reached Canada by boat, from where, after many turns of events they were returned to the Wawel Castle in 1961. 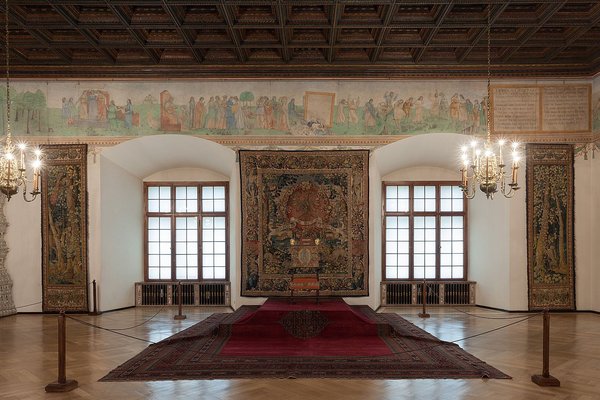 The collection consists of three series: monumental biblical-themed tapestries (history of Adam and Eve, Noah and the Tower of Babel), verdures with animals against a landscape background (due to the wealth of species presented in the tapestries, Magdalena Piwocka calls them the 16th century botanical and zoological atlases), and grotesques with Polish and Lithuanian coats of arms and the royal monogram SA (Sigismundus Augustus). The fabrics have different dimensions and shapes, the largest measuring 40 sq. m (5 x 8 m).

The cardboard templates for the monumental compositions were prepared by Flemish painters, including Michiel Coxie, which resulted in the highest level of artistic tapestries. They were called the movable murals of the North. Woven from the finest wool and silk with real gold and silver threads laced into the fabric, they reveal vivid colours and amaze with their wealth of details.

“Tapestries are extremely time-consuming to make, they are the fruit of the labour of a team of artists and craftsmen,” says Magdalena Piwocka. “The wonderful painting projects are reproduced by the woven fabric designs. The weaver masterfully led the shuttle, recreating every nuance, chiaroscuro, and ray of light. Everybody asks me how much the king paid for this collection. It will remain Sigismund Augustus’s secret. Contracts and bills were in fact destroyed on his orders,” Piwocka adds.

Due to maintenance work, only a part of the collection is exhibited in the Wawel Royal Castle’s chambers; the set of tapestries on display changes every five years.