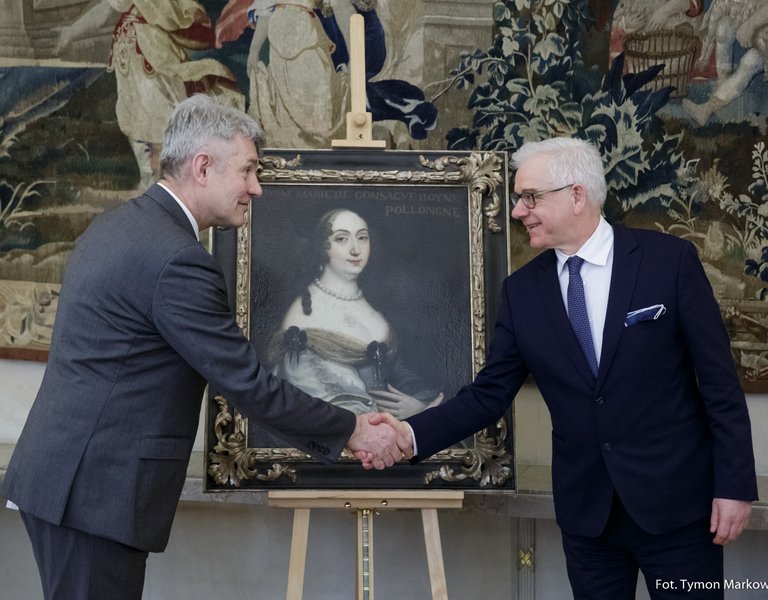 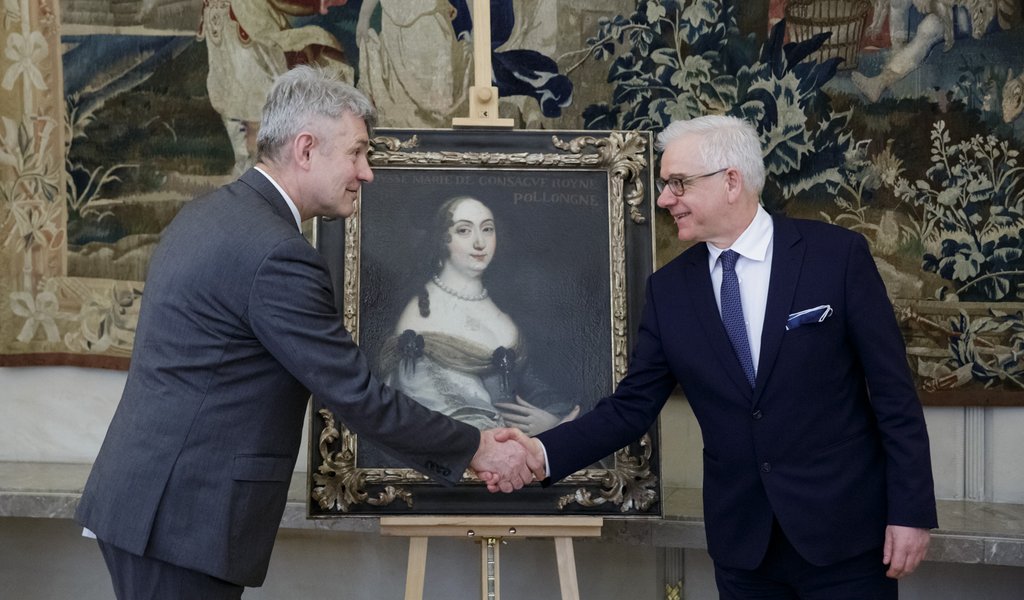 “Among activities pursued by the Polish foreign service there is one which brings exceptionally beautiful and valuable results. It involves acquiring works of art, which are then donated to museums across the country,” said Minister Jacek Czaputowicz at the hand-over ceremony at the MFA headquarters.

“It is thanks to the efforts of MFA staff, but most of all, the generosity and good will of the donors that I am able to hand over today three extremely important works that are closely connected with Poland’s history,” added the minister.

The acquired works of art include: an oil portrait of Queen Marie Louise Gonzaga de Nevers (1611-1667), wife of two successive Polish kings: Władysław IV in 1646-1648 and John Casimir from 1649, modelled after a painting (1646) attributed to Justus van Egmont, and a 19th century silver-plated samovar manufactured by Norblin Platter Works in Warsaw. The two gifts were donated by Dr Edward T. Wilson, a US citizen. The first one will become part of the collection of the Museum of King Jan III’s Palace at Wilanów, the other will go to the National Museum in Warsaw. The third gift comprises eight volumes of Louis-Pierre Anquetil’s Œuvres Historiques (1791-1793). The book was part of the Łańcut Palace library, which in 1944 was shipped out by the last entailer, Alfred Potocki, and became dispersed. The books were purchased by the Bloch Family Foundation, which has greatly contributed to a number of museums and libraries in Poland. They will be given to the library of the Castle Museum in Łańcut.

In the past 15 years, the Ministry of Foreign Affairs has been instrumental in acquiring almost a thousand works of art: gifts, including paintings (among others by J. Brandt, J. Kossak, S. I. Witkacy, J. Czapski, B. Czedekowski), books and documents (e.g. a collection of over 800 occasional prints from 1913-1924), and memorabilia and legacies of distinguished Poles (among others that of the Szembek family, Gen. K. Sochański, Maj. J. Trenkwald and Col. Wł. Belina-Prażmowski).