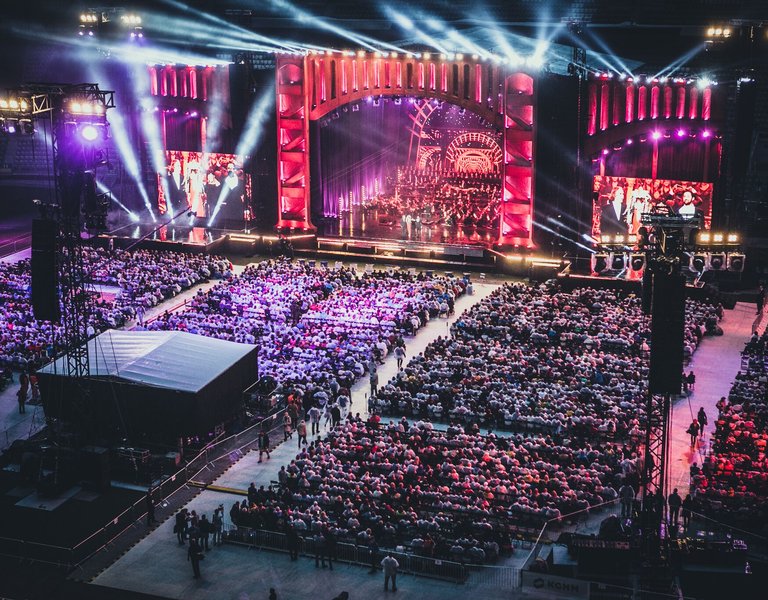 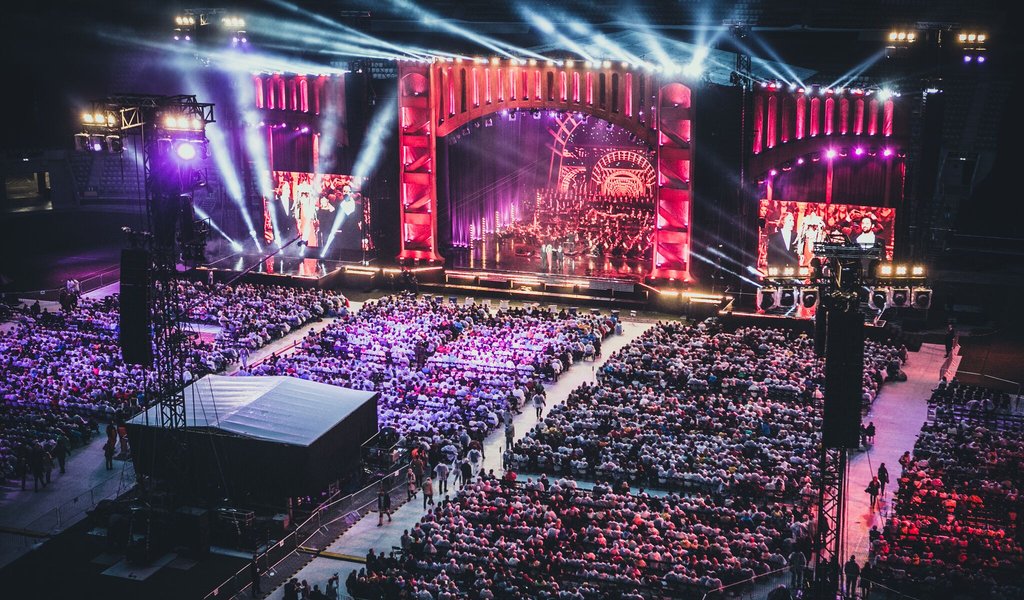 The outstanding finale of the ECoC Wrocław 2016

The Sky Web megashow, the largest Silent Disco in Europe and the Sound Play featuring outstanding actors at the Centennial Hall - all taking place in the city, including these managed to attract almost a hundred thousand residents of Wrocław to celebrate the finale of the European Capital of Culture together.

Attendants visited the exhibitions in galleries and museums in great numbers, enjoyed the dishes from the Wrocław Cookbook at various restaurants and cafés, and took great interest in the parades and street plays. Wrocław demonstrated that the European Capital of Culture is not just a title that will be gone after a year. The Wrocław Commenting Choir summed it up perfectly with their song - ECoC is in us - presented during the Closing Weekend of the European Capital of Culture Wrocław 2016 Programme gala.

This time the Centennial Hall served as the epicentre of all events. The Sky Web - the final instalment by Chris Baldwin - was presented three times under the largest dome in Wrocław. Each time the audience filled up the hall to the very last seat, which means that 10000 viewers watched the show as it unveiled. The performance presented the history of the city in the 20th century from the standpoint of its inhabitants. Wrocław is and always will be a mosaic of cultures, and this message accompanied the audience. On Saturday, after the last show the Centennial Hall was turned into the largest dancefloor in the city and the largest Silent Disco in Europe. Overall, throughout the whole night over 4.500 people danced to the music played by the legendary N.O.S. (Nogaś, Obszańska, Szydłowska) Collective. The venue was also full of culture the next morning, when Małgorzata Foremniak, Robert Więckiewicz and Arkadiusz Jakubik read the short stories by Sławomir Mrożek - together with their audience.

The Closing Weekend was a great opportunity for the lovers of visual arts, since many galleries and museums gladly welcomed them with free or symbolic admission and invited them to see the outstanding exhibitions prepared for the ECoC. The Four Domes Pavilion, the Gallery at the Main Railway Station, the National Museum, the City Museum and the Zajezdnia History Centre enjoyed great interest. The attractions also awaited for the visitors of the Wrocław Opera, who could take a sneak peek behind the scenes and learn more about the preparations for the first première of the new season - Verdi’s Il Trovatore. The opera was also filled to the brim during the première performances.

However, the tastiest bits were reserved for the lovers of good food. The restaurant owners, who participated in the ECoC project connected with the Wrocław Cookbook invited the guests, who had the opportunity to taste the dishes prepared by professional chefs, based on the recipes submitted by the residents of Wrocław themselves: buckwheat blintz, the Silesian Heaven, cheesecakes and poppy seed cakes delighted both the residents and the tourists alike.

The Closing Weekend programme comprised of over 100 artistic events, including multiple music projects, such as the 8th edition of the WROsound festival. The electronic sounds captivated the hearts of the listeners gathered at Impart venues, and theatre halls were transformed into clubs with alternative music. The Closing Weekend also coincided with two anniversaries: the 15th anniversary of OCN’s artistic activity, as well as the 10th anniversary of the National Forum of Music Choir led by Agnieszka Franków-Żelazny, curator of music in the ECoC Wrocław 2016.

The finale of the European Capital of Culture was also the final performance of the Wrocław Commenting Choir led by Marek Kocot, as well as Paweł Romańczuk’s “Samoróbka” workshop group. The year of hard work resulted in concerts which proved that culture is accessible to everyone.

On the weekend, the European Capital of Culture did not let anyone forget about culture in any corner of the city. The streets were traversed by various parades, including the gigantic marionettes offered by the Puppet Clinic Theatre and the Lviv Carollers. The square in front of the Main Railway Station was taken over by Teatr Snów from Gdańsk, and the cold passers-by could warm themselves up around the ECoC Information Points with braziers. Also impressive was the illumination at Dunikowskiego Boulevard, which became a visual hit on the Internet.

The Closing Weekend of the European Capital of Culture Programme started the time for summaries. Wrocław achieved success, as evidenced by the numbers presented during the ECoC closing gala. The 2000 events of the European Capital of Culture Wrocław 2016 programme attracted 5.2 million of participants (from June of 2015), the projects of the ECoC Wrocław 2016 were co-created by an army of 170 000 people, including 2 000 volunteers. The media published over 100 000 publications, broadcasts and TV programmes. The European Capital of Culture was also present abroad - in fact, a hundred times - in all corners of the world, starting from Japan and South Korea, through Kazakhstan, Ukraine and Spain. Apart from the successes in terms of attendance and image, in 2016 Wrocław saw many of the so-called “ECoC effects” - the residents actively participated in the events, becoming co-creators of the ECoC and showing that in Wrocław culture has become a social phenomenon, a giant stimulus for development and a way of living.

The Closing Weekend of the ECoC Programme is not going to spell the end of all cultural attractions in Wrocław. In just two weeks we are going to meet again to celebrate the end of the most cultural year in the history of the city and to look forward to the future together. Sylwester Wrocławski invites everyone for a great party. The alias hides great artists connected with Wrocław, who are going to give a great New Year’s Eve concert at the Main Market Square. Two stages, ten bands, dozens of artists and impressive lighting effects will make for a great farewell to this unique year. However, the ECoC title will stay with us forever. Wrocław - as you could see throughout all of the 12 months of 2016 - is truly a city of culture. A European Capital of Culture. And it will always be one - thanks to its residents and guests.