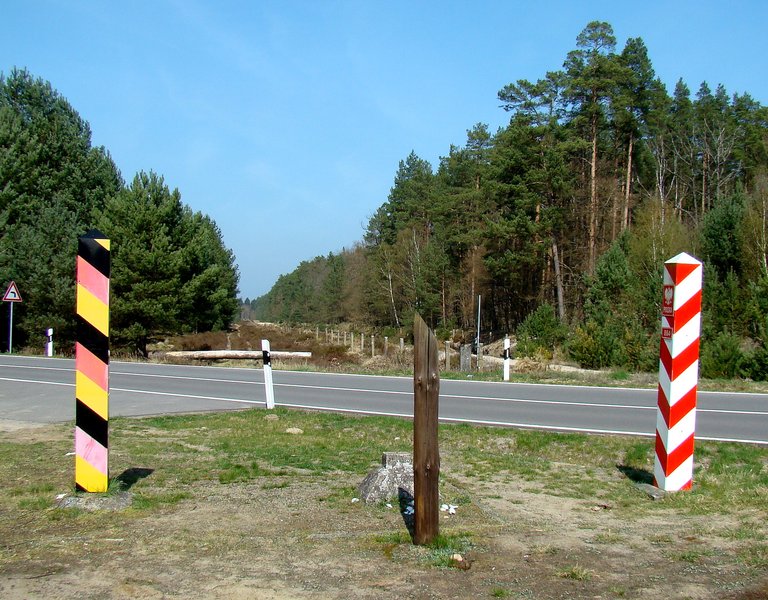 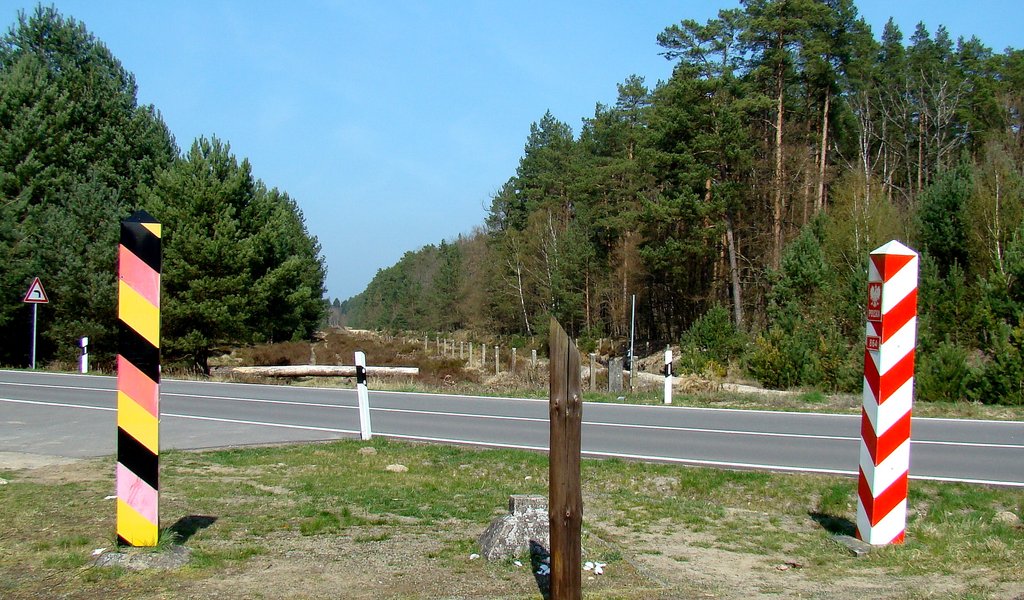 “Pizza from Poland” – an exhibition on the Polish-German borderlands

Brandenburg is celebrating the 25th anniversary of the Polish-German Treaty of Good Neighbourship and Friendly Co-operation with an unconventional exhibition in Potsdam titled “Pizza from Poland – New neighbours in old houses”.

“It is a treaty on good neighbourship, that is a document in which a quarter of a century ago Poland and Germany assured each other that: we are neighbours, we want to live in peace and mutual friendship,” explains the curator of the exhibition Martina Schellhorn, who is affiliated with the Brandenburg Centre for Political Education in Potsdam.

“Just how do we show this agreement? After all, it is difficult to copy it and hang it on the wall,” she asks rhetorically.

Martina Schellhorn is accustomed to thinking in images. Therefore she searched for an example of such good neighbourly relations in every-day life, a living embodiment of the Treaty.

Her idea for the concept of the exhibition crystallized when Marta Schuster came to Potsdam with a film about Polish settlers in Mescherin. Schuster was the first Polish woman to have a seat on the local council of Mescherin.

“We decided to take a closer look into the phenomenon of Mescherin. In the entire state of Brandenburg, villages are emptying whilst there the opposite is taking place, thanks to the presence of Poles the villages are flourishing,” Martina Schellhorn says.

Together with photographer Andreas Kaemper she spent several days in the village, talking to Polish and German inhabitants. The result was a portrait – captured in images and words – of a unique and yet at the same time typical for Brandenburg border-town, the state that shares the longest border with Poland.

The largest group of immigrants

In the last five years, the number of Poles living in Brandenburg has doubled. From 8,000 at the beginning of this decade to the current number of 15,000. In 2015 alone, 4,700 Poles settled in Brandenburg, making them the largest immigrant group. Most of them are between 25 and 45 years of age, that is the most productive working age. Poles founded and run 600 companies in Brandenburg (Germany: 11,000).

This is still far off from the situation in Berlin, where 4,200 Poles run businesses, although in Brandenburg Poles are among the largest group of foreign entrepreneurs. In 2011, 127 children were born to Polish migrants in Brandenburg; in 2015 this number had risen to 224. Out of the 235,000 pupils at Brandenburg schools, 1,100 are children born to Polish parents.

An enclave in the shadow of Szczecin

"Poles proved to be the salvation for villages such as Mescherin and Staffelde. All of these old houses here would have collapsed long ago. No German wanted to buy them back then,” says the Mayor of Mescherin. Volker Schmidt-Roy.

In the post-war years, until the creation of the GDR, the village of Staffelde (now part of Mescherin) located right next to the border with Poland was an extraterritorial enclave waiting to find out whether it would be part of Poland or Germany. The decision was made for it to be part of Germany. Former residents, including the family of Schmidt-Roy, began returning to the abandoned village.

“It seems that this is a piece of land that has been very generously endowed by nature, where people feel at home,” says the curator of the exhibition.

A few years ago, after the Poland’s accession to the Schengen area, Poles began settling in Mescherin and Staffelde, as well as in the entire Uckermark region. Mainly from Szczecin and surrounding areas. They were attracted by the ridiculously cheap – compared to Poland – real-estate prices as well as by the charming surroundings and proximity to Poland.

It is faster to drive to Szczecin than to drive through congested city traffic. Some people, like Martha Schuster, grew up in Germany where their parents had emigrated to, and moved to Poland as adults but soon felt that something was missing. In Germany they missed Poland, whilst in Poland they missed Germany. In Uckermark they found both homelands.

"I wish that we would stop talking of Polish or German neighbours and rather just say neighbours. I believe that the people living here in the Uckermark are very similar to Poles. Larger differences exist between town and village,” says Marta Schuster, who is quoted in the exhibition.

"I have to say one thing: Poles do more on their plots of land than we do. And there are a lot more precise,” says another resident of Mescherin/Staffelde, the 60-year-old Axel Biseke.

“Is it not brilliant? That one sentence shakes up all prejudice, stereotypes,” says Martina Schellhorn. Every fifth inhabitant of the 400-person village is today a Pole.

"In the future, I think that 90 per cent of Staffelde residents will be of Polish origin. Szczecin is nearby, as are other big cities, places that no town can compete with,” says Axel Biseke.

"Unfortunately there is no Polish kindergarten teacher"

This is one of the main problems, which the exhibition also draws attention to. In the nearby kindergarten in Tantow, there are 41 Polish children and 26 German children. But there isn’t a single Polish teacher.

"It is vital to create such a position, perhaps using money from the EU," stresses the director of the kindergarten.

There are also other issues, such as theft. However, no one in the village accuses any of their neighbours.

“The thieves come further from the east," they say.

“One of the interviewees admitted to me that he has a problem with his neighbours. I thought to myself, here we go, now I’m about to hear the usual,” says Martina Schellhorn.

The issue at hand was to do with a Pole mowing grass during afternoon quiet time.

“This is not a Polish-German conflict, but simply a typical neighbourly dispute. What a relief,” Schellhorn says.

Another problem was the lack of a snack stand, because the restaurant – run by a Pole – only opens in the evening.

"No problem, we order our pizza from Poland,” Mescherin residents point out.

“That's everyday life. Is it not amazing?” Schellhorn adds.

The "Pizza from Poland – New neighbours in old houses” exhibition will be on display until at the Brandenburg Centre for Political Education in Potsdam until 19 April 2017. This is a traveling exhibition and interest has already been expressed by Szczecin and Cottbus.

It is a translation by Poland.pl of the article originally published in Deutsche Welle in Polish / www.dw.com.