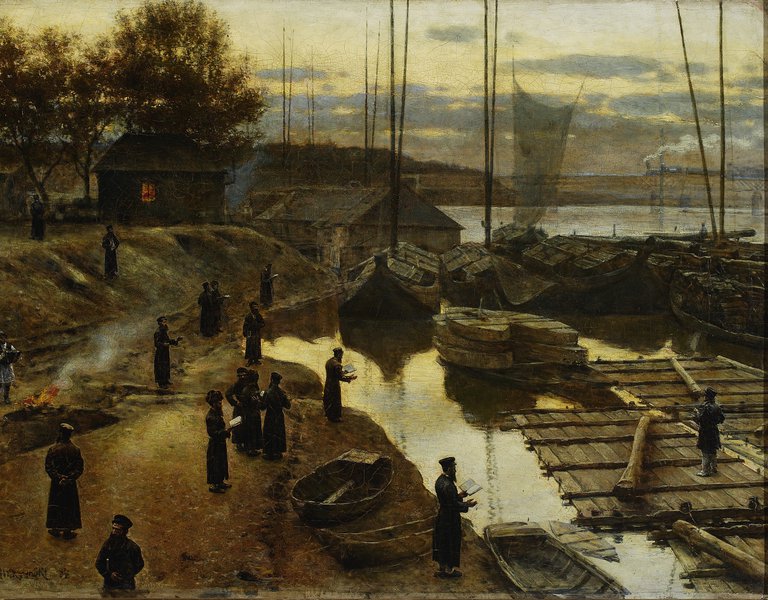 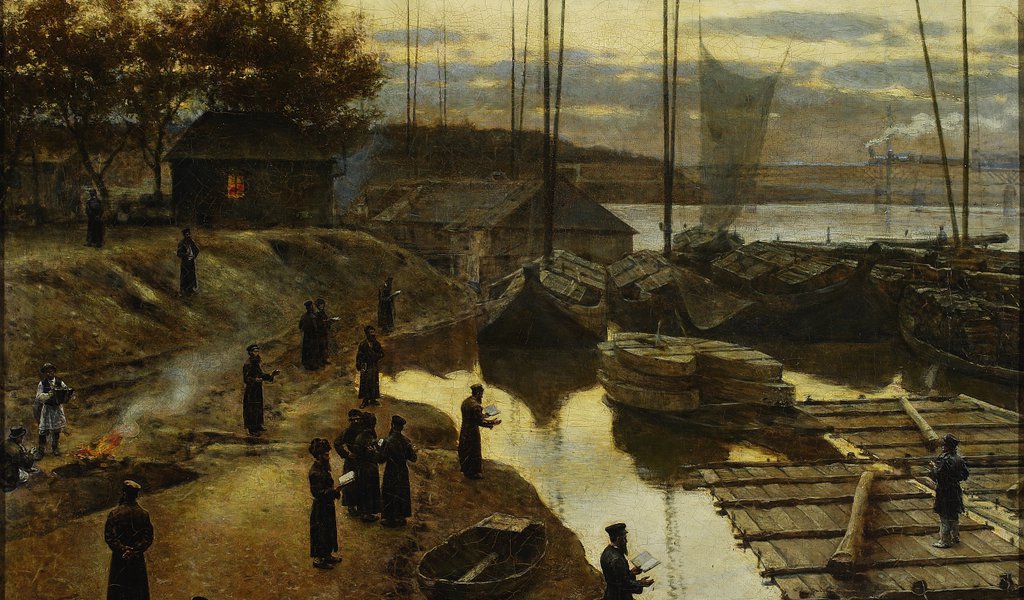 The Poet of Light in Warsaw

The National Museum in Warsaw presented a unique exhibition of paintings by Aleksander Gierymski. Apart from the jewels of European art, it also included works that have never been publicly displayed before, such as the Sass Garden or the Sketch to the Judgment Scene from Shakespeare's Merchant of Venice.

Paintings by Aleksander Gierymski demonstrate fascination with light. The painter tried to fathom its essence and show it with paint on canvas. Gierymski's works resemble photos. His best known Jewess with Oranges stands against the background of Warsaw as if captured by a camera lens. That is why Gierymski is often called the poet or even the minister of light.

Aleksander Gierymski is one of the most prominent representatives of Realism. Yet in his private life, he was far from adopting a cool, realist attitude. He had a very difficult character; he was quick-tempered, scrupulous and had a low self-esteem, which intensified frequent changes of mood. He smoked a lot. He worked and slept in his atelier. It is believed that he applied paint to the canvas directly with his fingers. 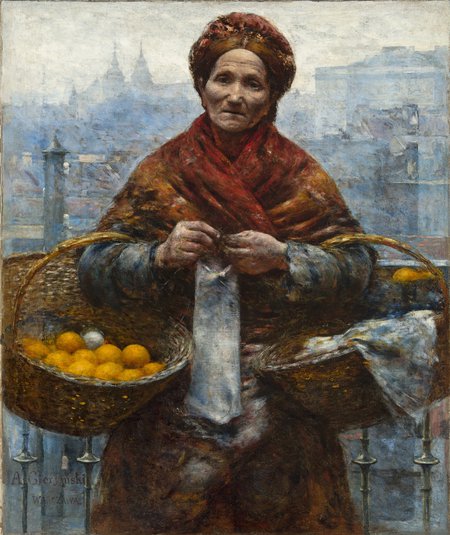 ‘Gierymski was a great artist, and at the same time, a tragic person,’ says Ewa Micke-Broniarek, exhibition's curator from the National Museum in Warsaw. He subordinated his private life to art, never started a family and led a solitary life until death. Burning inside, consumed by the pursuit of an undefined illusion of artistic ideal, he ended his life in the state of extreme physical and mental exhaustion. ‘His solitary death in a psychiatric hospital in Rome became the final note of the myth about the fate of an artist – sensitive, with extraordinary individualism, but misunderstood and underestimated by his society,’ concludes Micke-Broniarek.

The exhibition entitled ‘Aleksander Gierymski 1850–1901’ was one of the most complete and rich expositions of this artist's works that had been displayed for 76 years. Until 10 August 2014, visitors were able to admire almost complete works of the painter, including ca. 120 paintings and oil sketches, ca. 70 drawings, one sketchbook and almost 110 woodcuts made on the basis of his drawings. They included real jewels of European art, e.g. the Twilight over Seine, Jewess with Oranges or the Feast of Trumpets.

The exhibition included numerous woodcuts made on the basis of the artist's drawings. ‘Illustrating was for years an important part of his creative work. It was often his only source of income, yet it has been poorly recognised and underestimated by the contemporary history of art to date,’ explains Ewa Micke-Broniarek from the National Museum in Warsaw.

‘Works unknown to the broader public in Poland, not to mention abroad, include paintings from private collections. Some of them – such as the Sass Garden or the Sketch to the Judgment Scene from Shakespeare's Merchant of Venice have never been publicly displayed,’ says Ewa Micke-Broniarek. ‘Also his early work Before the Duel, which has been a part of the collection of the Jozef Pilsudski Institute of America in New York, has been practically unknown to the Polish recipients,’ adds Micke-Broniarek.

It is not the first time that the works of Aleksander Gierymski are displayed in the National Museum in Warsaw. The artist was also the protagonist of the exhibition inaugurating the operation of the National Museum in its new building in Aleje Jerozolimskie in 1938. Another presentation of his works took place in 1951 on the occasion of the hundredth anniversary of his birthday and the fiftieth anniversary of his death. 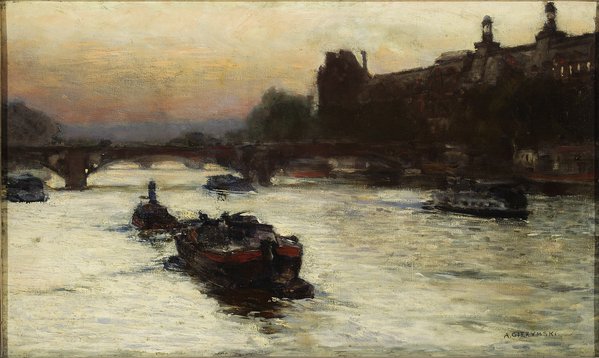 The exposition was accompanied by a rich programme of events. These included Sunday lectures delivered by art historians dedicated to the painter's biography, Thursday lectures on the artist and his works, as well as meetings within the series entitled ‘Musical impressions – guided tours of the exhibition’. A special form of lectures was adjusted to the needs of people with hearing or sight impairment. Audiobooks with recorded curator's guidance about the exhibition were also helpful.

The ‘Aleksander Gierymski 1850–1901’ exhibition was a part of the ‘Gierymscy Brothers’ project carried out by the National Museum in Warsaw and in Krakow. It is in Krakow that the works of the painter's older brother Maksymilian were be displayed. The exposition entitled ‘Maksymilian Gierymski. Works, Inspirations, Reception’ was opened to visitors from 25 April to 10 August 2014.

Both exhibitions remind us of the influence of both Gierymscy Brothers on the development of Polish art. Still in the 19th century, they were declared the authors of modern Polish art.