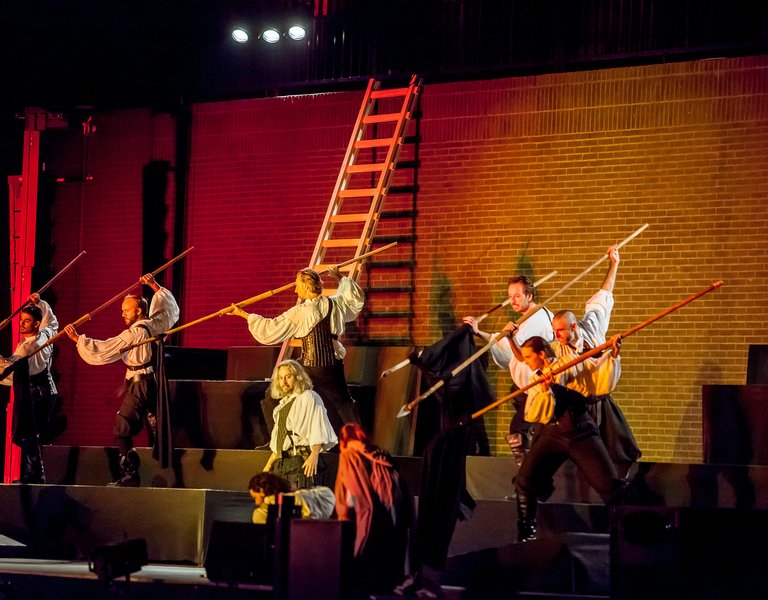 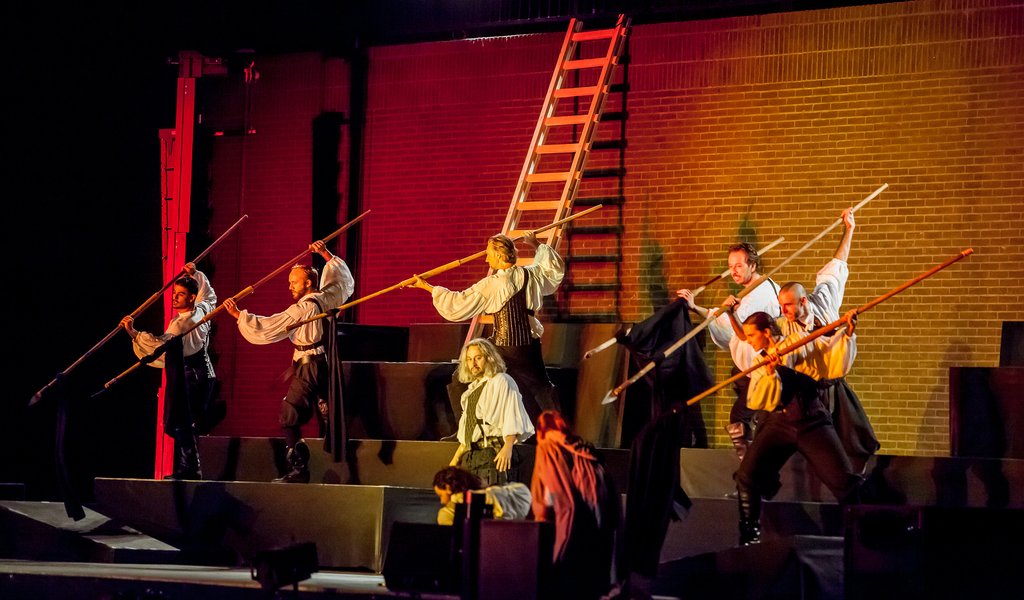 On the 20th anniversary of its existence, the Shakespeare Festival confirmed its promotional power: last year's winner of the festival – King Lear by Jan Klata from the National Stary Theater – will now be shown on 6 August at the 44th Festival Internazionale del Teatro, as part of the Venice Biennale.

Last year's winner exposed the intricacies of exercising secular and religious power, and the fall of Europe’s last court (the Vatican). The play survived the death of Jerzy Grałek, its leading actor, who appears in visualisations.

And the issue of power, raised back then, is particularly relevant 400 years after Shakespeare’s death.

The crisis and decline of power will be at the centre of all competition plays to be staged this year, despite different forms they represent.

Barbara Wysocka demonstrated her intuition by putting on Julius Caesar at Warsaw's Powszechny Theatre before the parliamentary elections. Now that power in Poland is exercised by one party, a performance in which one man concentrates all power in his hands must be exciting to watch.

Caesar was assassinated by his political friends. Of course, there are no exact similarities between Poland and Rome, and the director’s intention is not to create crude analogies. Playing Mark Antony herself, who seized power after Caesar, she prefers to expose politicians’ demagoguery in theatre: something that could be ironically called a lack of “good change”.

According to Wysocka, the “good change” never comes. The only change is that of the demagogues at the helm, all of whom bandy around empty promises and slogans. The finale of the performance is bitter. First, we watch an aircraft disaster, presented metaphorically. The audience in flames tilts like the presidential plane. And after that we hear the memorable speech by General Jaruzelski on the introduction of martial law. Wysocka seems to say that no matter which sequence of our history we look at, an insidious struggle for power was always there.

In her adaptation of Shakespeare's The Tempest, Anna Augustynowicz of Szczecin’s Contemporary Theatre cast Bogusław Kierc as Prospero. An actor and a poet, Kierc is best known for his role of Krzysztof Cedro in Wajda’s The Ashes.

“13 years ago I wrote a monodrama based on texts from my book Zaskroniec (Grass snake), with Prospero as the main character,” he told Rzeczpospolita. “Now it’s Prospero’s cruelty that puzzles me and I wonder how he finds himself similar to Ariel and Caliban whom he torments. Even the tempest he causes to bring his enemies on the island is a kind of refined cruelty, just like the subsequent mental and physical torture to which he subjects the others. All this shows a demonic and dark side of the enlightened prince.”

Deposed by his brother, Prospero used to be considered a victim. However, since 1989 Polish theatre has seen him as a man who lost power because he had neglected his rule and family. Detached from life, he woke up when it was too late.

Also the title character of Krzysztof Garbaczewski’s Hamlet, staged at the National Stary Theater, is far from being perfect.

“The title character can be referred to as Europe’s idol,” says the director. “We would like to identify with the beautiful prince, but he also reflects European fears. He would like to repeat lofty platitudes, which prevent him from seeing how the world has changed and what walls separate us from others. Hamlet evokes Greece’s problems, immigration and jihad. These issues are the context for the performance, but they do not manifest themselves openly. They are rather brought on stage by installations by Ola Wasil­kowska, who created a kind of fortress - Elsinore castle.”

The play staged in Krakow will feature three Hamlets. And this is not all. Gdansk will host the Quantum Theatre Group and its director Arash Dagdar, who come from Iran with their version of Hamlet.

“The Iranian Hamlet reminds me of our performances from the communist era,” says Prof. Jerzy Limon, director of the Shakespeare Festival. “It is an allusive theatre, marked by strong references to a socio-political reality which is not favourable. An important role in this world is played by Polonius. The whole team of his collaborators is shown as an apparatus of censorship and oppression.

Jerzy Limon also recommends an Israeli performance directed by Nava Zuckerman: “Just like in Garbaczewski’s adaptation, this play is a combination of several texts, including Shakespeare's Hamlet and Hamlet / Machine by Heiner Muller. It is a modern performance, yet made with great finesse, both literary and theatrical.”

The famous Romeo Castelluci and his Societas Raffaello Sanzio will also present Julius Caesar. Their play exposes the conflict between the spiritual and the physical, the visible and the invisible, tracing the animosities between father and son.

The classic musical Kiss Me, Kate has already been on since 1 July. The show, based on motifs from The Taming of the Shrew, has been coproduced by the Musical Theatre of Gdynia. Music by Cole Porter and the play with theatrical forms at the Gdansk Shakespeare Theatre are its highlights.