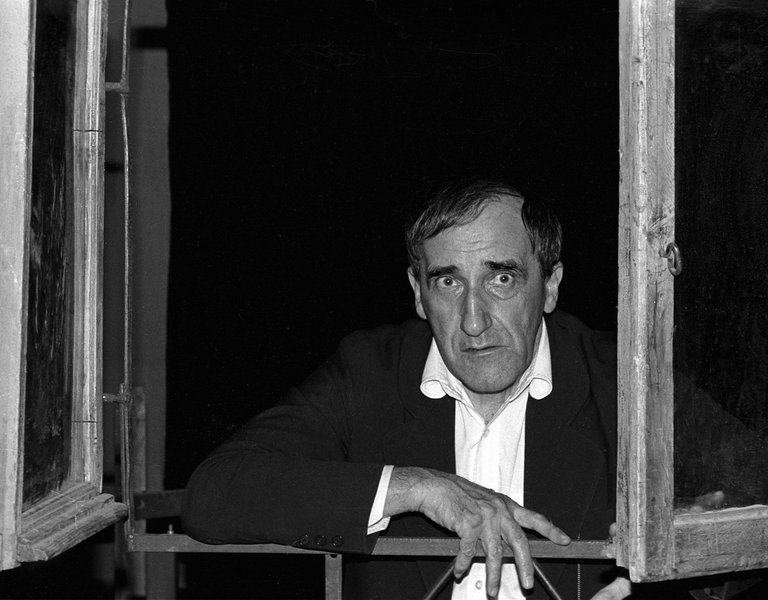 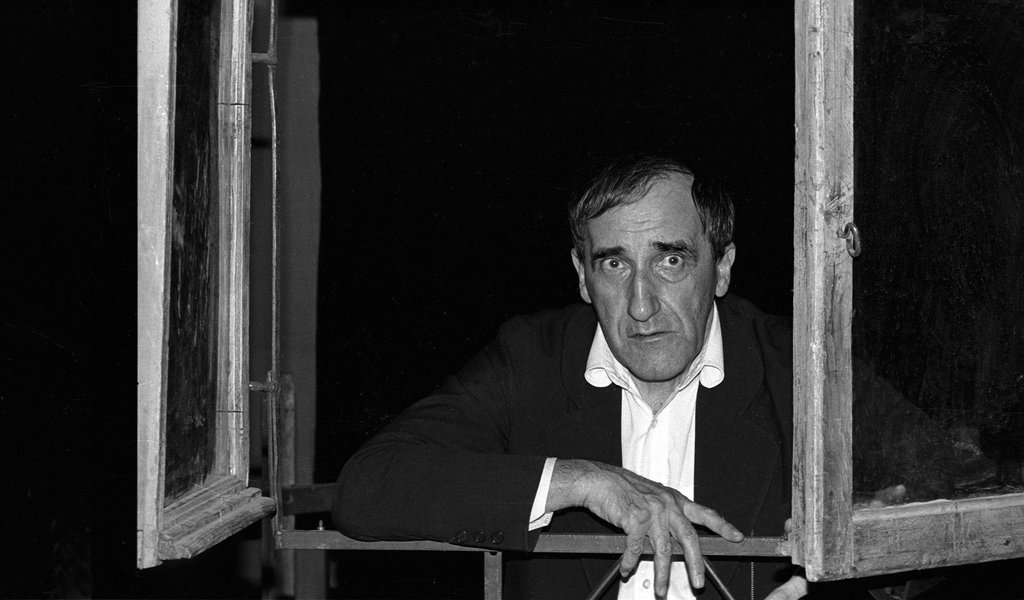 Public theatre opens up to people

The world owes it Kantor and Grotowski but Polish theatre still has much more to be discovered. This year, Poland is celebrating 250 years of its public theatre and, on 6 April, the 100th anniversary of Tadeusz Kantor’s birth.

“This is a good opportunity for theatre to open up to people,’ for Poles to run across it in unexpected situations: on stations, trains, on their way to work,” explains Professor Dariusz Kosiński, the deputy director of the Zbigniew Raszewski Theatre Institute. As part of Polish theatre’s jubilee, he wants to show how strong the social influence of theatre has always been. This is why “We’ll experience it in the theatre” (“Przeżyjemy w teatrze”) is the motto of the 250th anniversary celebrations that the Institute coordinates and that comprise dozens of educational and theatrical projects, exhibitions, contests and urban space activities. “It’s supposed to emphasise that this is living, creative matter which gives us the possibility to commune with a living piece of art and to experience it,” Łukasz Orłowski, press spokesman for the Theatre Institute, says in an interview for Polska.pl.

Juliusz Osterwa, a famous Polish actor and director, used to say that “public theatre is not an enterprise but endeavour.” And as such, it played an immense role in maintaining Polish statehood during the partitions of Poland and in the communist period.

The 1967 staging of Adam Mickiewicz’s Dziady (Forefathers’ Eve), directed by Kazimierz Dejmek, was considered an anti-communist patriotic manifesto against the Soviet Union. The play touches upon the struggle against the Russian occupier in the 19th century, when Polish soil was under the rule of Russia, Prussia and Austria. Premiered on 25 October 1967 in a modern adaption starring the famous actor Gustaw Holoubek, the drama was perceived politically. The Communist party, which back then governed Poland, banned the play. After the last performance on 30 January 1968, students held demonstrations, shouting “independence without censorship!” Thirty-five people were arrested and in the following days students from Wroclaw and Warsaw collected thousands of signatures in protest concerning Dziady. Thus theatre in Poland not only became a commentator of reality. Its history has become the story of the country’s socio-cultural changes. 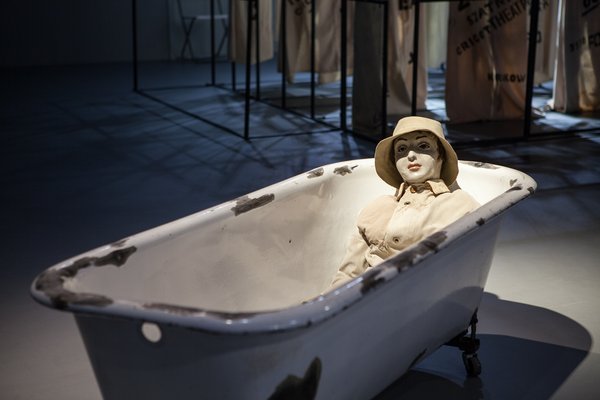 “I need to be there, just like being on a firing squad. To me, a performance is similar to an execution,” Tadeusz Kantor (1915-1990), one of the most world-famous Polish theatre directors, used to say. The artistic method of a director who did not accept any boundary between art and life, is still relevant today, despite the popular saying that nothing grows old faster than the avant-garde.

He was the forerunner when it comes to combining different art domains, e.g. painting and theatre. He believed that a painting can be brought to life if it is transposed into three dimensions. He implemented this idea already during the war, when he staged Balladyna and Powrot Odysa at the underground Independent Theatre as well as at the Cricot 2 Theatre (1955-91, from 1961 in the Krzysztofory Gallery in Krakow), where he created and implemented a rule which had the audience as a participant in its own right in the artistic event. Theatre formed a new relation between the actors and spectators. “The Cricot 2 Theatre puts forward an idea of a theatre becoming entirely a work of art, functioning according to its own rules and justifying only its own existence, in contrast to a theatre which is ancillary to a particular genre,” Kantor noted in his writings. Today, numerous theatres around the world follow this idea.

Kantor’s most famous plays, Dead Class and Wielopole, Wielopole, are still being staged abroad. Dead Class from 1975 touches upon Kantor’s experiences of growing up in a Jewish town, most of whose inhabitants were murdered during WWII. Kantor died in 1990, a few months before the premiere of his play Today is My Birthday.

Apart from theatre, Kantor, who graduated from the Academy of Fine Arts, fulfilled himself in visual arts—painting, graphics and scenography for his theatrical performances. He created “objects of art” which were parts of the scenography in his plays (e.g. the famous big chairs, which are now in Hucisko near Krakow and in Wroclaw) as well as paintings made of found items.

In Poland, Kantor was the forerunner of such novelties in art as happenings, art informel (“shapeless art,” which was popular in European painting of the 1950s and used free expression thorough white daubs or lines free from any compositional rigour) and conceptualism (a trend in 20th century art that involved focusing on the creative process as such).

Since 1980, the Centre for the Documentation of the Art of Tadeusz Kantor Cricoteka has been operating in Krakow. In September 2014, it moved to a new office in the historic buildings of an old power station.

Early February this year saw the official launch of the 250th jubilee celebrations of public theatre. The event was held at the National Old Theatre in Krakow—an heir to a legacy of King Stanisław August’s acting troupe, which gave its first performance exactly 250 years ago. Even though Polish theatre has its roots in medieval religious theatre, 19 November 1765 is regarded as the beginning of public theatre. On that day, King Stanisław August Poniatowski’s troupe staged a comedy titled Natręci (The Intruders) directed by Józef Bielawski. It was then that the still existing institution of a National Theatre was established. The King’s theatre staged foreign language plays by Moliere, Racine, and Corneille, and commedia dell’arte, opera and ballet plays, among others. 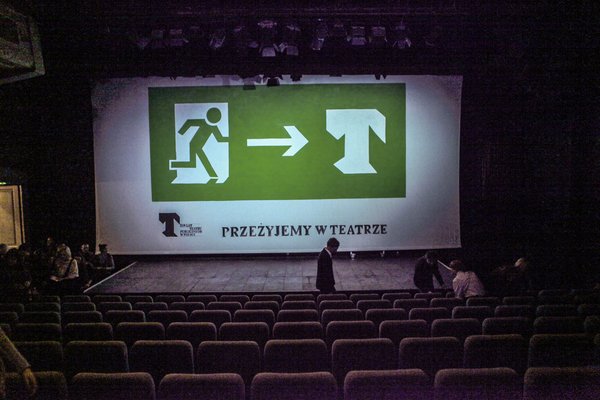 On 23 May, all public theatres in Poland will be selling tickets for PLN 2.50 as part of the “250 Groszy Ticket” initiative. “Until today, 100 theatres have signed on for the project. We want this day to be a fixed event on the holiday calendar as a Day of Public Theatre,” explains Mr Orłowski. The initiative will be financed by the Ministry of Culture and National Heritage. Moreover, the Institute will organize “theatre tour guides” in the biggest Polish cities, or tours of the important places in the history of theatre. The most popular Polish visual artists, illustrators and muralists such as Janek Koza, Marek Raczkowski and Jakub Wojnarowski will promote the events.

According to Joanna Nawrocka, a theatre scholar and culture manager, the director of Ochota Theatre in Warsaw, which opened again after a three year-long renovation break, all actions are greatly needed that would encourage Poles to visit theatres. “Still only a small number of people see theatre as a pastime. It remains a form of elite entertainment, no matter if we’re talking about more difficult theatre that offers more demanding art, but also tries to get the audience used to it, or more accessible one,” says Ms Nawrocka in an interview for Polska.pl. She adds, however, that audience numbers cannot go up forever: “Theatre is a living art—the buildings have their limited capacity. You can encourage everybody to read books, but you can invite only a fraction to go to the theatre. This is normal,” she emphasises.

As a part of the “Living Classics” contest, the Ministry of Culture and National Heritage co-financed the staging of over 20 classical plays directed by leading Polish artists. We will see the following premieres in March: Adam Mickiewicz’s Dziady directed by Paweł Passini and staged in the Puppet and Actor Theatre in Opole; Stanisław Wyspiański’s Akropolis, directed by Anna Augustynowicz in the Modern Theatre in Szczecin; and Stefan Żeromski’s Przedwiośnie (Early Spring), directed by Natalia Korczakowska in the Wybrzeże Theatre in Gdansk. Juliusz Słowacki’s Lilla Weneda, directed by Michał Zadara in the Powszechny Theatre in Warsaw, will premiere in August.

According to Ms Nawrocka, classical plays will sell out in no time. “Today, most of adaptations of classical plays in Polish theatres are so interesting, and this particularly applies to Dziady, that there is no need for any special actions to attract the audience,” believes the director of Ochota Theatre.

The celebrations will have their culmination on 28 November, when the results of the contest for staging Polish classical literature will be announced at the National Theatre in Warsaw. Besides the plays co-financed by the Ministry, the contest will feature dozens of others. The Wojciech Bogusławski Main Prize will be allocated for the production of a piece of repertoire chosen by the winner by the end of the 2016/2017 season. The jurors will also award individual prizes and honourable mentions in various categories (e.g. directory, acting, scenography, music etc.) as well as the Stanisław Hebanowski special prize for the most interesting new repertoire.

On the occasion of the anniversary, the Theatre Institute will also prepare an Electronic Encyclopedia of Polish Theatre, a compendium that will integrate the existing digital resources with new archives, linked to an e-library and e-reading room for magazines. There will also be a School Theatre Library for teachers and culture managers. 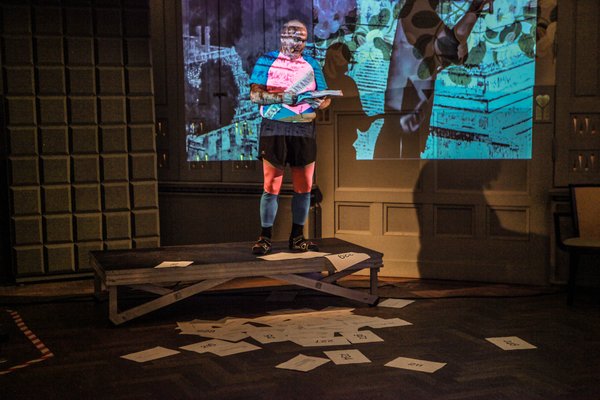 The Modular Days of Polish Theatre, a series of interactive lectures, workshops and video presentations addressed to international academic and theatrical circles, have been planned at all diplomatic missions around the world. Among other things, they will offer art lovers a chance to see an exhibition of Witkacy’s experimental photographs titled Witkacy. Photographs.

The World Congress of Polish Theatre Scholars will be held in September, bringing together leading foreign theatre researchers.