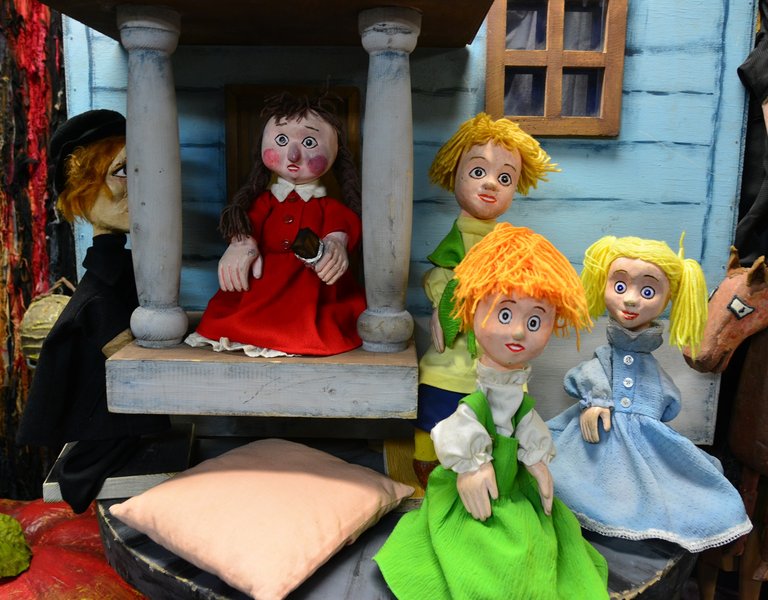 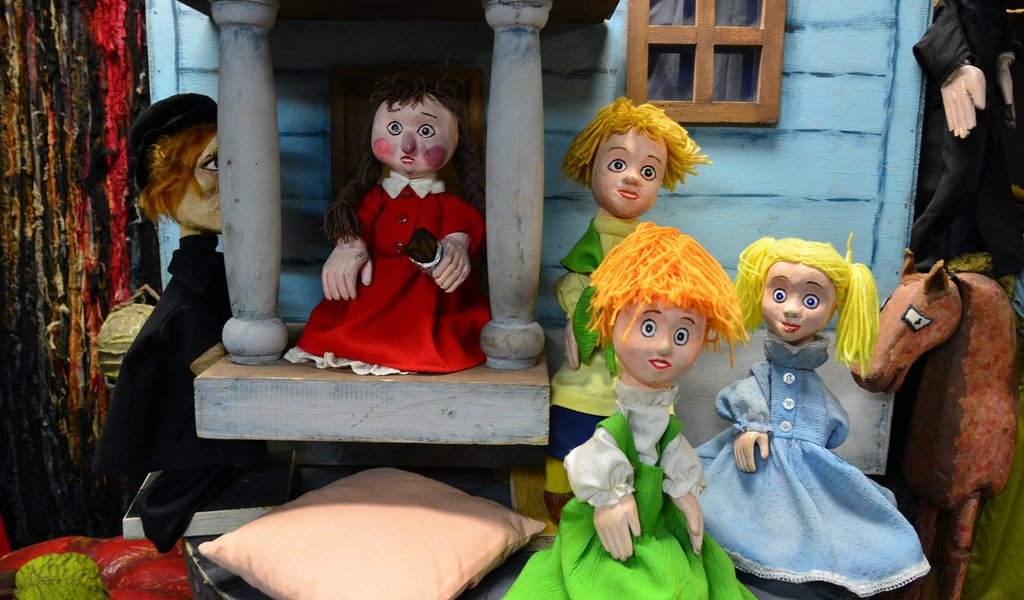 The Bialystok Puppet Theatre is one of the best places in Poland to watch a puppet show, and a pride of the Podlasie region’s capital city.

Four men are huddled up in a wind-battered tent. They are Robert Scott and his three companions who went on the famous expedition to the South Pole in 1912. By this point they already know that they won’t be coming back. Starving, ill and exhausted, they are about to depart this life. At this dramatic juncture in the play puppets take over from live actors, flying into the sky on ice floes... 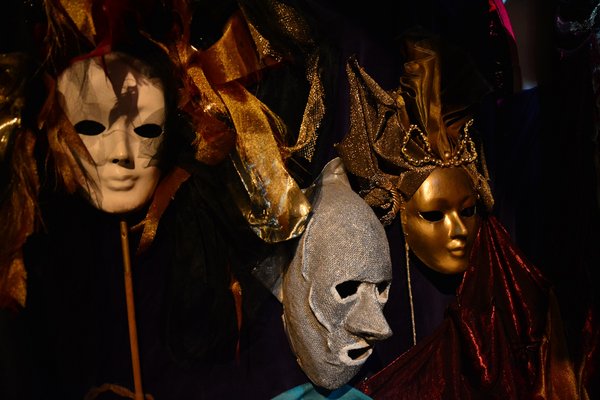 Vladimir Nabokov’s moving drama The Pole, directed by Ewa Piotrowska in 2007, is one of the best known productions of the Bialystok Puppet Theatre (BTL). Thanks to its perfect interplay between puppeteers and puppets, and austere stage design complete with video screenings and mesmerizing music, the performance has won a raft of prizes, including Grand Prix at the 5th International Puppet Theatre Festival “Petrushka the Great”, hosted by the Russian city of Yekaterinburg.

BTL was one of the first puppet theatres in Poland to stage adaptations of Polish and international literary classics for adults, works by Mrożek, Lem, Boccaccio, Calderon, Gogol, Goethe and Dostoyevsky.

“Puppet shows are widely believed to be only for children, but the BTL has challenged this stereotype. We act also for adults, and we do it on purpose,” says director Jacek Malinowski.

BTL traces its origins to an amateur puppet theatre set up back in 1937. Its quarters at 1 Kalinowskiego street in Bialystok were the first in Poland to be purpose-built for a puppet theatre, featuring three stages that cater to the needs of different kinds of puppeteering. A drama school was founded at the BTL in 1974. The next year, it was transformed into an out-of-town Puppeteering Department of the Warsaw-based State Academy of Drama (today: Aleksander Zelwerowicz National Academy of Dramatic Art). At the time, it was one of few such institutions in Poland and Europe. 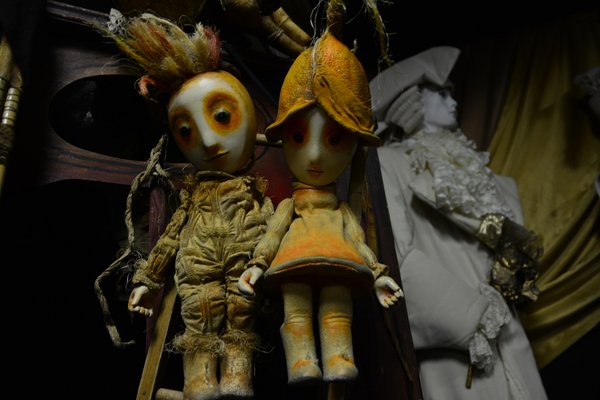 Most of the puppeteers at the BTL and other Polish puppet theatres are alumni of this school. With 27 full-time actors, the BTL has Poland’s biggest puppeteering company. “There is a close link between the BTL and the Puppeteering Department. Our actors are also academic teachers. The coupling of an experimenting and curious group of students with a mature theatre company results in unconventional and well-crafted productions,” says Jacek Malinowski.

BTL also has its own atelier. I meet there Małgorzata Koniczek, Anna Gołębiewska, Bogusława Borowik and Lilia Bakal, who show me around their kingdom. “Everything starts with the stage concept. The stage designer comes up with the idea of a puppet, the technicians make the skeleton, and we take care of the rest: body, hair, clothes, shoes. Everything’s consulted with the stage designer, but he, too, sometimes makes concessions. The key thing is that the puppeteer should be able to work his puppet easily. The hands and legs must move smoothly to let the actor manipulate them freely,” says Małgorzata Koniczek.

The biggest challenge? “Each puppet’s a challenge. The hardest work is with painstaking stage designers who pay attention to every last detail. Others look at the stage more holistically, from a distance, and are not particular about details. We must accommodate both approaches,” explains Koniczek. 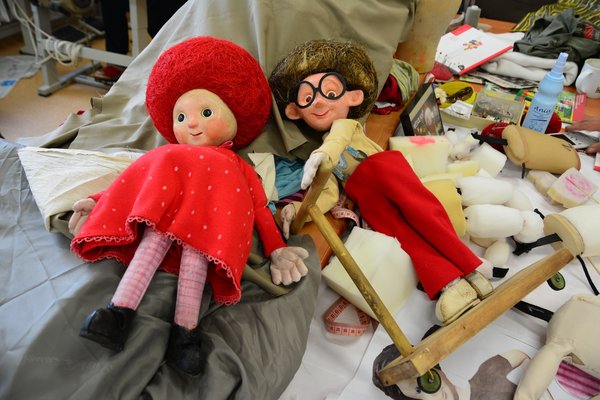 One of the BTL’s most quirky places is the Puppet Cellar, a storage room where the public can marvel at scores of dummies, hand puppets, Javanese rod puppets, marionettes, masks, costumes, stage props and bits and pieces of decoration from plays that are no longer on the bill.

“Can you hear this?” Lilia Bakal is turning the key, pressing the door handle and giving me a meaningful look. Hardly ever oiled, the door opens with a loud and long creak. It’s a great prelude to the world of fairy tales.

Some puppets are as old as the theatre itself. They are real works of art. Pink ribbon curls, baker’s twine dreadlocks, a coat made of taped paper: the imagination of stage designers and the creativity of puppet makers know no bounds. When talking about puppets, Lilia grows affectionate, as if they were her children: “This is Bonawentura the Dragon, this is Basilisk, and that’s the nasty toad from Thumbelina. We have only decorations left from Guliver. This is Before the Third Cock Crows by Shukshin, a big show featuring over 30 puppets. And that’s Chopin and George Sand, a spitting image, isn’t she?” 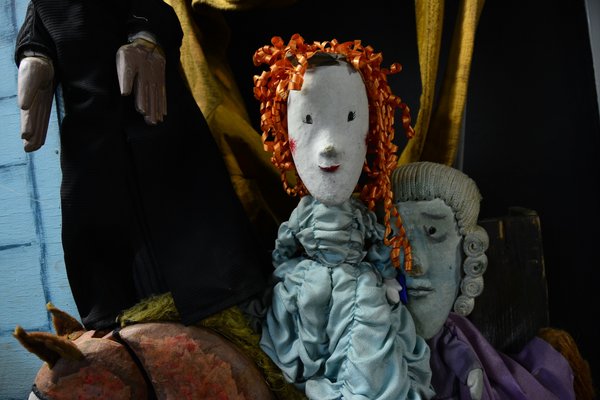 In the puppet theatre it’s all for real

Marek Waszkiel, BTL director in 2005-12 and current head of the Theatre of Animation in Poznan, on what makes the puppet theatre special: “In the theatre of actors we meet people who play their parts. In the puppet theatre every hero has to be created. A human protagonist or a spoon – you must build everything from scratch. I could see a live actor at the theatre one day, only to come across him drinking beer at the pub the next day. This way I know it’s all acting. But in the puppet theatre it’s all for real. If well-made and broken in, puppets make fantastic protagonists. An imaginative artist who has the courage to take on things that are unlike anything that surrounds us can become a God-like creator of reality. We humans are always involved in specific situations and events. But the puppet is about generalization. We think of the puppet theatre as good for children. And it certainly is! But it’s also good for very sensitive people.