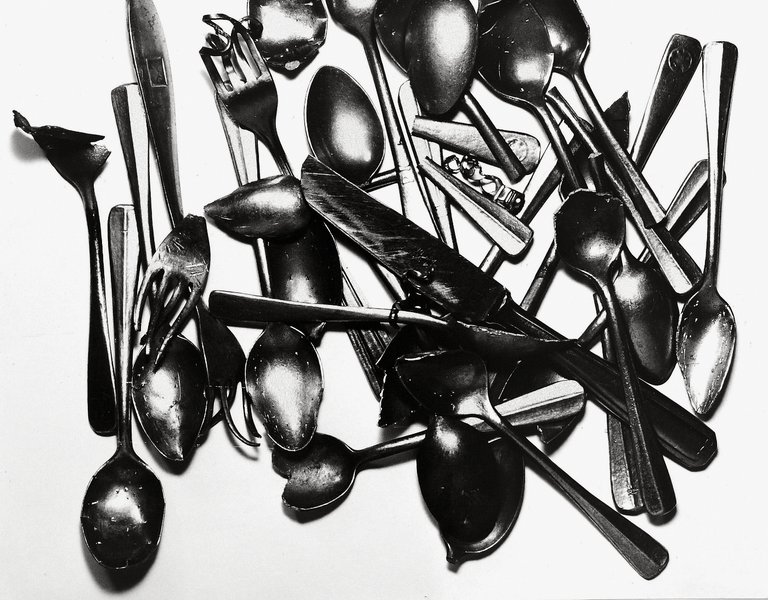 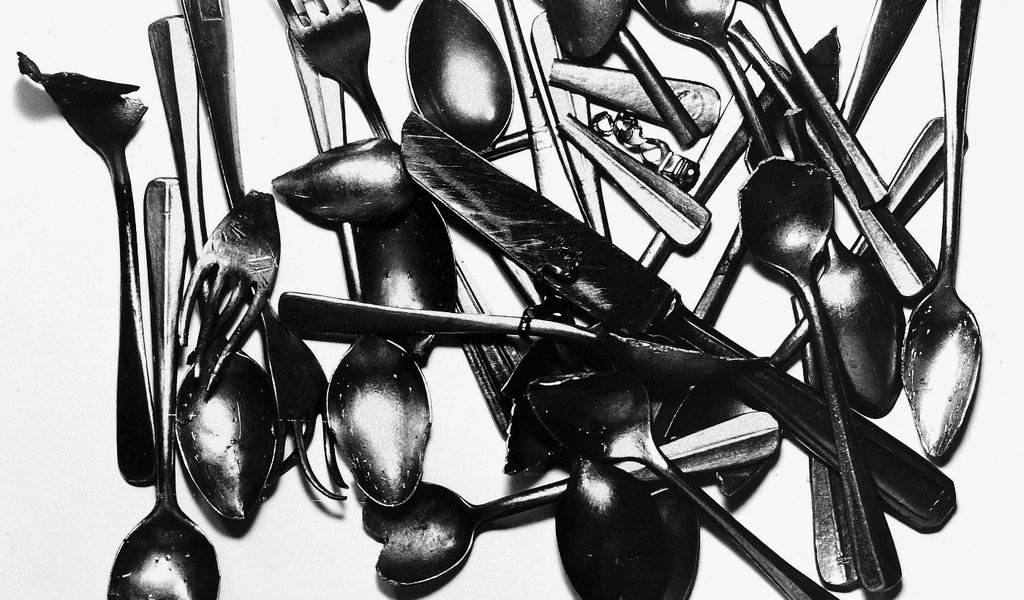 Images that were etched on to a silicon disc and launched to the Earth orbit as a proof of civilization on Earth were presented in Krakow at the 12th edition of the Photomonth.

To the untrained eye, all bones look similar, but scientists can see more than bone owners would like to reveal. Marks that life leaves on the human skeleton are in no way comparable to those left on photographic film by exposure to light – say Thomas Keenan and Eyal Weizman, scientists. Their exhibition entitled "Forensic Aesthetics" was one of the most interesting projects displayed at this year's 12th edition of the Krakow Photomonth which took place from 15th May until 15th June.

– This year’s slogan is: "Re: Search”. We want to investigate the relation between photography and knowledge and show how one serves the other. It is a well-known fact that photographers use research methods in their work, while scientists make use of photographs in theirs – says Agnieszka Olszewska, Event Director.

Such mutual penetration of knowledge and art is most explicitly shown at "Forensic Aesthetics". Its authors prove that final court rulings are often based on photographs which document not only the crime scene, but also subsequent stages of criminologists' work based on reading the victim's "osteobiography". In the Pauza Gallery we will be able to see, among others, a photograph of the skull belonging to Józef Mengele, a Nazi doctor known for conducting human experiments. Mengele's exhumation in 1985 is considered to be a turning point in criminal sciences. 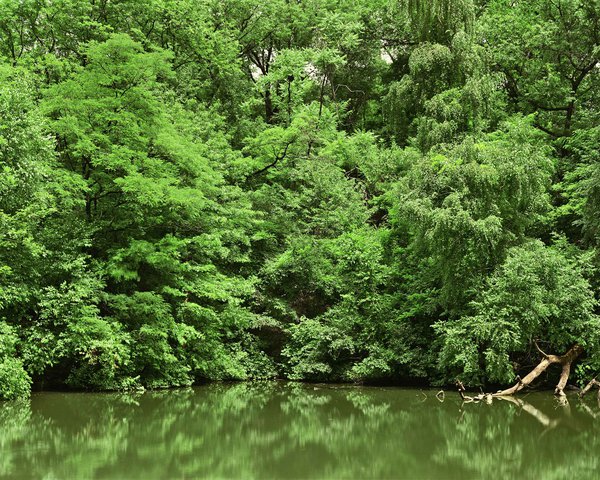 A completely different approach is presented by curator Aaron Schuman, an American photographer and publisher of online magazine "SeeSaw" living in Great Britain. His "Personal Ethnography" is a journey in search of his Polish roots. The great grandson of Franciszek Feret from Galicia knew little about Poland before visiting the Etnographic Muzeum in Krakow. All he associated with Poland was borsch and a few family keepsakes. Schuman's exhibition is focused on researching the regional cultural heritage from the point of view of an "alien" and so among the photographed objects visitors will find an antique magnifying glass and a map of Galicia.

One of the most interesting exhibitions held in the Stramach Gallery during the Art Month is entitled "The Last Pictures" by Trevor Paglen. It displays images that in 2012 were etched on to a silicon disc and sent to Earth orbit, fixed to the telecommunications satellite EchoStar XVI. In cooperation with scientists, including NASA astronauts, psychologists and sociologists, Paglen, an artist and geographer, selected one hundred images. Work on the collection took him five years and resulted in selecting images of, among others, a forest, dictionary page, La Sceaux paintings, a ship in the Suez Canal, two photographs of a melting glacier – from 1940 and 2006, and a waterspout. "The Last Pictures" are to be a proof of civilization on Earth in case it was destroyed.

The relationship between photography and science is presented from a methodological perspective in "The Picture Collection" by Taryn Simon. The artist wanted to research the principles governing the way in which photographic materials are categorised in the New York Public Library. The exhibition held by MOCAK makes visitor think about categories and hierarchy of pictures to be used in further work. 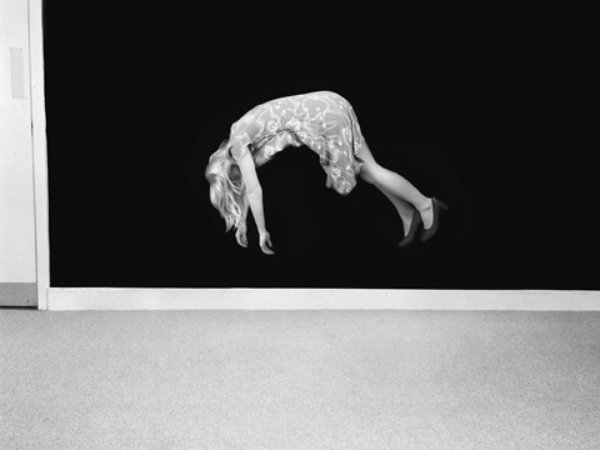 The Photomonth programme provides for nine primary exhibitions hosted by Krakow galleries, such as "Radiation" curated by Wojciech Nowicki or "Further Reading" by Clare Strand. The experimental section presents "Echoes" by Jakub Woynarowski, who is contemplating the potential impact of photography on senses other than sight.

The Krakow Photomonth also offers an elaborate programme of accompanying events including photography workshops, screenings of films about photography and the Portfolio Review, which allows amateur photographers to confront professional assessment.

In the 12-year history of the Photomonth, the subject of science has appeared for the first time. The last edition investigated the relationship of photography and fashion and in 2012, for 10th anniversary, it presented the life work of photographers appreciated by curators and a review of British photography. – The programme is always developed from scratch and the way which leads us to the final concept is different every time. This year, the mission of establishing the festival's main programme has been entrusted to Aaron Schuman, a recognised critic, publicist and curator. From among all ideas submitted by curators from all around the globe, his idea turned out to be the most fascinating – says Tomasz Gutkowski, co-organiser of the Photomonth and its director for the past 10 years, currently a member of the festival' board.

As organisers admit, the event grows every year and is visited by more and more people. – I suppose that people start recognising photography as a field of art. They notice that it may not only document events, but also serve as a critical description of the world. What's more, photography collections are slowly gaining popularity – says Tomasz Gutkowski. He is right – pictures taken by famous photographs which at the start of 21st century oscillated around PLN 100, now reach several thousand. Also, new photo art galleries are opened in many cities.

Photomonth, organised by the Foundation for Visual Arts since 2001, is part of the "6 Senses" project that comprises the most significant Krakow cultural events. It belongs to two organisations that concentrate similar events in the world: Festival of Light and Photo Festival Union.

Most significant photo galleries in Poland

The Asymetria Gallery – located in an apartment in a historical tenement at ul. Jakubowska 16 in Saska Kępa in Warsaw; it is the first gallery to run a showroom devoted to historical photography, mostly from the 50s, 60s and 70s of the 20th century. The Gallery also sells photographs by such artists as Zbigniew Dłubak, Zofia Rydet, Andrzej Strumiłło, Leonard Sempoliński, Fortunata Obrąpalska and Marek Piasecki. It was founded in 2009.

The Refleksy Gallery – a gallery located in an apartment in one of the tenements in Mokotów at ul. Narbutta, Warsaw; since 2006 it has been involved in presentation and sale of Polish collector's photographs by, e.g.  Bogdan Konopka, Krzysztof Pruszkowski, Grzegorz Przyborek, Marian Schmidt, Basia Sokołowska and Paweł Żak. The Gallery also offers photography workshops run by outstanding Polish photographers.

The ZPAF Old Gallery – opened in 1947 in Warsaw at the Association of Polish Art Photographers – the most significant organisation gathering photographers in Poland; for almost 70 years now, the Gallery has been showing works by the most significant Polish and international artists. Since 1996, it also runs photography auctions for collectors. Following the system change of 1989 and birth of the free market, ZPAF Management decided to make an impact on the market of emerging collector's photography. Almost all significant Polish photographers had their works exhibited in the ZPAF Old Gallery.

The Obok ZPAF Gallery – a gallery supervised by the Association of Polish Art Photographers, located in the Association's headquarters. Since 2006, the OBOK ZPAF Gallery has been hosting exhibitions that review the contemporary Polish photography and sells Polish and foreign collector's photographs, including those taken using non-standard and digital techniques and new media. The Obok ZPAF Gallery exhibited works of such artists as Georgia Krawiec, Christoph Mueller, Patrycja Dołowy, Maciej Nabrdalik.

The Leica Warszawa Gallery – founded in 2010 on the second floor of a Warsaw tenement house at ul. Mysia in Śródmieście; it exhibits contemporary Polish artistic and documentary photography and trades in collector's copies. Several dozens of exhibitions which the Gallery hosted for the first four years included works' reviews of such artists as Vivian Maier, Anita Andrzejewska, Agnieszka and Maciek Nabrdalikowie. In 2012, the Leica Warszawa Gallery became a part of the Leiki Galleries chain which associates nine institutions from nine metropolises in the world (Frankuft, Newy York, Salzburg, Solms in German land Hesse, Tokio, Prague and Vienna).

The Gdańsk Photography Gallery – located in the National Museum in Gdańsk; the Gallery organises temporary exhibitions for the most prominent Polish and foreign photographers; it is the headquarters of a museum section that collects, prepares and makes historical photography available. The GPG's collection comprises 800 works of photography art, mostly on paper but also in the form of negatives, diapositives and daguerreotypes. They are divided into four sections: Gdańsk Photography, Kresowa Photography, Artistic Photography and Varia Studio. The oldest photographs date back to 1870. The core of today's collection was donated to the Gallery in the form of entire family archives and photograph collections in 1995 by the Association of Polish Art Photographers of the Pomerania District.

The Pauza Gallery – located on the second floor of a 19th-century tenement house at ul. Floriańska, a gallery and a photography reading room which presents works of classics and beginners. The Gallery hosts the Krakow Photomonth exhibitions.