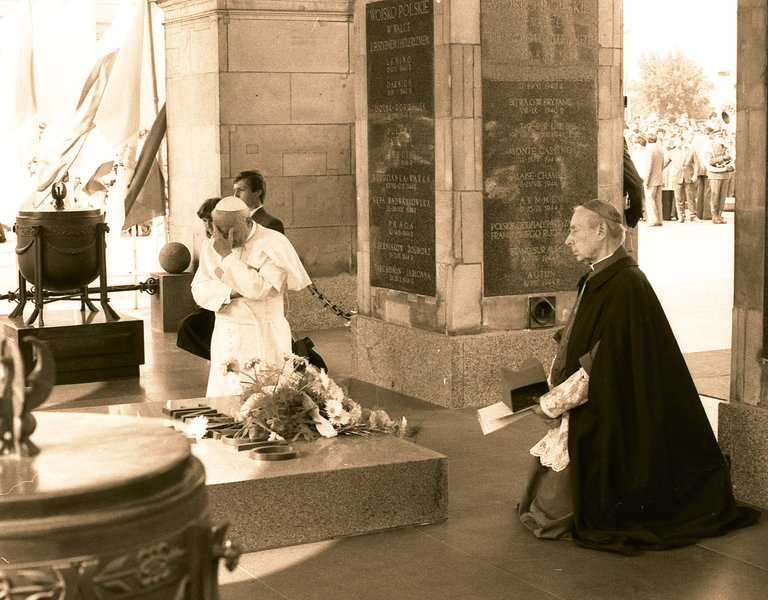 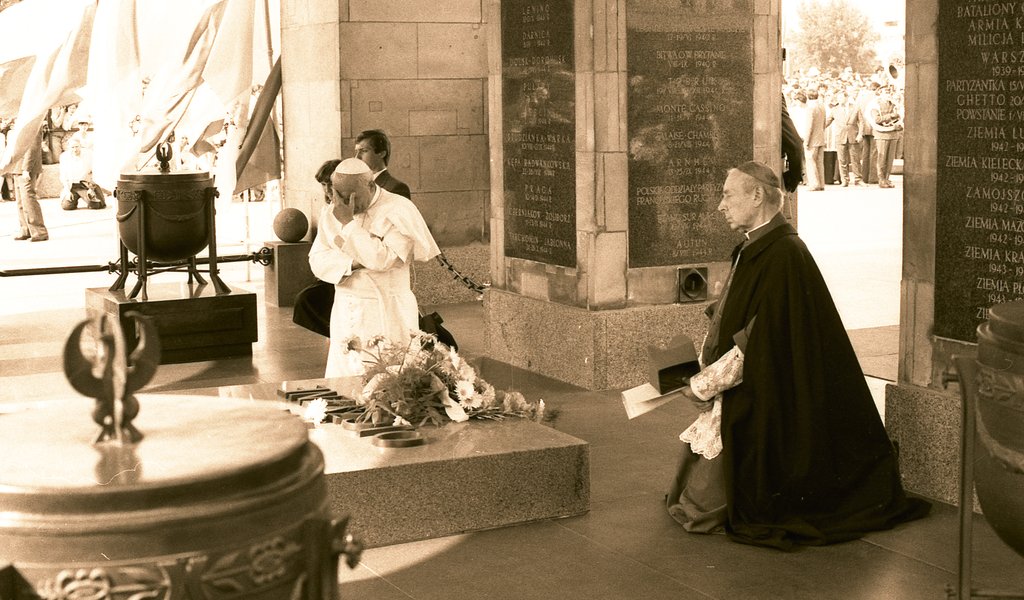 Suffering reaches us all

Realized by Paul Woldan and based on his script, the spectacle „Totus Tuus" consists of two parallel themes. The first theme, framing the narrative, focuses on the time after the attack on the Pope in St Peter’s Square on 13 May 1981 and his stay at the Gemelli clinic, where his life was saved. The second theme consists of retrospective scenes from the life of Karol Wojtyla before he became pope.

“I thought that these paths are complementary and run parallel to each other,” the director explains. The retrospective scenes were chosen in such a way that they portray what Cardinal Wojtyla was going through, when he became aware that we would become pope. In his sermon, which was delivered after the death of John Paul I in the Church of St. Stanislaus in Rome, he said that to accept the dignity of the papacy is to agree to the adoption of the cross, which happened on 13 May 1981 when an attempt was made to take his life. His 27 year-long papacy was also concluded in suffering, the passing of John Paul II was a symbol of the cross.

Suffering not only affects religious people, it affects us all. Many of us experience illness and certain pain barriers that can change the way we see our lives. Are we ready to take on this pain, and such challenges? This is exactly what this spectacle is about.

Pawel Woldan has produced dozens of biopics, including on Primate Stefan Wyszynski, Karol Wojtyla and the Polish Church.  Asked what the most important component of a spectacle is – the documentary or feature layer, he replies: “My experiences have proved to be very valuable. All scenes are based on documents, memories, conversations with witness, both living and those who are no longer with us. But there are also situations that I have fictionalised. When Karol Wojtyla finds out about the death of Pope Paul VI while at camp with the Półtawskis, I thought it would be appropriate to make it appear as if it was raining at the time, with the sound of thunder bellowing the horizon. Later, Cardinal Dziwisz told me that this is actually how it was.

Scenes depicting John Paul II papacy span from 1963 to 1981. The director portrayed two, in his opinion little-known, facts: “First is the moment when Karol Wojtyla finds out about the death of John Paul I and drove to Warsaw’s Wolski Forest in order to come to terms with this information in solitude at the Chapel of the Virgin Mary. The second episode is related to a meeting with Bogdan Cywinski, a writer and opposition activist who had been kicked out of his job. As a result, Cardinal Karol Wojtyla hands him an envelope filled with money – funds for his scholarship. It is the first time that we tell this story so clearly.”

Asked whether he was not concerned about creating a hagiography, Pawel Woldan says: “We tried to show Wojtyla as a normal human being.  Our aim was not for the actor Ireneusz Czop to pretend to be the pope, but rather for him to find Wojtyla in himself. And he played a man,” he said.

The cinematography was done by Jarosław Żamojda. The scenes were shot in authentic locations: in the Archbishop's Palace in Krakow, in the room on Miodowa Street where Primate Wyszynski died, at Jasna Gora, in Choszczówka.

“Authenticity was essential,” says Pawel Woldan. “The only place we didn’t manage to shoot in was the Apostolic Palace. And instead of the warm sea in Ostia, we filmed on the Baltic,” Woldan adds.