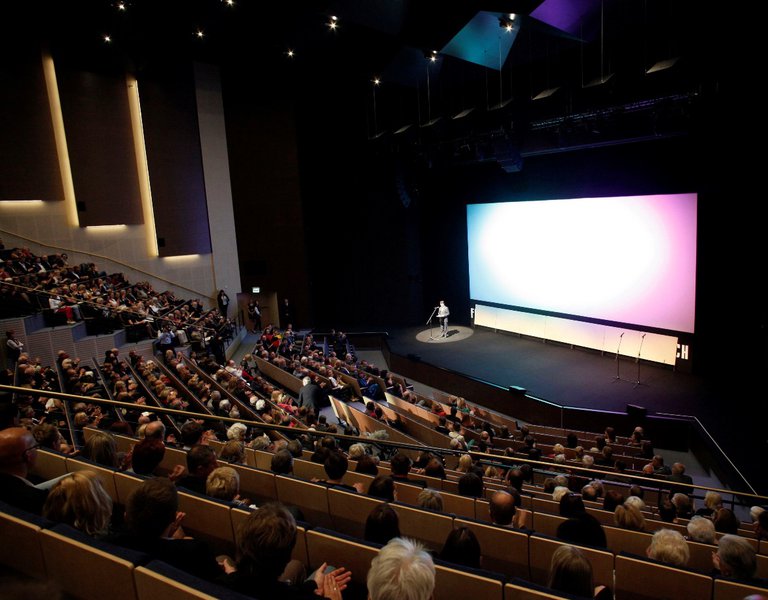 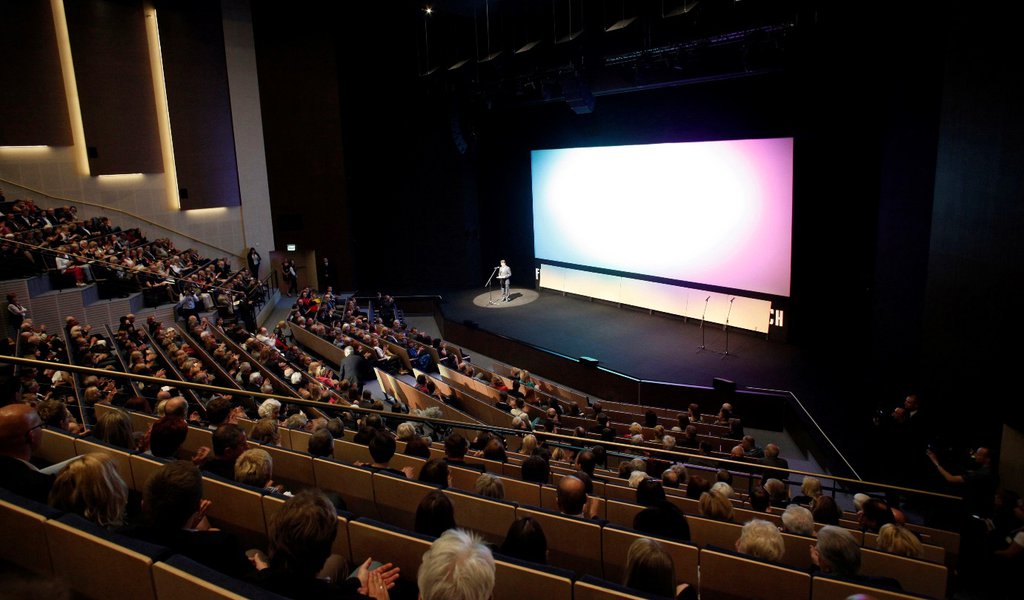 The homeland of Andrzej Wajda, Roman Polański, Krzysztof Kieślowski and Agnieszka Holland may take pride in numerous world-class film festivals. Almost every major city in Poland organises its own film festival while smaller towns are involved in niche reviews.

Many tourists visiting Vistula in the summer enjoy the festival offer – some of them come specifically for that purpose.

– Poland does not have any so-called A-class festivals where the greatest film makers would show their work, because this market is shared exclusively by Cannes, Berlin and Venice. Nonetheless, Polish festival culture is very rich. We organise about a hundred festivals, many of which earn global recognition. Such strong-brand festivals include the OFF Plus Camera, T-Mobile New Horizons, Camerimage, Warsaw Film Festival and Gdynia Film Festival – Michał Oleszczyk, PhD, film connoisseur and art director of the Gdynia Film Festival says in an interview with poland.gov.pl. – We also organise many excellent smaller events, such as Krakow Film Festival, which is one of the oldest short film festivals in Europe, Two Riversides Film and Art Festival in Kazimierz Dolny or Kino na Granicy (Border Cinema) in Cieszyn – adds Michał Oleszczyk.

Films on both sides of the border

Although the Film Review "Border Cinema" is niche, every year it attracts thousands of film fans to Polish and Czech Cieszyn – towns divided by the border. Last year, at the Festival in Gdynia, the organisers of Border Cinema received the award of the Polish Film Institute in the category of International Film Event. The festival, which takes place at the turn of April and May, saves many outstanding works of Polish and Czech cinematography from oblivion and presents works of extraordinary film makers at retrospective reviews.

In 2014, the 16th festival edition's retrospective hero was a Slovak documentary and fiction filmmaker: Dušan Hanák, whose films were long forgotten on censors' shelves. Another retrospective concerned works of a director – cameraman duo from the 60s: Janusz Majewski and Kurt Weber. The third retrospective was a selection of the most interesting screenings of Franz Kafka and Jaroslav Hašk's prose by directors from Central and Eastern Europe.

OFF Camera – popularity of independent cinema

Since its first edition in 2008, the International Festival of Independent Cinema OFF PLUS Camera has become one of the most important film events in Europe. The Main Prize amounting to USD 100 000 and sections devoted to independent cinema from all continents attract not only the most significant off cinema directors, but also Hollywood actors who agreed to star in a low-budget independent production. The OFF Camera creators wanted to familiarise their audience with original, intriguing and often challenging images selected at the greatest world festivals and make as many people interested in niche cinema as possible. Every May, Krakow arts cinemas screen debut films by directors from all around the world. Several of them enter the Main Competition "Route Setting" ("Wytyczanie Drogi") in which the main prize is the Krakow Film Award amounting to USD 100 000. 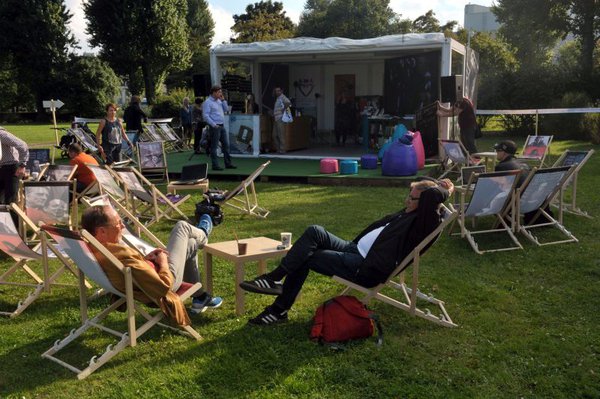 The programme for the 7th edition also provided for the retrospective of Stanley Kubrick's work for the 15th anniversary of his death. On 4th May, Stanley Kubrick's widow Christiane Kubrick and the producer of his films – Jan Harlan were invited to Poland to open an exhibition devoted to the American director's works in the National Museum in Krakow. The exhibition comprises more than 1000 objects, including scripts, manuscripts, costumes worn by actors in his films and camera lenses used by Kubrick. The exhibition, which for the past 10 years was touring the world and has already visited Paris, Los Angeles and Rome, will be open until 14th September.

Another great festival organised this summer: 14th International Film Festival T Mobile New Horizons made Wrocław from 24th July to 3rd August pulse with cinema and it will not be the easiest in reception, as "New Horizons" from definition go beyond the conventional cinema. This year, the viewers can choose from 340 films entered into five competitions: the International Film Festival New Horizons, International Competition "Films about Art", Competition of Short Polish Films, Competition of European Short Films and a new section – Magnify, where artists from Wrocław and Lower Silesia can enter their video clips and video-installations.

Followers of the French nihilist writer were also drawn by this year's Berlinale's hit – "Kidnapping of Michel Houellebecq". The script is based on a rumour that Houellebecq did not show up at his book's premiere in Belgium, because he had been kidnapped by Al-Qaeda for criticising Islam. Another special screening of "20,000 Days on Earth" presents 24 hours from a life of an Australian singer and poet, Nick Cave. 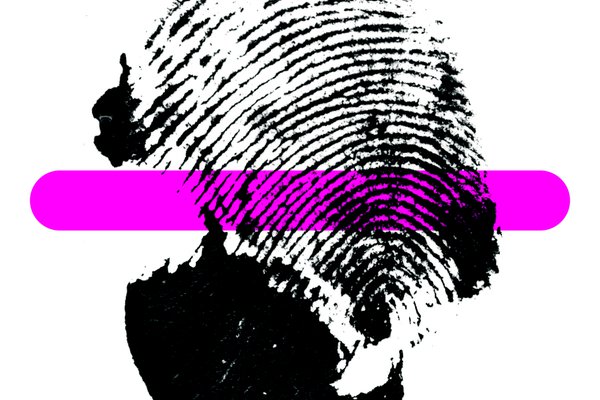 The Festival was enriched by a review of contemporary Greek cinema which is blooming despite the economic crisis.

The first edition of the International Film Festival T Mobile New Horizons was organised in 2001 in Sanok. In 2002-2005, the festival took place in Cieszyn and since 2006 it is hosted by Wrocław. The idea of the festival is to present images that transgress the traditional cinema boundaries. Authors of the festival wanted to bring "directors that go against fashion, individualists displaying their own style and language which cannot be forged" closer to the audience. The creator and director of the festival, Roman Gutek, explains that each year the organisers, following their own taste, select films which, due to the power of expression, cannot be forgotten. New Horizons is a member of FIAPF (Fédération Internationale des Associations de Producteurs de Films) with its registered office in Paris and its organisation is supported by the EU MEDIA Plus programme.

The film summer ended with the most important festival for the Polish film industry: Gdynia Film Festival that took place in the period from 15th to 20th September. 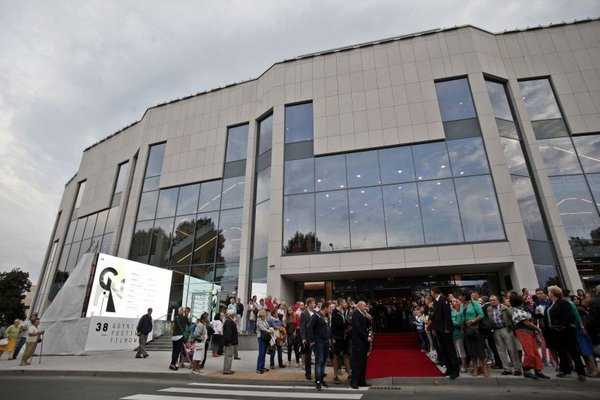 For six days, the most significant Polish films premiered in 2014 were screened in Gdynia and the audience was given the opportunity to meet outstanding artists of the Polish cinematography.

The Gdynia Film Festival is one of the biggest and most prestigious film events in Poland, a heir of the 1974 Festival of Polish Feature Films. Every September, the festival turns Gdynia into the most important film venue in Europe, where the finest Polish images compete for the Golden Lions Award. The festival includes a review of feature films made in Poland since the last edition of the festival. From the very beginning, the festival’s purpose was to show as broad spectrum of what is happening in the Polish film industry as possible. The GFF's aim is not to present Polish premiers but to meet the makers with the audience.