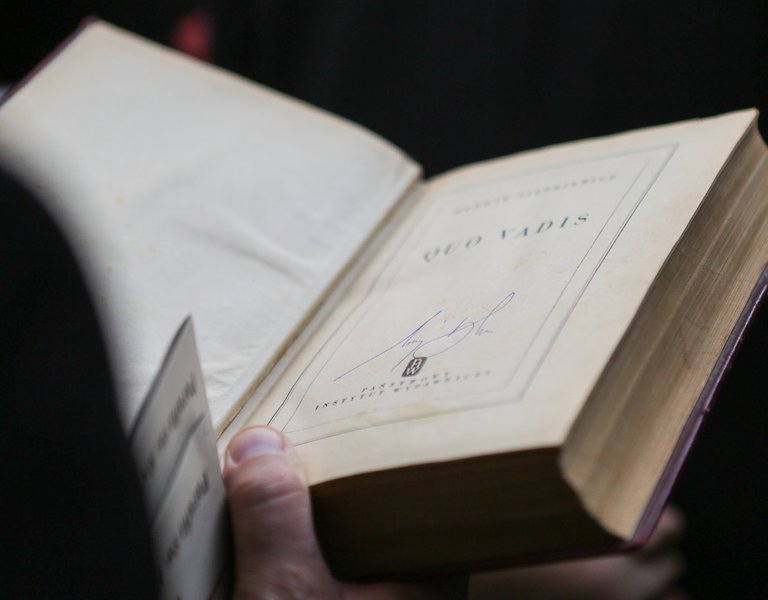 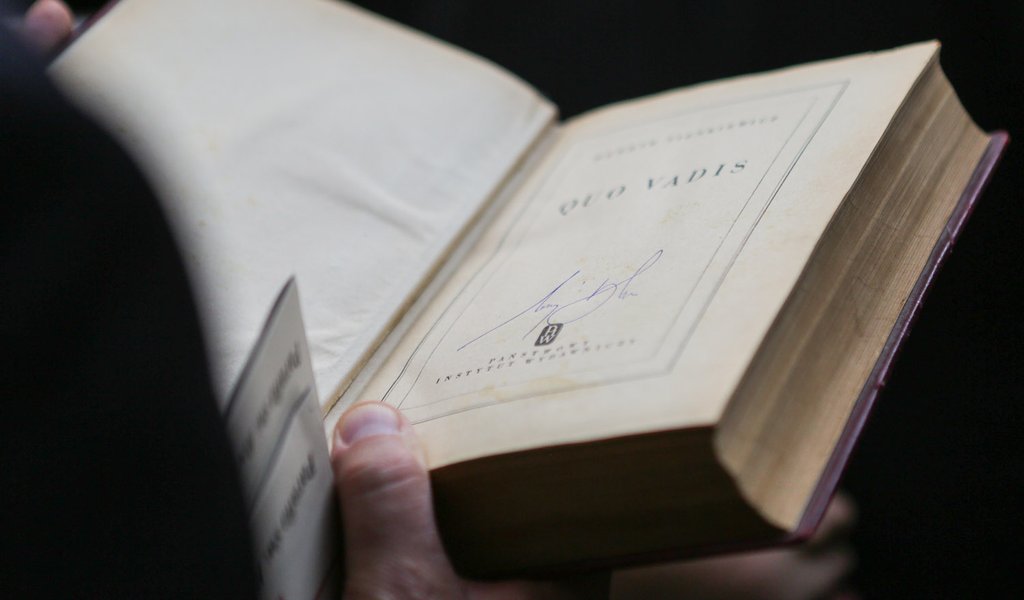 Where are we going?

“Quo vadis” has been moving our hearts and minds for years. This work is the essence of Poland while being uniquely universal. 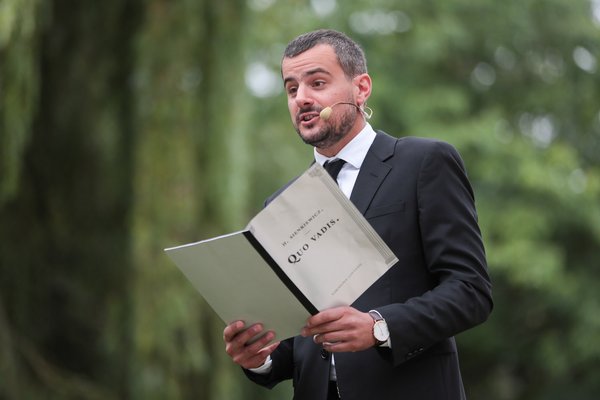 Internet users have chosen “Quo vadis” as the reading material for this year’s National Reading Campaign. The novel by Henryk Sienkiewicz competed with “Nights and Days” by Maria Dąbrowska, “The Peasants” by Władysław St. Reymont, and “The Wedding” by Stanisław Wyspiański. The choice of this masterpiece over other works by major Polish writers seemed obvious: we are now celebrating the Year of Sienkiewicz. However, did literary scholars expect that this novel by the Polish Nobel Prize Winner would turn out to be so important for us? “This is quite an original decision, because “Quo vadis” is the least “national” work of this writer. There are no Poles among the heroes in this book, and yet it seems that we believe that this novel contains the essence of Poland in it,” says professor Wojciech Kudyba, a literary historian. Why is it so? Prof. Kudyba points out that in Poland, Christianity forms the foundation of national culture, and the country’s collective identity has very strong ties to religious identity. “Thanks to this combination, we intuitively accept the Christian qualities as our own, Polish ones,” says the literary historian.

The message of Christ

“This is a story about the victory of the moral idea over brute force. Sienkiewicz wrote this book when Poland was partitioned; this idea was like a glue for the nation,” emphasizes Łukasz Kucharczyk, a PhD student in literary studies. Being aware of the reality of the age in which the author wrote their work is necessary to fully understand the given work. At the moment, the “national” interpretations give way to the more universal ones. It is their presence that seems to be the biggest strength of this novel. As he announced the decision, President Andrzej Duda stated that “Quo vadis” first and foremost talks about the strength of faith to move mountains. The President’s opinion is similar to the views expressed by young readers, who  note the Christian themes in the book.

“For me, the most important thing about this book is its message that it is never too late, that you can always change for the better. In the book, even the most stubborn and arrogant characters learn humility and find faith, like Vinicius or Chilon,’ says Maciej Sztąberek. For the majority of readers, the change of the latter is most profound. “This man was destroyed by the world that he lived in. His conversion is a particularly moving moment,” says Marta Wróblewska. The story of Chilon Chilonides is also moving for professor Wojciech Kudyba.

“As we grow up, we are more and more aware that our way to God has its ups and downs, so we cannot remain indifferent to a very shocking story of someone who went deep down, but still managed to get up again,” agrees the literary expert. Łukasz Kucharczyk also likes the character depicting a fraud, who, by changing his attitude in an extreme way, showed the role the faith can have on human life.

“Before his change, Vinicius is simply empty, while Chilonides – clearly evil. His conversion, which he had to pay for with a cross, is very moving for me,” he agrees.

Next to the Christian themes, the readers also appreciate the interesting approach to the historic setting. “The book offers a great description of the clash between the pagan and Judeo-Christian civilizations,” says Michał Frącz. 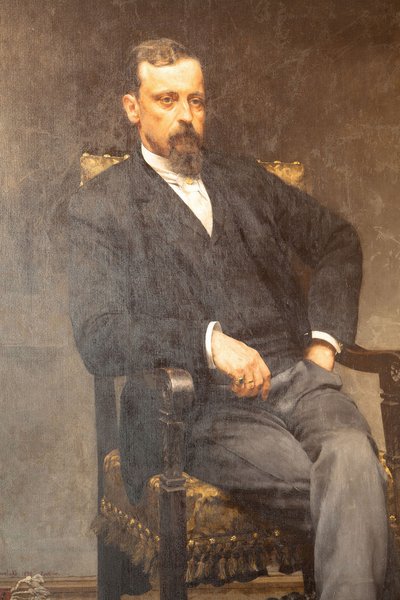 While “Quo vadis” is on the mandatory reading list in junior high school, in practice the regulations allow teachers to select one of three novels by Sienkiewicz. Most Polish teachers discuss “The Knights of the Cross” or “The Trilogy” with their pupils. Few of them decide choose “Quo vadis”, but those that do emphasize that the teenagers are highly interested and give the book’s message a lot of thought. “Students that read this book in junior high school and return to it once again in senior high school remember it well,” says Urszula Kamińska, a Polish language teacher at the Henryk Sienkiewicz XII Senior High School in Warsaw. She admits that some students complain about the long descriptions, but despite this, they read this book willingly and they understand it. “They like the philosophical interpretation of the book, Sienkiewicz himself attempts to answer a question: “Where are you going, man, where are you going, world?’” adds the teacher. She emphasizes, however, that teenagers are very critical of the love theme present in the novel, describing it as naive and not convincing. According to Urszula Kamińska, in this context, this work could have been harmed a lot by the film by Jerzy Kawalerowicz, which puts a lot of emphasis on the feelings between Vinicius and Lygia. “That’s true, the film has somehow watered down the message of the book,” agrees Łukasz Kucharczyk.

“In the book, the romantic love slowly becomes Christian. The film does not show it in a clear way,” he adds. Fortunately, for many students the film is outdated. They are more willing to read this book. Urszula Kamińska is positively surprised by the fact that the young generation likes the notion of sacrifice depicted in the book. “Young people expect positive, maximalist attitudes, they do not accept moral relativism. They like the sacrificial attitudes shown in the novel,” she says.

“I value “Quo vadis” for the author’s extensive efforts to to describe the reality of the age and for the fact that it is probably the most famous Polish work abroad,” says Bartłomiej Makowski. It is true, the novel by Sienkiewicz has been extremely successful on internationally: it was published in almost 60 countries, in over 50 languages. Why did it become so popular? “The writer had a very good sense of modernity, he saw the birth of the international book market, he observed the preferences of readers, of the modern mass literary market. The knowledge he gained during his travels abroad and his strong intuition allowed him to translate fundamental Christian values into images and words that are attractive to global readers,” explains professor Wojciech Kudyba.

Can we read “Quo vadis” within the current global context? The professor notes that great works are relevant in all ages. “Quo vadis” is undoubtedly one of such works that one may refer to the condition of Western civilization, which reveals ever more symptoms of a crisis in many aspects. “Like in ancient Rome, there are high contrasts between different visions of the world and different systems of values. Are we in for an era of persecution of Christians? It’s hard to say. But the fact remains that, with each passing day, there are more and more people killed in Islamic countries only because they believe in Christ,” concludes the professor. 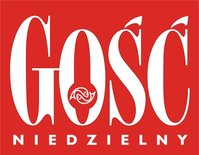