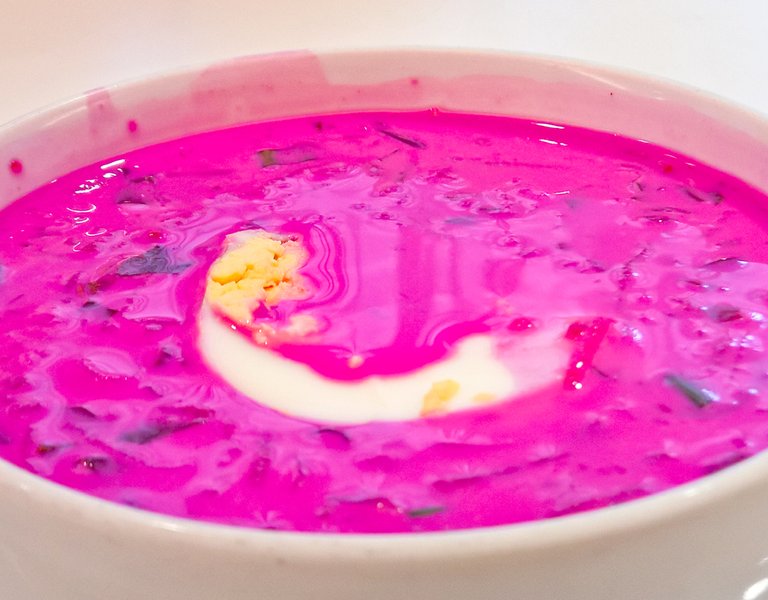 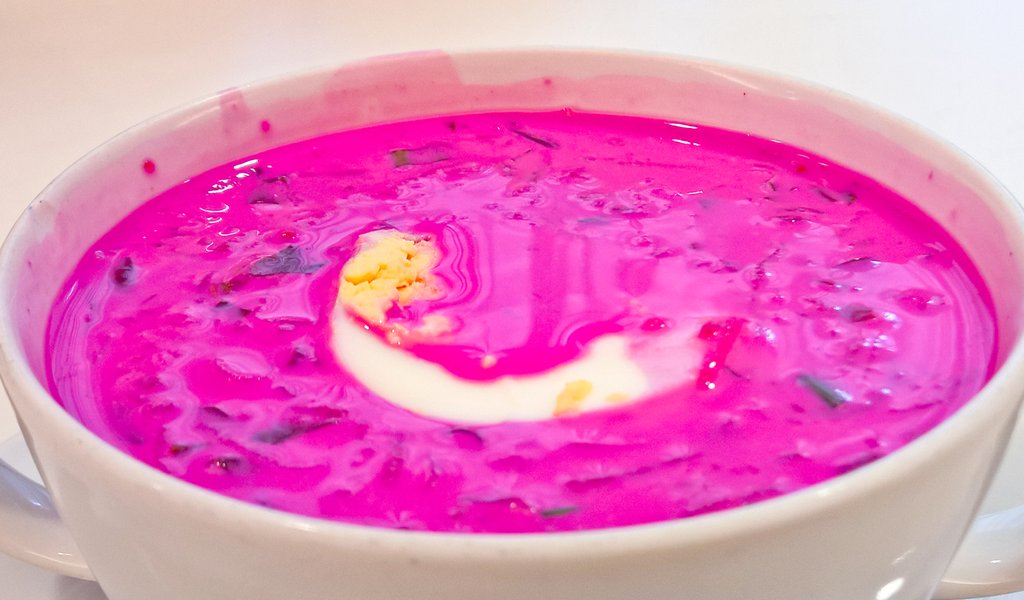 Summer is a season of light, cool and diluted foods. Refreshing dishes are popular in many countries – people in Spain eat spicy gazpacho made of blended tomatoes, while Turks prepare cacik of thick yoghurt and cucumbers. Chłodnik came to Poland from the east. It always features on the summer menu in Polish homes and restaurants.

The soup’s Polish version is pink, because it consists of cooked botwinka, or young beetroot greens, and sour milk. Until recently, sour milk, the soup’s liquid base, was often made home in special stone containers. It was so thick it could be cut with a knife. The egg is another indispensable ingredient of chłodnik. 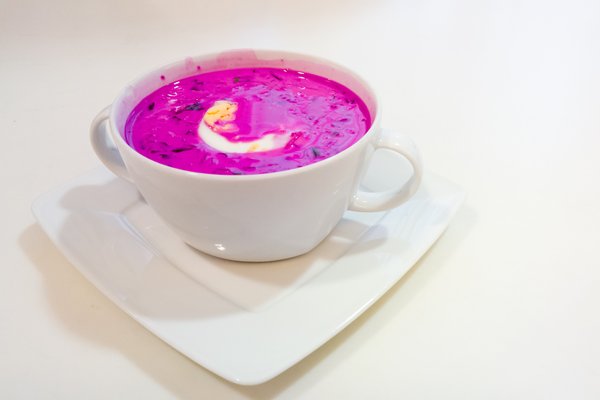 The sourish and slightly salty milk soup, which owes its beautiful pink colour to young beetroots, can be combined with a whole range of ingredients, such as gherkins, dill, sorrel leaves or cooked veal cut into stripes. Variations are countless: you can use sorrel leaves or cucumbers, fish or chicken. But some old recipes are more sophisticated – they combine chłodnik with cooked sturgeon or chopped roast venison. In modern cuisine, chłodnik is also served with scalded shrimps or crayfish, or with smoked salmon and caviar.

Polish cuisine has been showing eastern influences since the 16th century, when Poland and Lithuania formed one state, the Polish-Lithuanian Commonwealth. Under the Second Polish Republic, which existed between World War I and II, Poland’s eastern borderlands were called Kresy Wschodnie. Today, this term refers to the areas situated to the east of the Bug River. Modern Polish cuisine owes its eastern influences to the great migration from these territories to today’s Poland.

Monika Kucia is a culinary journalist, the author of Cuisine PL, a publication to promote Polish food during Poland’s Presidency of the EU Council, and co-author with Kurt Scheller of "Kuchnia polska, jakiej nie znacie" (Polish Cuisine Rediscovered).