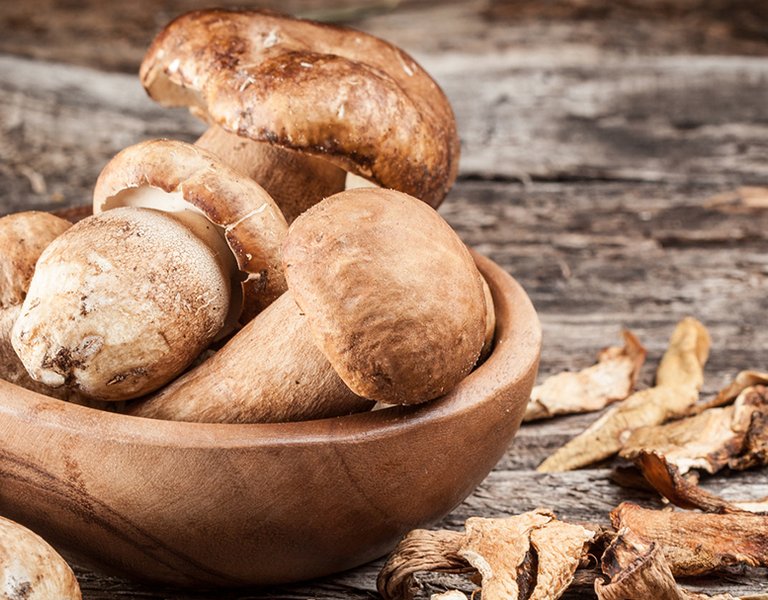 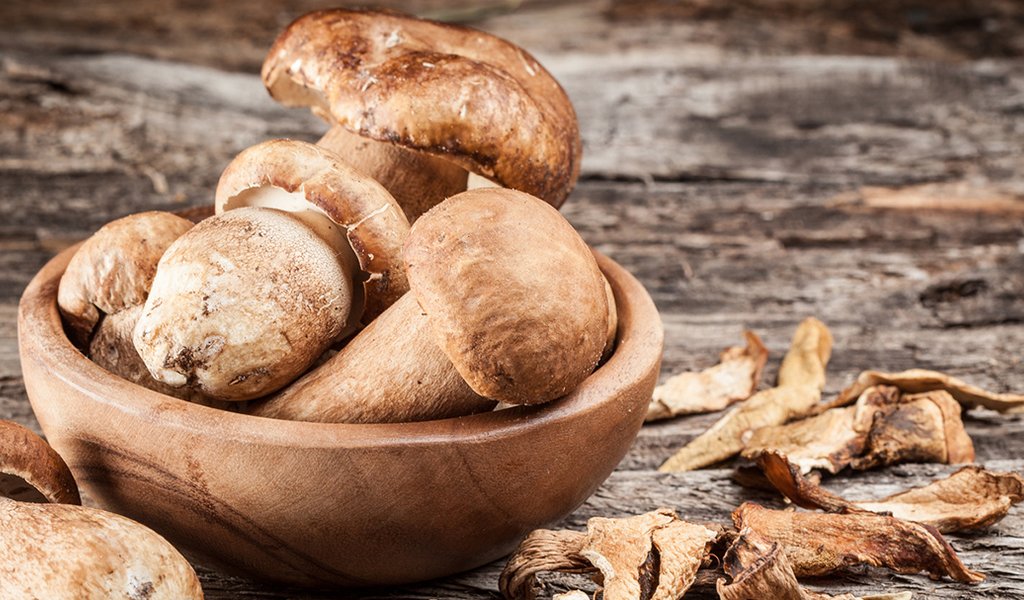 Culinary inventions from the heart of Poland

Robert Makłowicz - writer, journalist, traveller, explorer of flavours - talks to Polska.pl about his favourite egg paste, tastes of his childhood, and the condition of Polish cuisine.

Monika Kucia, Polska.pl: What is your favourite Polish food product?

Robert Makłowicz: There are a few of them. Polish vodka is certainly one, we can be proud of it. It seems easy to make, but there are only several other countries which are good at it –Russia, Ukraine, Scandinavian countries. Don’t forget vodka is our export product. I also like dried mushrooms. In the West, the forest is not a common good as it is in Poland. Our approach to nature is very unique indeed.

On the other hand, I wouldn’t be so sure about twaróg or cottage cheese, which for many is the best thing since sliced bread. There is a general belief that you cannot find twaróg anywhere else but in Poland. And yet you can, and it’s even better, if you think about supermarket quality. They eat twaróg in Lithuania, Belarus.

I also love egg paste. It is not very common here, but in Vienna it is still used to make some of the most famous sandwiches. In 1902, Franciszek Trześniewski from Kraków opened the first canteen with sandwiches there. The point was to satisfy one’s hunger quickly, and eat while standing. The idea was born a long time before the fast-food era. Trześniewski based his recipes on a truly Polish invention – egg paste and dark bread. The network of bars (including the most famous one in Dorotheergasse) has been in operation to this day.  What we’re talking about here is the ultimate sandwich of Polish origin.

What was the cuisine of your childhood?

My childhood cuisine was exactly like the roots of my family, with many Hungarian, Czech and Austrian influences. My family comes from Poland’s historical region Galicia, a multicultural orbit with Viennese influences. I myself was born in Kraków. I recall that we ate dumplings with fruit, the Liptauer [cheese made with sheep milk, named after the Liptov region – ed.], cheese paste with pepper and anchovies. Caraway is typical for Kraków as well as for Czech and Austrian cuisine, and it can be found in all types of bread. We used to make caraway soup at home. The flavours of my childhood also include omelettes with whipped cream, made by my grandmother – the sweet Kaiserschmarren [emperor’s omelette – ed.]. I remember asparagus salad with fennel, or Babka – the yeast cake – it is such a wonderful memory. Yeast cake consisting of square baked pieces you could tear off, stuffed with plum jam and sprinkled with powdered sugar. Buchteln of Czech origin, doughnuts with apricot filling or jam. That, in turn, is an Austrian invention.

Geese, pumpkins, plums – which of the autumn flavours do you like most?

I like plums in slivovitz or in jam. I like baked goose, for example with chestnut filling, which is also a seasonal dish. As for the pumpkin, I prepare various soups, classical ones with garlic, cream, roasted seeds and Styrian (pumpkin seed) oil, but also with coconut milk and curry. I serve baked pumpkin filled with Parmesan cheese, ricotta and nutmeg.

And let’s not forget about mushrooms! We have delicious saffron milk caps, which I like served the simplest way, i.e. fried on butter, with parsley, or on olive with garlic, as the Spaniards do in Catalonia. There are of course some conservative cooks who claim that garlic doesn’t go well with the saffron milk cap, but I couldn’t disagree more.

How does Polish cuisine compare to other types of cuisine?

Unfortunately, we aren’t very visible. Polish products are available in shops in theUK,Ireland,Australia, anywhere where you have lots of Poles. But this makes no sense – they sell Polish milk in cardboard packaging, Polish beer in cans, Polish juices in cardboard packaging. That doesn’t differ in any way from products available in the West. Polish restaurants abroad focus on Poles who come out of nostalgia - the menu features the pork chop and the sour barley soup. I believe that good Polish cuisine made by people who are aware of what they’re doing is available in Poland. But we often don’t know what we have to offer – there’s more to our cooking than just the pork chop, the sour barley soup or dumplings, which is the culinary legacy of communist Poland.

How has Polish gastronomy changed over the last 25 years in your opinion?

We’ve had a revolution! An unusual thing has happened. I’ve been watching these changes unfold. If twenty-five years ago you would have asked people about aubergine, caprese, and Thai curry, 90 per cent would have had no idea what you were talking about. Today, I think 90 per cent would say that they have heard of them. The world has become smaller. Nowadays, going to Australiais what going to the Bieszczady mountains used to be. Young people are mobile and curious about the world. We see an increasing number of flavour festivals, street food fiestas such as the “Najedzeni Fest” in Kraków, there are numerous culinary blogs. Food is fashionable now, and this makes me glad. The idea behind what I do is similar – I want to get people to remember that cuisine is part of culture.

Which trends seem the most important to you at the moment?

I think what’s most important is the fact that although Poland in general is mono-ethnic and mono-religious, we were once a Commonwealth of many cultures and religions. Many dishes that we consider as being at the heart of Polishness come in fact from Lithuania, Hungary, Germany, Ukraine or even Turkey, with which we had a common border for many years. Poland is multi-ethnic. Being aware of that enriches our knowledge of ourselves, our knowledge of who we are.

Who among Polish chefs impresses you most? Which names would you recommend?

I keep tabs on several names. I like Paweł Oszczyk, who represents excellent and innovative cuisine, and I also cheer on Rafał Targosz – he is an extremely talented young chef. I also like Adam Chrząstowski, Artur Moroz, and Agata Wojda.

Does our cuisine risk being destroyed and diluted by the cuisines of other distant countries?

I will once again refer to “Old Polish cuisine,” because I think the term is currently overused. Modern cuisine originated in the second half of the 19th century. There are very few recipes and traditions surviving from earlier days. It’s something of a scam to pitch pork chop and beetroot soup as Old Polish cuisine. On the other hand, advocates of ethnic and national purity in our pots have nothing to fear. The exotic is not here to stay for good.

But we have always adopted various products: tomatoes, potatoes, the cauliflower. Our Polish cuisine was peasant cuisine. Our staple is “unleavened” cuisine, the dream of the harvester. In Germany or the Czech Republic, for example, the cooking canon is bourgeois cuisine. We have had very little bourgeoisie – history drove those people away from Kraków, Poznań, Gdańsk. The invasion of “foreignness” may cause Polish cuisine to slim down, change. Through contacts with other ways of cooking, Polish cuisine has a chance to become more imaginative and refined.

Would you agree that in the 21st century our approach to food has radically changed? How do you see sophisticated, conceptual, artistic cuisine?

I think these are exciting experiences. My son once had an internship at a 3-star Michelin restaurant in Germany, so I went for dinner there – but there were too many flavours and I don’t remember half of the meal. I think that won’t do as everyday food. It’s nice to listen to a violin concerto, eat something in a different “state of mind” from time to time. But you cannot read Proust every day. I have seen a film about the sophisticated cuisine of Ferran Adria, who finally took the filmmakers to his favourite sea-side restaurant. It was a very simple place - plastic table-cloth, parsley, fish, few ingredients, and yet the dishes served there were top quality and everyone liked them. For me, that’s the best cuisine, too. 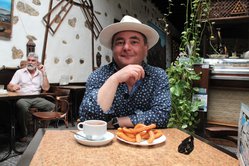