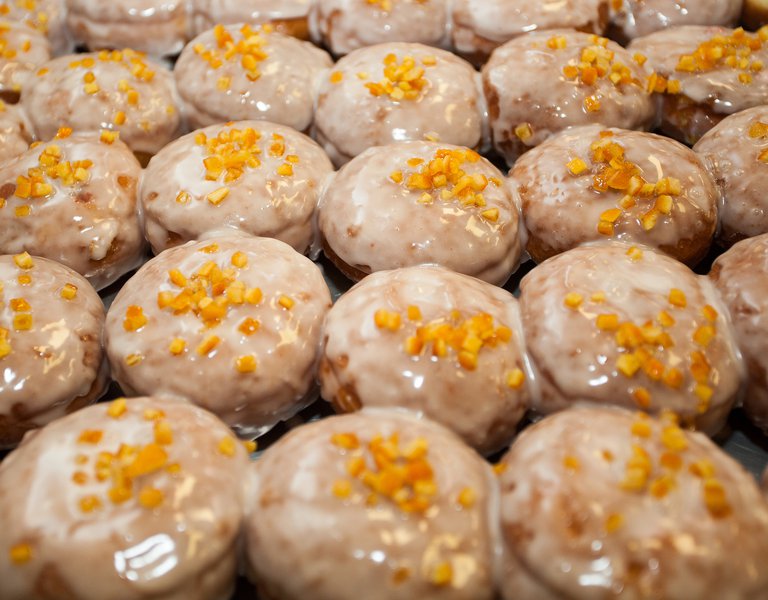 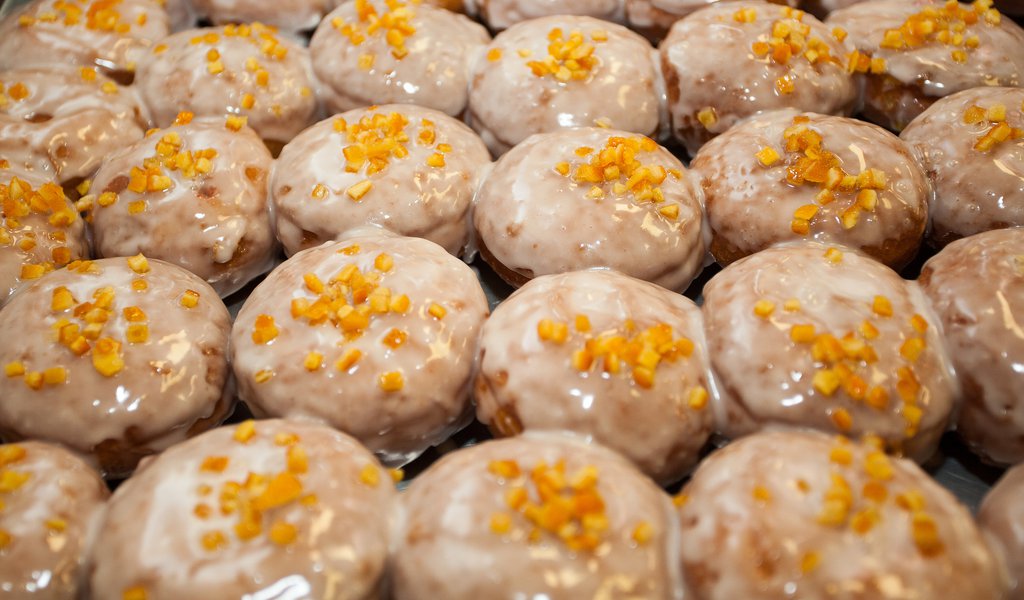 Sweets serve as exquisite souvenirs from Poland. They cater to the tastes of all sweets-lovers worldwide because they are exceptional.

Wafer cake interlaid with nut filling and coated with chocolate is, next to ptasie mleczko, the flagship product of the Warsaw brand: E.Wedel. Traditionally each cake is decorated manually and ornamented with words (e.g. ‘Greetings from Poland’, ‘Merry Christmas!’ or ‘Thank you’). Never advertised, it is one of the most popular products of the company and one of the most frequently purchased souvenirs from Poland. Before and after WWII, Polish diplomats would present the cake as a gift to statesmen and high-level representatives. Created in the 1920s or 1930s by Jan Wedel, the most creative member of the confectioner’s family, it did not resemble anything that the sweets lovers had known before.

Hard chocolate caramel candy with cocoa filling and a touch of spirit which contain 1.5 percent alcohol. Worshiped in the times of the People’s Republic of Poland (PRL); today they return to the Polish menu, and culinary art bloggers outdo one another in recipes for cuckoo candy liqueur, slightly resembling Irish Bailey’s. Ambitious enthusiasts try preparing the candy themselves, boiling condensed milk, cocoa and sweet cream in hot water, and then stirring the mixture with spirit and leaving it aside for one day. One Polish company packs them in a steel sheet box and sells them as a refined souvenir from Poland.

These milk foam delights coated in bitter chocolate owe their name to Jan Wedel, the creator of Torcik Wedlowski, and their unusually light consistency. Wedel is said to have tried the delicacy in 1936, after coming back from a trip to Paris. According to a legend, he said that it tastes like ‘bird’s milk’. Ptasie mleczko, which used to be available only in vanilla flavour, can be purchased today also with lemon, chocolate, cream and caramel filling, and in limited editions also strawberry flavour. Next to Torcik Wedlowski, ptasie mleczko is one of the most frequently purchased souvenirs from Poland.

Jelly biscuits coated with chocolate are as strong a brand in Poland as Coca-Cola in the West, and their name has become a part of the common language. Invented in the Wedel factory, most likely around 1978, their most popular version is orange. Poles also eat plenty of raspberry, cherry, berry and caramel jaffa cakes  and even cakes coated with white chocolate. Wedel lost the rights to the brand in 1999, but until 2011 manufacturers of Delicje paid for permission to place the company’s logo on the packaging, aware that the name of the original manufacturer was considered a guarantee of quality by many buyers.

Candied plums coated with chocolate are the favourite dessert of several generations of Poles. Known in industrial form since the 1960s, they combine the sweetness of chocolate with the beneficial effect of dried plums, which are supposed to regulate digestion. Plums coated with chocolate could have been known in Poland much earlier – plums are one of the most popular fruits in the country, and the method used to dry them has also been known for centuries.

Wafer combined with chocolate filling and coated with chocolate is one of the most popular Polish products for export. In Iceland, where it beats records in popularity, it is sold as ‘Prins Polo’. Prime Minister Olafur Ragnar Grimsson said during his visit in 1999 that an entire generation of Icelanders was raised on the candy bar. Sold in the Czech Republic, Slovakia, Hungary, Ukraine, Lithuania and Latvia as ‘Siesta’, Prince Polo was created in 1955 in the manufacturing plants of Olza in Cieszyn. Today it can also be found in chocolate, cocoa, apple, gingerbread and Premium versions.

Milk candies with soft, chewy filling which, with the passing of time, begins to crumble as a result of sugar crystallisation. The filling composed of milk, sugar and butter is stirred and cooked in a large tub and after several hours poured on to a flat surface and cooled down to be cut and packed in individual paper wrappers. Krówki are believed to have been popularised by Feliks Pomorski, deceased in 1963, who brought their recipe from his uncle living in Zhytomyr. Some people believe that krówki are a variant of the filling of the traditional Easter mazurek cake. Owing to the chewiness of krówki they are also called ’ciągutki’ [chewers].

Fluffy yeast pastries made of wheat flour in the shape of an oblate sphere, deep fried in lard, oil, and occasionally also in butter. Before frying they are filled with marmalade, traditionally a rose one, and fried doughnuts are covered with icing (sometimes with pieces of candied orange zest) or sprinkled with icing sugar. The greatest number of doughnuts are eaten by Poles on Fat Thursday – the last Thursday of carnival, when not eating doughnuts is supposed to bring bad luck. The most popular Polish doughnuts are made in the Blikle confectionary in Warsaw.