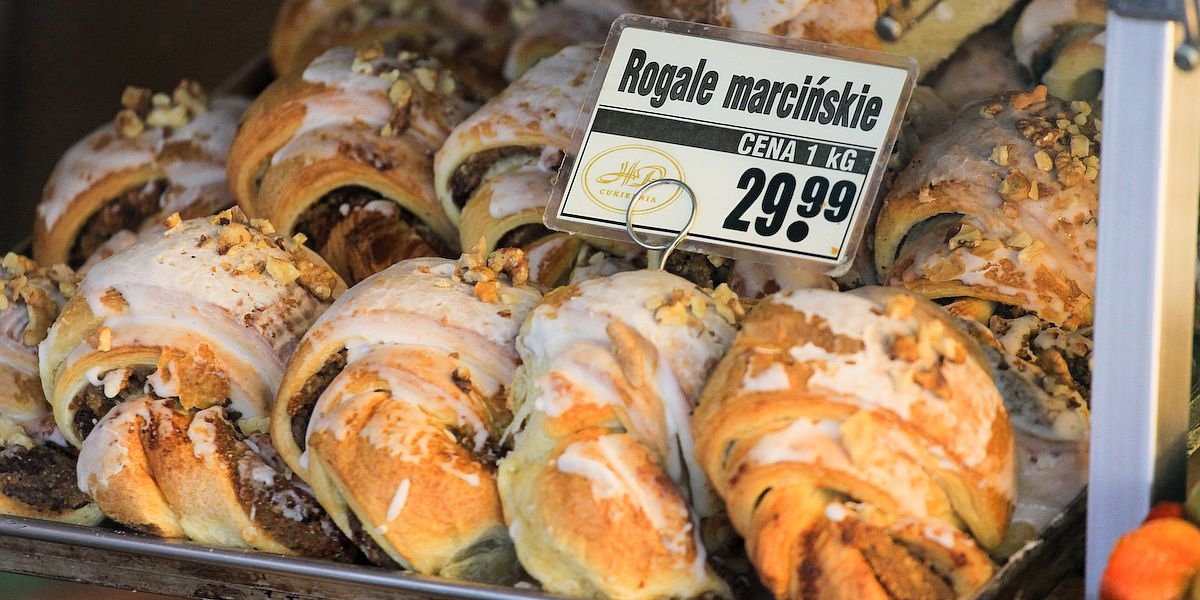 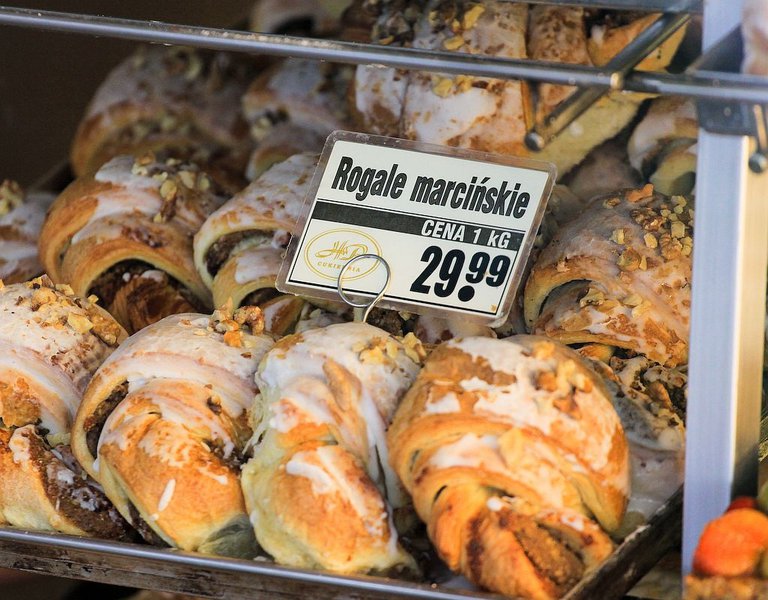 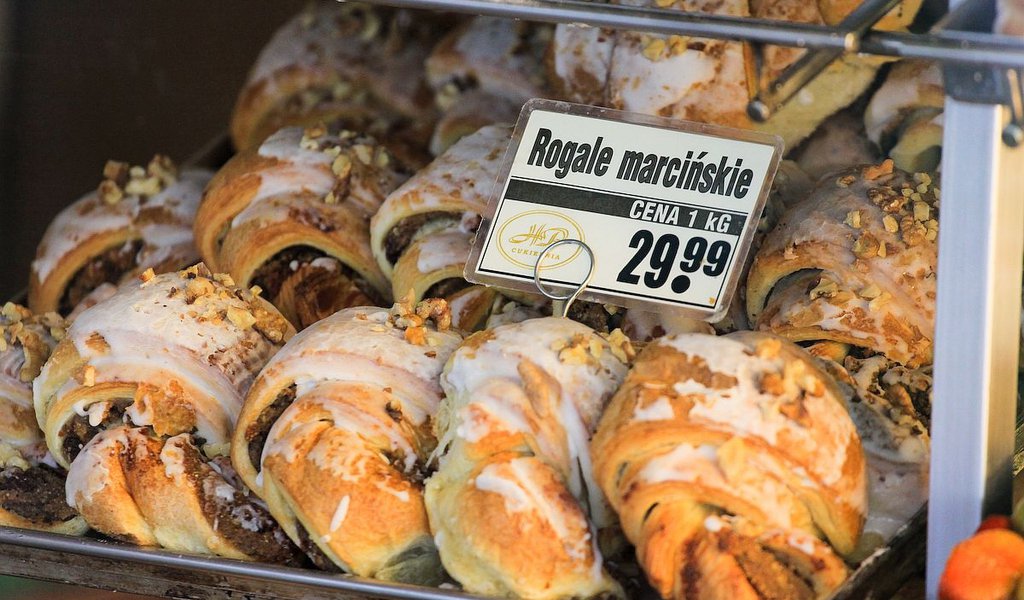 One of the largest provinces, the Wielkopolskie Voivodeship, lies in Poland’s western part in the Warta basin. Its cuisine is best known for the St Martin’s crescent roll, a regional specialty which is a must on 11 November (it also happens to be Poland’s Independence Day), and pyry (potatoes). But its regional cuisine has much more to offer.

Dumplings reign in the Great Poland Lakeland and the South Great Lowland. The regional names of the dumplings refer to both the method of cooking and the ingredients used in making them. Depending on the way they are prepared, we distinguish szagówki, which are cut crosswise, szczypanki or fine pinched dumplings, kulanki or rolled dumplings, kładzione or drop dumplings, and finally buchty or steamed leavened dumplings. 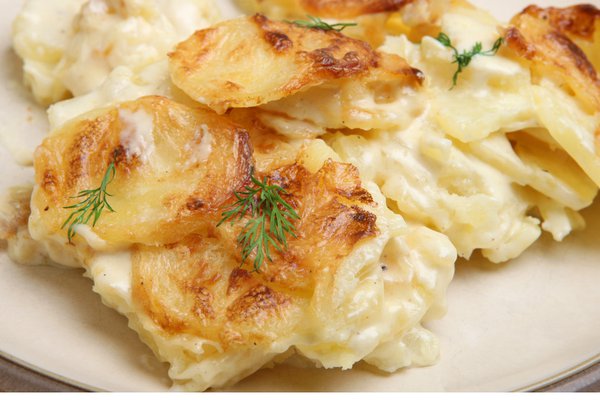 The Wielkopolska regional cuisine’s other staple food besides dumplings are pyry. Local specialities include bambrzok, or potato pancake served as a sour or sweet dish. Potatoes are used to make ślepe ryby, which also go by the name of rzadkie pyrki – a regional name for a type of potato soup. For over two hundred years Wielkopolska cuisine has also been known for another specialty, pyry z gzikiem – potatoes with farmer’s cheese mixed with milk or sour cream with chopped chive, onion, radishes or dill. The potatoes are boiled in their skin or jackets. Two other very popular regional soups in Wielkopolska, besides ślepe ryby, is a soup made on the base of water and buttermilk or curd and the duck blood soup.

Vegetables that are characteristic for this region of Poland include the pumpkin or korbol and asparagus. Asparagus was first to this part of Poland by German settlers who settled in Wielkopolska in the 19th century. Favourable geographic conditions, including light sandy soil, made the cultivation of young green and white shoots, whose home is the Mediterranean region, easy. The fall is the season of the pumpkin, which has earned its own local festival, known as “korbol fairs.” The large orange pumpkin heads are used in the making of fritters, sweet preserves and sour marinates, while the seeds are often added in the process of baking bread. 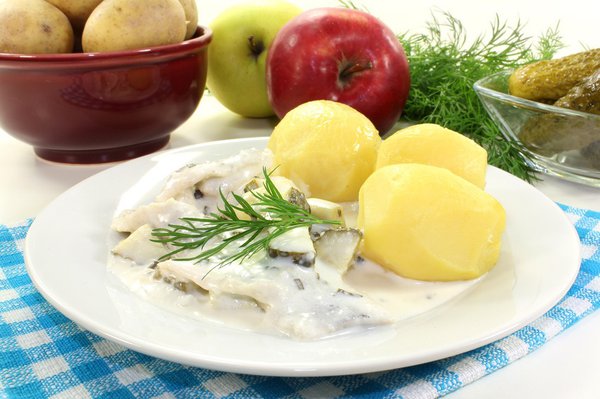 The Poznan-style duck features prominently on the traditional dinner menu in Wielkopolska. The duck, roasted whole, is stuffed with lemon, orange, apple and onion and seasoned with salt, pepper and marjoram. The traditional serving per person in Poznan is half a duck.

St. Martin’s Day 11 November is the feast of the famous throughout Poland regional Wielkopolska pastry – the St. Martin’s crescent roll. According to a legend, a local baker had a dream in which he saw St. Martin’s riding into Poznan on a white horse that lost a golden horseshoe; hence the golden yellow colour and the half-moon shape of the pastry.

St. Martin’s rolls are made of sweet dough with white poppy seed and almond filling. They are glazed thickly with icing and sprinkled with nuts. Since 2008 the St. Martin’s roll has been listed as a European Union good protected under the regulation on the protection of geographical indications and designations of origin for agricultural products and foodstuffs. In Poland the rolls can only be made in Poznan, in the Poznan Poviat and in twenty-five other poviats in the Wielkopolskie Voivodeship under a strictly controlled production procedure and recipe. The quality of the product is guaranteed.