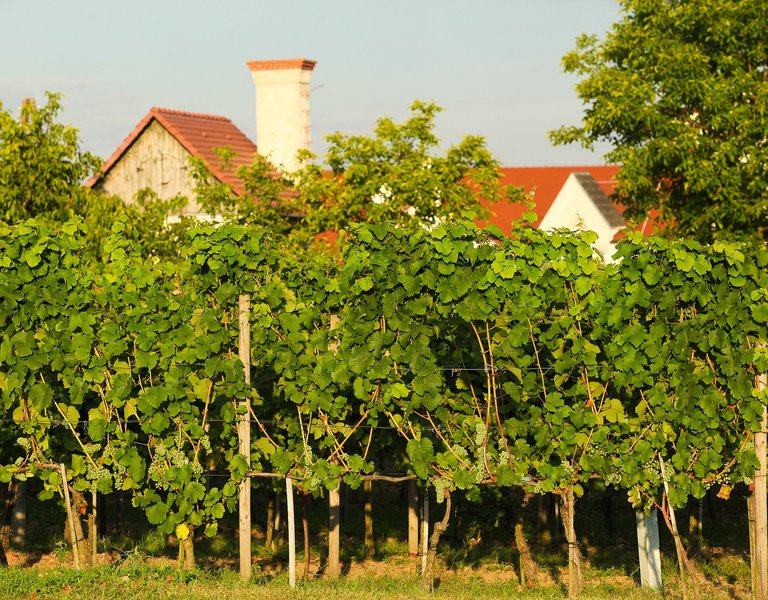 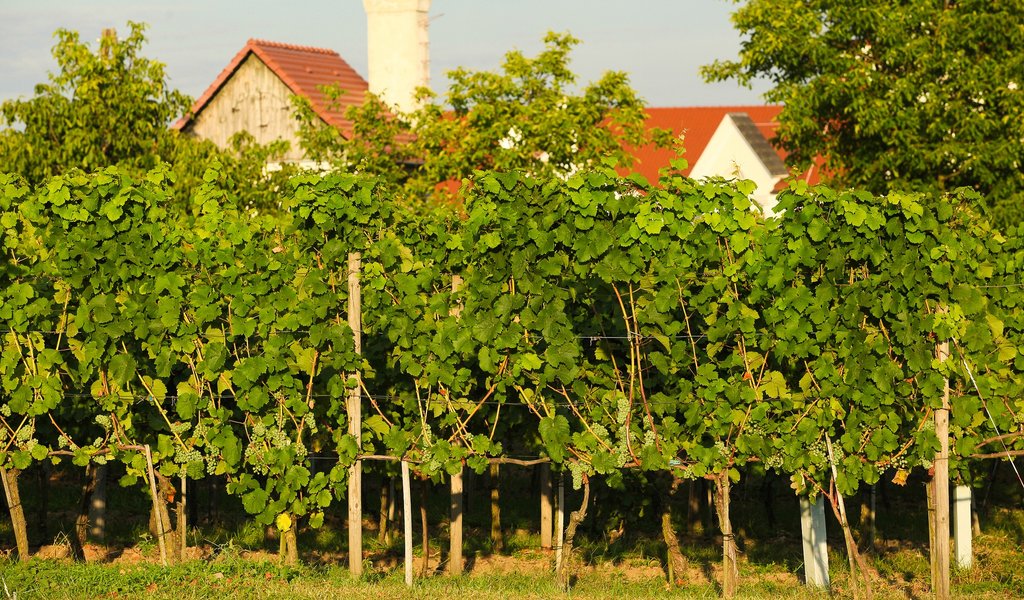 Zielona Gora is ready for its annual wine festival. Bacchus, the god of wine, has been given symbolic keys to the city by its mayor and for the next few days in September he will wield absolute power in the Town of Wine.

Wine harvest is the most important event in the life of the town and one of better known open-air festivals in Poland. This year, local people and visitors will take part in festivities that will run from 5 to 13 September. 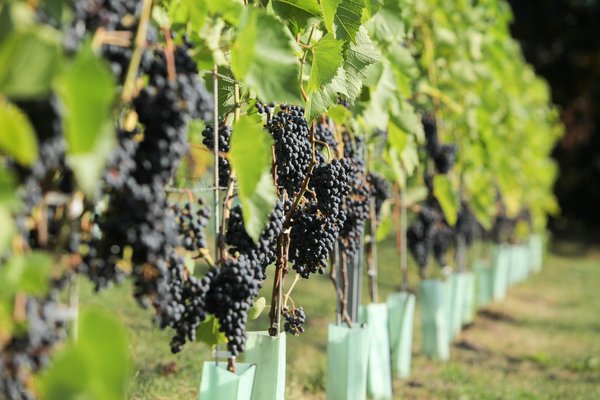 In the Old Market Place near the Town Hall, winemakers display their locally produced wines and talk to visitors about the art of winemaking. Visitors can take the “wine bus” to tour the local vineries, a trip down the Oder and Obrzyca Rivers on a historical river boat, and a guided tour around local vineyards. Restaurants serve local dishes that go well with local wine varieties grown in the Lubusz region. The wine festival’s other attractions include theatre performances, movie screenings, concerts, open-air dances, sports events, exhibitions and auctions of local wines. The festival’s crowning event will be a colourful parade led by Bacchus himself through the town on 12 September. It is overseen by the Director of the Lubusz Theatre in Zielona Gora, Robert Czechowski.

“The Lubusz Land is one of the northernmost winemaking regions in Europe. It owes its success to the local climate: warm summers, mild winters, and the proximity to the Oder River,” explains Arkadiusz Cincio, head of the Winemaking Section of the Lubusz Land Museum in Zielona Gora. “Its hilly terrain also plays a role because it provides more sunlight,” adds Krzysztof Fedorowicz, owner of the Miłosz vineyard in the village of Łaz. 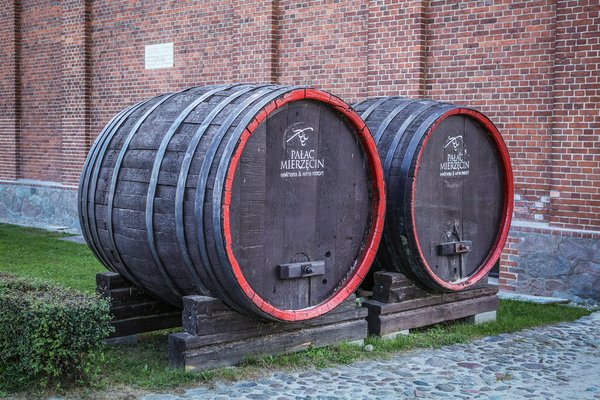 First documents pertaining to local vineyards date back to 1314, but archaeological studies suggest that grapevines had been grown here much earlier. Wine making flourished here in the 15th century.

“You can find vineyards throughout southern and south-western Poland, but the Polish capital of wine making is located here in Zielona Gora,” says Arkadiusz Cincio. “Unlike other regions where wine making would cease for long period of time lasting several hundred years, we have a long and almost unbroken tradition dating back to the Middle Ages.”

Lubusz wines became famous in Europe because of Grempler & Co., a winery established in 1826 that produced sparkling white wine. “Our region was second to France’s Champagne in the production of this wine,” stresses Krzysztof Fedorowicz. Following WWII, the winery was nationalised and its name was changed to Wytwórnia Win Musujących (Sparkling Wine Winery), later renamed Państwowa Lubuska Wytwórnia Win (State-owned Lubusz Winery), which exported its products to the United States, Australia, and Japan. When it was shut down in 1999, Zielona Gora stopped producing wine on a mass-scale.

The fall of the state-owned monopoly led to the revival of small family-run vineyards. Around Zielona Gora there are several dozen such places, but only a dozen or so make wine. The Lubusz Wine and Honey Trail is a big attraction for wine tourists because of its vineyards, honey production farms and museums. Many wine makers have taken up agrotourism and, in addition to wine tastings and wine making workshops, also offer local tours on horseback or in horse-drawn carriages or boat trips on the Oder River. 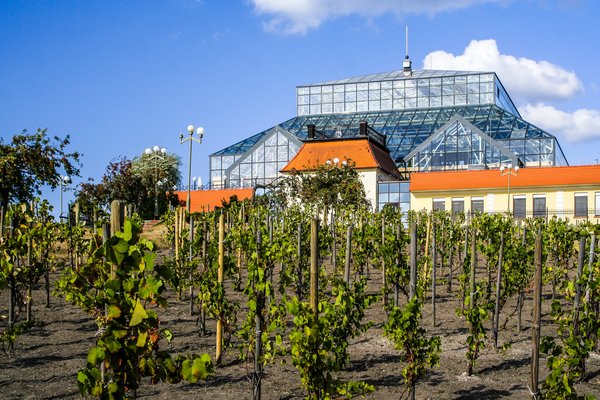 “I believe I live in one of the most beautiful places in the world,” says Kinga Kowalewska-Koziarska, the owner of the Kinga Vineyard in Stara Wieś, located in a valley that runs through the middle section of the Oder River.

“The river here is wild and unregulated. When the water level is high, you can swim in old riverbeds, watch beavers, otters and birds. We live surrounded by lush greenery and there is a primeval river-side forest on the other side of the Oder River. Some people say that in  springtime the riverside resembles a place in New Zealand, it is so green and beautiful here.”

Kinga Kowalewska uses grapes for many dishes. Her showpiece plate, favoured by her guests, are stuffed grape leaves. “We also make grape preserves, wine vinegar with herbs, pears, plums and apples in wine seasoned with ginger and rosemary.” 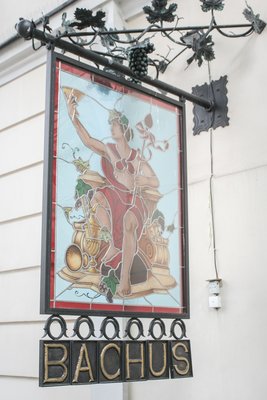 The Wine Museum in Zielona Gora houses the country’s biggest collection of items representing the different stages of winemaking across the centuries from the Middle Ages until the present time and shows the full process of wine production “from vineyard to cellar.” Among its exhibits are tools used in viticulture (spades, hoes, pruning shears, dusters, baskets for carrying grapes), a reconstructed technological line (an electrical pulp crusher, presses, manual and electrical pumps, corking and labelling machines), a unique collection of Bacchus sculptures, archive photographs of Grempler & Co. and of the Wine Festivals in the 1960s and 1970s. The oldest exhibit is a tin goblet crafted by a blacksmith guild in 1665.