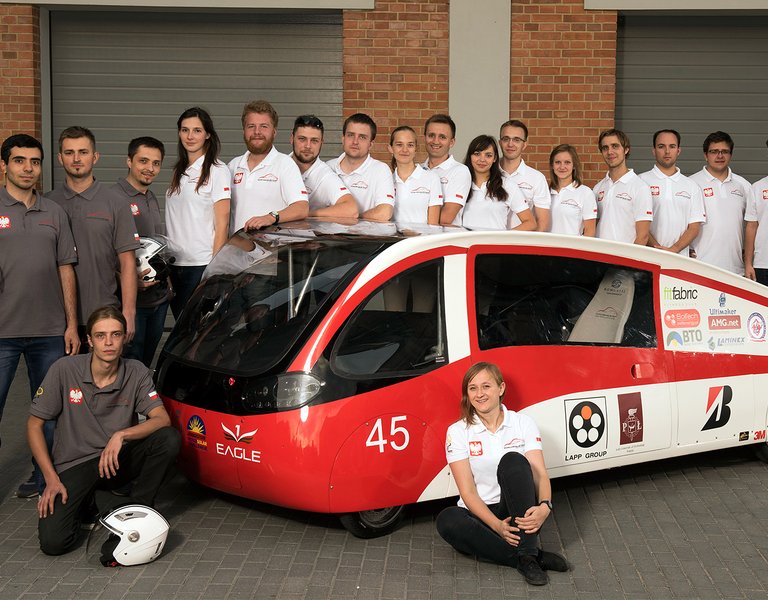 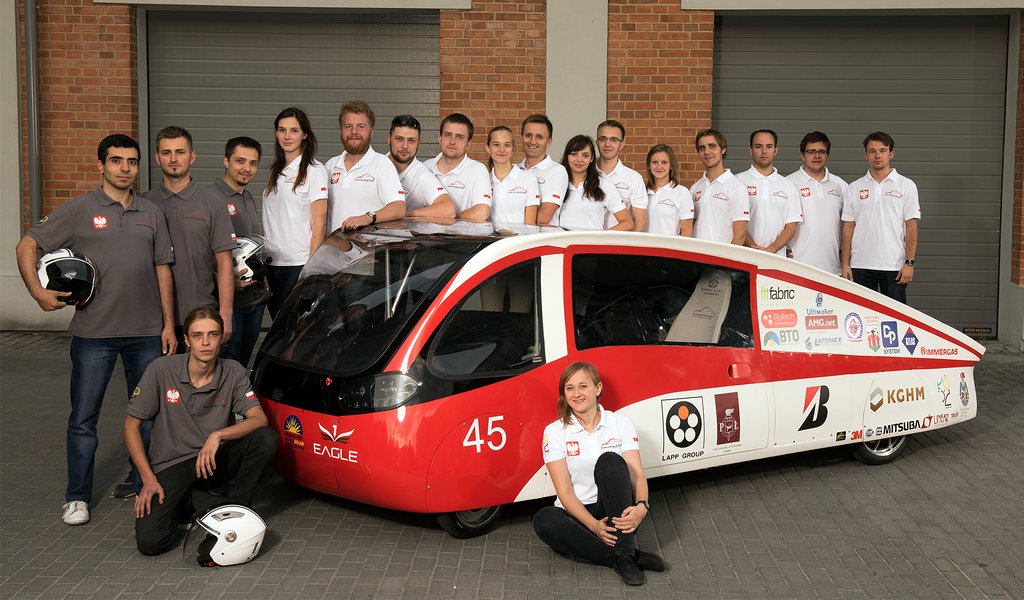 Across Australia in a sun-powered car

Students from the Polish city of Lodz will compete in a race across Australia travelling in a racing car of their own handiwork. They want to cover 3 000 km relying exclusively on solar energy.

The team faces a real challenge: in the World Solar Challenge race they want to cross the entire Australian continent in a solar-powered car that is their own handiwork. The race will start on 18 October 2015.

”We have a great car and we will surely cover this distance,” Beata Mordzak, a student of the Lodz University of Technology who’s in charge of the KGHM Lodz Solar Team project, tells Polska.pl. ”I think victory in the race is within our reach,” she adds. 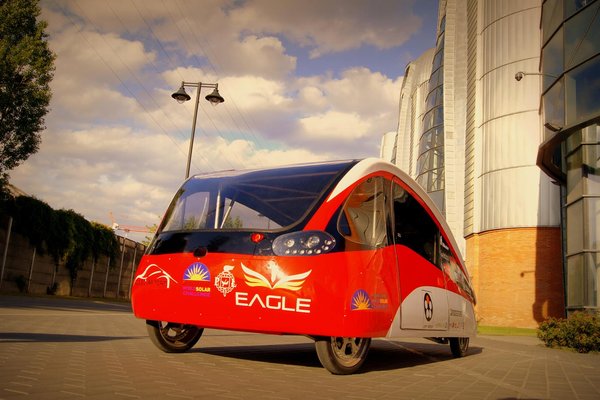 The solar racing car is a project of a group of enthusiasts from several research groups of the Lodz University of Technology and the University of Lodz. It was Łukasz Gładysz, a Lodz University of Technology student, who came up with the idea of ​​creating a solar-driven car that would compete in Australia against other student-engineered vehicles. In the KGHM Lodz Solar Team, he is responsible for photovoltaics. During his Erasmus exchange in the Netherlands, he met the designers of the car that had won the previous edition of the World Solar Challenge race. The Dutch project inspired him to create a similar vehicle in Poland. Work on the car took nearly a year and a half.

”The hardest part was to put together the right team of committed people, ready to invest their time in building the car. No less challenging was raising the funds for such a large and costly project,” stresses Beata Mordzak.

KGHM Lodz Solar Team currently has more than 20 people, with money coming from a Ministry of Science and Higher Education grant and Lodz's universities, businesses and city hall.

The body of the car is made of very resistant, but lightweight carbon fibre, so the structure weighs only about 70 kg, and the complete vehicle with equipment is less than 400 kg. The car is powered by two 4 kW electric motors, hidden in the rear wheel hubs. Energy is supplied by six square metres of flexible photovoltaic cells.

”We will cover the entire distance powered only by solar energy, but if we run into troubles we will be able to recharge the batteries twice from a socket,” explains Mordzak, who also adds that the car will be able to reach a top speed of 100 km per hour. 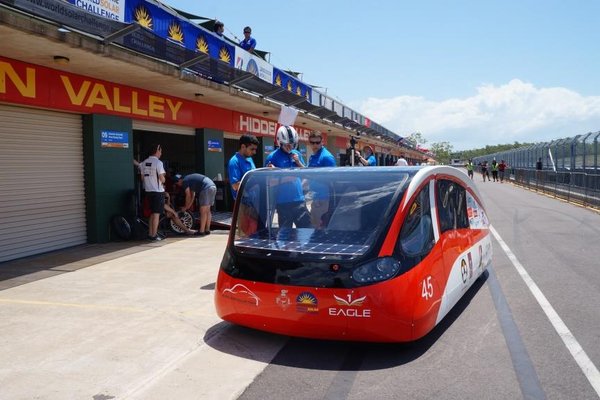 The team of students from Lodz compete in the Cruiser Class category, or urban vehicles. The race route runs from the city of Darwin in northern Australia, through centrally located Alice Springs, to Adelaide in the south of the continent. This makes a total of almost 3 000 km. Highways lead through the desert, where temperatures exceed 50 ° C. For the sake of energy efficiency, the vehicle has no air conditioning, which will be an additional challenge. Mordzak says reassuringly that the team consists of six drivers who will be often changing during the ride. They are already undergoing specialized training to endure high temperatures.

Comfortably equipped, the car’s cab can accommodate two people and is a fully functional urban vehicle. Members of the KGHM Lodz Solar Team hope that their participation in the Australian race will make futuristic solar-powered vehicles more popular in Poland.