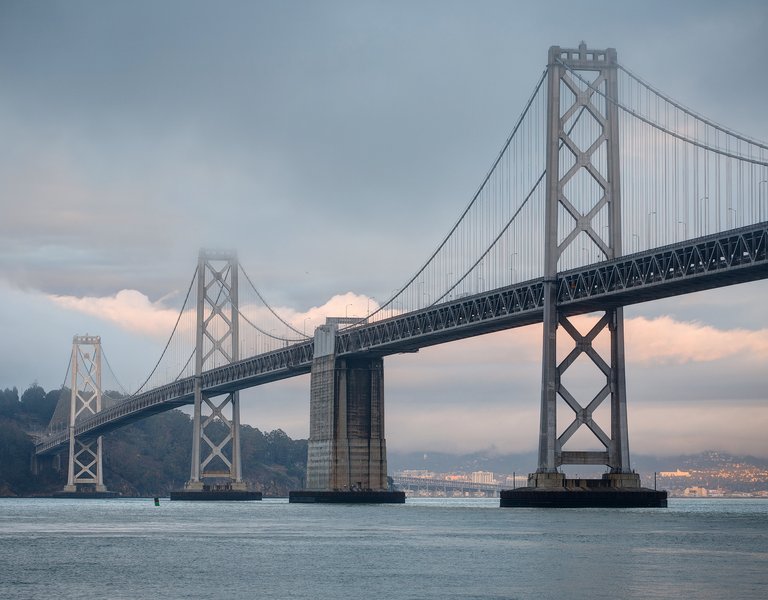 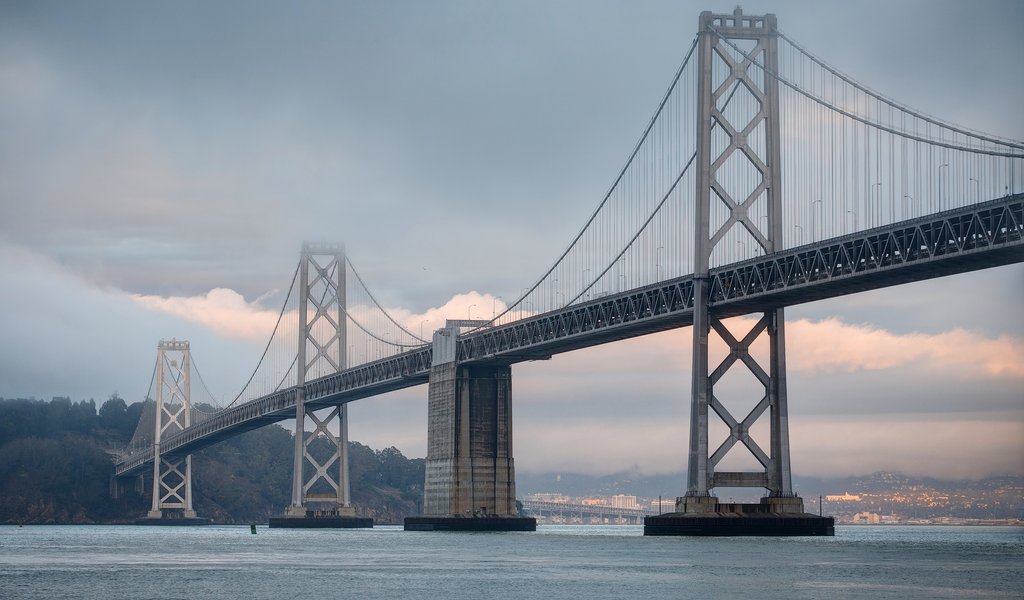 A builder of bridges in America

Rudolf Modrzejewski's career across the Atlantic was certainly helped along by the fame and connections of his mother, a prominent actress, but also by the comprehensive engineering education he obtained at France’s leading university. He is known in the United States to this day as Ralph Modjeski. 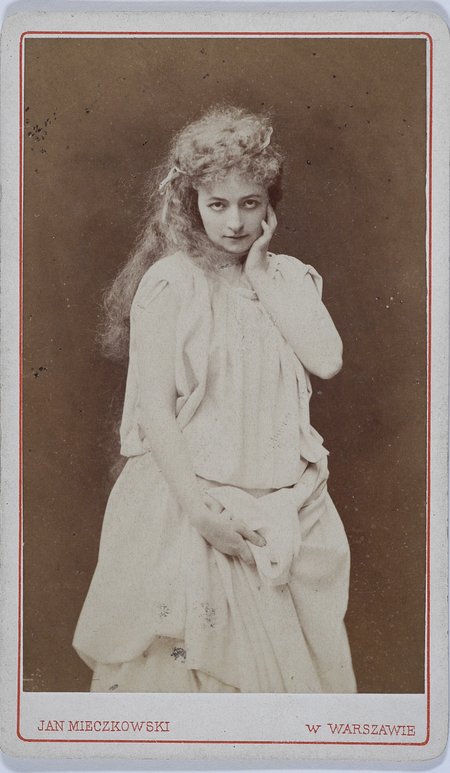 Until the second half of the 18th century, wood and stone were mainly used to build bridges. In 1779, the English engineer and metallurgy pioneer Abraham Darby built across the River Severn in Britain the first iron arch bridge in the world, modelled on ancient stone bridges. In America three years earlier, thanks to John Finley's design, the first iron-chain suspension bridge was built across Jacob’s Creek river, and 13 years later, a famous 75-meter-long chain bridge was constructed across the Merimac river.

In later years, chains were replaced by braided steel ropes, each consisting usually of over 1,000 twisted wires with a diameter of 3 mm. European engineers, however, quickly abandoned the construction of suspension bridges because they were susceptible to side winds. American constructors, on the other hand, still favoured these bridges, and after introducing additional stiffening supports they created architectural masterpieces.

The pioneers in this type of construction undoubtedly included Ralph Modjeski, known in Poland as Rudolf Modrzejewski – the talented son of prominent actress Helena Modrzejewska. He made a career in America and his architectural and construction firm Modjeski & Masters still operates today. He was not preordained to become a bridge builder though, and he may not have left Poland, a country that was not even on the map, having been ravaged by the partitioning powers.

Helena Modrzejewska, before she became a star of the American stage, began her acting career modestly in a small theatre in Bochnia, near Krakow. Before appearing there, she helped her mother, Józefa Bendowa, run the first women's cafe in Krakow (founded in 1854), where she learned the cooking skills that she would use throughout her life, creating her hand-made “Own Stuffed Buns”, the recipe which she left to her friend and frequent house visitor Ignacy Jan Paderewski.

As for the origin of the future actress, it is known that she was christened Jadwiga Helena. It is not certain whether she bore the surname of her father, Benda, or that of one of her widowed mother’s later partners (Opid or Misel). Her stage-name Helena Modrzejewska, used for the first time in 1861, appeared on a poster for the theatre in Bochnia run by former Austrian officer and mediocre actor Adolf Gustav Sinnmayer. Zimajer, the surname he was known by, had a romance with Helena, although he had a wife and children. The fruit of their relationship was born in Bochnia on 21 January 1861. Rudolf, affectionately called Dolcio, was given the surname Modrzejewski, which was the surname his father was using at the time.

Dolcio spent the first years of his life mostly in actors’ dressing rooms and behind the scenes of his mother’s stage productions. Helena's relationship with Zimajer quickly fell apart, but the Austrian father did not simply fade away: he abducted his son and took him first to Bochnia and then to Vienna. According to reports from the time, Helena went out of her mind in despair, but still tried to perform. Her half-brother helped her regain her son by mediating in negotiations and handing over a large ransom. Dolcio returned to his mother (it is worth mentioning that the dramatic life of the actress was depicted wonderfully in the series screened in 1990, Modrzejewska, directed by Jan Łomnicki with Krystyna Janda playing the title role brilliantly).

At that time, the beautiful Helena was adored by Karol Chłapowski, a nobleman from Wielkopolska. They met in 1866 in Poznan during a tour by the actress. Despite opposition from Chłapowski’s family, he married Helena Modrzejewska in 1868. They had no children together, so they focused on their beloved and talented Dolcio. Initially, it was thought that Rudolf would become a piano virtuoso due to his undoubted gift for the piano. At the time, his mother was performing on stage in Warsaw and Krakow but terminated her contracts when the boy was 14 years old.

Helena Modrzejewska was invited to tour America. Travelling through France, the family crossed the Atlantic and decided to settle there. In 1876, together with a group of Polish friends, she founded a settlement in Anaheim, California. The utopian project, mostly financed by Modrzejewska and her husband Chłapowski, whose partners included Stanislaw Witkiewicz, Adam Chmielowski, Juliusz Sypniewski and Henryk Sienkiewicz, proved to be a complete fiasco. Fortunately though, Helena was being well paid for her performances. 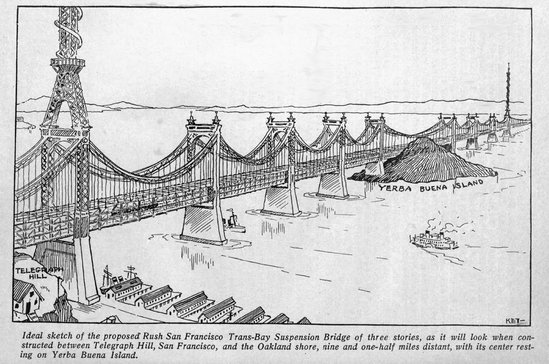 Americans fell in love with Helena Modrzejewska for her prominent performances of Shakespearean roles. At that time, the actress changed her stage name to Modjeska – much simpler to pronounce in the West. Thus, her son became Ralph Modjeski, and earned American citizenship under that name (but only in 1883). In 1878, returning from a visit to her family in Krakow, she went to Paris with her son, where he stayed to continue his education. He already had his American high school diploma, so he had to choose what to study. It was only after his second attempt that in 1881 he was accepted into the famous Parisian Ecole Nationale des Ponts et Chausés (State Road & Bridges School), from which he graduated with honours.

In 1884-1885, he often visited family and friends in Krakow and Zakopane. It was then that he got engaged to his distant cousin Felicja Benda. Their wedding took place on 28 December 1885, in the Polish church of St. Stanislaus in New York.

Thanks to his mother’s connections, after returning to America, Ralph Modjeski got his first job with the eminent bridge builder George S. Morison. He began as a master in the steel bridge components division and ended up seven years later as chief supervision and quality inspector in the company. Then, in 1892, he started working for himself and founded Modjeski & Masters in Chicago (with subsidiaries in New York and New Orleans). In the same year, his third child was born – his daughter Marylka, who became the well-known painter Modjeska-Pattison. He also had sons Feliks (b. 1886) and Karol (b. 1890), who would both follow their father’s footsteps and become engineers.

Ralph Modjeski won recognition thanks to his knowledge and bold work. Modjeski & Masters's speciality was the design and construction of suspension bridges, which at the time were the height of technical fashion, though they were difficult and risky to build. Modjeski used numerous technical modifications, including new methods of joining individual bridge elements and new steel alloys, and he also began to use more durable materials, such as reinforced concrete, to build spans.

Of course, running the company was not easy initially, but after building several bridges (including the Trebes Bridge on the Mississippi in Illinois, a bridge with a 198-metre-long main span with two arched flyovers, opened in 1904) his fame grew, and after being awarded the title of engineer of the year, orders started to arrive. He connected the distant banks of American rivers, designing and supervising the construction of over 30 suspension bridges.

In 1911, he received a doctorate degree in engineering from the University of Illinois, and his scientific papers were published, including a treatise on large bridge design (1913). In 1929, he was awarded the John Fritz Gold Medal, the highest American engineering award, and in the same year Lvov Polytechnic awarded him an honorary doctorate. The Benjamin Franklin Bridge in Philadelphia (over the Delaware River, with a record breaking span of 530 m, opened in 1926) and the Bay Bridge linking San Francisco to Oakland (1936) made him famous around the world. Building a bridge across the bay earned him the title of suspension bridge wizard in the United States. It was at that time that he took his well-deserved retirement and devoted himself to academic work and his family. 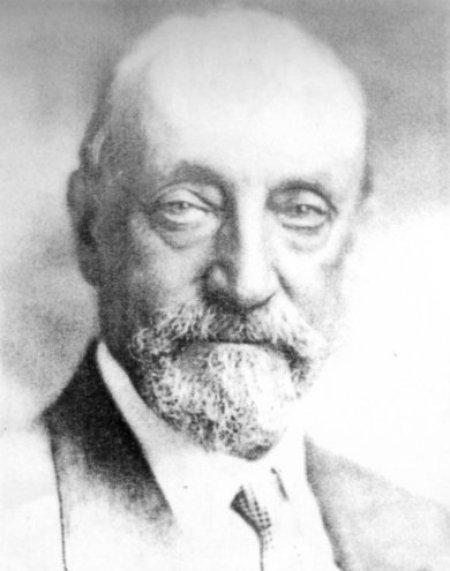 Ralph Modjeski's private life was not particularly happy, especially after his beloved mother died on 8 April 1909. His stepfather, Karol Chłapowski, took Helena Modrzejewska’s body to bury it in Krakow’s Rakowicki Cemetery (where he was later buried in 1914). At that time, Ralph's marriage to Felicja was falling apart, although they only separated in 1916, and divorced in 1931. Then, at the age of 70, Modjeski married the much younger Virginia Mary Giblyn. The family, though, did not accept her, seeing her as a gold digger. It is worth noting that Modjeski had previously been in love for a long time with the artist of French origin Belli Silvestri, who committed suicide in 1929, in unexplained circumstances.

After retiring from running the company in 1936, Modjeski settled in a beautiful villa with a garden at N. Alexandria 157 in Hollywood. Kazimierz Kozuba writes (The Suspension Bridge Wizard) that at that time "he liked most of all to lie in the sun and talk for hours with his grandson Karol, Maryla's son. The grandson was already an engineer, and was about to travel to the front in the war with the Japanese in the Pacific.

Rudolf Modrzejewski, or Ralph Modjeski, died in his villa garden on 26 June 1940. He was buried at the Ingelwood Eternity Mausoleum Cemetery in the crypt K-208. A few months later, his son, Felix, an engineer and owner of the prosperous Modjeska Electric Co., died suddenly (...). In 1944, Rudolf Modrzejewski’s second son, Karol, a civil construction engineer, died. Maryla's daughter, whose surname was Pattison by her husband, who lived in Arizona, died in a car accident in 1966. Her son Karol was then a professor at Arizona State University, where he taught mechanical engineering."

The bridges built by Ralph Modjeski still stand today, although some of them have been renovated and rebuilt after many years. In 1999, the Polish Post Office issued a stamp bearing the image of the eminent engineer and one of his works. Meanwhile, in May 2008, a ceremony took place in Bydgoszcz naming the Fordon bridge after Rudolf Modrzejewski.