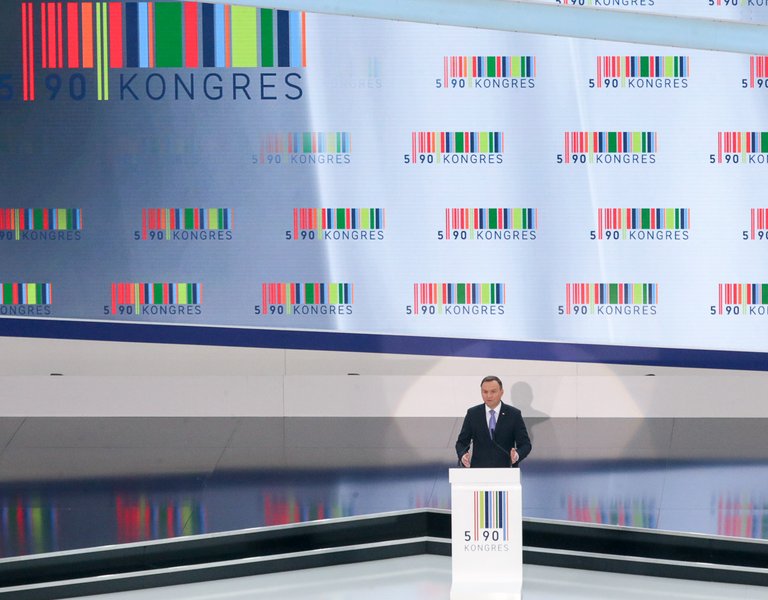 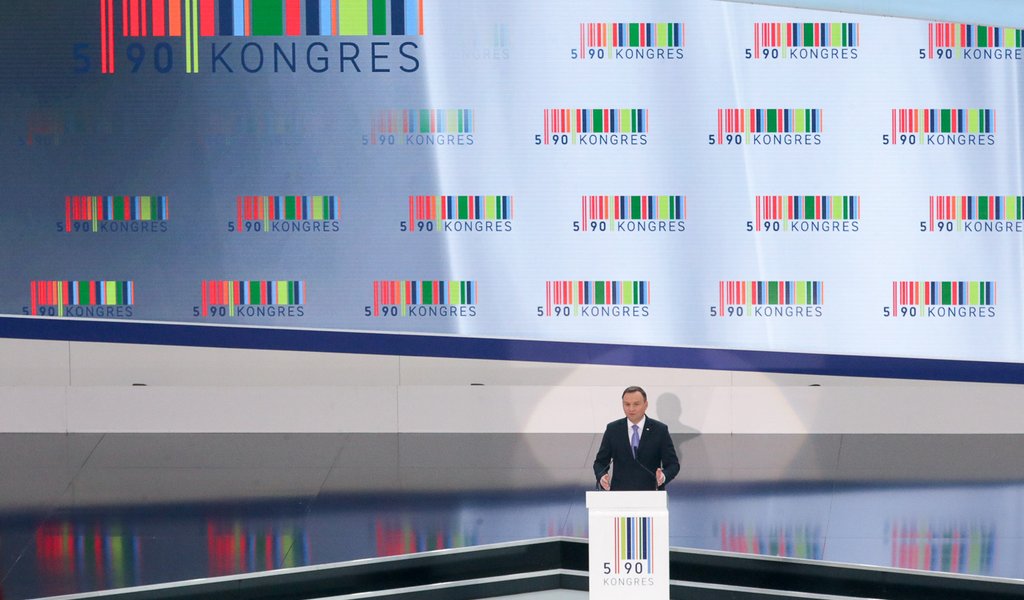 The constitution revolution is a great hope for companies

“This is a step in the right direction, but what is most important is how it will be implemented,” say entrepreneurs about the new law on business.

The presentation of the constitution for business is to take place at Congress 590, which will be held in Rzeszow on Thursday and Friday under the patronage of President Andrzej Duda. The draft act authored by Mateusz Morawiecki’s ministry has already been prepared.

“This is a step in the right direction. We have great hopes that these ideas will be defended against resistance from other ministries and institutions,” says Łukasz Kozłowski of Employers of Poland. Some of the new regulations were reported on yesterday by Puls Biznesu.

The legislation will contain general clauses defining the treatment of business by the authorities, and detailed rules for dealing with specific issues.

Experienced business leaders are exercising caution. They emphasise that in addition to regulations, it is important that the various lower level state institutions adhere to them. And this may not always be the case.

Better received are specific ideas provided by the development ministry for the implementation of these principles, for example the issuing of individual interpretations for entrepreneurs and the requirement that government offices adopt these interpretations if they fail to take a position on a given matter within 30 days. Although here also the concern arises that a lot will depend on local administrative practice.

“The legislation itself will not change anything. We already have a lot of very good regulations. The problem is that they are too favourable for entrepreneurs, meaning that officials will not apply them. Therefore, if we want a real revolution, Minister Morawiecki, after pushing through the new law, has to pay special attention to checking whether the authorities actually apply it,” says Dorota Wolicka, vice president of the Union of Entrepreneurs and Employers.

The constitution aims to simplify the process of setting up a company, offering relief in the payment of social security contributions for the first six months.

“It’s a good idea, which strengthens the current preference, namely reduced Social Insurance Institution contributions for two years, although it does not solve the problem entirely. At present, a lot of businesses close the moment the relief comes to an end,” emphasises Łukasz Kozłowski.

In his opinion, the government should make payment contributions more flexible, in order to avoid such the rapid increase discrepancy existing today between the preferential contribution of PLN 400 and the full one at PLN 1100.

Another idea from ​​the development ministry is to introduce unregistered businesses. The idea is that someone who is not registered as a company and earning a monthly income from business that is less than 50 percent of the minimum wage is not classified as an enterprise. In other words, a person running a garage sale or a pensioner earning extra money selling parsnips at the market will not be recognised by officials as operating a business. As a result, they will not be subject to numerous requirements contained in dozens of different laws.

“I have a problem with evaluating this idea. In principle it is good, but I am concerned about whether the system will be robust enough,” says attorney Radosław Płonka, BCC legal expert, commenting on the proposal.

“Therefore, it is better not to introduce the concept of unregistered businesses, and rather focus on streamlining controls. Under this proposal, officials would not harass those who have no impact on treasury revenues or who do not constitute unfair competition in the market,” says Płonka. However, according to Kozlowski, the idea would remedy current discrepancies, and should therefore be introduced.

One of the key issues in the new law will be a chapter on the rules for setting up a company. In it, there are specific limits on the duration of checks, which will be different for the smallest businesses compared to large ones. The department wants to relieve the burden carried by SMEs.

“The idea is good, but I worry about its implementation. The regulations at present do not allow inspections to last many months. But still they do,” notes Dorota Wolicka. She emphasises that defining limits for officials may be a change for the good only if someone from the ministry ensures that the provision is not ignored.

The development ministry believes that the reform will succeed if only because the new rules provide guarantees that will ensure its success. With regards to rules for carrying out inspections, these include the ability to seek compensation by entrepreneurs who suffer losses as a result of an inspection carried out in violation of regulations. In the battle to guard against not applying the new rules by officials, help will come from a newly appointed ombudsman for entrepreneurs who, according to Mateusz Morawiecki, will become a protective shield for business.