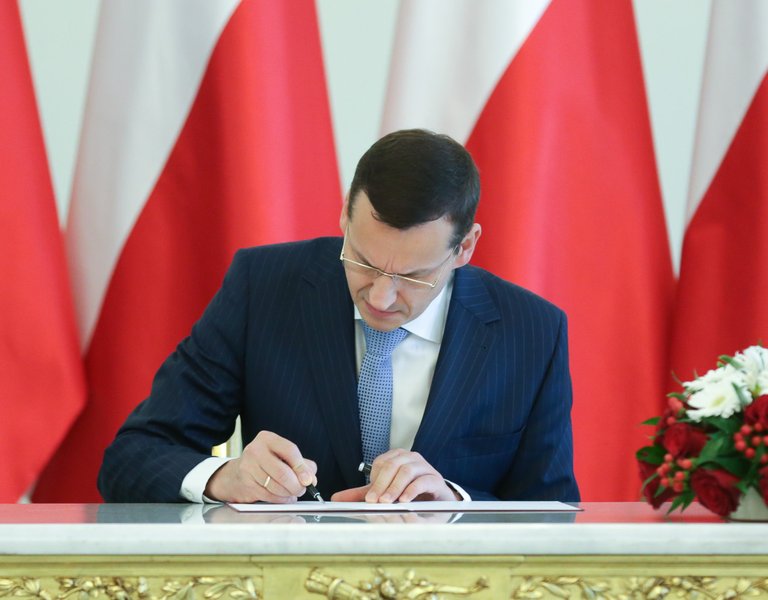 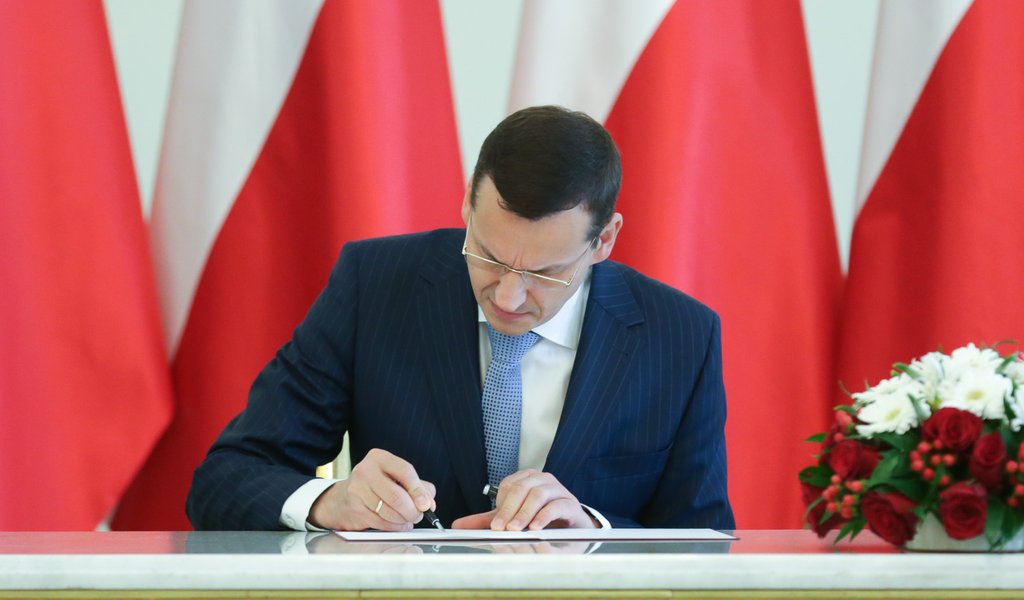 Morawiecki takes charge of the economy

The government reshuffle has, for the time being, consisted of the resignation of only one minister. However, the change is a significant one in that from now on the Deputy Prime Minister Mateusz Morawiecki will assume additional competencies and will be fully responsible for pushing through Law and Justice’s so-called “Morawiecki Plan”. For the time being, we are merely familiar with its overall vision, fundamentals and objectives. Prime Minister Beata Szydlo removed the second economic centre within the government, dismissing Finance Minister Pawel Szalamacha. The latter will be replaced by Morawiecki. The Deputy Prime Minister will stand at the helm of the two separate ministries, as he will also remain Minister for Development.

Explaining her changes, which are personnel-related as well as organisational in nature, the head of government spoke of the next stage of implementation of the anticipated economic plan, in line with the Law and Justice (PiS) programme.

“The Council of Minister approved the Responsible Development Plan, which we are putting into force. The stage of strategic preparations, consultations has come to a close. At the moment, we are entering a period during which concrete solutions will be prepared and introduced. This is also the moment when changes to the structure of the Council of Ministers need to take place, in order for this programme to be effective and implemented in line with its original blueprint. In this respect, coordination of the work carried out by the economic ministries is essential,” the Prime Minister explained.

This co-ordination is due to take place not only by making one individual responsible for the two economic ministries, but also through the creation of the Council of Ministers Economic Committee. Deputy Prime Minister Morawiecki will, of course, stand at its helm.

Speaking about the events behind the dismissal of Pawel Szalamacha, the Prime Minister said that it was he himself who asked for it, saying that he would like a “change of role”. “He will shortly become involved in other important tasks,” Szydlo said.

The now former finance minister said yesterday that he tendered his resignation because “general political developments took a turn that were not necessarily indicative of the opportunity to continue his work in the Ministry of Finance”. For the past month, the press has indicated that Pawel Szalamacha is certain to leave the government.

Szydlo announced that a centre for development analysis and strategic studies will be created in the near future, under the supervision of the prime minister.

The head of government indicated the she would – together with the Chairman of the Standing Committee of the Council of Ministers Henry Kowalczyk – present proposals on Tuesday for a new governance of state-owned companies. The changes are, amongst other things, a result of the liquidation of the Ministry of Treasury which Kowalczyk is in charge of following the recent dismissal of Dawid Jackiewicz. The Ministry of Treasury is due to be liquidated by the end of the year. Changes to its management will be linked to, amongst other things, greater control over companies owned by the Treasury.

“Housing+” to be implemented

During the course of its two-day session concluded yesterday, the Council of Minister approved an initiative linked to the implementation of the National Housing Programme introducing the “Housing+” programme, which is aimed at providing apartments that are cheaper than those currently on the market as well as the opportunity to purchase the apartment. Legislation underpinning the programme, which will go to parliament, is being prepared.

The government also approved a legislative budget proposal for next year. The Prime Minister announced that next year’s budget, put together by Minister Szalamacha, would guarantee financing for all of the government’s most important projects: the “500+” programme, introducing the minimum pension of 1,000 zl, free medication for senior citizens, as well as pension reform. At issue here is a return to the previous retirement age, which is being worked on by the Sejm.