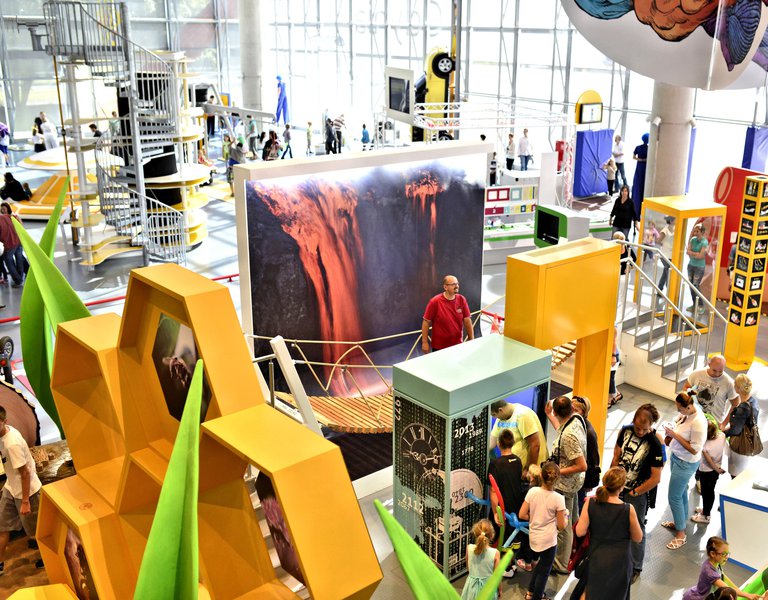 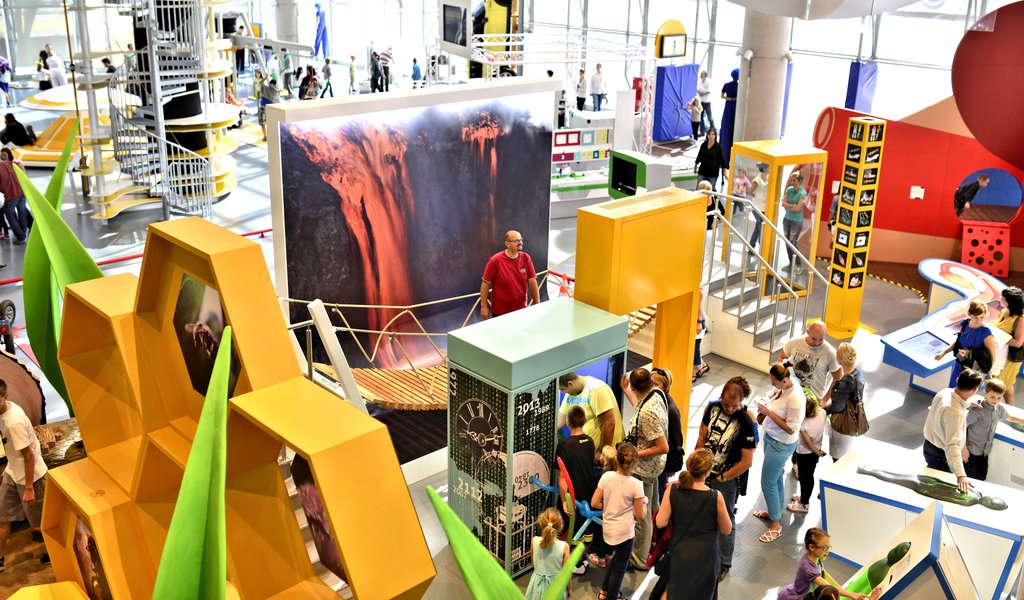 Poles have fallen in love with science centres. Advanced facilities are mushrooming which welcome both children and adults to experience science through experiment.

Modern, bright space, fascinating exhibitions and crowds of visitors could be a few words to describe The Experyment Science Centre in Gdynia, which has been operating since 2013. The Centre is situated within the Pomeranian Science and Technology Park. A spacious steel and glass building with an area of 3,500 sq. m houses four permanent exhibitions: Hydroworld (hydrology), The Tree of Life (nature), Operation: Human (physiology and medicine) and Invisible Forces (physics). Visitors are also drawn by temporary exhibitions. The exhibitions feature over 150 advanced, interactive items which invite experimenting and learning about scientific curiosities.

Opened in 2008, the Hewelianum Centre chose the historical interior of Shelter Barracks – one of picturesque fortifications erected by the Prussian army on Gora Gradowa in Gdansk – for the site of a modern exhibition. The Centre was awarded the first prize under the Renovation category in the 2009 edition of the Poland Is Getting Beautiful – 7 Wonders of European Funds contest for adapting the 19th century space to the needs of a 21st century science centre.

The Gdansk-based Centre offers seven exhibitions, including an interactive Energy, Sky and Sun, and a multimedia historical exhibition, Time Machine – Man and Missile. It also houses various temporary exhibitions and provides educational classes for students. Hewelianum’s another attraction is an educational path marked out around the adjacent 8-hectare park on the grounds of the former fort. What is more, a planetarium is scheduled to be built soon. It will be a tribute to the Centre’s patron – the 17th century astronomer from Gdansk, Johannes Hevelius. 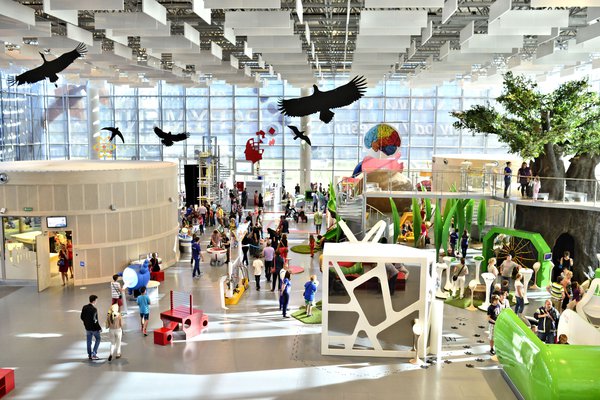 An interactive Mill of Knowledge Innovation Centre in Torun is seated in a former steam-powered grain mill that dates back to the 1880s. In 2013 the building was opened to the public after adaptation: 5,000 sq. m were allocated for exhibition space, science labs, exhibition rooms for children, and office space.

The Centre’s pride and highlight is Foucault’s Pendulum, the longest permanently fixed in Poland, which allows observing the Earth’s rotation. It is suspended on a 33-metre rope that extends from the ceiling to the ground floor, all the six storeys down, thus being visible from each level.

Besides that, the Mill of Knowledge features two permanent exhibitions. One of them, titled On the Revolutions, deals with the theme of the Earth’s rotation and alludes to the lifetime work of the famous Nicolaus Copernicus from Torun – “On the Revolutions of the Heavenly Spheres.” The other, River, tells about the Vistula River that runs through Torun. The Centre also welcomes visitors to temporary exhibitions.

The Leonardo da Vinci Science Centre, an interactive museum enclosed with a garden of experiments, was opened in September 2014 in Podzamcze near Checiny, in the province of Kielce. An exhibition space of over 4,000 sq. m presents advanced exhibits, among them a periscope, a whirlpool, an acoustic telegraph, a Newton’s cradle, and a laser harp.

The new Centre opens with the World of Leonardo, which will be on display until 19 September 2015. It has been shown in such places as Tokyo, New York and Milan. Incredible machines designed by the Italian Renaissance genius have been brought to life using interactive presentation techniques, including the 3D technology: visitors can admire time machine models, a robotic knight and a mechanical lion that Leonardo had built for the king of France.

The Stanisław Lem Garden of Experiments in Krakow was established in 2007 as the first and unique sensory educational park that introduces visitors to the laws of physics. The park’s concept is modelled after Field of Experiences for the Senses in Nuremberg and the La Villette Science and Technology Park in Paris.

The Garden of Experiments contains some 50 interactive exhibits that invite visitors to play and experiment: a Galileo’s inclined plane, a whirlpool, a kaleidoscope and pipe bells. The facility also hosts interactive workshops and shows of physics experiments.