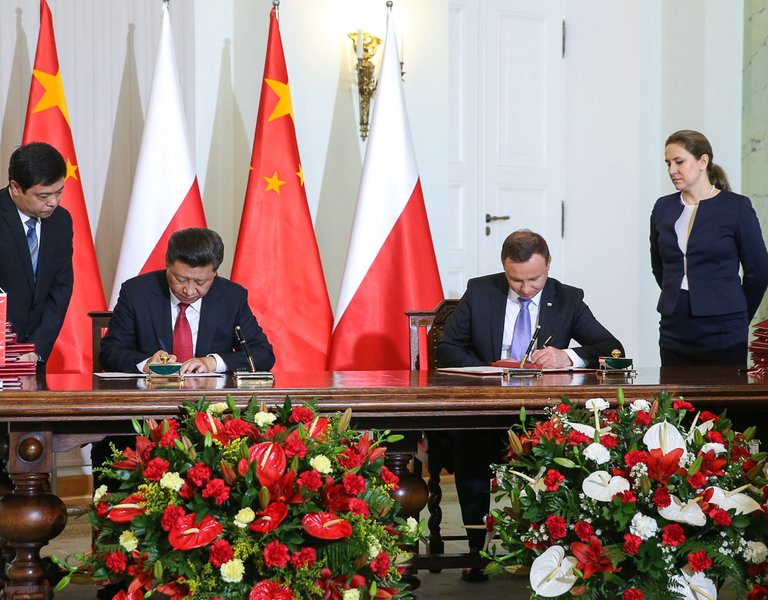 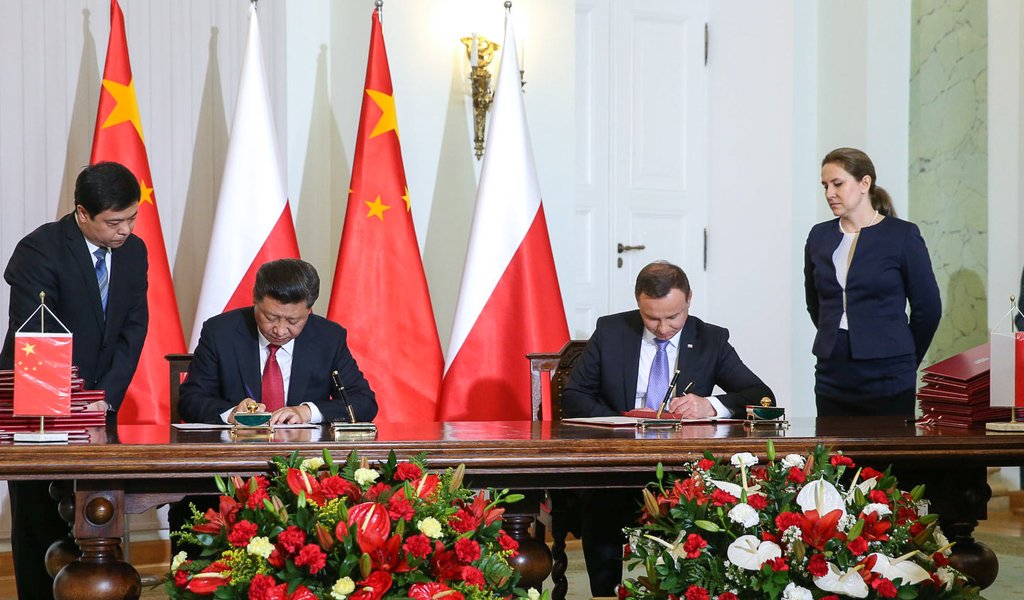 Both countries view development as an important opportunity for mutually beneficial cooperation, states the declaration while stressing that both countries have built mutual political trust that enables a regular and open exchange of ideas at a high political level.

Both countries also vowed to strengthen political, economic, social and cultural cooperation as well as coordination and collaboration in international and regional matters. Poland and China declared their willingness to raise the level of bilateral relations in a comprehensive manner for the benefit of both nations.

The joint declaration also refers, among others, to the deepening of cooperation in the areas of economy and trade, finances, transport and logistics, infrastructure, civil aviation, energy, agriculture and commerce, technology and environmental protection. "Both sides will unite efforts to promote investment and balancing bilateral trade, especially by providing better access to the market," states the document.

Poland and China declared activities promoting cooperation within the Polish Plan for Responsible Development and the Chinese "Belt and Road Initiative," and note that China welcomes Poland's accession to the Asian Infrastructure Investment Bank as a founding member.

Poland and China also declared their cooperation in the fields of culture, education, sports, tourism, health and between research centres and signal the promotion of "friendly exchanges between young people from both countries." "Both sides will seek to set best possible conditions for contacts through continuous improvement of visa procedures," it has been stressed.

The statement notes that Poland supports peaceful development of relations between the two sides of the Taiwan Strait and reaffirms its attachment to the One China policy.

Presidents Andrzej Duda and Xi Jinping also point to "the need for exchange of views in order to promote and protect human rights and the rule of law, on the basis of equality and mutual respect."

The presidents signed the declaration following both plenary talks of both countries' delegations. Representatives of the Polish and Chinese government and institutions of the two countries also signed a number of bilateral documents.

Among them an agreement on mutual recognition of diplomas and professional titles in higher education as well as a memorandum on joint drafting of assumptions of a bilateral plan of cooperation between the Polish and Chinese governments.

Also signed were letters regarding an agreement on reciprocal waiver of international air transport services from value-added tax or tax of similar nature, as well as a protocol on Polish-Chinese cultural cooperation for the years 2016-2019.

The two countries also signed a protocol on phytosanitary requirements for the export of Polish apples to China, and a memorandum of understanding on cooperation in monitoring harmful substances in poultry meat exported to China and a letter of on research and cooperation concerning the principles of regionalisation with regard to African Swine Fever.