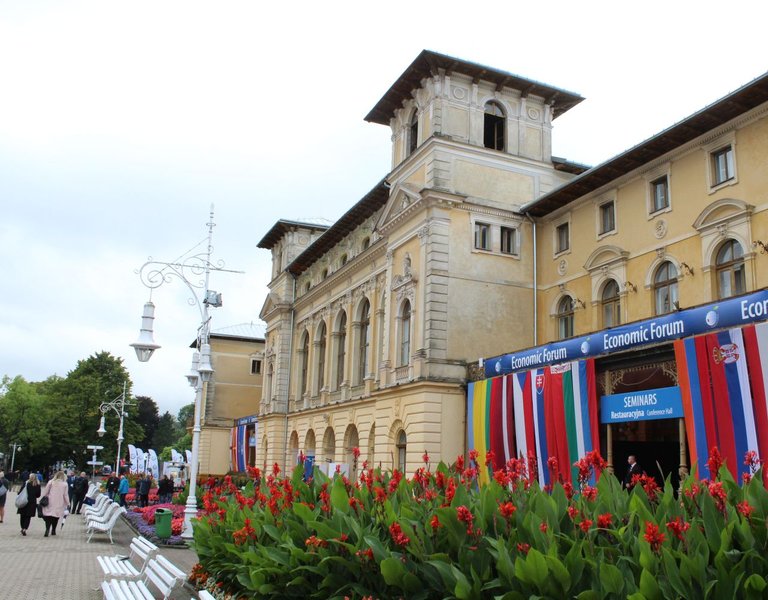 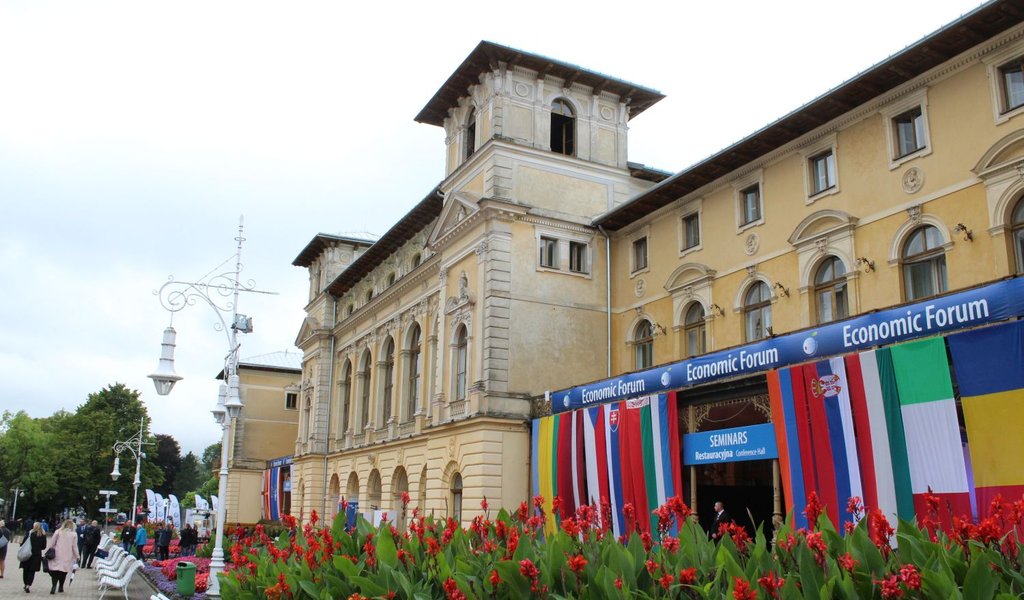 Politicians and business on “Project Europe”

The 27th edition of the Krynica Forum once again focuses on the most important issues pertaining to Polish and European politics and business.

Heads of state, government leaders, ministers and parliamentarians from Central Eastern Europe as well as CEOs and board members of Poland’s biggest firms will take part in this year’s discussions.

This year’s Krynica Forum will take place under the slogan “Project Europe – A Recipe for the Coming Decades”. The Economic Forum is the biggest international conference in our part of the continent. It has traditionally been a meeting place for presidents and prime ministers from Central Eastern European countries. Among those who have confirmed their attendance in this year’s conference are: Giorgi Margvelashvili, the President of Georgia and Gjorge Ivanov, the President of Macedonia.

The Krynica sessions will consist of almost 200 discussion panels organized according to thematic blocks. These will include macro-economics, business and management, energy, regional and international politics, health, society and media. Apart from business representatives, academics and journalists also taking part in the debates will be many of Poland’s leading politicians. Among those who have confirmed their attendance are: Prime Minister Beata Szydlo, the Minister of Development and Finance Mateusz Morawiecki, as well as the Minister of Science and Higher Education Jaroslaw Gowin and the Minister of Culture and National Heritage Piotr Glinski and the Marshal of the Sejm Marek Kuchcinski. Also attending will be the Minister of Energy Krzysztof Tchórzewski, the Ministry of Family, Labour and Social Policy Elzbieta Rafalska, the Minister of National Education Anna Zalewska in addition to the Deputy Foreign Ministers Konrad Szymanski, Marek Magierowski and Jan Dziedziczak as well as the Deputy Development Minister Jerzy Kwiecinski.

Panellists taking part in the “Energy Forum” discussions will focus on issues such as energy trends, challenges for the Polish fuel sector, renewable energy and supply diversification. The guests will include: Piotr Dziwok, the CEO of Shell Polska, Filip Grzegorczyk, the CEO of TAURON Polska Energia, Wojciech Jasinski, the CEO of PKN Orlen, Marin Jastrzebski, the CEO of Lotos Group, Robert Ostrowski, the Deputy Chief Executive of Jastrzebska Spolka Weglowa, Filip Thon, the CEO of Innogy Polska and Piotr Tutak, the CEO of EuRoPol Gaz.

Will the blossoming economic co-operation between Europe and Asia help reconcile conflicting interests? This topic as well as other issues including the role of the modern state in shaping an innovative economy, experiences and challenges of economic diplomacy, and the future of fast-speed rail networks will be discussed by:  Radosław Domagalski-Łabędzki, the CEO of KGHM Polska Miedz, Dariusz Blocher, the CEO of Budimex, Marek Chraniuk, the CEO of PKP Intercity, Maciej Libiszewski, the CEO of PKP Cargo.

The heads of some of the biggest banks have also confirmed their attendance at the Forum. Mergers and acquisitions are common occurrences in the fast-changing market conditions in various sectors. Zbigniew Jagiello, the CEO of PKO Bank Polska, will be one of several speakers to address how to effectively carry out consolidations in order to bring about desired outcomes. Also travelling to Krynica will be: Tomasz Bogus, the CEO of BGZ BNP Paribas Bank, Scott Solberg, a member of the board at HSBC Bank Polska and Cezary Stypulkowski, the CEO of mBank.

The Foundation Institute for Eastern Studies is the organizer of the 27th Economic Forum in Krynica-Zdroj, which will take place between September 5-7. The main partner of the event is the Lesser Poland Voivodeship.