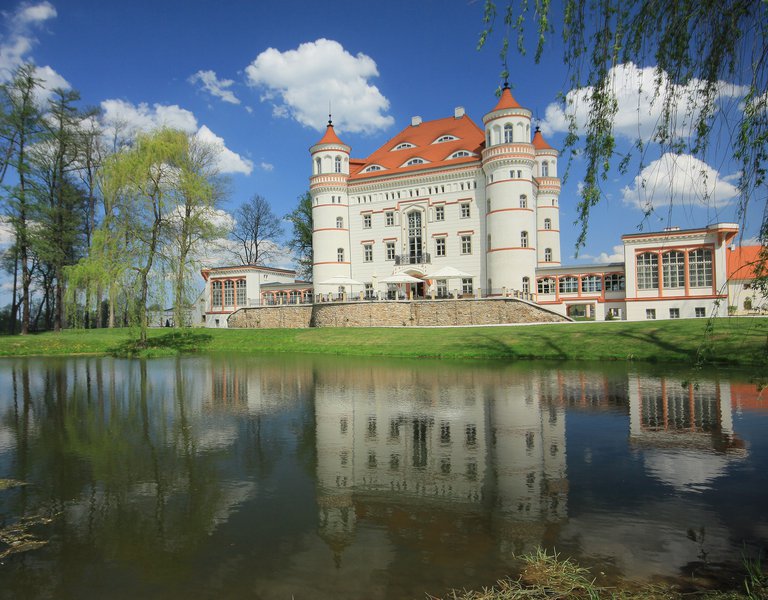 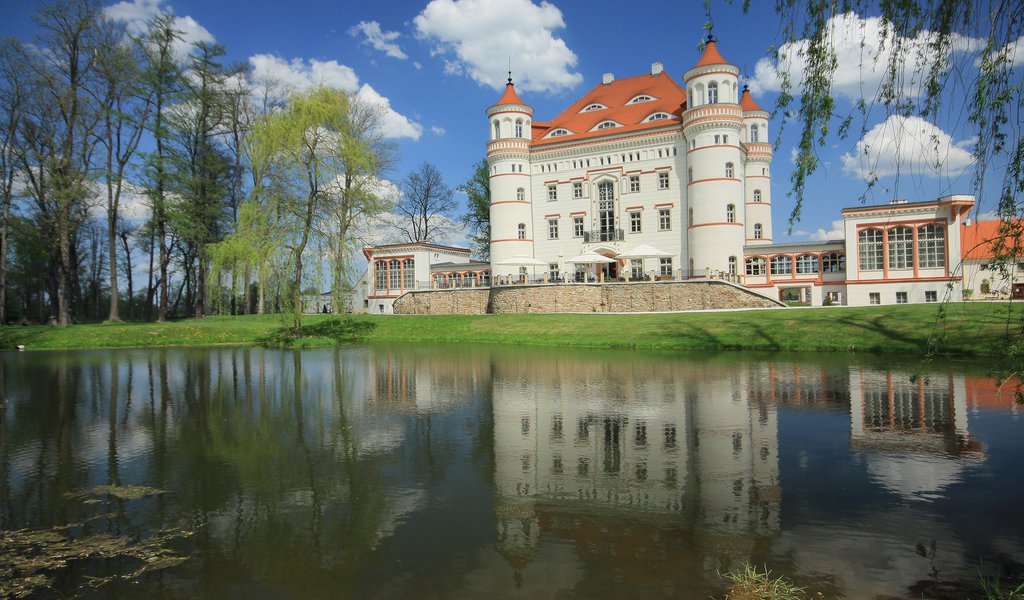 See how beautiful Poland has become!

On the 1st of May, we are celebrating the 10th anniversary of accession to the European Union. Since that day, Poland has worked on the restoration of the former lustre of numerous historical buildings or the development of facilities for culture and tourism. Many of these investments have been carried out owing to European Funds.

The best tourism and recreation projects co-financed with EU subsidies have been selected for seven years by the Ministry of Infrastructure and Development within the competition entitled ‘Beautiful Poland – 7 Wonders of the European Funds’. We would like to present seven of several dozen candidates that in our opinion deserve attention.

1. Everything worth knowing about iron

Renovated historical ironworks in Starachowice have been transformed into a modern museum of ironworks open to visitors. Its main attraction is the Great Furnace of 1899. It is a brick building covered with a cobweb of filtering and blowing devices with a loading ramp, which was used in the older days to supply ore and coke. The furnace is operated by a steam engine delivering compressed air. The one in Starachowice is one of the oldest in the world. It arrived in 1889 straight from Exposition Universelle in Paris.

The former ironworks now house a vibrant Museum of Nature and Technology. One of its exhibitions is dedicated to palaeontology and features reconstructions of dinosaurs which used to inhabit the neighbourhood. Next to the ironworks facilities, on areas covered with greenery, an archeopark has been created – a replica of ancient ironwork settlement, one of many that used to be in the vicinity in the first millennium of the Common Era.

The National Museum in Krakow has gained a huge attraction: a collection of Polish numismatics based on 11,000 coins, medals and banknotes from the collection of Count Emeryk Hutten-Czapski. The entire numismatic collection of the museum contains as many as 110,000 exhibits. The most interesting and most appealing ones have been presented together with antique books and manuscripts in a modern exposition equipped with 40 multimedia stations. A Numismatic Cabinet with professional research equipment is located next to it.

Visitors are also attracted by the magnificent location of this extraordinary exhibition: the palace of the Czapski family from the 19th century, which used to house a private museum of noblemen. Its furnishing – library furniture and exposition cabinets – has been renovated and serves the contemporary exhibition, similarly to the historical garden surrounding the palace.

Małopolska, the region of Poland whose capital is the historic city of Krakow, has been the home and place of creative activity of numerous prominent poets and epic writers, such as Stanisław Lem, the star of science-fiction literature, Sławomir Mrożek, a famous playwright, and Czesław Miłosz, a winner of a Nobel Prize in Literature. The traces of these great Poles may be followed at Reading Małopolska – a web portal available in Polish and in English. The portal also includes thematic trails related to Jewish literature, which is very popular in Krakow, or Polish masters of contemporary reportage.

4.  In a Galician town from a hundred years ago

The largest heritage park in Poland and one of the most beautiful open-air museums in Europe – the Ethnographic Park – is located in Sanok, a city opening to Eastern Carpathians. It has recently acquired a new object: Galicia Market Square, which is an exact copy of a Galician town of the turn of the 20th century.

The cobbled market square is surrounded by 29 buildings that look as if they were directly transported from the bygone era: an inn with bowling lanes, a pharmacy, a colonial store, a bakery, Jewish houses and workshops: shoemaker's, barber's and tailor's. In the interiors, visitors can watch historical devices and learn how old handcraft was created.

The market square attracts with traditional, annual Christmas Fairs and Great Family Picnics. From May to October, every third Sunday of the month, Galicyjska Graciarnia [Galician Glory-hole] is organised there, where junk and antiques can be sold, purchased or exchanged. 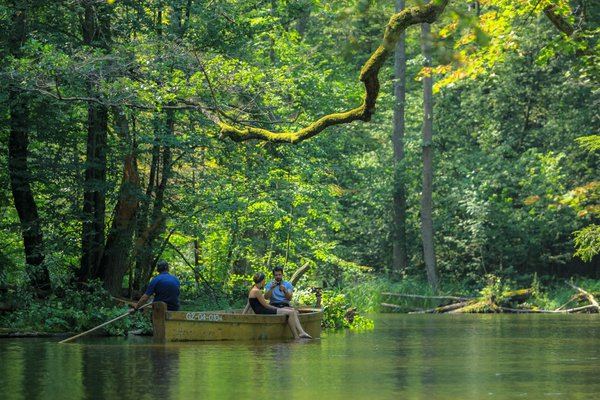 5. Kayaking through the Tuchola Forest

The Brda is one of the most popular kayaking rivers in Poland. It runs in the lag of the ‘Bory Tucholskie’ National Park, through the largest pinewood in the country. Kayak enthusiasts can now enjoy six newly constructed campsites with piers for mooring, roofed sheds, bicycle stands and places for camp fires. New car parks and campsites equipped with sport fields and playgrounds for children are also located in the vicinity of the water course. From the observation tower in Fojutowo, tourists can admire the greatest aqueduct in Poland: junction of the Great Canal of the Brda and Czerska Struga.

The Tuchola Forest also attracts bicycle lovers with a new bicycle trail in the vicinity of Tuchola. The trail runs along one of the most picturesque sections of the Brda. Beaches have been marked on the shores of lakes that abound in this magnificent forest. Secluded spots hide piers for anglers. Culture lovers, in turn, will appreciate newly constructed or renovated amphitheatres.

6. With a smartphone by bike around Szklarska Poręba

Bicycle lovers travelling to Karkonosze, one of the most beautiful Polish mountain ranges, can now use a mobile map of bicycle trails surrounding Szklarska Poręba. It covers 500 km of routes along the border of Poland and the Czech Republic. The application for smartphones and tablets is available in Polish, Czech, English and German. Apart from detailed descriptions of trails, it includes a list of the most interesting historical buildings and tourist attractions in the vicinity, as well as the accommodation offer. The application also updates the calendar of cultural events in Szklarska Poręba and its neighbourhood.

Tourist information points offer printed maps translated into Czech, English and German. Cycling infrastructure, including boards with maps of the region and bicycle stands, has also been constructed and modernised as part of the same project.

7. Following the trail of Świętokrzyskie dinosaurs, castles, mines and caves.

In the Świętokrzyskie Mountains, the oldest mountain range in Poland, a 130 km long car route has been designed, connecting the greatest tourist attractions of the region. And they are really worth seeing. The route includes the Jura Park in Bałtów, with traces and replicas of dinosaurs that used to inhabit these areas. The Zachełm Nature reserve presents the traces of the oldest quadruped animal in the world, which have been discovered here. Nowa Słupia, in turn, presents the Museum of Ancient Steelworks, where archaeologists have found the oldest ‘metallurgical factory’ dating back to the turn of the 1st century B.C. Święty Krzyż – a historical sanctuary at Łysa Mountain, where the Catholic relics of the Holy Cross are stored – cannot be omitted. It is here that the oldest pieces of Polish literature were created. Tourists can also visit underground routes in the Raj [Paradise] and Piekło [Hell] Caves, the 6000-year-old flint mine in Krzemionki or the Kadzielnia quarry in Kielce. On the Grodowa Mountain, hikers can admire stone circles from 1000 years ago.

The Geoeducation Centre in the Wietrznia Reserve in Kielce is the most important point of interest at the Świętokrzyski Archeo-Geological Trail. Its offer includes: watching an armoured fish, a journey to the centre of the Earth in a 5D cinema, virtual sightseeing of the longest cave in the Świętokrzyskie Mountains and learning how to grind stones and geological treasures.