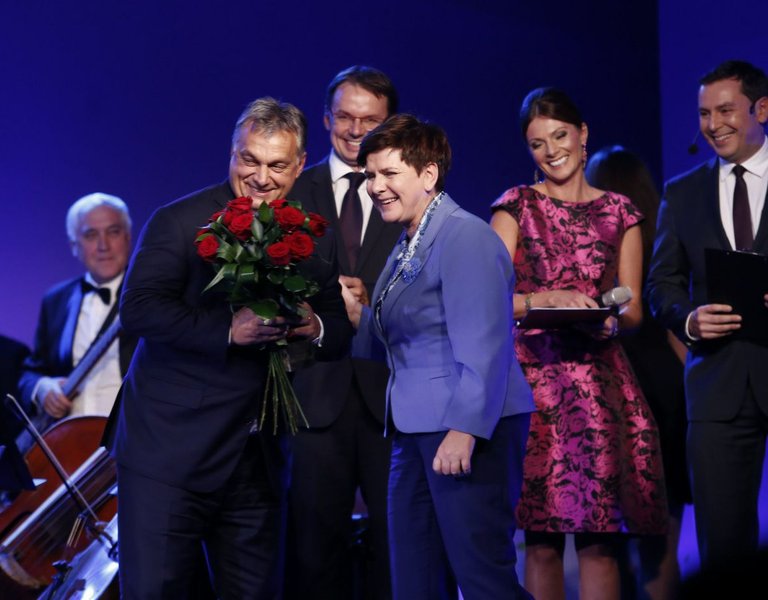 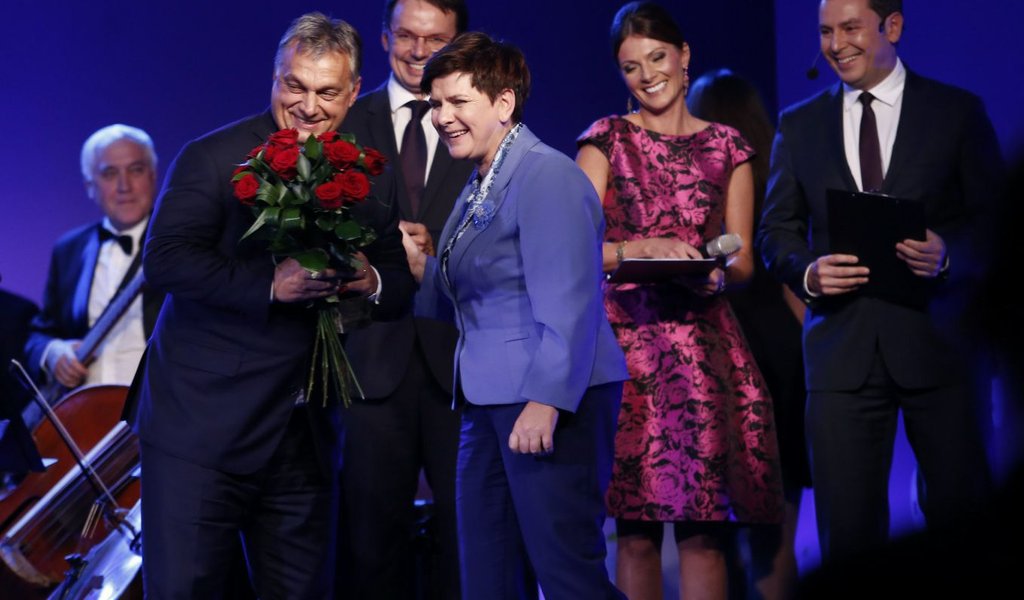 Viktor Orban named ‘Man of the Year’ at Krynica

Viktor Orbán has been awarded the Man of the Year title by the Economic Forum in Krynica. While not all experts agree that the Hungarian prime minister deserves this honour, a vast majority put a high value on the reforms that he has pushed through. The Hungarians are happy with these changes too.

Ever since he came to power in 2010, Viktor Orbán has swam against the current of European Union politics. He has challenged the West and showed that there is an alternative to the liberal economic model that ruined Hungary (for example when investors spirited profits away from the country) and to the continuous belt-tightening. He has defended national sovereignty, resisted the influence of Brussels and Washington, as well as the economic interests represented by the International Monetary Fund, international banks and companies.

With Hungary on the brink of bankruptcy, he carried out major reforms that weren’t to the liking of EU politicians. He did away with open pension funds, allowing the state to take over close to 10 billion euros. He cut taxes for the poorest. He introduced the lowest personal income tax rate in the EU (16 percent), while pushing VAT up from 25 to 27 percent, the highest in Europe. He imposed higher taxes on the rich, and levied new duties on banks and insurers. In time, he backed out of certain taxes, e.g. for telecoms and retail chains.

Apart from accolades for prime minister Orban, one of the major events of this year’s Economic Forum at Krynica was a debate about the champions of Polish business and their prospects of succeeding in international markets. Addressing the meeting, Prime Minister Beata Szydło pointed out that when discussing the champions, attention should be paid to small companies, notably start-ups, who stand a chance of joining the big names one day. In her view, economic patriotism should be a criteria that connects both big and small companies. “In short, it’s about promoting Poland across the globe by economic activity,” Prime Minister Szydlo explained.

Another speaker in the debate was PKN Orlen’s President Wojciech Jasiński, who said that the company he runs should serve Poland’s economy, while also taking advantage of its resources and the state’s support. “It is simply unacceptable to have a situation in which a government pays no interest to business in its country,” he said Economic history clearly shows that no big company can be set up and flourish without a proper state economic policy,” Jasiński said. “We need to learn how to cultivate good relations between business and state administration,” he added.