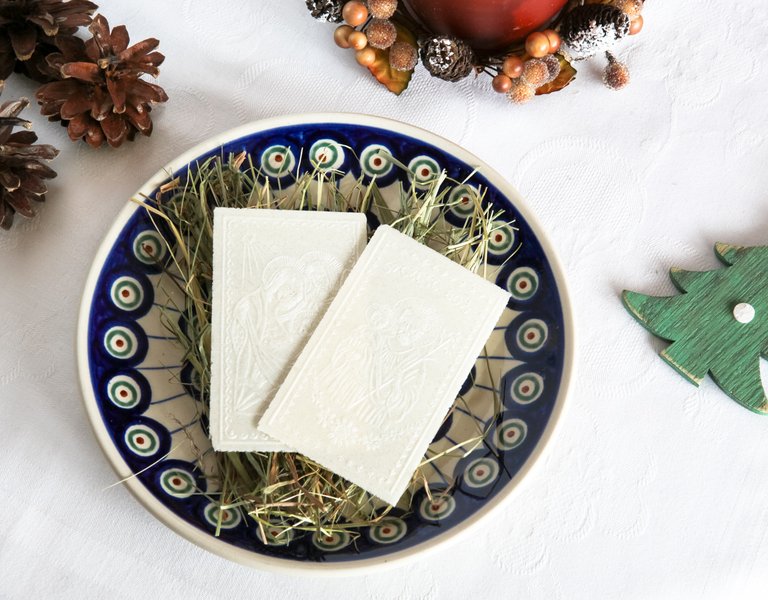 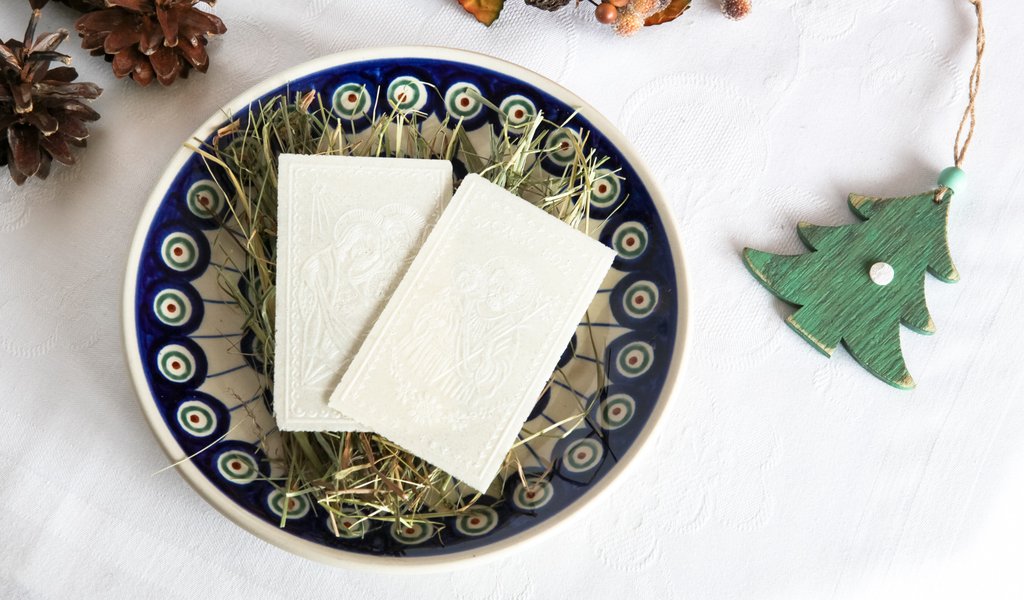 Christmas wafer: a symbol of reconciliation

No Christmas Eve supper in Poland can pass without the Christmas wafer or opłatek, a thin slice of bread made of white flour.

As soon as the first star appears in the sky on 24 December, many Polish families start their Christmas Eve supper by sharing the Christmas wafer. Following a centuries-old tradition, they only begin eating after giving their best wishes to each other. The Christmas wafer is a symbol of forgiveness and reconciliation, friendship and love. The material it is made of – bread – emphasises the earthly nature of those wishes.

The tradition of sharing the Christmas wafer is also present in Lithuania, Belarus, Slovakia, Ukraine, the Czech Republic and Italy. But it’s in Poland that it is most closely associated with Christmas Eve.

In the past, people used to believe that those who shared the Christmas wafer would be sharing their bread during the coming year. That’s why many people across Poland still make sure to share the Christmas wafer with all their loved ones, while those who spend this time of year away from their homes are likely to receive the opłatek along with their Christmas cards.

Bernardine nuns from a convent in Lodz set about making their wafers already in July. Though they do without bookkeeping, the nuns do try to fulfil all orders. “The wafer recipe is very simple: it’s only water and quality wheat flour. Unleavened bread evokes the Jewish matzah that the Jews took with them when fleeing from Egypt, as they had no time to wait until it was leavened,” Mother Superior Józefa Dzikoń tells Polska.pl. Wafers are made in the same cast-iron machines from Czestochowa that the order bought when setting up its wafer workshop back in 1987. “We are nuns, and our job is to pray, but we also have to make a living. Religious orders used to earn their livelihood by making collections, today this has been replaced by work. We must earn our living in the spirit of penance and poverty, so we make communion and Christmas wafers, praying for those who’ll receive them as we go,” explains the nun. 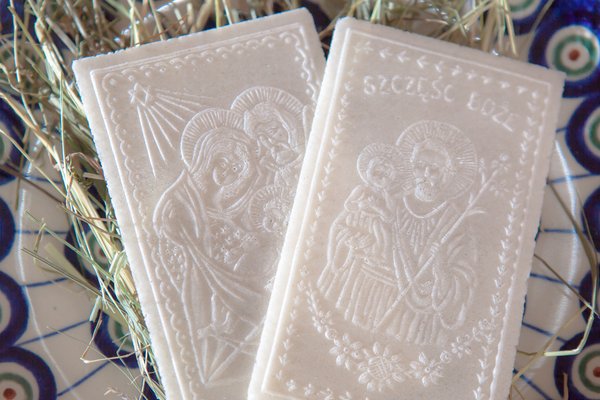 In the convent of Lodz, wafers are made by groups of four to five nuns at a time. They have to work fast, as wafers only take one minute to bake. If they stay longer in the machine, they’ll get brown and won’t be fit for the Christmas table. The nuns produce wafers in two sizes: 18 cm by 10 cm, and 10 cm by 6 cm.

Christmas wafers from the convent are then blessed by a priest. The nuns cherish their old recipe, which has not changed since the Middle Ages. It was back then, in the 9th century, that the wafer began to be used in Christian rituals instead of bread, which was also common in pagan rituals. To draw a distinction between the sacred and the profane, Charlemagne banned the use of bread, and Christians started making its unleavened equivalent, without salt or yeast. This kind of communion wafer became widespread in Western Europe. On the other hand, the Orthodox Church continues to use leavened bread to this day.

Communion wafers were first put to non-liturgical use in the 15th century. Poland followed suit only two centuries later. Initially made by priests and monks, later on wafers would also be produced by people associated with the Church, such as the organists. At first, the creamy dough was baked on hot stones, with iron tongs being used as an additional implement since the 9th century. A century later matrices started to be decorated with religious motifs of the lamb, cross and Host. Wafers continue to be embossed with symbols and religious scenes.

Although convents produce pure wafers without any additives, some regions of Poland have their local variations. One of them is światy, or colourful decorative wafers stuck on top of the Christmas tree. Another one, called radośnik, is a wafer spread with honey that’s common in Silesia.