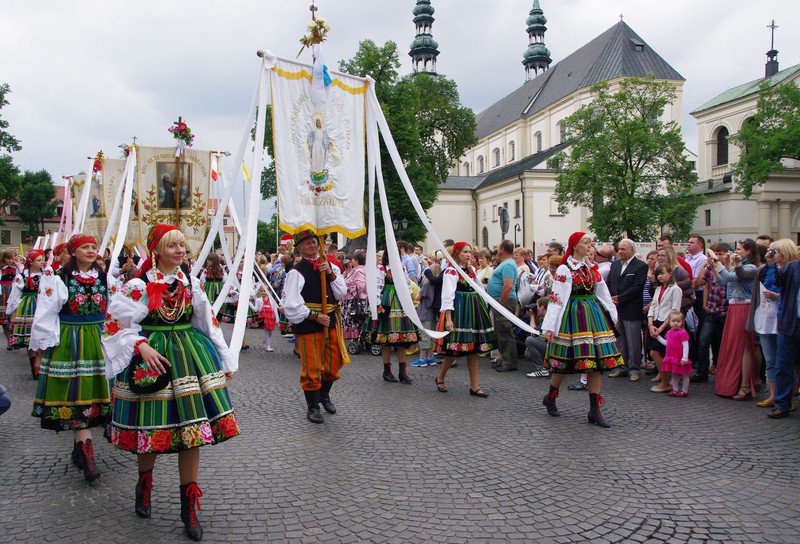 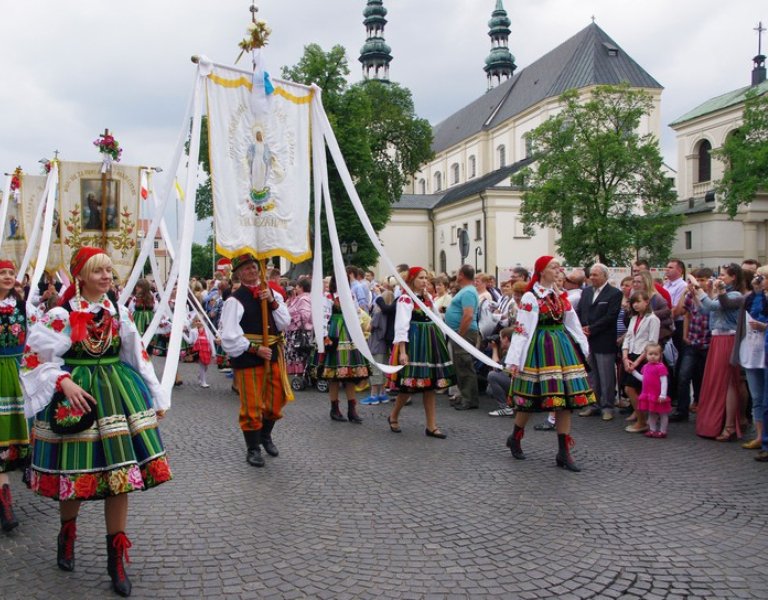 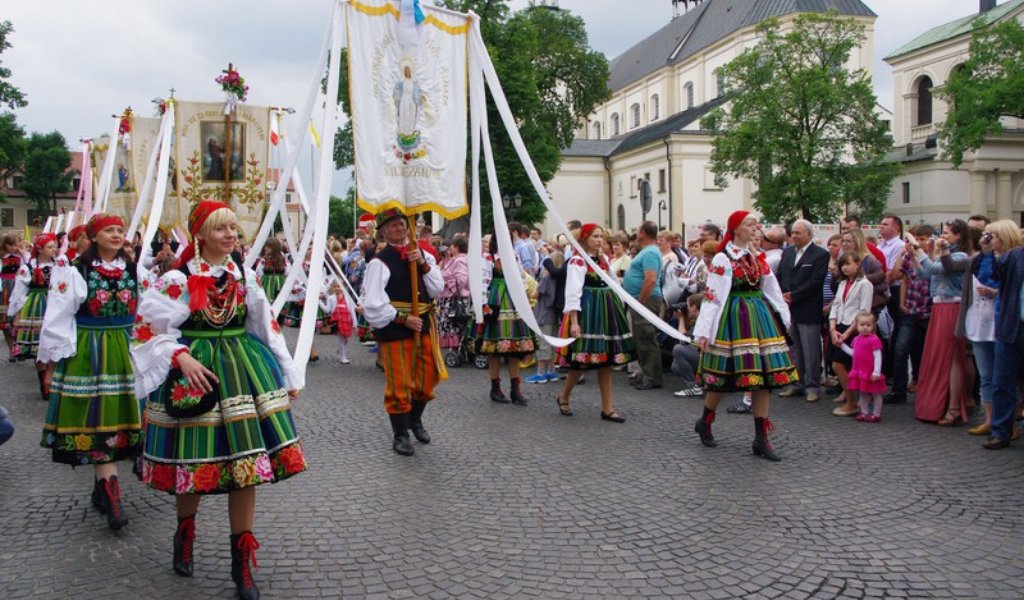 Corpus Christi celebrations in Łowicz: a step closer to the UNESCO list

The colourful procession of Corpus Christi that makes its way through the town of Łowicz each year has a chance of becoming the first Polish tradition on UNESCO’s list of intangible cultural heritage.

Dating back several hundred years, the tradition from Łowicz has just been inscribed on the List of Intangible Cultural Heritage kept by the National Heritage Institute. This is the first step towards being put on a UNESCO list.

The Corpus Christi procession in Łowicz starts in the cathedral at Old Market Square and then passes through the old town’s streets where it reaches four altars set up especially for this occasion. It then makes a U-turn and returns to the square in front of the cathedral.

A major highlight of the Corpus Christi procession are pasiaki, or traditional colourful costumes from Łowicz. A woman’s folk dress has several layers: underwear, a kiecka, a colourful skirt called zapaska, a bielunka shirt, and a bodice. The attire comes complete with red or amber beads, a silk headscarf and a flower wreath. Such an outfit can weigh up to twenty kilograms. Men put on striped trousers and waistcoats called lejbiki, and don felt hats. 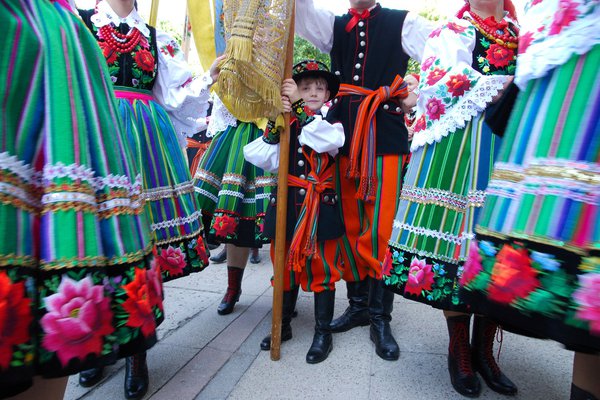 The participants choose flowers and birch twigs to adorn the altars. In the past, twigs were put in thatch roofs or barn corners to protect crops against pests and to keep fires, thunderbolts and witches at bay. Occasionally, in order to ensure good health, a person’s face would be lightly smacked with a twig and they would be told: “that’s for your health.”

Corpus Christi celebrations in Łowicz are an opportunity to discover folk art from across the region. Market stalls set up by local artists on this day feature not only folk costumes, but also the famous paper cut-outs from Łowicz: square-shaped designs depicting games called kodry, and gwiozdy, which are openworks with plant and bird patterns. Pottery and woodwork also on sale. 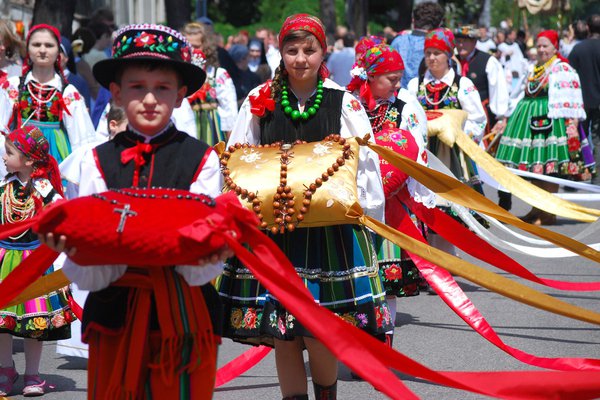 Each year, the procession attracts local parishioners and several thousand visitors from across the country and abroad. This year’s event will be attended by Polish President Bronisław Komorowski.

If everything goes according to the plan, the Corpus Christi procession in Łowicz will be added to the List of Masterpieces of the Oral and Intangible Heritage of Humanity, alongside 230 items from nearly 90 countries. The compilation includes culinary and music traditions, holiday rituals and customs, and traditional crafts. Some of the previous inscriptions on the list include the processional giants and dragons in Belgium and France, the carnival of Oruro in Bolivia, and the Baltic song and dance celebrations hosted by Estonia, Latvia and occasionally Lithuania.