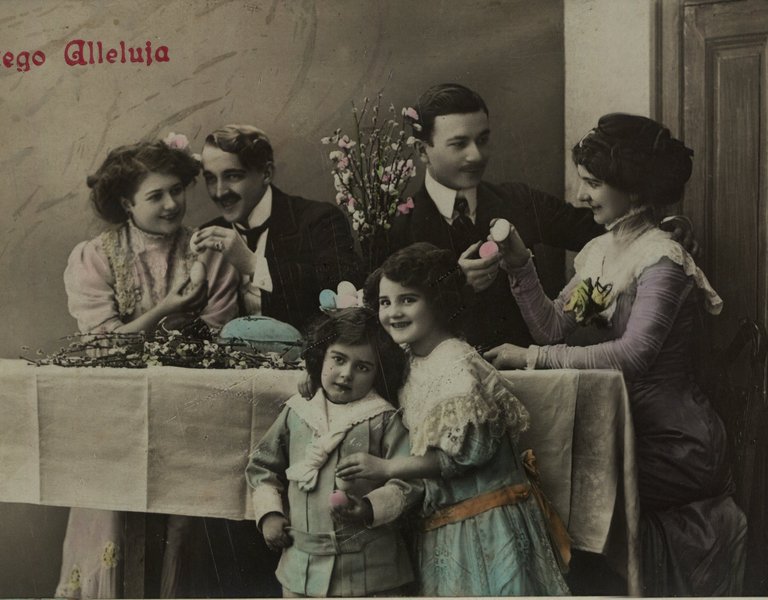 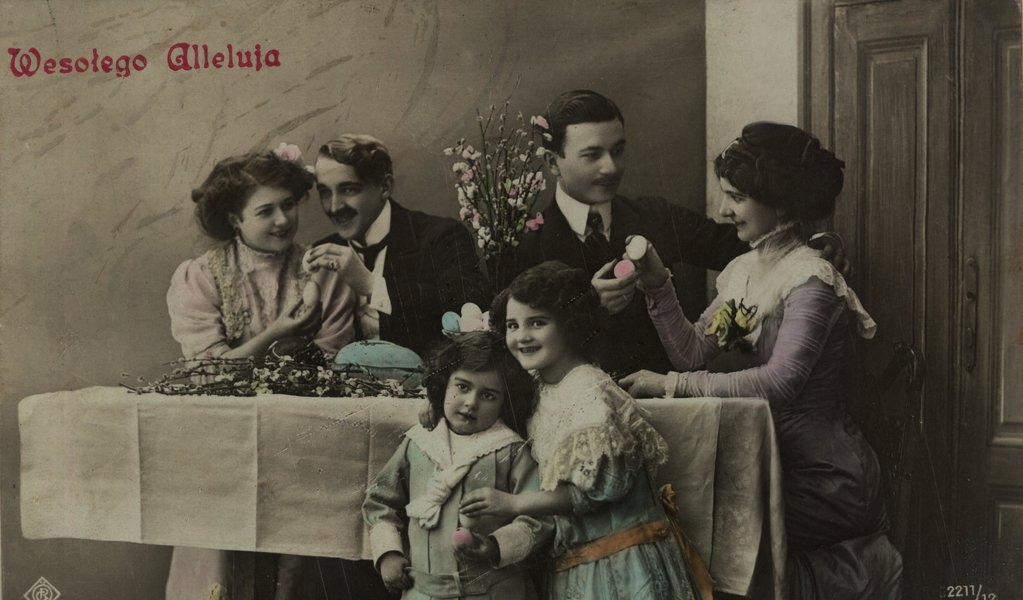 The oldest and still surviving tradition is the visiting of tombs. Symbolic tombs of the Christ have been put up in Polish churches since the 16th century. This tradition was brought to Poland from the Holy Land and was popularised by the Order of the Holy Sepulchre. In the 17th century, churches, especially in Warsaw, competed with one another in inventing original compositions, sometimes with reliquaries that the faithful worshipped. Near tombs, married women and maidens from noble houses raised money for the church and confraternities celebrated holy masses. Tombs were visited in great numbers and in large cities, visiting hours started at 1 pm and lasted until midnight. During the day, the visitors were eminent townspeople and noblemen residing in cities, whereas in the evening - common people and servants. The tradition was also cultivated, with varying enthusiasm, by Polish monarchs and their families. In his Memoirs, Albrycht Stanisław Radziwiłł noted that on 6 April 1635, King Władysław IV Vasa, who was staying in Warsaw at the time, visited five tombs, even though he had problems with his legs (he suffered from gout). On the next day, the King's daughter Anna Katarzyna Konstancja, travelling in a calash, visited all the tombs in Warsaw churches, intentionally omitting only the Capuchin church. On the other hand, Jędrzej Kitowicz complained in his Opis obyczajów (Description of Customs) that August III almost never visited the Warsaw tombs and only attended services at the Order of Saint Augustine.

Another custom associated with tombs was the holding of the guard of honour at tombs, popular already in the 17th century. They were often dressed in very colourful, picturesque and exotic looking uniforms. This type of guards were called Turks or Easter Turks, and the beginnings of this weird formation are sometimes dated back to Jan III's victory at Vienna. Easter Turk guards can still be found in South-East Małopolska, near Krosno, Rzeszów, Przemyśl or Stalowa Wola. Guardians not only guarded the tomb but also participated in resurrection processions. In old Poland, processions were celebrated on the evening of the Holy Saturday in towns and early in the morning on Easter Sunday in villages. The tradition to celebrate resurrection on Easter Sunday at dusk dates back only to the 20th century. In the capital, resurrection processions were also attended by monarchs with all their court. Then, the baldachin was carried by senators or court officials. All the processions shared the tradition of loud gunshots. In the king's presence, they were fired by the royal artillery. At magnate courts, cannons or mortars were fired. In poor rural parishes, the guard consisted of servants or even farm workers armed with guns. These men, unaccustomed to weapons, often fired their guns without any order or command, scaring the surprised faithful. This gave rise to the saying that ridicules riflemen, quoted by Kitowicz: they shoot as if it was resurrection.

Resurrection was followed by a festive Easter breakfast, but first, in some regions of Poland, it was customary for carts and wagons to race home as fast as possible. It was commonly believed that on such holy day, it was unbecoming to eat anything else than food blessed by a priest. It was also thought that after prolonged fasting, excessive feasting could prove bad for the health. Thus, prayer, priest's blessing and holy water were supposed to protect feasters at least partly from the dangerous effects of many hours of eating. Accordingly, dishes for sumptuous feasts were prepared a few days in advance and put on the table on Holy Saturday, so that everything was ready for after the resurrection. Depending on the financial situation of a family, the number and variety of dishes prepared for blessing varied significantly. The tables of the nobility and magnates were abundant in cold meats, poultry and baked meats, including game. There were also numerous cakes, mainly Easter babkas (sponge cakes) and lamb cakes. Of course, there were Easter eggs, too. All this could not be possibly carried to the church for blessing. Thus, it was customary for priests to visit the houses of richer parishioners and bless all the food on the table. In magnate houses, it was done by the court chaplain. This gave rise to the name: "blessed food." Only the poor took their modest baskets with food to church or selected house in a village. The tradition changed only in the 20th century, when the rich and the poor alike started carrying their Easter baskets to church.

Easter breakfast started with egg sharing. The same as was the case with the Christmas wafer, eggs had to be shared with everyone. Accordingly, even the mightiest lords did not exclude their servants from egg sharing. In Southern regions of Poland, it was obligatory to eat a stick of raw horseradish, which was supposed to protect from stomach ache, toothache, cough and catarrh for the whole year and was an additional sacrifice before the feast that was waiting for everyone.

In old Poland, Easter was a family holiday and it was celebrated by feasting for long hours. Visits, so popular among the nobility, were postponed until the next day.