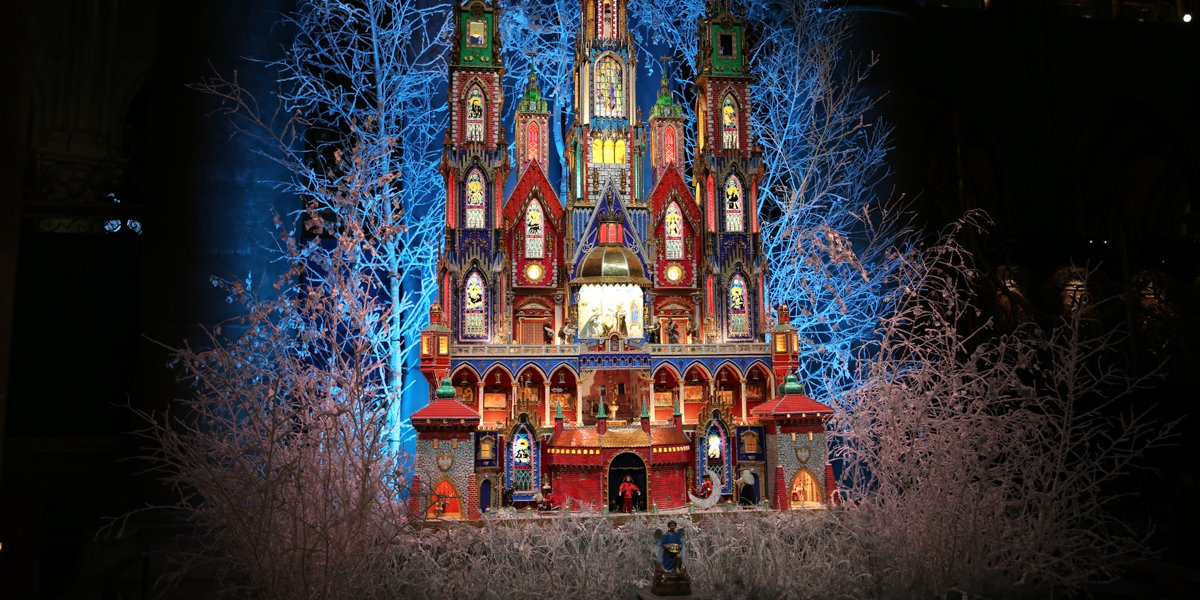 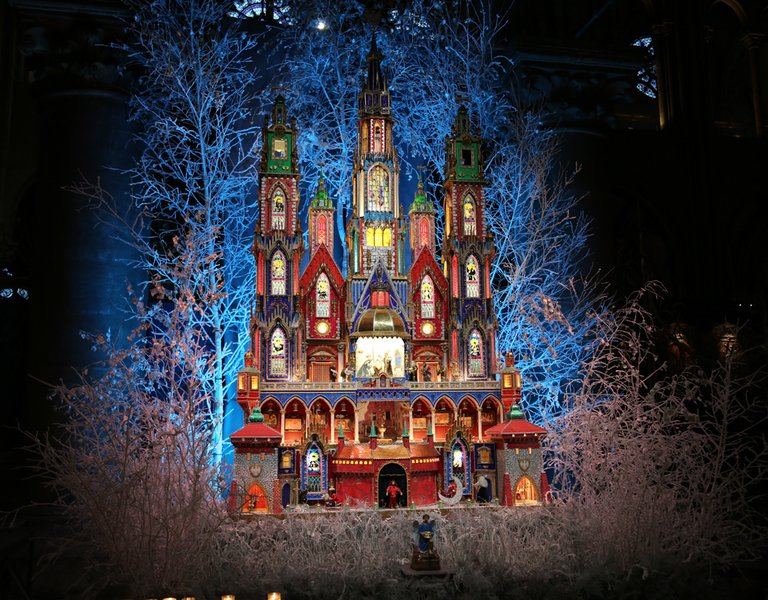 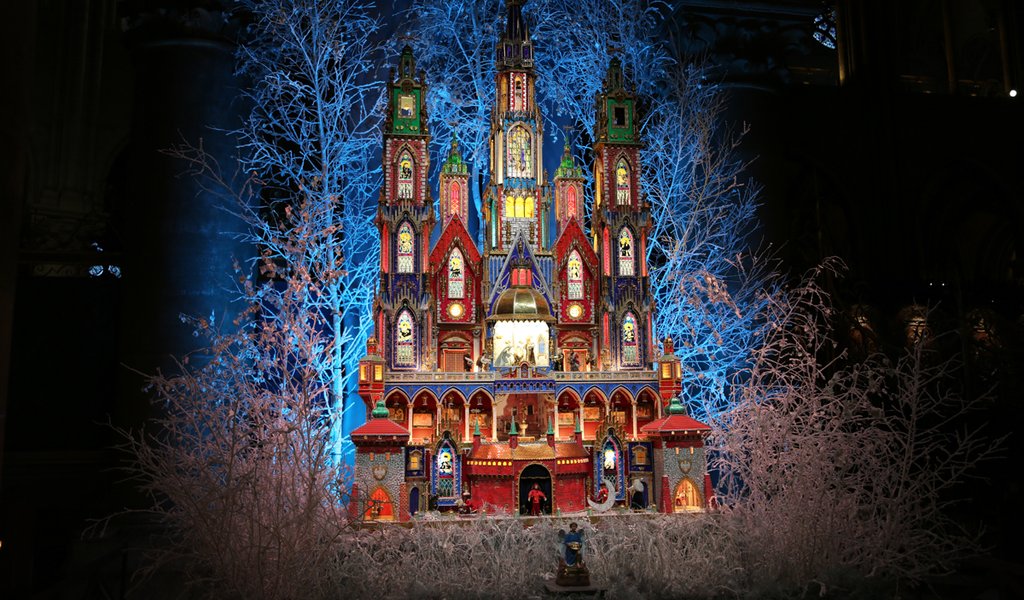 Krakow crèche on display in Paris

As with other nativity crèches from Krakow, our crèche is different from other models around the world – it is not a stable, but a shining palace incorporating the architecture and legends of Krakow, Polska.pl was told by Marek Markowski, the creator of the crèche that has been on display at the Notre Dame Cathedral in Paris since the beginning of Advent.

Karolina Kowalska, Polska.pl: Together with your close family members you designed the nativity crèche that now stands in Notre Dame Cathedral in Paris. How did it get there? 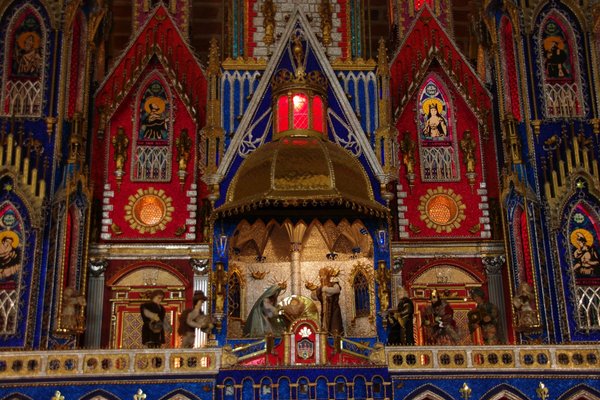 Marek Markowski: Every year, Notre Dame Cathedral puts a nativity crèche on display from somewhere around the world. So far, they have presented crèches from the Czech Republic, Italy and several French ones. This year, they decided to have one from Poland.  The cathedral asked the Polish Embassy in Paris to help pick the best Polish crèche and the Cultural Attaché chose our one – which for the last few years has been on display in the Basilica of St Francis in Krakow. The crèche we built is 5 meters high (making it the highest crèche during the Krakow crèche competition). It was placed in Notre Dame on 29 November, at the beginning of Advent, and will remain there until the end of Carnival, on 2 February.

How did you transport the crèche to Paris?

It’s structure took up all the space in the car and transporting it to Paris, which was under the state of emergency, was difficult. We were lucky to have a letter of recommendation from the embassy. To make things worse, the French are not familiar with the crèche in this form and they found the deconstructed version suspicious. At the cathedral, we put up the crèche ourselves, but the cathedral employees took care of the decorations and lighting. We are going over pretty soon to have a look at how it turned out – we heard that it looks impressive.

How is your crèche different to others? 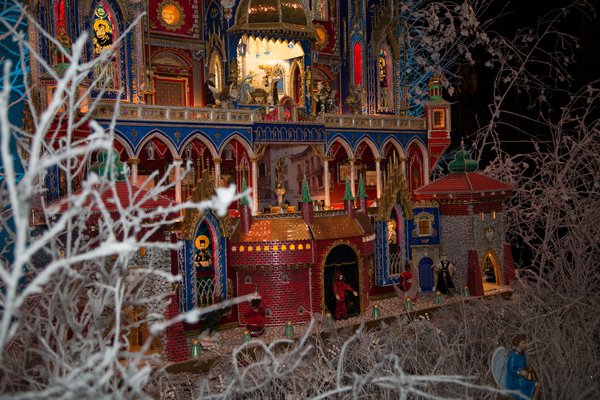 As with other nativity crèches from Krakow, our crèche is different from other models around the world – it is not a stable, but a shining palace. Like every Krakow crèche, it is built with towers, which are based on Krakow buildings. In our case these were: the tower of St. Mary’s Basilica, the higher tower of Wawel Cathedral as well as the dome of Sigismund’s Chapel, which we placed next to the Nativity scene.  The crèche is so big because we wanted it to incorporate something of an iconographic display. It includes elements from all 21 churches found in the centre of Krakow in the vicinity of Planty Park. This included lanterns from the Church of St. Casimir, the main portal from the Jesuit Church on Grodzka Street and the entrance gate from the St. Mary’s Basilica. The crèche is not an architectural archetype, but rather a display of what one loves most about Krakow. Krakow is a city of saints – out of the thirty-something Polish saints that Poland has been blessed with over 1,000 years of Christianity, as many as nine of them are buried here. That is why we have dedicated stained glass windows to each one of them. The tenth one is dedicated to the memory of Pope John Paul II, whose tombstone can be found at the Divine Mercy Sanctuary in Krakow. The crèche also draws on Krakow legends – we depict the Lajkonik, Queen Wanda, the sentry that sounded the alarm [ed. the “hejnał”] and Mr Twardowski. There are also elements of non-religious buildings – Krakow Cloth Hall, the Barbican, as well as St. Florian’s Gate and the Marian Square, with Krakow’s distinctive fountain.

How long did it take you to build the crèche? 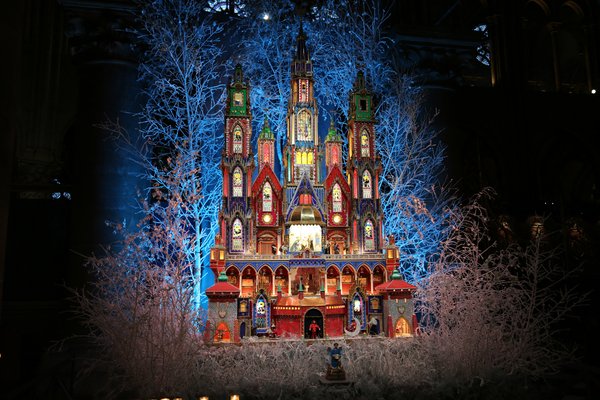 It took three years, a total of around 10,000 hours from 2007 to 2010, when it was presented at the Krakow Crèche Competition.  Officially four people worked on it. I designed it and took care of the wider coordination of the project, my wife Renata focused on the construction and adornment of the figurines; my father, Edward, who was a great help with ornamentation, did all the decorating and my teenage son Marek Jr. worked on the figurines. Everything was made traditionally with tin foil, which can be shaped by hand and folded into rolls to make various forms.

But none of you are professional sculptors?

No, crèches are traditionally the work of amateurs. In earlier days, professional sculptors were not allowed to take part in the competition. The tradition of building nativity crèches started in the Middle Ages, but the Krakow crèche as we know it today, dates back to the 19th century. The oldest crèches, even though they were made from not very durable material, are over 100 years old. Since 1937 a creche competition takes place every year, which has raised standards very high, even though the crèche creators are amateurs. 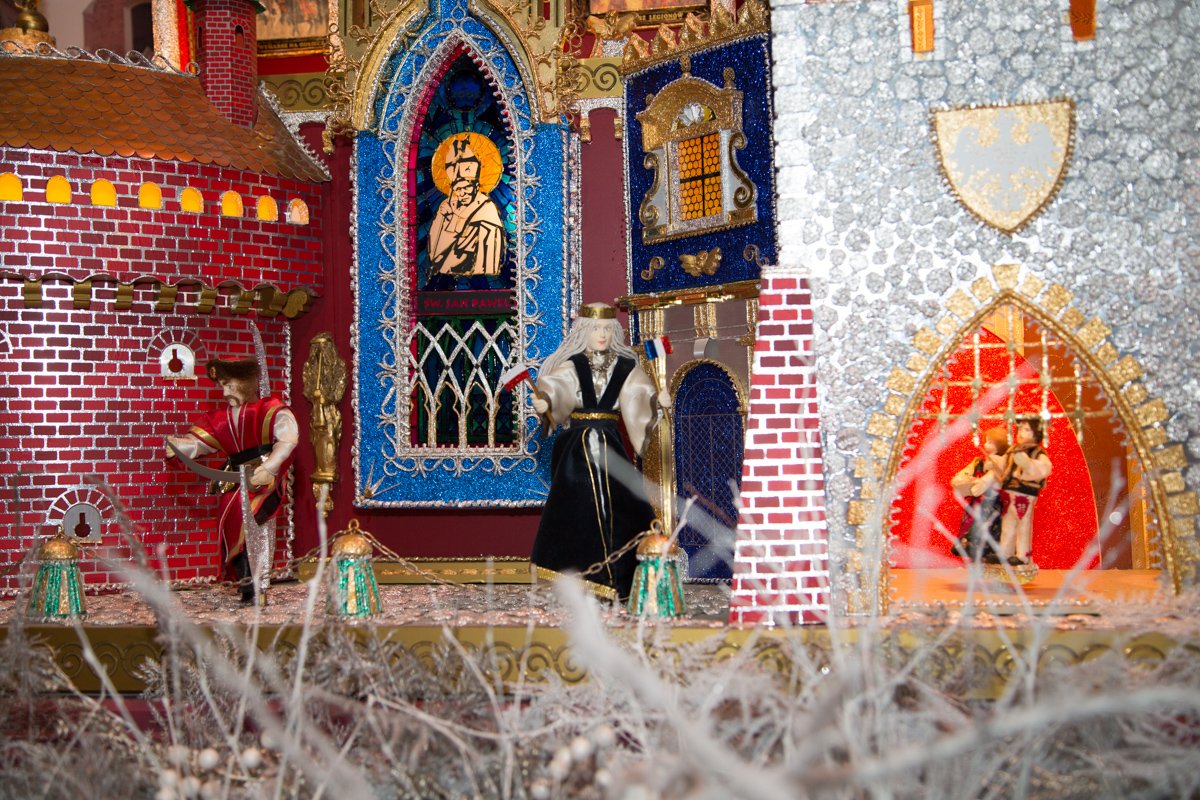 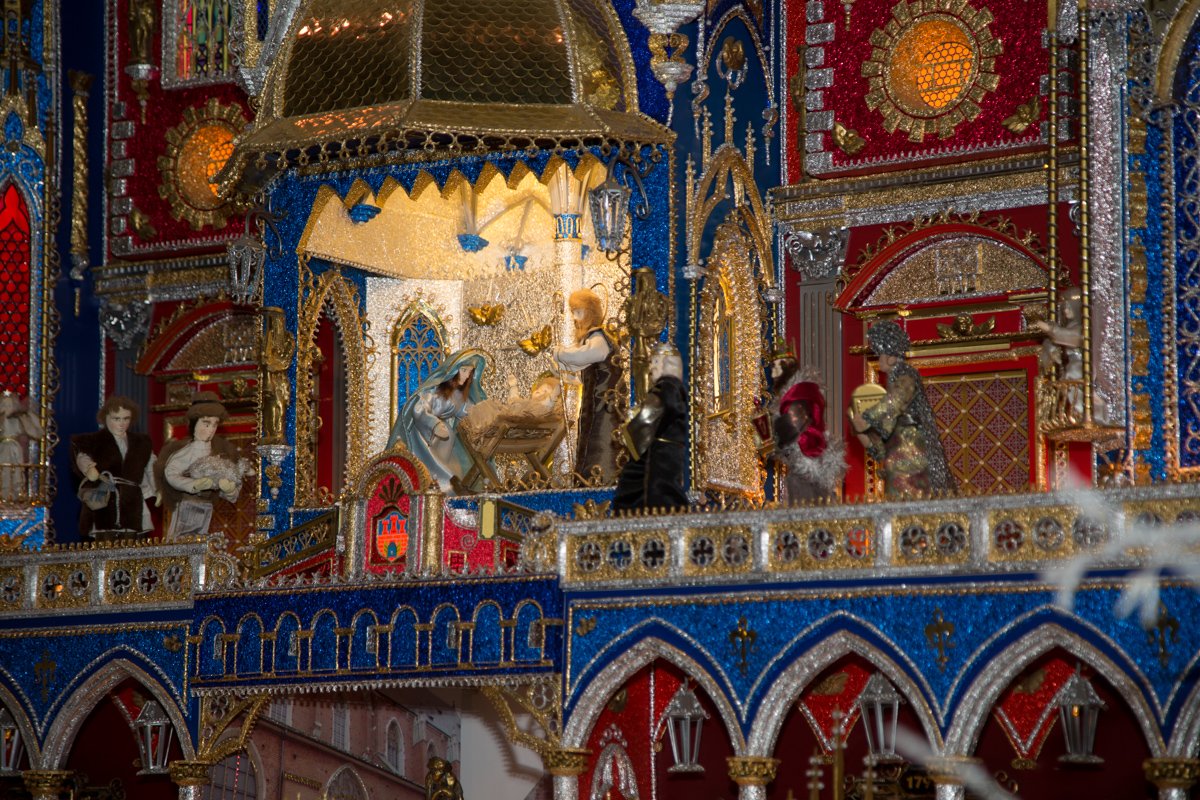 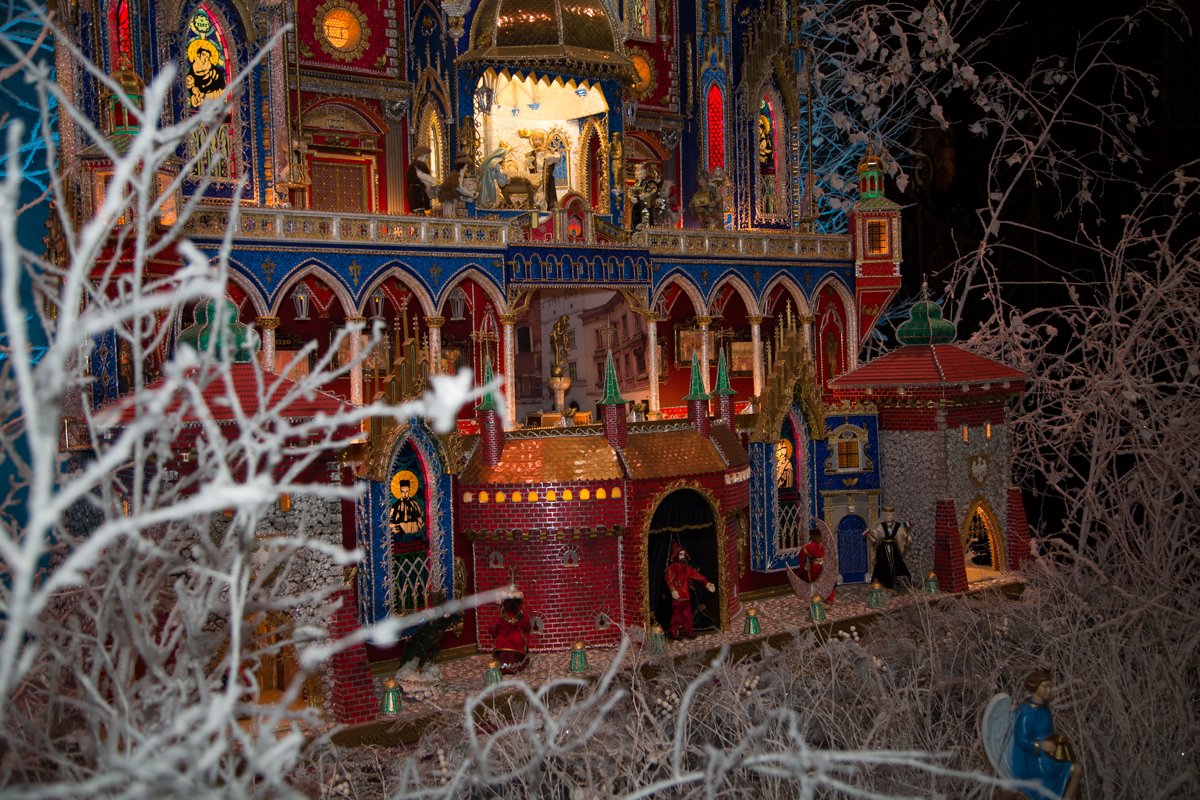 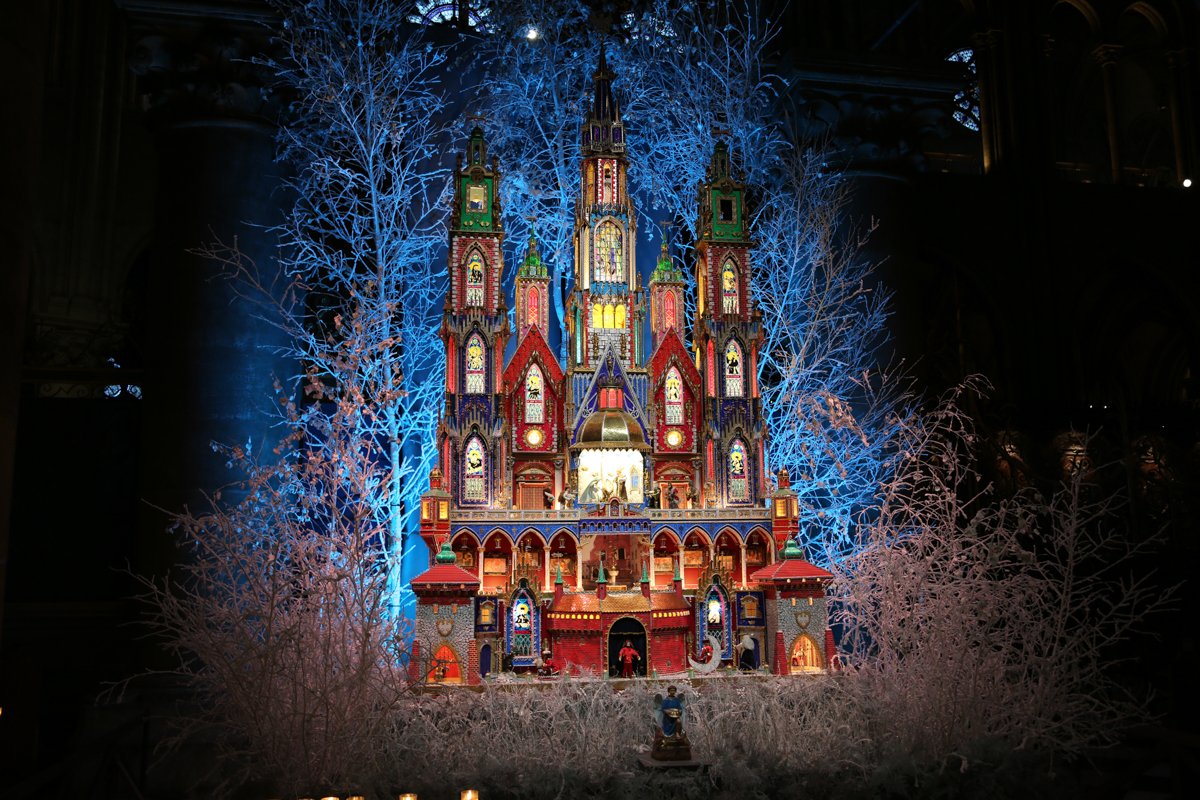