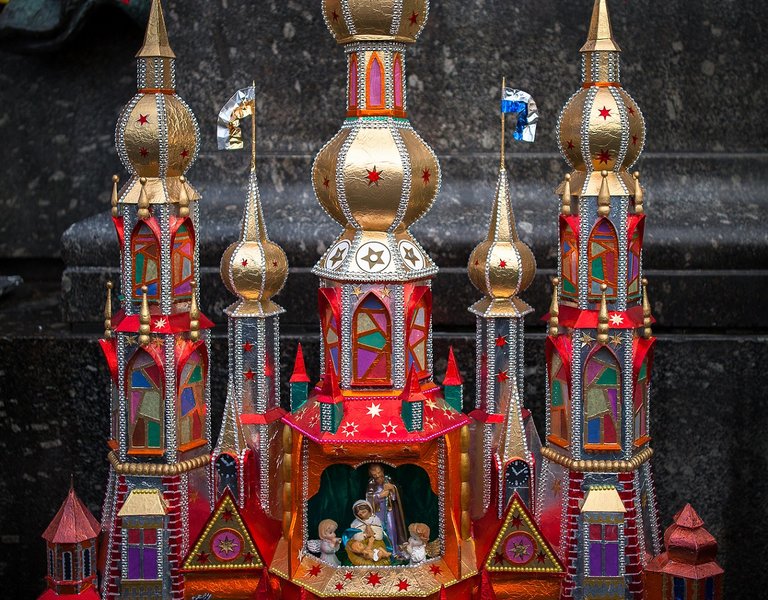 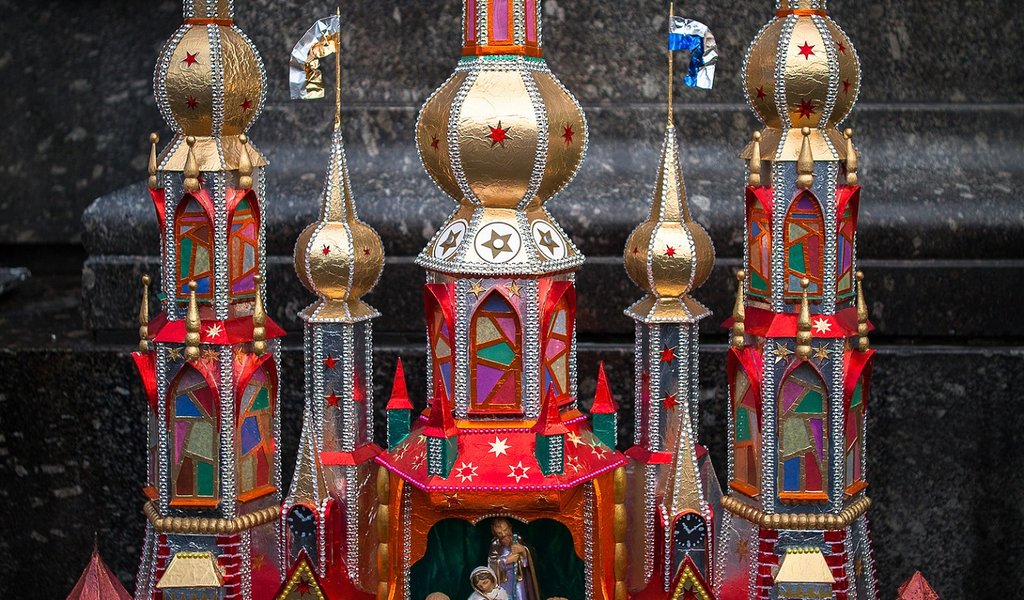 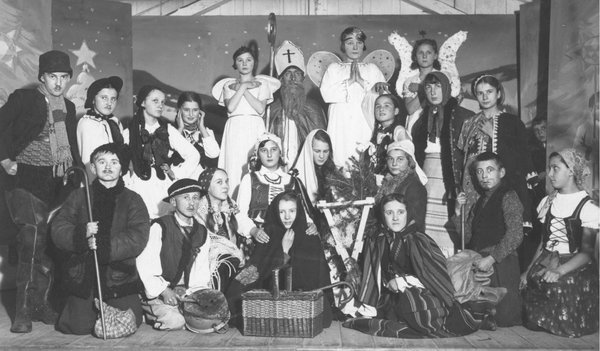 Nativity scenes are performances telling the story of Christmas dating back to the Middle Ages. Today in Poland they are usually performed by children, and they are also staged by theatre groups or during the Procession of the Three Kings on 6 January. 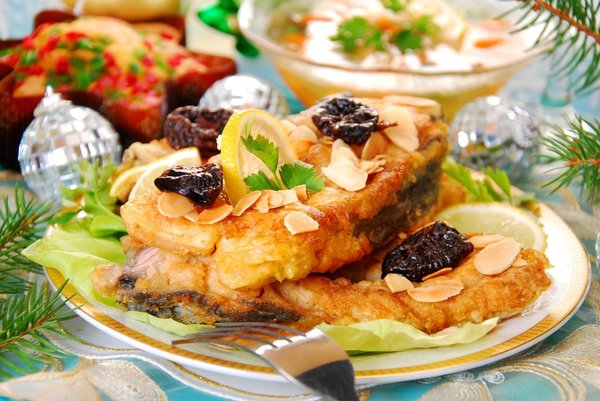 Carp is one of the most important dishes on Christmas Eve. It is one of the symbols of Christmas and it is served fried or cold in jelly. Poles put carp skulls into their wallets, hoping that they will bring them luck with money. That's probably why the Christmas bonus at work is called “carp cash.” 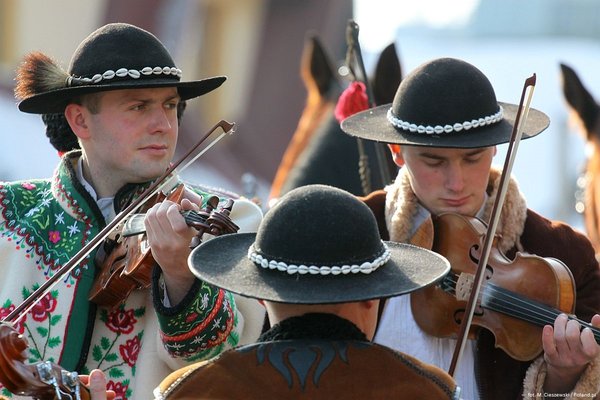 The tradition of singing Christmas carols is very strong in Poland. There are also popular songs about the shepherds who were the first to welcome the new-born Jesus. In Poland during the Christmas period carols can be heard everywhere – on the radio, television, in schools, at special concerts, and even at home. Many families still sing carols together at Christmas. Sometimes you can also meet carol singers, who dress up and go from house to house and sing in exchange for small gifts or money. 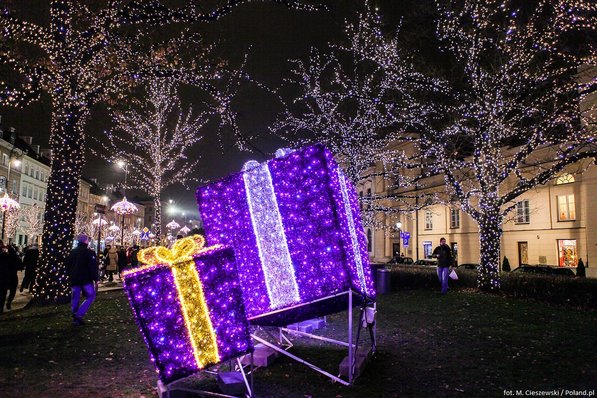 On 6 December, at night, St. Nicholas leaves small gifts for children (and sometimes adults as well), who find them under a pillow or in a shoe, which should be cleaned the day before for St. Nicolas to leave a gift. His visit on 6 December gives Poles a small foretaste of Christmas. 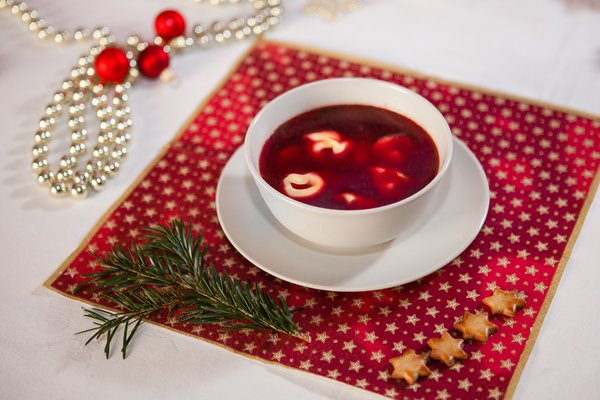 Polish cuisine is famous for its soups, which is why they have to be on the Christmas table. The most popular is borscht – sour soup made of beetroot. It is served with small dumplings filled with cabbage and mushrooms. In other regions of Poland, you can also find mushroom soup, fish soup or fruit soup based on Christmas compote. Almond soup used to be popular. All Christmas Eve soups are linked by the fact that they are based on vegetable broth without meat*. 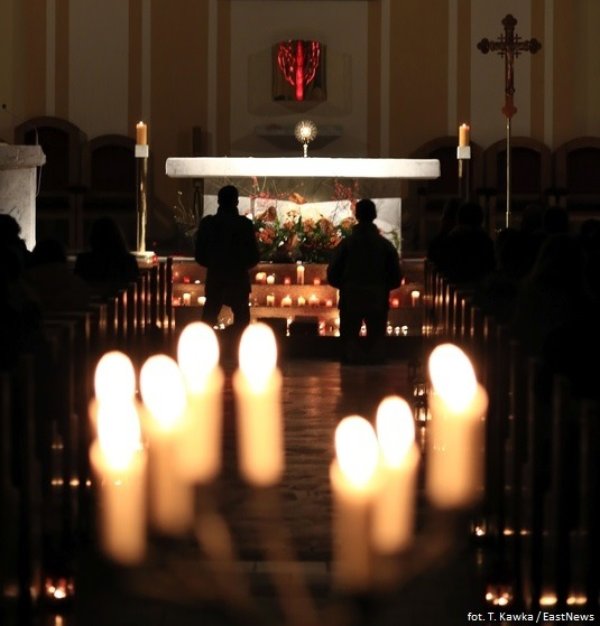 Throughout Advent, a mass is celebrated before sunrise whose name in Polish, roraty, comes from the Latin liturgical song, which begins with the words rorate cæli desuper (Drop down ye heavens from above). The tradition still exists in Poland today and worshipers bring lanterns to mass. On December mornings it is worth going to see dozens of lights in the darkened church. 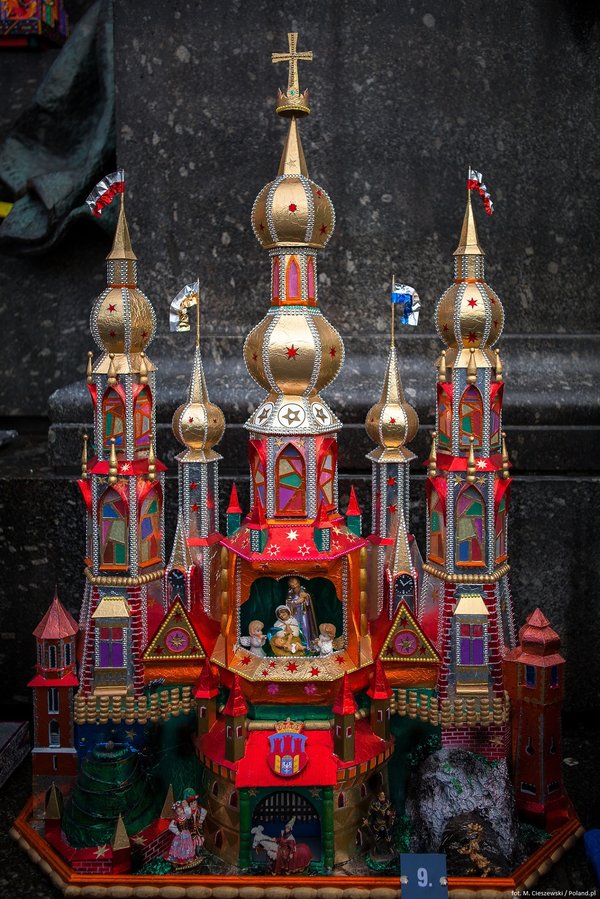 These are richly decorated models of cribs that take inspiration from the architecture of Krakow and its surroundings. Originally, they were created as scenes for puppet shows. In 1937, the first competition of Krakow cribs was organised, which still takes place today. The tradition of making Krakow cribs has been entered on the UNESCO list of intangible heritage. 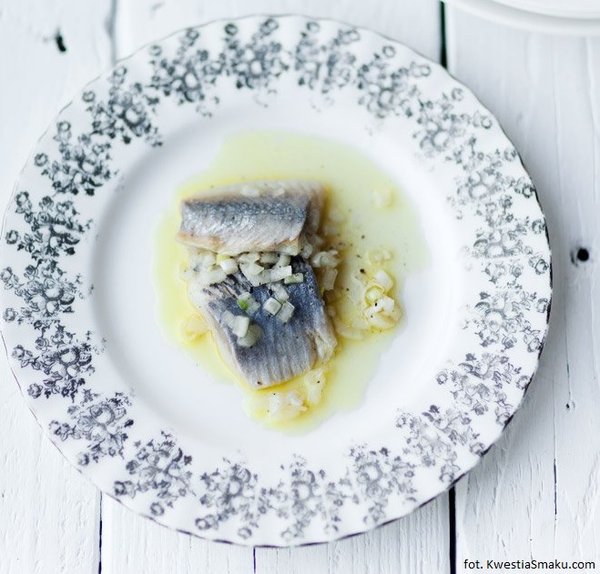 Fish dishes form the basis of the Christmas menu in Poland. Herring is prepared in hundreds of ways: in vinegar or oil, with cream, sweet or spicy. Only one thing is certain: it must be present on the Christmas table. 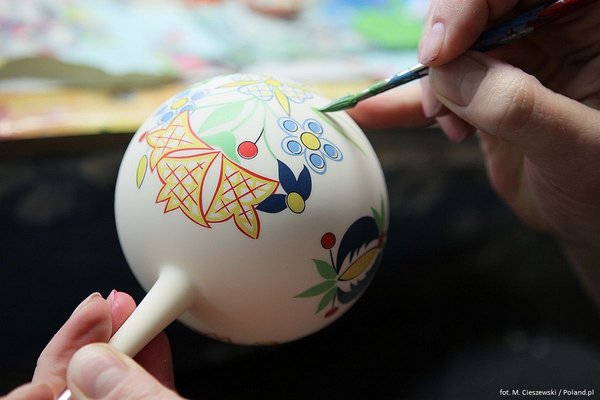 Polish Christmas tree baubles are known all over the world. Handmade and hand-painted, they are popular in the USA and France. Polish baubles can be found in the homes of stars such as Oprah Winfrey and Elton John, and they decorate Christmas trees in the Sejm, the Presidential Palace and Polish embassies. They also decorated the trees of John Paul II and Barack Obama. 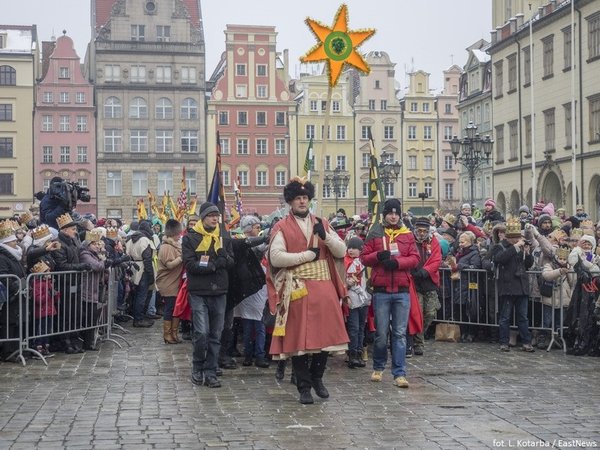 Do you think that Santa Claus leaves gifts under the Christmas tree? The people of Western Poland have a different opinion. In Wielkopolska, gifts are handed out on 24 December by the Star. In other parts of Poland, it is done by an angel, Grandfather Frost or the Baby Jesus. 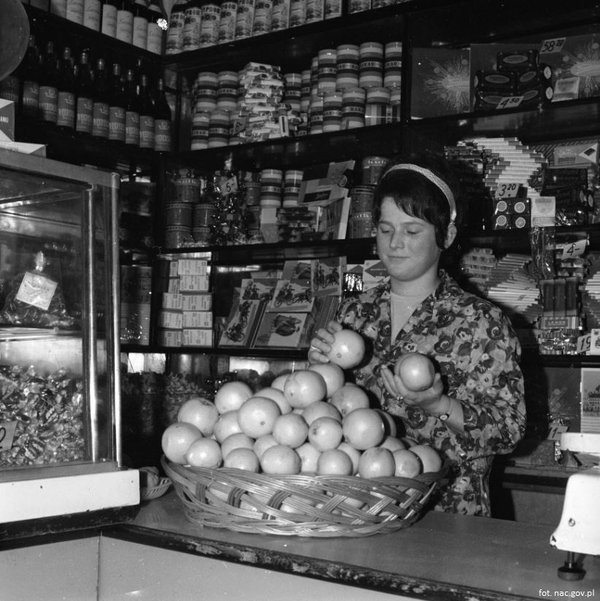 Why do Poles associate oranges with Christmas? Not only because they are great when added to winter tea. During the People's Republic of Poland, access to imported goods was limited, and citrus fruits appeared in shops only during the holiday season. Although today you can buy them every day, the smell of oranges at Christmas remains in the memories of many Poles. 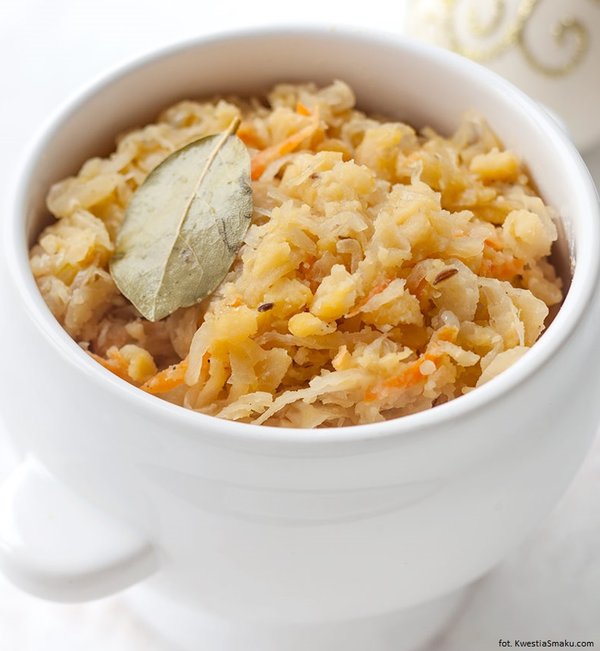 Cabbage has been one of the most popular Polish vegetables for centuries. Cooked together with peas, mushrooms or dried plums, it is an obligatory Christmas dish. It tastes best when reheated two or three days after cooking. 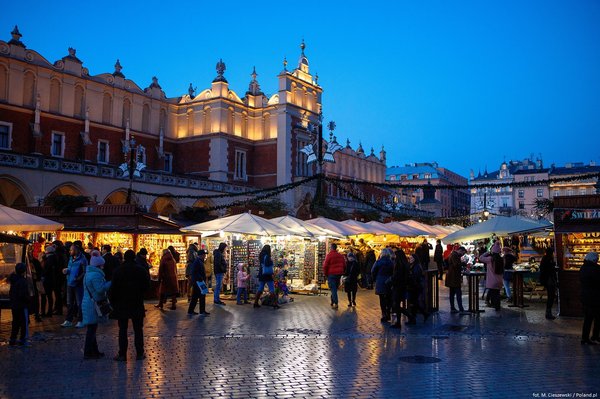 ‘Śledzik’ is the diminutive for the Polish word for herring – śledź. It is also the word for a pre-Christmas meet-up at work or with friends, where traditional Christmas Eve dishes are served. In companies and institutions, the food is normally provided by caterers, while with friends everyone prepares one dish. 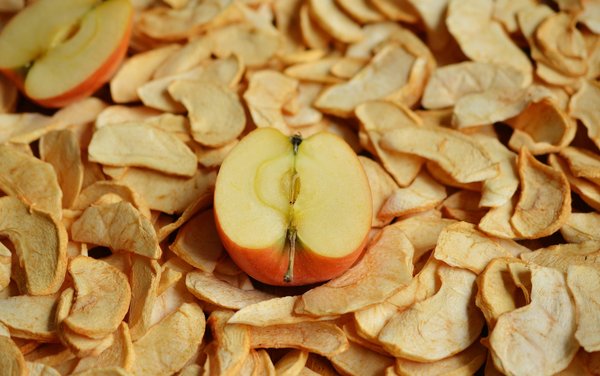 A traditional Polish non-alcoholic beverage based on dried fruit. Today it is served mainly at Christmas Eve dinner. It is prepared from dried apples, pears, plums, apricots, figs and raisins with spices. It quenches thirst really well. 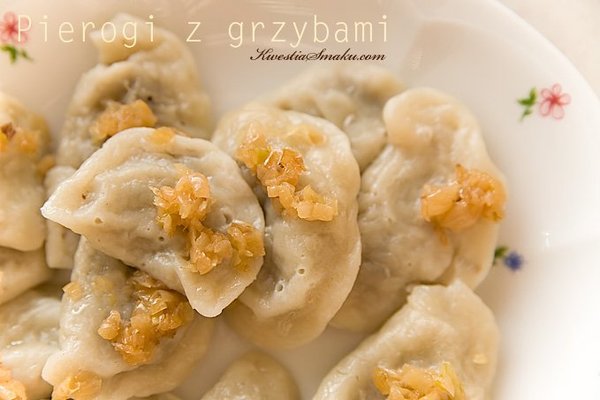 For sure you have heard of dumplings – the most famous Polish dish. They are a fixture on the Christmas table, of course without meat or fried pork fat. Most Poles eat dumplings with cabbage and mushrooms, and sometimes Ruthenian dumplings with potatoes and cottage cheese with lots of pepper, or with lentils. 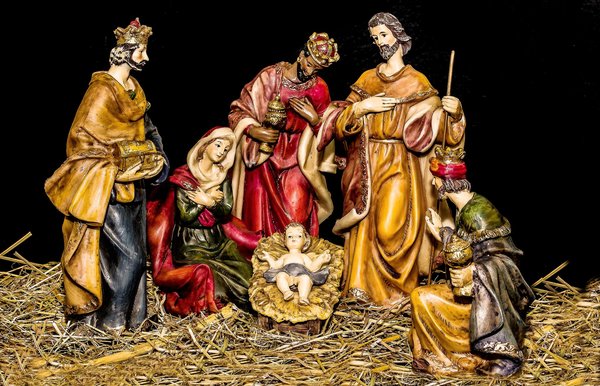 Hay is the only element of the Christmas table that you won't see with the naked eye, because it's traditionally hidden under the tablecloth. Today, it is mainly associated with the manger where Jesus was born, but the tradition is said to date back to pagan times, when hay was used for divination on New Year's Eve. 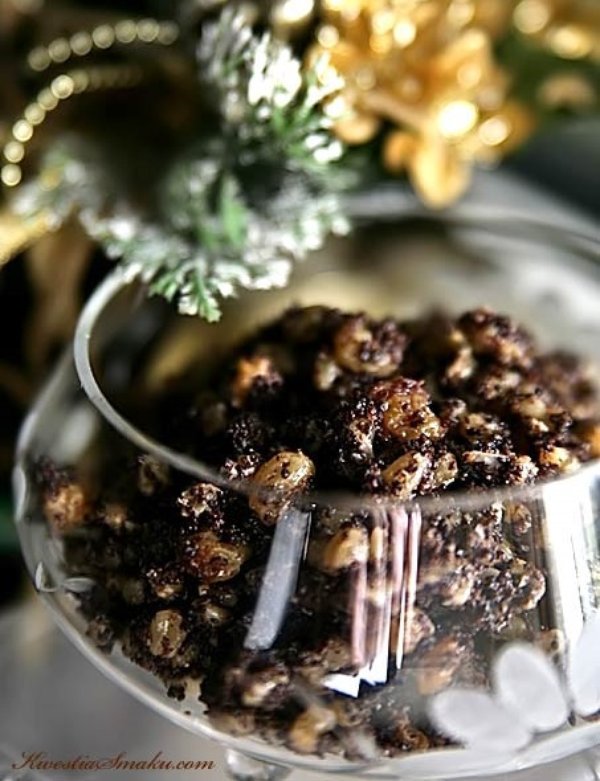 Poppyseeds traditionally symbolise abundance and fertility. It was also considered an unusual ingredient due to its hallucinogenic properties. In Polish tradition, there must be at least one dish with poppy seeds on the Christmas table. The choice is wide as each region has its own dish based on poppyseeds. 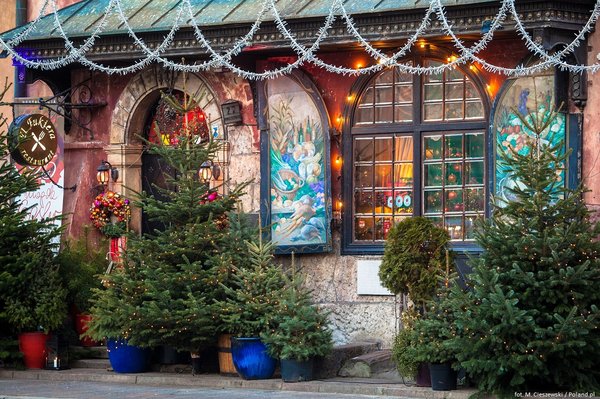 The Christmas tree is not a Polish custom, but many decades ago it replaced for good the native tradition of placing a sheaf of straw in the room during the holiday season. It is worth knowing, however, that Poles have different opinions about what decoration should be placed on the top of the Christmas tree. You can see stars, angels or a decorative cap made of glass or metal that lengthens the top of the tree. 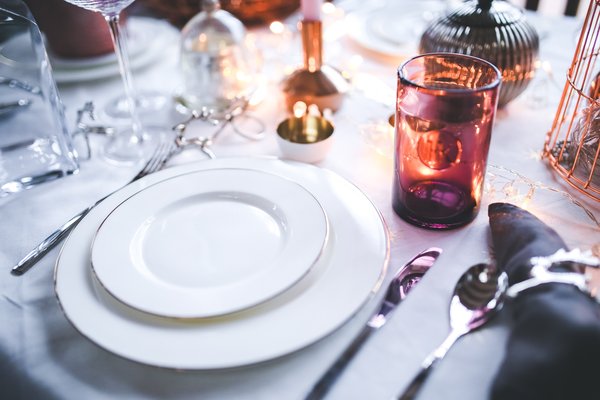 In every Polish house there is a place at the Christmas table for an unexpected guest. This expresses the conviction that no one should be alone on that evening. It is also a symbol of remembrance for family members who have passed away, a spiritual communion with loved ones who cannot be with their families on Christmas Day and with people who spend Christmas alone. Nowadays, unannounced visitors rarely knock on the door, but some Poles invite older, lonely people or friends from Poland or abroad who are far from their families to visit on Christmas Eve. In this way, this beautiful tradition is continued in a small part. 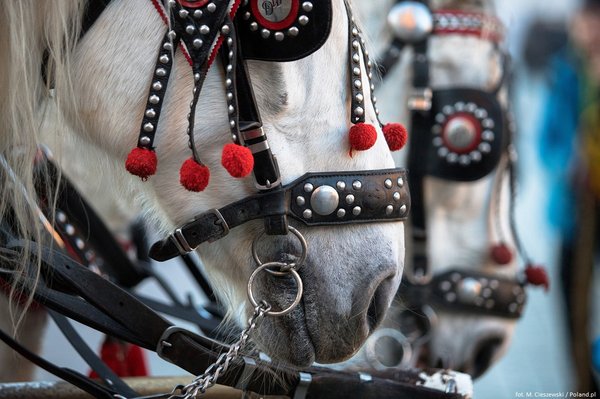 According to folklore, animals speak with a human voice on Christmas Eve at midnight. But don't try to listen to them because you can only hear them when the last hour strikes. In the past, in order to honour this extraordinary skill, farmers would carry the remains of Christmas Eve supper to their animals. 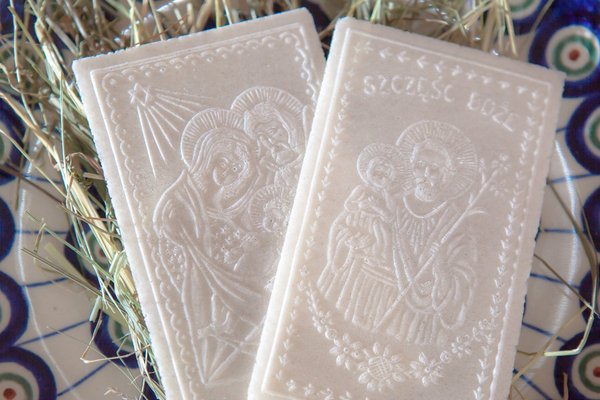 Before the beginning of Christmas Eve dinner, Poles traditionally share a wafer and make Christmas wishes. It is a symbol of reconciliation and forgiveness. The wafer is a thin unleavened bread flake baked from white flour. Colourful wafers are also produced, which are fed by farmers to cattle and pets. 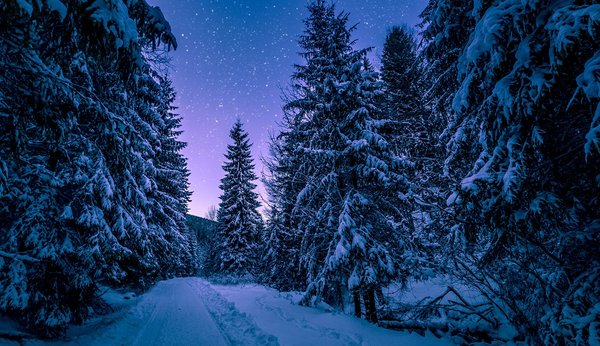 On evening of 24 December, when the first star appears on the sky, Poles sit down to a supper called "wigilia". They share wafer, exchange wishes and then eat christmas dishes. After the supper the presents are opened and at midnight many people go to church to attend a special mass called "Pasterka" - from the Polish word for shepherd.