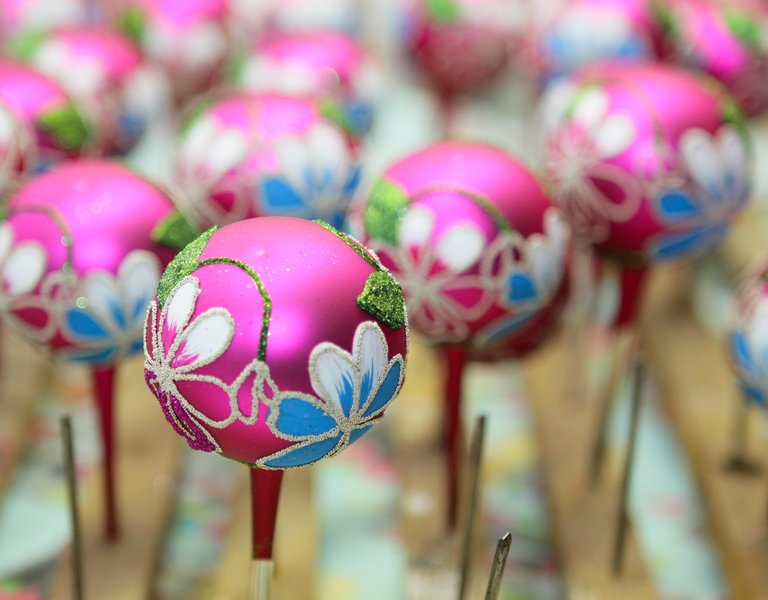 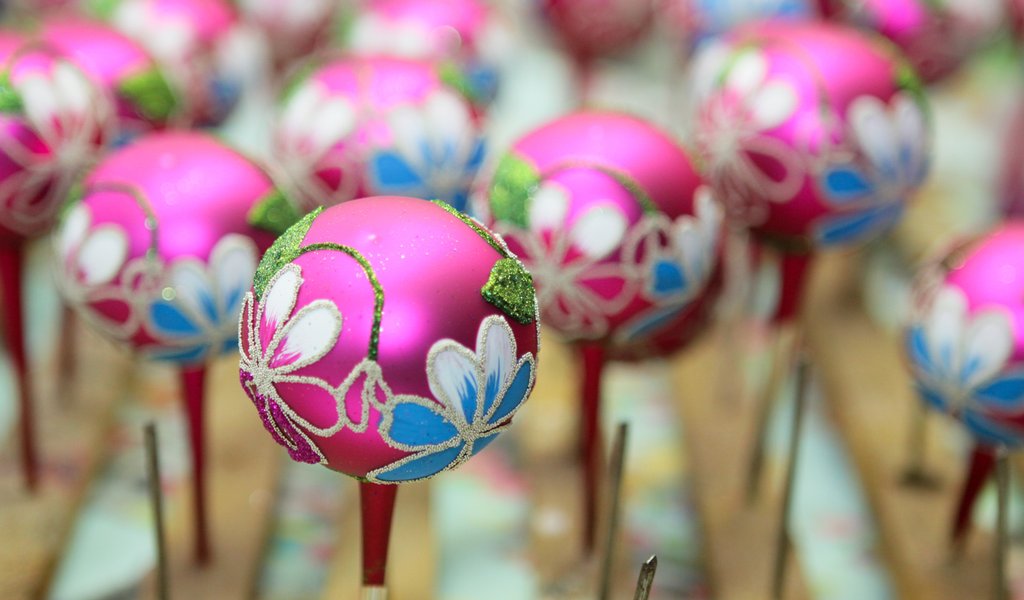 Polish baubles have a soul

Poland is one of the most valued Christmas bauble manufacturers in the world. Hand-made baubles are little masterpieces.

Glass baubles were invented in 1847 by Hans Greiner, a worker of the glassworks in Lauscha, Germany. He could not afford to buy glazed fruit and painted nuts, which rich burghers used to decorate their Christmas trees, so he blew glass ornaments using materials available to him at work. He probably did not expect his invention to save the glassworks from bankruptcy and amaze the entire world soon after. 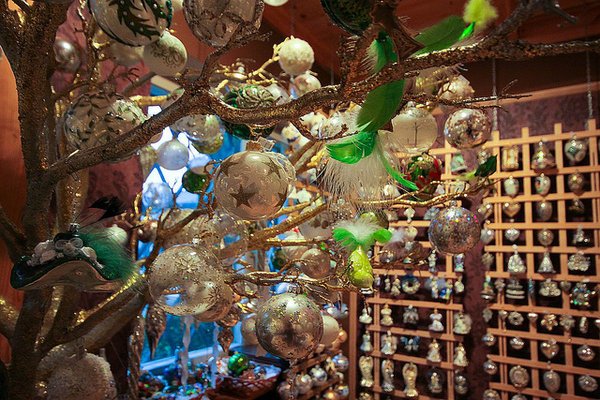 German baubles, together with the fashion of Christmas tree decoration, reached Poland, which later became the world’s top producer of glass ornaments. Baubles “Made in Poland” are very popular. The quality of their manufacturing and fine design are appreciated all over the world.

– The process of manufacturing a glass bauble is very complex – says Małgorzata Ciszewska, a bauble designer and the owner of the store Bombkarnia in Warsaw. It becomes even more difficult in the case of non-spherical baubles (e.g. in the shape of animals or objects), which require special casting moulds.

– We start by designing a bauble on paper. On that basis, a sculptor creates a model out of modelling clay. Then, a plaster cast and an aluminium mould are made. The mould is comprised of two halves, which later give the baubles their specific “seam” where the halves meet – says Małgorzata Ciszewska.

During the next step, a pipe made of sodium glass is heated up over a burner at about 700 degrees and, when the glass becomes flexible, a bauble is blown. – This is an amazing and somewhat magical show. I tried blowing myself and I assure you it is not easy – says Ciszewska. 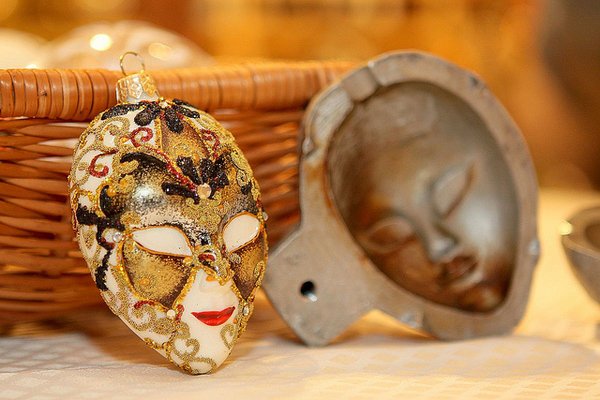 In the case of other shapes, the hot end of the pipe is put into a prepared mould, and a bauble is blown. It must be done in one blow, because glass sets very fast.

Then, the inside of the bauble is plated with silver nitrate. – Without this coating, baubles would be transparent even after varnishing. Unless this is what we want – Ciszewska explains. The last stage is decoration by hand. Patterns are painted using, for example, special brushes with natural bristles. Baubles are decorated with flowers, snowflakes, cartoon characters, Santas, winter landscapes with snow-covered cottages, or reindeer pulling present‑filled sleighs.

What else is used to decorate baubles aside from paint? – We also use, to list a few, gems and semi-precious stones such as agates and amethysts, Swarovski crystals, beads, various textiles, laces, and colourful feathers, both on the outside and on the inside of the bauble – says Janusz Prus, President of Vitbis in Złotoryja, the biggest bauble manufacturer in Poland (producing about 100 000 ornaments a day). – Our amber collection has been trendy for a decade now. 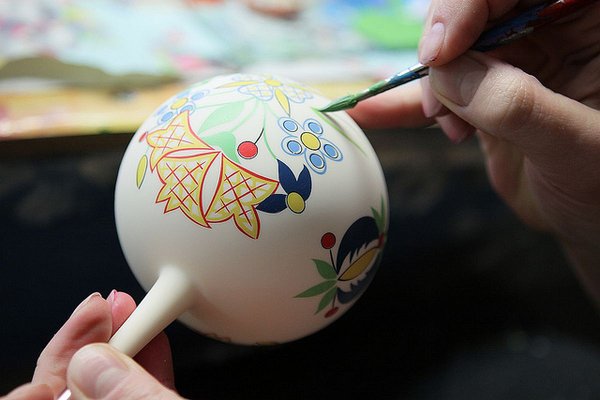 We continue to develop and add to the never-ending patters, designs, and collections every year. – I wanted to enrich baubles with some Polish themes, so I created our ethnographic collection. Our figurines of people wearing traditional folk clothes from Łowicz, Kraków, Kurpie, or Sieradz are very popular. Another top-selling series of baubles are ones decorated with Łowicz-style paper cutters – says Małgorzata Ciszewska. This year, Polish queens have been added to another collection decorated with old Polish items. – We were inspired by the jewellery of some of the Polish queens, so I really cared about the proper representation of the jewellery using faux pearls, dyed crystals, and different colours of brocade. This collection also depicts knights, Sarmatians wearing kontushes, and noblewomen in richly ornamented dresses – she adds.

Most Polish baubles are exported. – In the past, we exported 90–95% of what we manufactured. Today, we export around 60%. – says Janusz Prus. According to Mr Prus, the biggest recipient of baubles is Western European countries: Germany, the countries of the Benelux region, Italy, and Great Britain, which sells the most luxurious ornaments in stores such as Harrods. Every year our company’s position on the American market becomes stronger and stronger. This year, we have entered the Japanese market.

Polish baubles are also a popular gift for diplomats. – We have made baubles for the likes of Barack Obama, Nicolas Sarkozy, and the Patriarch of Moscow and all Rus Cyril I – says Małgorzata Ciszewska. – At the end of the Polish presidency of the Council of the European Union in 2011, the Christmas tree at the European Parliament in Brussels was decorated with our baubles. 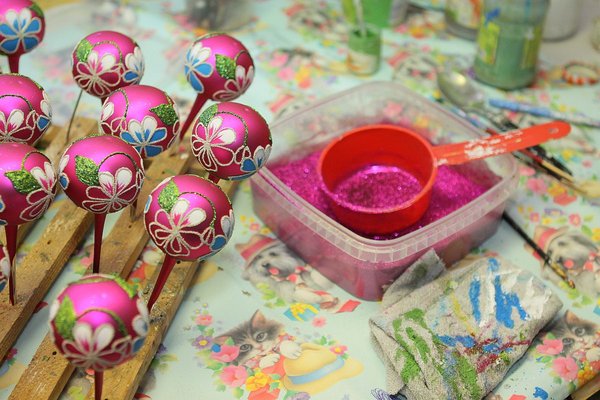 A company called Silverado, from Józefów near Warsaw, made a special bauble for the former Vice President of the United States, Dick Cheney, in the shape of his house.

Contrary to appearances, the production of baubles is not a seasonal task. In order to make sure that all orders are filled, bauble manufacturers start designing new collections at the start of a year, and the manufacturing process is at full speed no later than in the summer. Soon after, the first baubles are sent abroad.