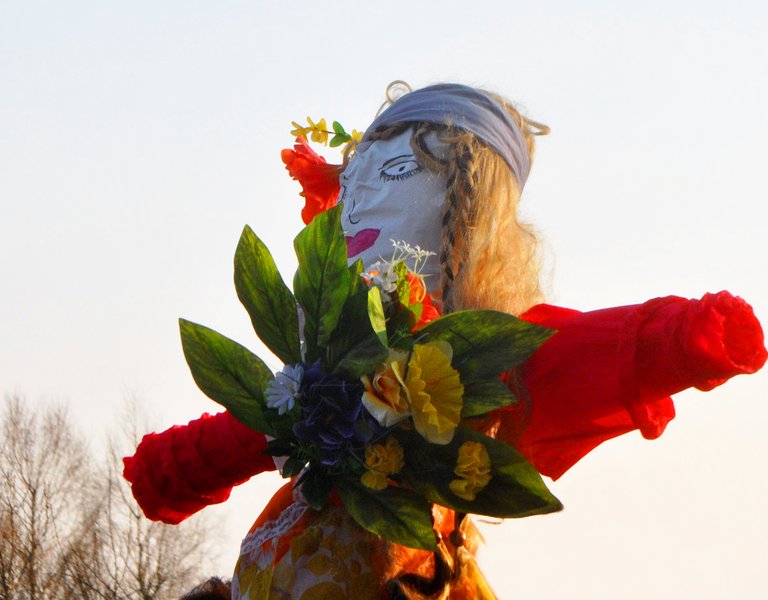 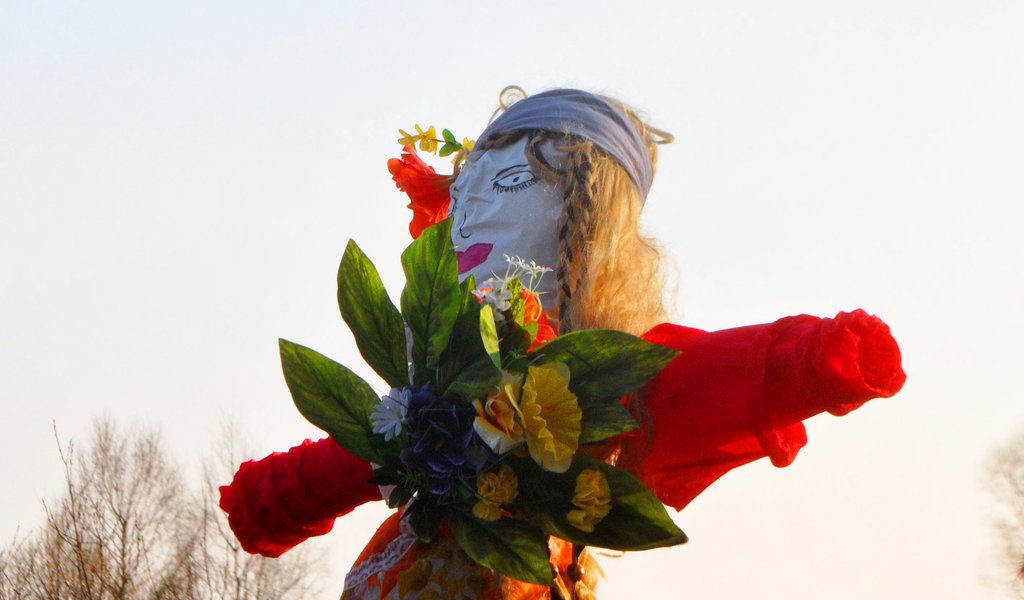 Polish folk rituals at the click of a button

Śmiergust, the pilgrimage to the shrine of Warmia and beheading the kite are new entries in the Polish and English versions of Wikipedia. Explanations of the terms was written up by ethnologists of the National Museum of Ethnography together with the creators of the online encyclopaedia.

Every year on the last or third Saturday of August a few dozen residents of Warmia make a pilgrimage from the village of Sątopy Samulewo to Nowa Wieś Reszelska situated two kilometres away. The procession opens with a man carrying a decorative cross, followed by three boys (who are meant to symbolise the Holy Trinity), tailed by a priest and the faithful. They reach the Shrine of (the) Virgin Mary of Częstochowa singing religious songs. For over 20 years the pilgrimage has been organised close to the Day of the Blessed Virgin Mary of Częstochowa which falls on 26 August.

The shrine, with its blue walls and simple architecture, is also remarkable. It was created at the turn of the nineteenth and twentieth century and at one point it was also painted white and celadon, though in the beginning it was covered with an ascetic grey plaster. It was erected, like most shrines of its kind in the area, as a (form of) thanksgiving for a successful recovery or avoiding a flood or fire. After World War I it was probably a place of burial. Later it took on other religious functions, which in larger cities were performed by churches. Residents – always no more than seven families – used to utter litanies here and participate in the May Devotions.

Now, one can learn about the history of the shrine through Wikipedia. This is thanks to a project named “A Year of Rituals with Wikipedia,” put together by the National Museum of Ethnography together with the Wikimedia Polska Association. With the financial backing of the Ministry of Culture and National Heritage, museologists and Wikipedians created or updated seven main entries and several additional ones. It is possible read about Polish folk rituals in two languages – English and Polish.

In 2015, project participants, volunteers, ethnographers and culture experts from various Polish universities visited seven spots. Altogether they took about 2000 pictures and filmed several videos documenting the rituals. “From spring to late summer 2015, we drove across Poland. We visited, among others, Lednica Górna, where we documented a Siuda Baba procession and the celebration of the Dormition of the Mother of God in Dubiny,” says Klara Sielicka-Baryłka from the National Museum of Ethnography, who is the coordinator of the project. The procession of Siuda Baba, where a man is dressed as a woman and smeared with soot, takes place on Easter Monday, collecting donations in villages near Krakow. The Dormition of the Mother of God, one of twelve great feasts of the Orthodox Church, in Dubiny in the Podlasie region, is accompanied by the solemn blessing of crops and cereals.

As pointed out by the president of the Wikimedia Polska Association, Piotr Ganicz, each article has footnotes and references to sources. “All materials illustrating the entries have been made available under free licenses in the Wikimedia Commons. You can copy them maintaining authorship,” says Klara Sielicka-Baryłka.

Tucked away in the Silesian Voivodeship, Śmiergust in Wilamowice was among the places described and documented by the team led by Sielicka-Baryłka. Every Easter Monday, young men traditionally dressed up as doctors, cart drivers or chimney sweeps, make their way to the local market square and douse unmarried women with water. The custom, described for the first time in 1909, has been part of the cultural heritage of the Wilamowice land to this day.

The story behind the Kashubian custom of beheading the red kite is more somber. In the past, this large bird of prey from the Accipitridae family was blamed for all evil in Pomerania. Since the mid-nineteenth century, the animal has been killed on Midsummer Night after a sentence was read out in the presence of local authorities and residents, after which it was solemnly buried.

If people did not manage to catch a kite, they beheaded crows or hens. According to ethnographers, the kite was said to have had it coming, because the sound it makes resembles the words “pi, pi,” which means “drink, drink.” That is why people believed that it forecasts drought. The ceremony is practised to this day, but the living bird is replaced by a puppet or a red flower.

“We have also documented and described the Easter Greys (Pol. Siwki Wielkanocne), which is a procession of people clad in costumes staged on the occasion of Easter in Chobienice in western Wielkopolska. Its name comes from a grey horse which leads the procession. The oldest inhabitants remember the tradition of the Greys, which were immortalised on the first black-and-white photographs. The characters in costumes and masks traditionally include: a bear, a policeman, a group of chimney sweeps, a peasant with his woman and musicians,” says Klara Sielicka-Baryłka.

Wikipedia was also enriched with a description of marzaniok-goik, the traditional drowning of a straw dummy symbolising winter called Marzanna accompanied by maik/gaik, called “goik” in Silesia, which means copse. This pine branch or an evergreen tree decorated with ribbons symbolises the passing of winter and the coming of spring. Participants of “A Year of Rituals with Wikipedia” documented the procession with copses in Brynica, part of Miasteczko Śląskie where the residents drown Marzanna and Marzaniok in the Brynica River, and then organise a feast.