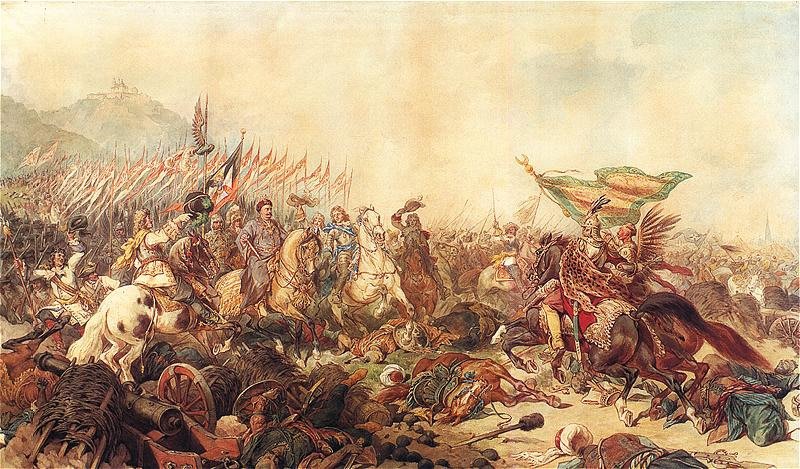 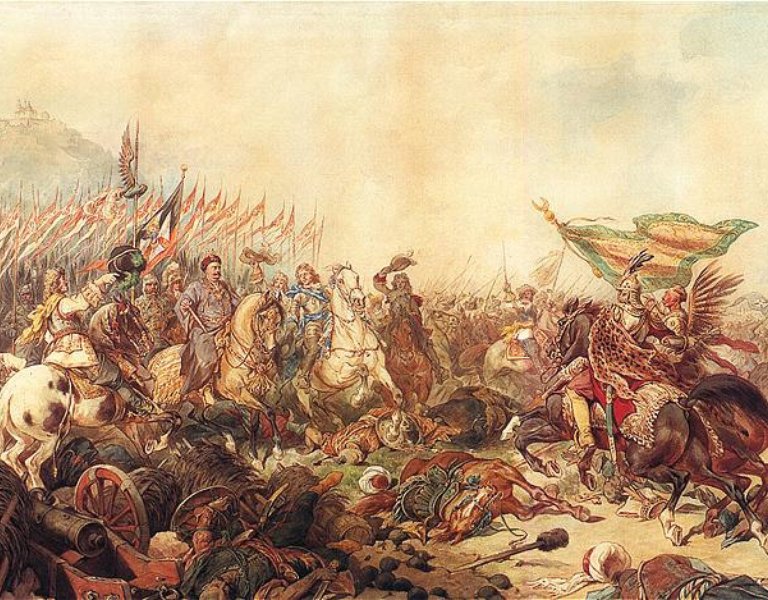 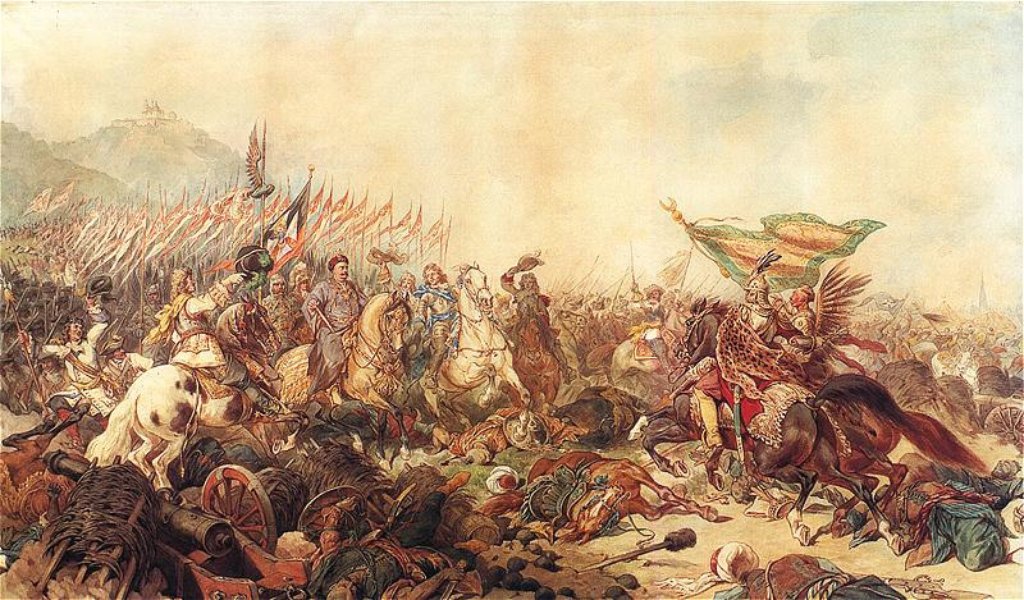 The Battle of Vienna, the Lion of Lechistan and cloves with potatoes

In May 1683, the valiant and expansive army of the Ottoman Empire ventured from Belgrade to Vienna. A month later, it besieged the Danube capital. Upon hearing about this, Jan III Sobieski accelerated the mobilisation of the Crown’s army and set off for Vienna. The battle between Polish-Imperial troops under the command of the Polish king and the army under the command of Vizier Kara Mustafa, fought on September 12, created a military breakthrough and saved the Christian part of Europe from the expansive attempts of the Ottoman Empire. To commemorate this anniversary, we have prepared some interesting facts about the Battle of Vienna, King Sobieski and his interesting life. 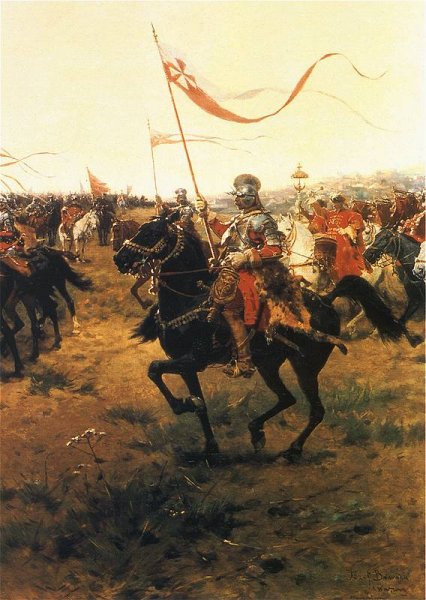 ARMY. Of all Polish military units, the hussars made the biggest impression. Soldiers on horses, decorated with bird's wings, armour covered with wild animal skins and armed from head to toe, they were visible on the battlefields and often the subject of vivid discussion between foreigners. The idea of identifying a Polish soldier from the era exclusively with the hussar is misleading, however - hussars, heavy winged cavalry was not as numerous as we like to think, nor was it self-sufficient.

Though it actually played a key role in some battles it needed to be complemented by smarter and more agile forces. Therefore, after breaking the enemy's lines, the hussars were joined by lighter formations of light cavalrymen, foreign formations (organised differently) as well as infantry.

ROMANCE. Jan III Sobieski was a passionate reader of French romance novels. One of the most important literary works for him was "Astrea" – the pastoral novel of Honorius d'Urfé published in 1632. Under its influence, he even wanted to buy a property in Provence! The purchase did not take place, but Sobieski drew from the conviction that perfect love is expressed by conveying, in detail, in feelings when conversing but also, ideally, in correspondence. 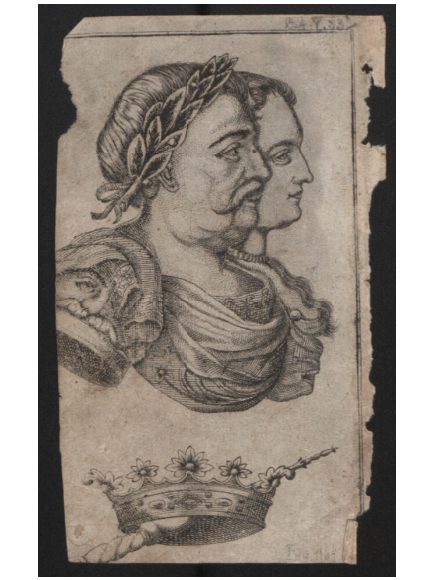 That is why the letters that Jan and his wife, Maria Kazimiera, whom heaffectionately called Marysieńka, wrote to each other in numerous periods of separation in 1665-1683, contained a meticulous analysis of their feelings. For fear of being exposed, lovers used pseudonyms – when referring to themselves as well as others. The letters themselves were called preserves or fruit, and their love – oranges.

LION. The Lion of Lechistan – this nickname Jan Sobieski received from the Turks and Tatars as a hetman after the Battle of Chocim fought against them. The victory of the Crown’s troops, commanded by Sobieski, helped him to sit on the Polish throne a year later.

COFFEE. One of the effects of the Battle of Vienna was ... the opening of the first café in Vienna. Jerzy Franciszek Kulczycki, a polyglot and employee of the Eastern Trade Company, was stuck in the siege of Vienna, to which he had come for commercial purposes. After a few weeks of fighting, when some defenders started losing their strength and morale, Kulczycki, after reaching an agreement with the mayor of the city, disguised himself as a Turkish soldier and sneaked through the enemy's camp to talk to Prince Charles V. The latter told him about the approaching relief of Sobieski's troops, which restored the soldiers' hope and let them survive in their seized positions. After the Battle of Vienna, Kulczycki became a hero both among Poles and the Viennese, who rewarded him with a handsome sum and a house on Leopoldstadt. As a form of a reward, King Sobieski allowed him to take any wartime prize of his choosing. Kulczycki decided to take ... several hundred bags of coffee, which was confiscated from the Turks. That is how the first Viennese cafe open on Domgasse Street – although it was not very popular at the beginning. Everything changed when Kulczycki started adding milk and honey to the black infusion, becoming the inventor of coffee with milk. After a year, the first Kulczycki cafe ceased to exist, but he opened two new ones: one on St. Stephen’s Square itself and the second – existing to this day – named “The Blue Bottle Coffee House". 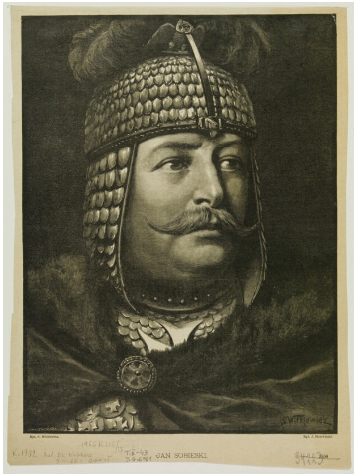 BLINDS AND SHADOWS OF FAME. Despite the victory, the meeting of King Sobieski with Emperor Leopold I was rather cold. The emperor did not take off his hat even when he was introduced to Prince Jakub or during the inspection of Polish troops. Although relations between the Austrians and Poles based in Vienna took a turn for the worse, Europe praised the bravery of Polish troops, and in Rome the victory celebrations lasted a whole month! In her congratulatory letter, the Swedish Queen Christina wrote to Sobieski: "On this happy day, W.K., you have proved that you are not only worthy of the Polish crown, but even the whole world. If the heavens allowed a universal monarchy, you would be in control of the world."

THE DOCTOR. The court doctor of the elder King Jan III Sobieski was an Irishman, Bernard O'Connor. Although he did not come to Poland for a long time (he only lived to the age of 33 years), after returning to his homeland he described the Republic and the king himself in his work ‘The History of Poland in Several Letters to Persons of Quality’ (1698). According to his reports, Sobieski was tall and handsome, he always dressed "Polish". He stressed – in a somewhat exaggerated fashion – the ancient origins of the Sobieski family, and above all – his comprehensive and thorough education. As a young man, Sobieski set out on an educational journey around Italy, France, Germany and England. According to the doctor, he knew the military well and was conversant in five foreign languages: Latin, French, German, Italian and Turkish (in fact, he spoke the first two fluently, though he was also able to communicate in the others.) He was interested in natural history as well as in the arts (he had already funded the Wilanów Palace, which today houses the museums about his life and times), and liked to surround himself with enlightened companions. With regard to negative traits – O'Connor noticed Sobieski's stinginess, which was growing with age and which also resulted in the deteriorating the state of the Polish army.

CUISINE. Polish cuisine in the seventeenth century was characterised by... a large amount of spices. Food connoisseurs especially enjoyed: pepper, saffron, nutmeg, cinnamon, ginger and cloves. According to the accounts of foreigners visiting Poland, it was often difficult for them to accept the dishes served. The tables often hosted meat, served with groats and peas. 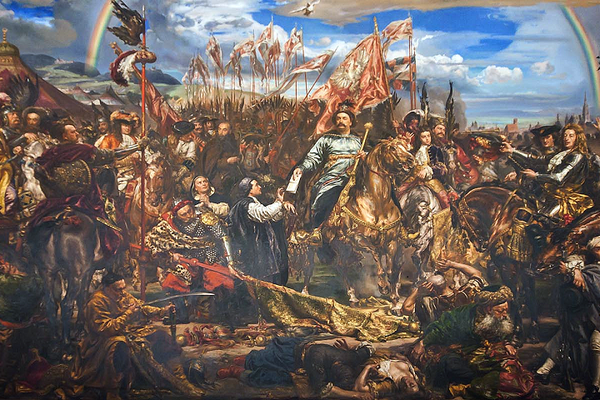 We owe the presence of potatoes in Polish cuisine to King Sobieski, who sent them to Queen Marysieńka as a curiosity after the Battle of Vienna, with the instruction to grow them in the royal gardens. Initially accepted skeptically, they found their way onto baroque menus in the eighteenth century and a century later became popular among the wider public due to economic reasons.

PAINTING. On the occasion of the 200th anniversary of the Battle of Vienna in the capital of the Monarchy, ceremonies were organised to boost state propaganda, while marginalising the role of Poles in the victory. Wanting to underline the merits of the Polish king and their army in the Battle of Vienna, the Polish painter Jan Matejko rented a room on his own dime and used it to present his painting of Jan Sobieski near Vienna. Admission to the exhibition was free, thanks to which all Viennese people could become acquainted with the art work – and the Polish side of the story. In December 1883, Matejko and the Polish delegation went to Rome, where the painting – as a gift of the Polish nation – was bestowed to Pope Leo XIII. To this day, the work can be seen in the Vatican Museums.