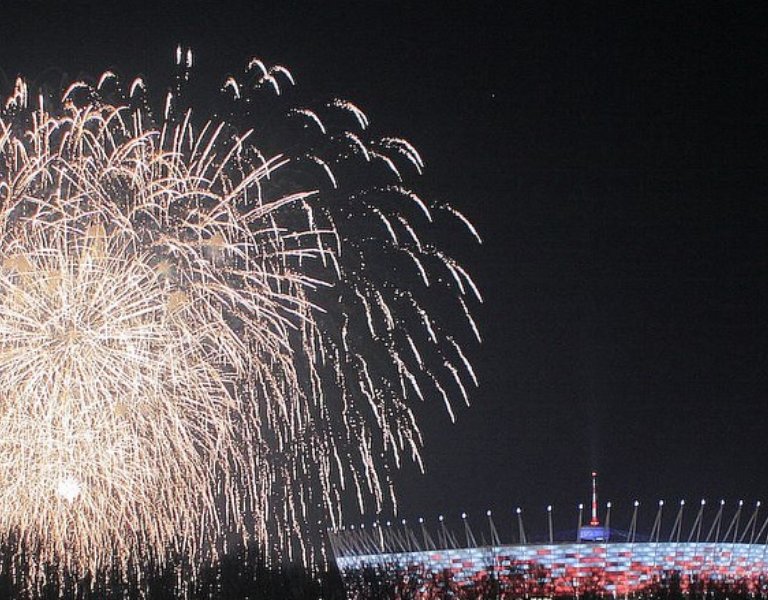 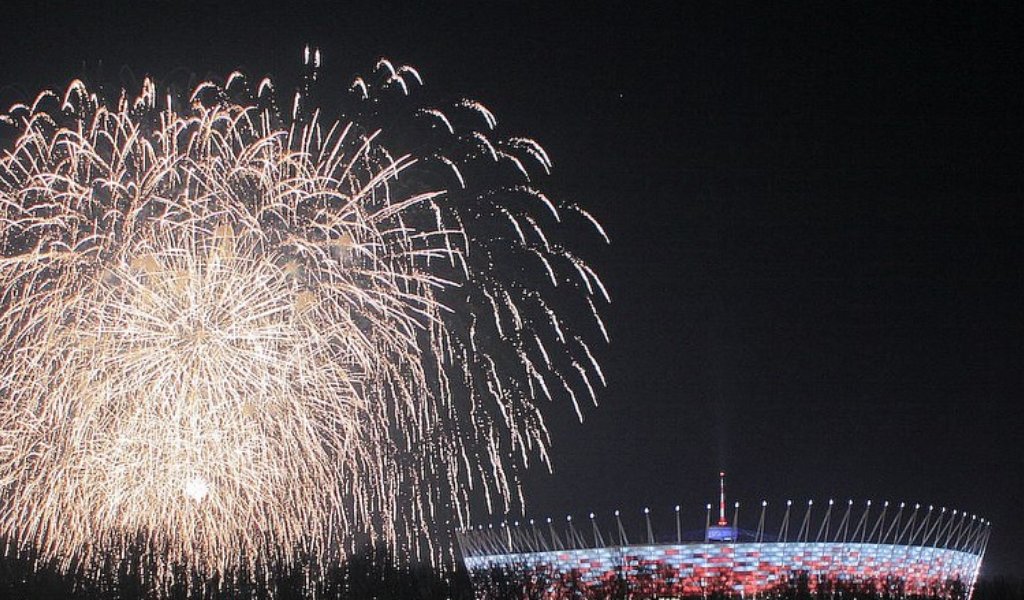 Over the last year, more than 3,800 events have been submitted to the “Niepodległa” program, the aim of which is to commemorate the 100th anniversary of Poland regaining its independence. The upcoming weekend will be the fruition of all this hard work. Celebrate with us by taking part in the largest events in honour of Poland’s independence! Here are some of them. 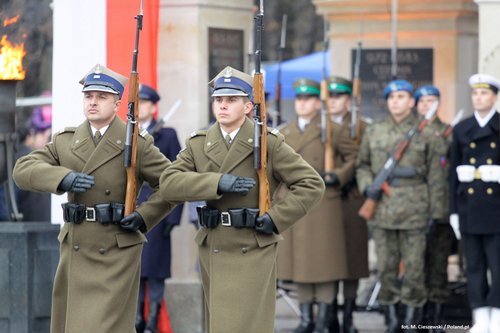 The main celebrations of Independence Day 2018 in Warsaw

The main Independence Day celebrations will take place as every year on Pilsudski Square. At noon, as part of the “Hymn for Independence” campaign, Poland’s national anthem the “Dąbrowski Mazurka” will be sung (see below), followed by the ceremonial changing of the guard at the Tomb of the Unknown Soldier. At 1 PM, a historical parade of over 300 soldiers, with weapons and uniforms from 1920-45 will set off from the square. They will be accompanied by historic vehicles and over 80 horses. The parade will march along Krakowskie Przedmieście and Nowy Świat, finishing at the Polish Army Museum.

On 11 November, at noon, Poles will sing the national anthem together. The “Dąbrowski Mazurka” will be sung during official state ceremonies and local events. It will be broadcast by radio stations, played by army, police and fire brigade orchestras, and it will be sung in theatres, opera houses and concert halls. Those who take part, can post about it on social media, using the hashtag #niepodlegladohymnu. The singing will take place in cities, towns and villages all over Poland. The Polish singers will be joined by people from all over the world (see map).

The extension to this project is a national contest organised by the National Centre for Culture for primary schools and kindergartens. Pre-schoolers and pupils from all over Poland are going to sing the Dąbrowski Mazurka together. 300 schools and 50 thousand children will take part in the action.

Concert for Independence at the PGE National Stadium

On Saturday at the PGE National Stadium a concert will take place at which Poland’s top artists will perform new arrangements of the most important compositions from the last 100 years of Polish music. Songs will be sung from the interwar period and the second world war as well as hits from the 60s and the Polish rock scene. The concert will feature Krystyna Prońko, Maryla Rodowicz, Kamil Bednarek and Natalia Nykiel. The review of Polish music – from legionary songs to movies hits – will be seen by 43,000 invited guests and television viewers. In the finale, everyone will sing the national anthem. 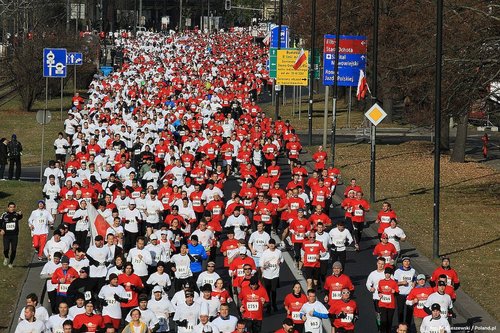 In recent years, a popular way of celebrating 11th November has been Independence Runs, organised in many places in Poland. This year, the number of runs is overwhelming! They include: The National Centennial Run from the Baltic to the Tatras and the Supermarathon at the PGE National Stadium (the Polish 100km championships). Independence runs at various distances are also planned in large cities, such as Warsaw, Krakow, Poznan or Wroclaw, as well as in dozens of smaller towns. 170 diplomats from the Polish MFA and foreign accredited diplomatic missions in Poland will take part in this year’s edition of the Independence Run in Warsaw to share our joy and celebrate the centenary of Polish independence.

The Independence Festival will be one of the largest ‘birthday parties.’ Two themed routes dedicated to the 100th anniversary of Polish independence will run along Krakowskie Przedmieście in Warsaw, with each stop on the two routes featuring attractions. The White Route is a journey through Polish cuisine and culture. The most important Polish songs from the last century will be performed from a special stage. At one stop, guests can enjoy Polish delicacies, while at others people they can learn about Polish dance and film. The Red Route leads through the history of the achievements of the six fathers of Polish independence: Paderewski, Piłsudski, Dmowski, Witos, Daszyński and Korfanty. In addition, guests will be able to join sightseeing tours with guides who will talk about Krakowskie Przedmieście. They will also be able to see parades of antique cars and marching bands, as well as historical fashion shows. The festival will go on until 10 PM. 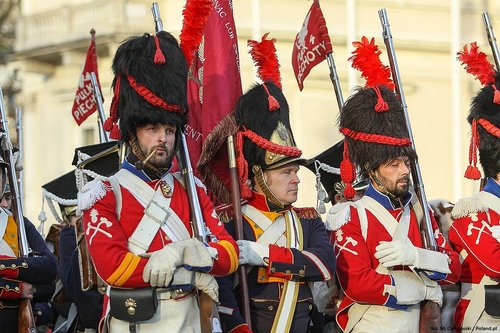 As every year, the Independence Parade will pass through the streets of Gdansk. This time it will end with a special historic photo of the people of Gdansk for Independence Day. The organisers guarantee that everyone will be able to see themselves on the photo, a copy of which will be placed in the Gdansk Museum.

On 9 November at the Centennial Hall in Wrocław, guests will watch a multimedia spectacle “Names of Freedom,” the theme of which is the 100th anniversary of Poland’s independence. The spectacle by Roman Kołakowski and the Piosenki Theatre will feature those who led to the country's renewal. The theme of the performance will be Freedom: of the individual, society and the nation.

Magical Krakow and its residents have been celebrating the 100th anniversary of Poland’s independence for almost a year. On 11 November, they will be meeting on the Main Market Square to take part in the traditional Krakow Singing Lesson. 8,000 free song sheets have been prepared for the singers. The sounds of patriotic songs from times past as well as modern hits will be heard throughout the Old Town.

The open day in the Sejm and the Senate is now a November tradition. This year is no different, as visitors will be able to see where their elected representatives work every day. The special route will take visitors around this important building and a specially prepared exhibition.

11 November will also be a unique opportunity to visit the building of the Silesian Sejm in Katowice at night, which will be open to the public until midnight. Trips around the regional parliament will end with the playing of the national anthem by the Katowice Wind Orchestra.

The Chancellery of the Prime Minister of Poland will also open its gardens on Sunday. Guests will watch displays by the Polish Army and uniformed services, enjoy food from a field kitchen and listen to performances by artists. Many attractions have been prepared for small children. After the event, guests will enjoy a huge fireworks display and a 40-metre illumination on the Vistula River.

The Museum of Polish History has organised a unique attraction for the 100th anniversary of independence. The Labyrinth of Independence game in the pavilion on Teatralny Square in Warsaw is intended for people of all ages who want to learn more about the Poland’s path to freedom.