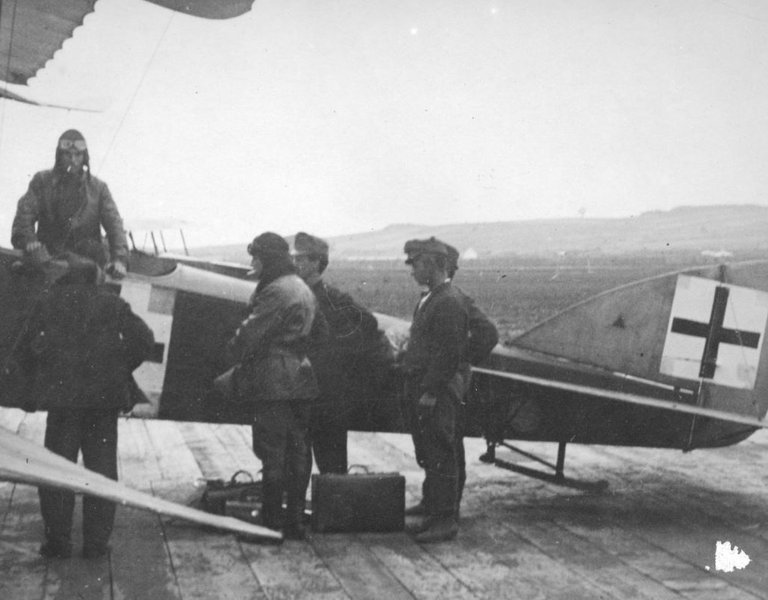 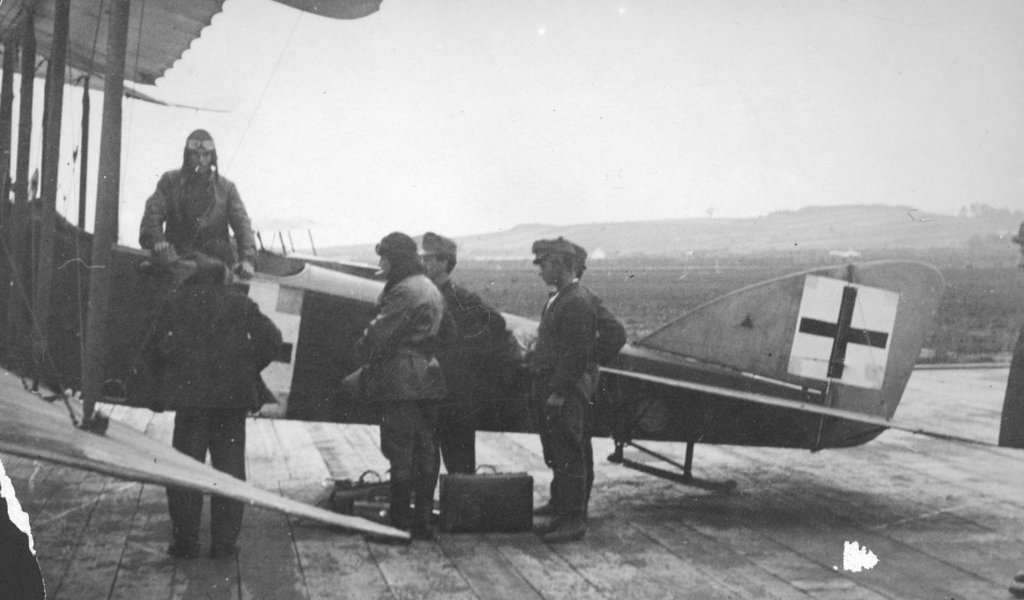 This year we celebrate 100 years of Polish aviation. Polish pilots are associated in the world with the famous Division 303 that made a name for itself during the 1940 Battle of Britain. Not everyone knows, however, that the division had adopted the emblem and tradition of the Kościuszko Escadrille (aka the Kościuszko Squadron) which also boasts a fascinating history including international and cinematic threads. Flying in that formation was Meriam C. Cooper who later directed the iconic King Kong movie. The story of those Polish and American airmen was the subject of pre-war Poland’s most expensive feature film. This is the story of the Starry Squadron.

They flew under bridges

During the 20-year inter-war period both civil and military aviation was extremely popular. Literature and the press of every type were full of stories about new aeronautical feats, new air records, flying competitions and bold expeditions. Initial interest was piqued by the daredevil feats of the first pilots flying in World War One (then known as the Great War) and subsequently creating the air force of newly resurrected Poland. That period’s atmosphere of adventure and bravado were superbly captured in the novels and memoirs of Polish aviator Janusz Meissner. The story of flights beneath Warsaw’s Poniatowski Bridge was a classic example. It’s no wonder then that towards the end of the 1920s Meissner was asked to create a script memorialising the legend of the Kościuszko Squadron and its achievements during the 1920 Polish-Bolshevik War. 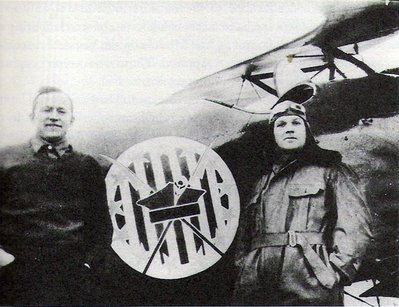 Poland’s 7th Air Escadrille, which later adopted the name 7th Tadeusz Kościuszko Fighter Escadrille, fought during the struggle over the borders of newly emerging Poland and after World War One. It took part in the 1920 Battle of Warsaw, regarded as one of modern Europe’s most pivotal conflicts. The air force had a twofold role: combat and reconnaissance. The fate of battle fronts and individual clashes was often decided by information provided by aviators. But the pilots of the 7th Escadrille were also known for more spectacular feats such as stopping a Polish locomotive through aerial acrobatics. An aviator who a moment earlier had detected Soviets mining railway tracks wanted to save the armoured train and its crew from disaster at all costs. That aviator was Cedric Fauntleroy, an American born in Mississippi.

The history of the escadrille exemplifies the exceptional commitment of American combatants to the “Polish cause.” As their patron they chose Tadeusz Kościuszko, the Polish military leader who had commanded the 1794 Kościuszko Insurrection and had served the cause of American independence as a brigadier general. His monument is found at America’s fabled academy at West Point. The choice of a patron was by no means accidental, and it was the American pilots themselves who had proposed Kościuszko. All told, 21 airmen had served in the Escadrille, and three of them gave their lives for Poland. The author of the emblem painted on all the aeroplanes was Air Force Lieutenant Elliot Chess. It depicted the Kraków four-cornered cap Kościuszko wore during the insurrection and two crossed scythes symbolising the scythe-wielding peasants who had fought under his command. The red and white stripes of America’s flag provided the background. 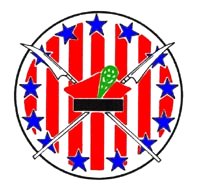 It all began through the efforts of General Tadeusz Rozwadowski, chief of the Polish Military Mission in Paris, who lobbied for the creation of an American Legion to fight alongside the Polish Army. Although initially the Ministry of Military Affairs was not keen on the idea, it was eventually implemented, and American aviators signed contracts to serve in the Kościuszko Escadrille. Among the best known was Meriam C. Cooper who had Polish family connections. His grandfather had fought under the command of Kazimierz Pułaski, another Polish hero of America’s War of Independence. During the Polish-Bolshevik War, Cooper was awarded the Cross of Virtuti Militari, Poland’s highest military decoration. On 12 July 1920, his plane got shot down. But he escaped from Soviet captivity and returned to Poland. After the war, he went back to the United States and began a career in the film industry. He was the author of the screenplay and co-director of the 1933 blockbuster hit King Kong. He was also featured in the film as the pilot flying the plane that attacked the giant gorilla.

Cooper served as the prototype for Capitan Bond, the hero of the hit film Gwiaździsta eskadra or Starry Squadron. Directed by Leonard Buczkowski, it initially went on release in 1930 as a silent film and later reappeared as a talkie. Based on facts, it was the story of an American airman emphasising Polish-US friendship with a romantic thread woven into the scenario. The film scored a great success and its premiere was a major event. A special screening for Marshal Józef Piłsudski and the American Ambassador was held. 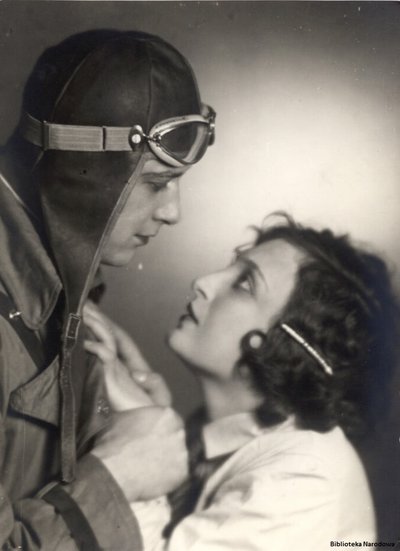 The film’s patriotic theme highlighting camaraderie of arms was uplifting, and it was also impressive as a lavish, high-budget production even by present-day standards. The Polish armed Forces were extensively involved in the production, Throughout the production cycle, the previously-mentioned air force pilot Janusz Meissner who authored the screenplay was constantly consulted. The film was shot on location at the airbase of the 3rd Air Force Regiment in Poznan-Ławica, and partially also at Biedrusk. More than 200 military aircraft were used in the air-battle scenes. One of the main roles, that of Captain Wojda, was played by a real airman Janusz Halny. His embarrassment during the kissing scene was described in the memoirs of Janusz Meissner who was known as a lady’s man.

Work on the Starry Squadron was also marred by a tragic accident. It occurred in November 1929, when an air-battle scene was being shot and resulted in the death of a pilot and an observer. Director Leonard Buczkowski had the entire crash recorded on film, but out of respect for the victims that footage was not used in the final cinema version.

The saddest and most mysterious aspect of the film history is the fact that most likely not a single copy of the Starry Squadron has survived. For ideological reasons, the film was destroyed on a massive scale after the Soviets invaded Poland in 1939. There is a chance, however, that a copy may have survived under a different title in some American or European archives. In 2011, a group of researchers at Poznan’s Adam Mickiewicz University launched an “International Starry Squadron research project.” It involves detailed archives queries in search of a lost copy. Unfortunately, to this day that quest has proved fruitless. Unlike the film, however, fortunately the memory of the heroic American airmen fighting for Poland has not vanished. That unit’s traditions have been continued by the 23rd Tactical Airbase near Mińsk Mazowiecki which also adopted their iconic emblem.