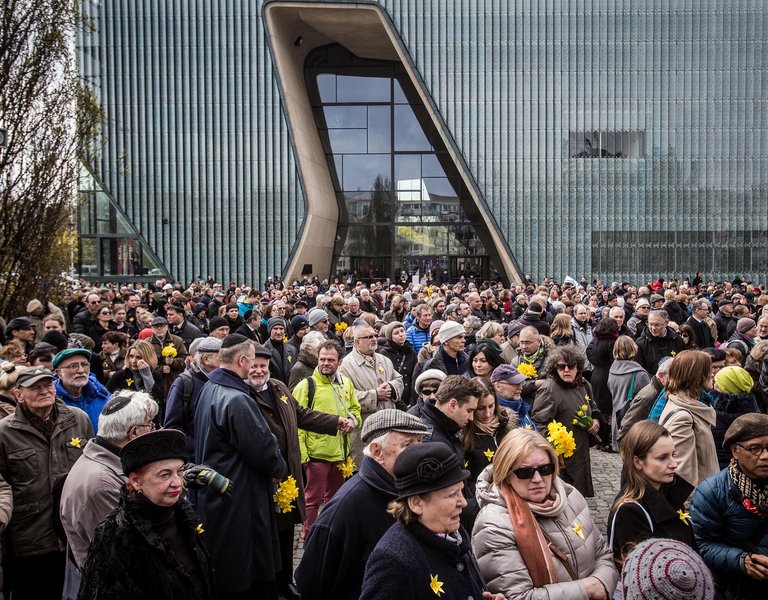 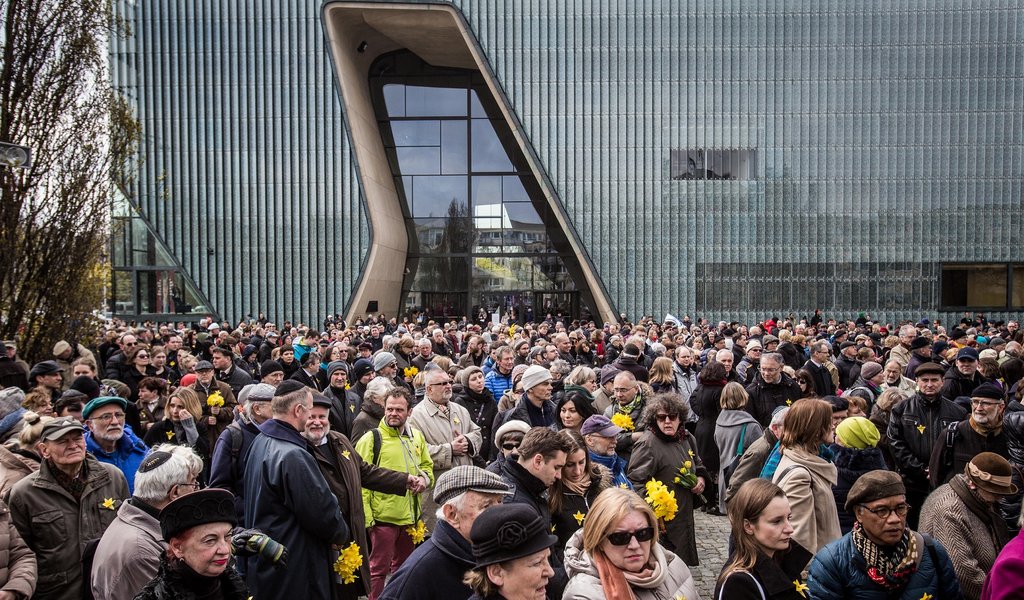 Marek Edelman, a leader of the Warsaw Ghetto Uprising who survived the uprising and remained in Poland, would receive a bouquet of yellow daffodils from an anonymous person on April 19th, the day the uprising broke out in 1943. He would lay them at the Monument to the Ghetto Heroes in memory of those who fought and died. The paper daffodils, which people wear on this day, are inspired by this custom.

Our Daffodil Campaign ambassador is Marian Turski (b. 1926), who is a Holocaust survivor, historian, journalist, human rights activist, and Chair of the POLIN Museum Council. He is a member of the International Auschwitz Council, and he was awarded Poland’s Commander’s Cross with the Star of the Order of the Rebirth of Poland. In addition he was awarded the country’s Medal for Merit to Culture, as well as France’s National Order of the Legion of Honor, and Germany’s Federal Cross of Merit.

In January of 2019, Mr. Turski was a keynote speaker at the United Nations for the International Holocaust Remembrance Day.

The Germans squeezed over 400,000 Jews within the walled-in area of the Warsaw Ghetto – residents of the city and the neighbouring towns and villages, as well as deportees from the territories incorporated into the Reich. In the ghetto, tens of thousands of people died of hunger and disease. On 22 July 1942, the so-called Great Deportation Aktion began. Within the period of two months the Germans deported over 250,000 Ghetto residents to their deaths at the Treblinka extermination camp. Thousands of people were killed on the spot. Mere 60,000 Jews remained in the so-called Restgetto (Ger.: the remnants of a ghetto). They were mostly young and strong, with no family ties, often employed at the German shops (i.e. small factories or workshops). It was in these circumstances, with nothing left to lose, that the idea of armed resistance against the Nazis was born amongst the Jewish youth in the Warsaw Ghetto.

The Warsaw Ghetto Uprising was the largest and most heroic act of armed resistance taken up by the Jews during World War Two. It was also the first civic uprising in occupied Europe.