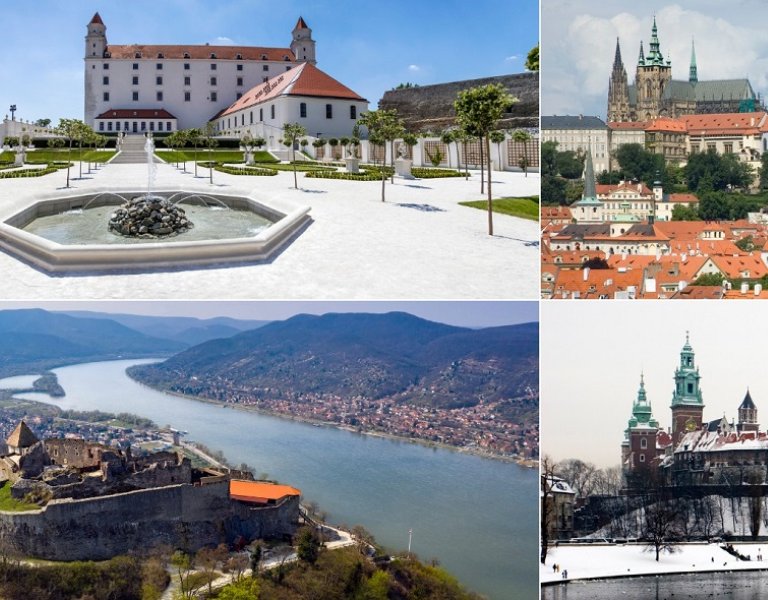 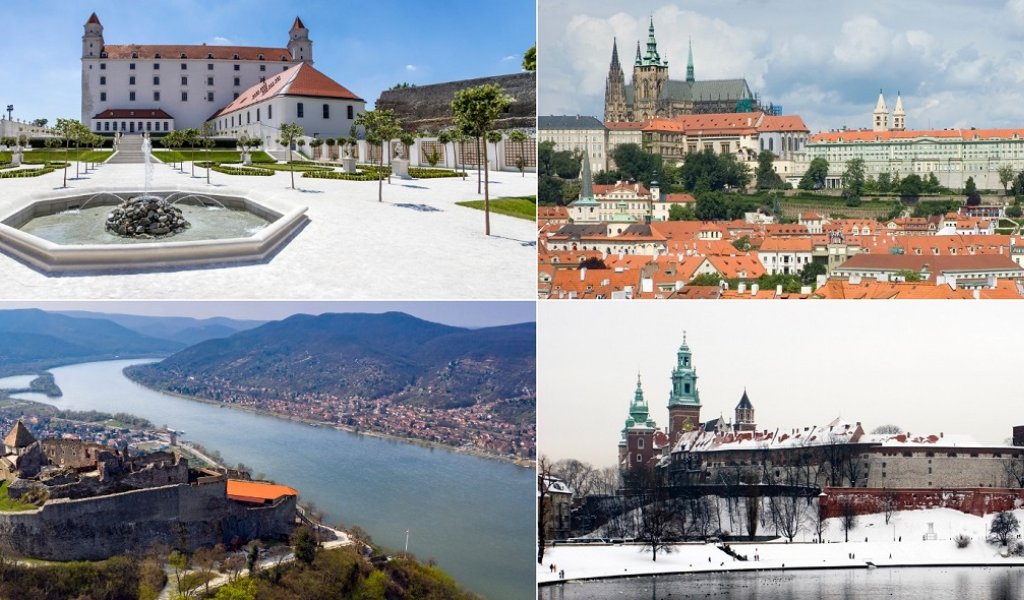 The Visegrad Group, or V4, took its name after the Visegrad Castle in Hungary, where John I of Bohemia, Charles I of Hungary and Casimir III of Poland met back in 1335, and where the presidents of Poland and Czechoslovakia and the Prime Minister of Hungary met on February 15, 1991, to sign the Visegrad Declaration, which marked the beginning of the V4 cooperation.

The four countries have come a long way, transitioning away from communism and back to Europe, joining NATO and the European Union, and, above all, building bonds of friendship between the four nations. Thirty years on, the Visegrad Group still stands strong and so do the… castles! 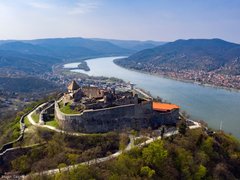 This is where everything started 30 years ago! Located just outside of Budapest, on the Danube, this beautiful fortress served as a royal residence for Hungarian kings who continued to enlarge the castle, palace and its fortifications until the 1540 invasion by the Ottoman Empire, which left it severely damaged. It was never inhabited after that. Since the castle sits atop a hill, the view of the Danube Bend is breathtaking! 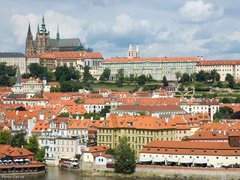 The Prague Castle, one of the world’s largest castle complexes, bigger than seven football fields, apparently, is located on the Vltava’s left bank. The castle, built as a fortified settlement in the 9th century, has been the seat of Czech monarchs and the official residence of the Czech head of state. It grew larger with each of the four major reconstructions to become the fairy-tale fortress and mixture of architectural styles that it is today. 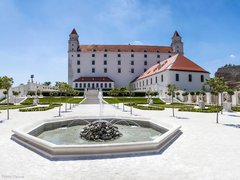 The castle started off as a border fortress built by the Romans where two important trade routes crossed: one led along the Danube and the other connected the Roman Empire with the Baltic Sea. The hillfort was first turned into a stone castle and then into a heavily fortified stronghold as well as an imperial residence of the Habsburgs. The 1811 fire destroyed most of the castle buildings, which were magnificently rebuilt in Renaissance in the 1960s and turned into a museum. 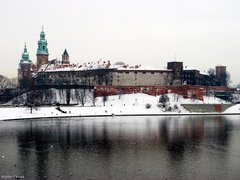 In his last will, in 1138, King Boleslaus the Wrymouth divided the country into districts and designated Kraków as the seat of the senior prince. For centuries, the Wawel Hill, with its towering royal castle and cathedral, was the political and cultural heart of Poland, the symbol of Polish statehood, and the country’s capital until 1795. Today’s Renaissance palace dates from the 16th century and it houses a museum, guarded by a fire-spitting dragon which lives at the foot of the hill.

Throughout centuries, the history and culture of Poland, the Czech Republic, Hungary and Slovakia have been intertwined in many ways, and the Visegrad Group is an embodiment of the four countries’ many shared interests and ambitions. The 30 years of cooperation, which was inaugurated at the Visegrad Castle in 1991, and which brought the four Prime Ministers, as well as the President of the European Council, to the Wawel Castle for the 2021 anniversary celebrations under the Polish presidency of the Group, are a milestone and a starting point for new challenges.