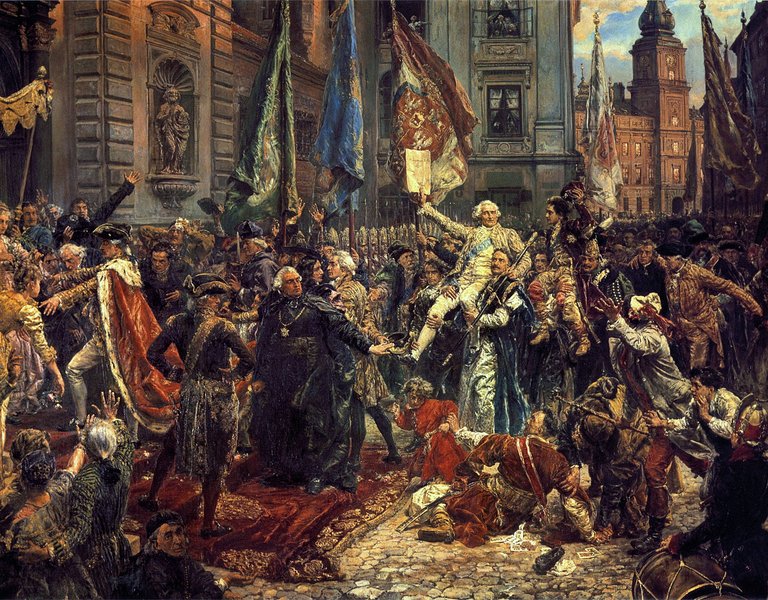 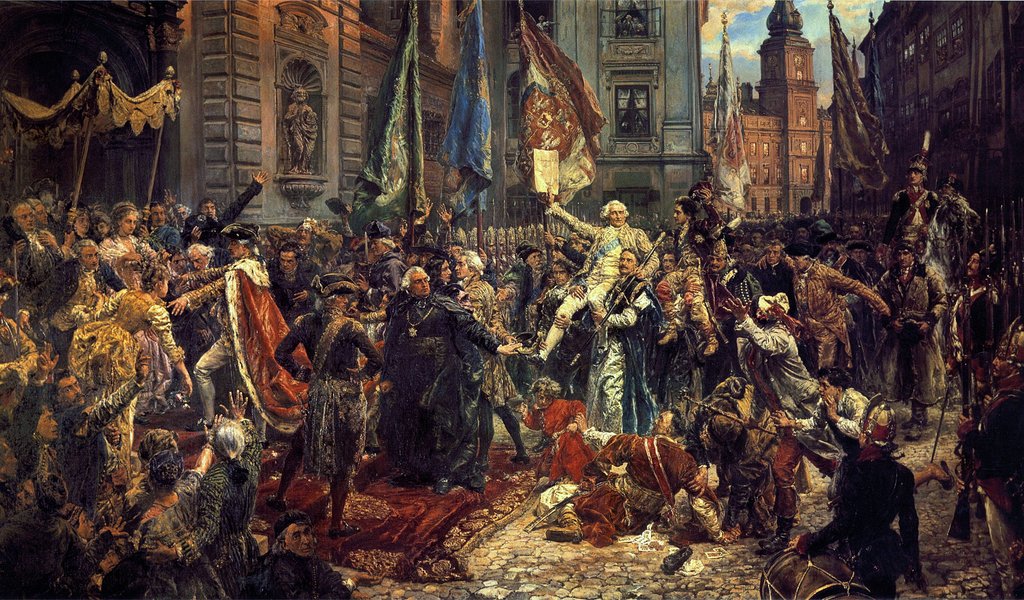 227th Anniversary of the 3 May Constitution

The 3 May Constitution of 1791 was the world’s second codified constitution. Its authorship is ascribed to King Stanisław II August, Grand Marshall of Lithuania Ignacy Potocki, and the priest and philosopher Fr. Hugo Kołłątaj.

The adopted constitution was inspired by the political and social thought of the European Enlightenment and the 1787 American Constitution. The authors of Poland’s basic law recognised that instead of advancing the interests of the few, the government must put the nation first. The document consisted of 11 articles. The first one afforded a dominant status to the Roman Catholic faith, at the same time guaranteeing freedom of belief and practice to other religions. Article 5 provided for the separation of powers into the legislative, executive, and judicial branches. A two-chamber Sejm passed laws; executive power was in the hands of the king and the Guardians of the Laws; while judicial power was exercised by independent courts.

The liberum veto (under which a bill could be defeated by any single deputy) was abolished, as were several other features of the parliamentary system previously in force—from then on, all decisions would be passed by majority votes. The king could not approve legislation. He presided over the Guardians of the Laws composed of the primate, two secretaries, a crown prince of age, the marshal of the Sejm, and five ministers appointed by the king: of the treasury, the army, the police, foreign affairs, and the seal. The ministers reported to the king but could only be removed from office by the Sejm. To become effective, the king’s rulings required the countersignature of the relevant ministers, who in turn were responsible to the Sejm. An extraordinary constitutional Sejm would convene every 25 years to review and amend the Constitution. A national army was established, and the Constitution placed the peasants under the protection of the government.

Julian Ursyn Niemcewicz, who was involved in the work on the Constitution, recounted the special significance of the day it was adopted: “How few days in the histories of entire nations when thousands and thousands of people, an entire capital, no, an entire nation I say, would be so exceedingly elated! Such was the third of May; all could see in their mind’s eye how at last it dispelled the rain clouds that had battered us for so long and our future prosperity dawning on a clear horizon.” The Constitution of 3 May reflected Poland’s spirit, a spirit which sustained the nation over 123 years under foreign rule and, later, during the long years of communist repression. Despite the many controversies that continue to divide historians and columnists even today, 3 May was a national holiday until 1940. Until the end of World War and in the Polish People’s Republic it was forbidden to celebrate Constitution Day, but the anniversary each year sparked mass anti-communist rallies. According to opinion surveys, Poles today still consider the Constitution of 3 May as one of the most groundbreaking events in the history of their country.