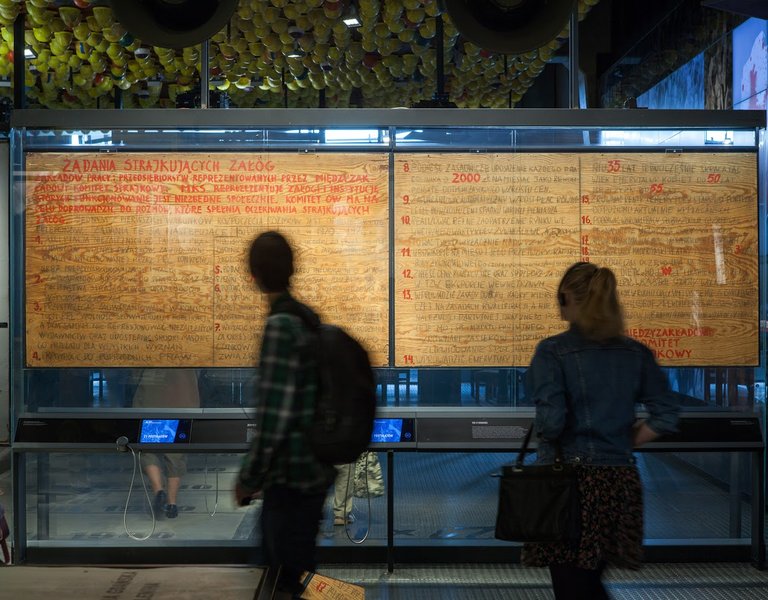 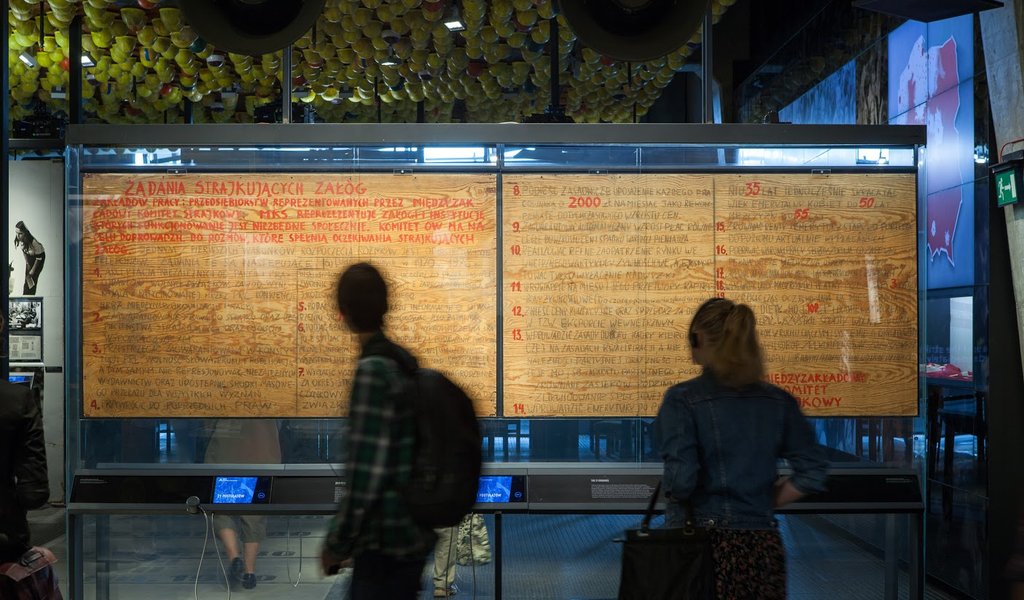 August accords, or the birth of Solidarity

In 1980, Poland faced huge international debt and shortages of supplies. The July food price spikes gave rise to a wave of labour unrest. On August 14, 1980, workers at the Gdansk Shipyard staged a strike over the dismissal of Anna Walentynowicz, a crane operator and workers’ rights activist. More and more factories across Poland joined the protest in the following days. 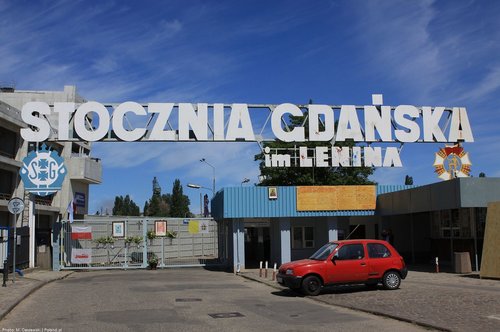 The impact of the August strikes came from the spirit of solidarity between workers further enhanced by the establishment of the Interfactory Strike Committee that represented all strikers. Moreover, having learnt their lesson from the 1956 and 1970 protests, brutally suppressed by the state forces, workers did not intend to go into the streets but opted for nonviolent sit-in strikes and presented their demands. The 1980 strike was also unique due to the involvement of Polish intellectuals who provided the protesting workers with counsel and expert knowledge.

The list of demands issued on August 17 by the Interfactory Committee included not only social but also political demands, seen by the communist authorities as „anti-socialist”, such as respect for freedom of speech and easing of state censorship.

The authorities ultimately gave in to the pressure and agreements were signed in Gdańsk and in other cities. They agreed to meet all of the demands, including the one granting the right  to unionize, which opened the door to the establishment of the Independent Self-governing Labour Union “Solidarność”, the first trade union in a Warsaw Pact country that was not state-controlled, and the world’s largest to date.

Understandably, these developments were frowned upon by Moscow. It was speculated a Soviet military itervention was imminent or at least highly possible. , and authorities in other socialist countries feared that the Polish example might spill over and undermine communist rule beyond Poland.

The 1980 strikes and the agreements that ended them were closely observed by Western European countries and by the United States despite efforts on the part of the Polish communist authorities to limit access to information by tightening restrictions on foreign journalists. At the same time, Polish diplomats abroad were instructed to carry out an “offensive” propaganda campaign in „defense of socialism.” Foreign trade unions welcomed the August Accords and the subsequent birth of Solidarity with enthusiasm, declaring assistance and cooperation. So did Western societies, even if their  governments took a more moderate response, fearing destabilisation in the region and a Soviet reaction.

Nonetheless, it is beyond doubt that the events of August 1980 were significant for the whole of Europe because they largely contributed to the collapse of communism in Poland and in all of the Soviet bloc a decade later.