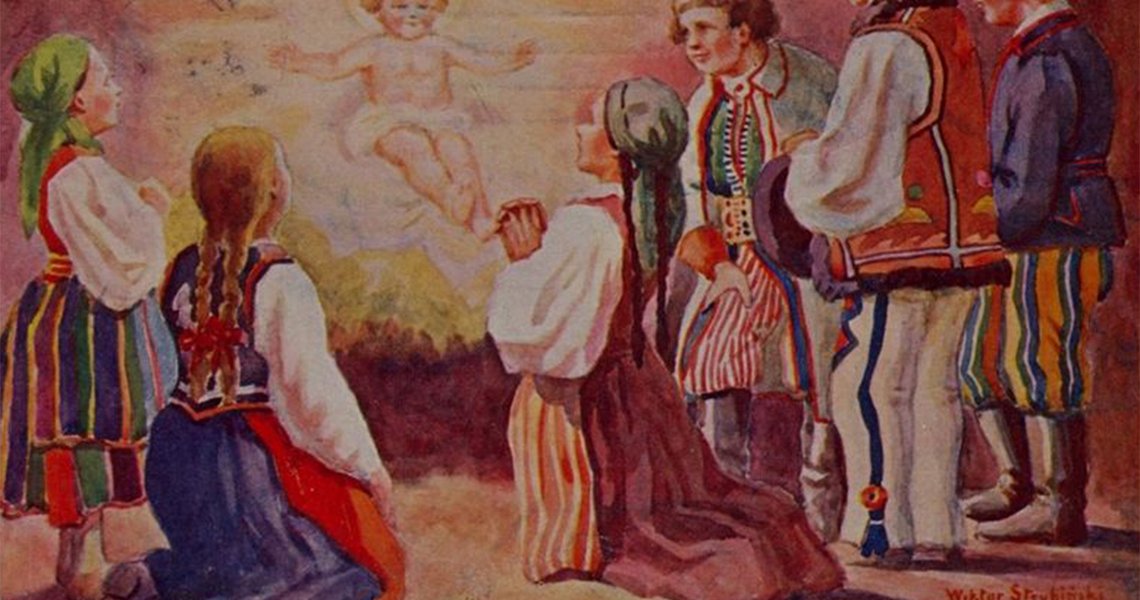 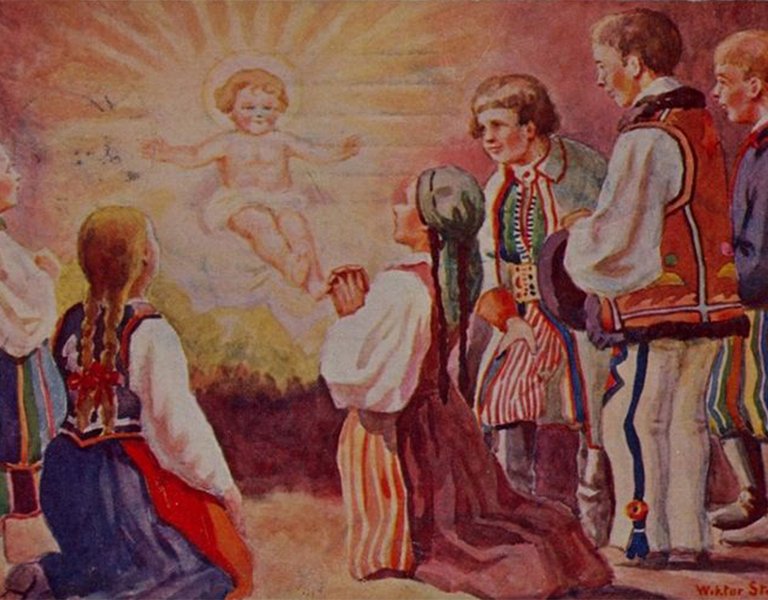 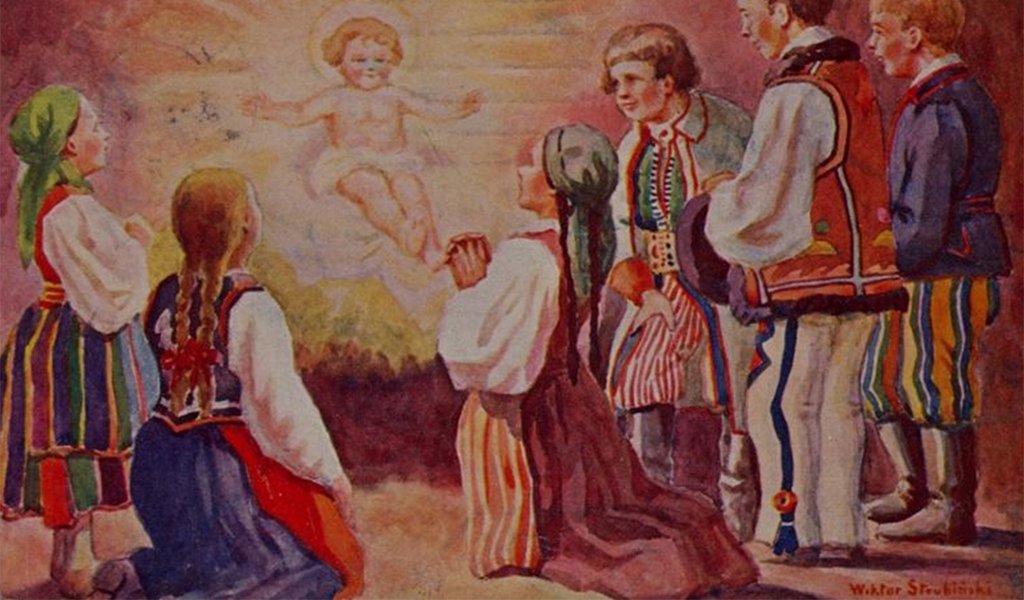 Preparations for Christmas started already in summer. In summer, mushrooms were picked in forests and fruit in orchards, and carefully dried to preserve until December. Then, it was time to take care of poppy seeds, flour, honey, nuts and other products.

Herring were bought at street markets: the better, Dutch ones by the rich, and the worse, called Scottish herring, by the poor. The nobility, and later landowners hunted for game for Christmas.

Apart from material preparations, Advent, the time of expectant waiting, also required proper spiritual preparations to celebrate the Nativity of Jesus. The rorate mass was celebrated every morning at dusk. It is a votive mass to the Blessed Virgin Mary. The name comes from the opening line of the introit: rorate cæli desuper ("Drop down ye heavens from above"). A characteristic feature of the rorate mass is the lightening of a special candle decorated with a white ribbon, symbolising the Mother of God. According to popular religiosity, advent started with the feast of Saint Martin. In old Poland, 11 November was the date of financial settlements and payment of taxes and levies, so it was in a way the end of an old year. On 25 November, on the feast of saint Catherine, merrymaking was still allowed, but all parties definitely stopped after the feast of Saint Andrew (on 30 November). It is reflected in a proverb: Saint Catherine lost the keys, Saint Andrew found them and locked the violin.

Coming back to the Christmas Eve - preparations started early in the morning. One had to be watchful from the very dusk, because if the first guest to enter the house was a man, then the coming year would be affluent. Also, it was a good sign, if the first person one saw on this day was a man rather than a woman. Women were even obliged to spend the morning at home so as not to expose their neighbours to ill fate. I will say no more of these traditional beliefs, as I just want to show them and do not propagate them. Another thing was that pregnant women were not allowed to do the washing or weave on Christmas Eve.

There was plenty of housework for everyone. The first thing that comes to our mind today is dressing the Christmas tree, however, the Christmas tree was not dressed in Poland for ages, not until the turn of the 18th century. The dining room was decorated using completely different objects. Zygmunt Gloger writes in his invaluable Encyklopedia Staropolska (Encyclopaedia of Old Poland):

In popular piety, it was believed that at the turn of a year, the spirits of the dead returned to their homes and sat down at the Christmas Eve supper table. In order to see them, one had to secretly go to the hall and look through the keyhole at an empty chair. Also, no proper man would sit at the table without first blowing on the seat to make a spirit move to another place. On the Christmas Eve, it was forbidden to work with flax, twist ropes or chop wood, so as not to hurt spirits that were in the house. Christmas wafer was also symbolically shared with the spirits of the dead by putting it on the spare plate standing on the table.

In order to ensure welfare for the house, there should be an even number of persons sitting at the table. If there were not enough people, in rich houses, domestics were invited to join. The worst option was if there were 13 feasters - it was a sign of inevitable ill fortune. It was a good idea to put an iron object under the table, such as a sickle, axe or even a plough, and put one's legs on it for a moment: to make one's legs tough like iron so that they would not be hurt by thorns.

Dishes always had to consist of all the products of the generous nature: from fields (flour dishes), orchard (dried fruit, nuts), garden (cabbage, peas, poppy seeds), forest (mushrooms) and of course water (fish). Finally, let me quote after reverend Eugeniusz Janota several rules of the Old Polish table manners. At the table, one had to: remain solemnly quiet; only the host could speak aloud, or only the elderly could talk and the rest should communicate what they needed by gestures. The reason was to avoid quarrels in the house in the coming year or not to be a prattler in the next year... Avoid eating greedily. Make sure not to drop one's spoon, as that was the omen of death within a year.

Only after such supper could one go to church for the midnight mass and start Christmas feasts accompanied by signing Christmas songs.