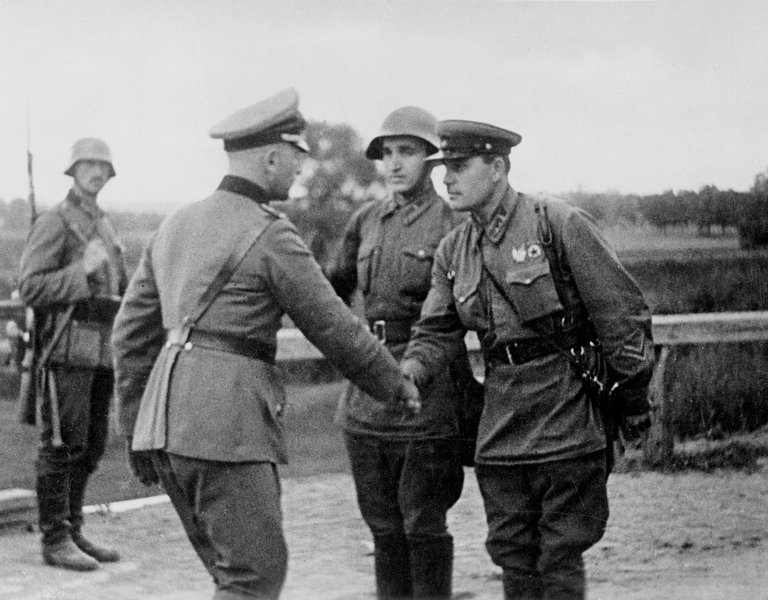 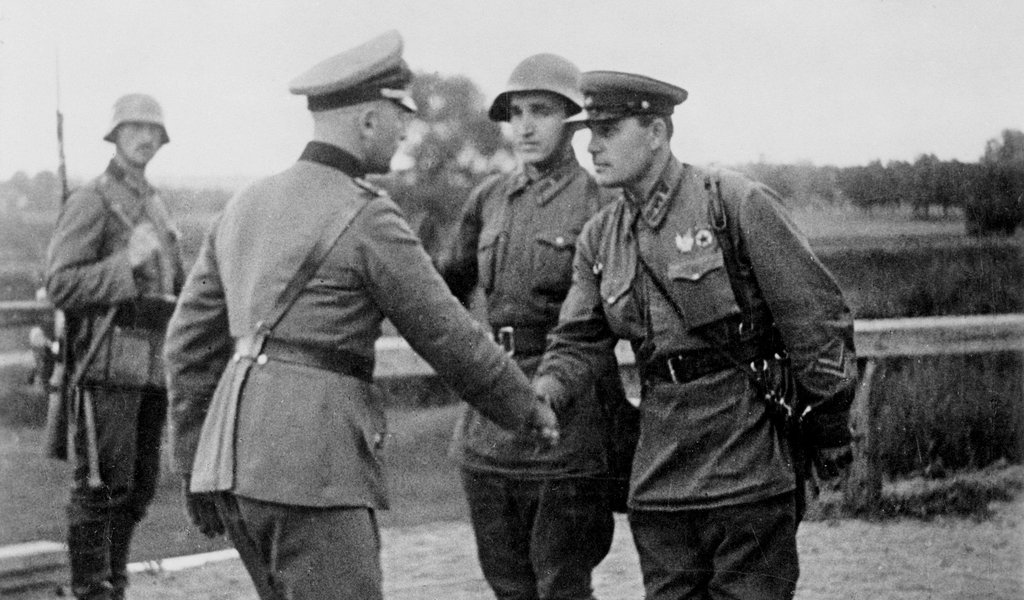 British historian Roger Moorhouse tells Poland.pl about the significance of the September 17th 1939 events for the fate of Europe and the world.

Poland.pl: September is a sad month in the Polish history. On September 1, 1939 the German aggression on Poland started the Second World War and then, on September 17, the USSR joined the attack. How are these events seen across Western Europe and is the date of September 17 well known among the Western public?

Roger Moorhouse: Sadly, the significance of September 17 is still not very well known among the Western public. There are a many reasons for it. The main one, I think, is that for most Western countries, and by extension the USA and the former British Empire, the story of World War Two is still one of one aggressor only – Nazi Germany. Therefore the popular narrative of that conflict is one which focuses almost exclusively on German aggression. Moreover, the fact that Stalin’s Soviet Union became an integral part of the Grand Alliance after 1941, and played a key role in defeating the Germans, means that some find it hard to understand that before 1941, the USSR was effectively allied to Hitler’s Germany. Gradually, these rather myopic, one-dimensional perceptions are changing, but – as I found with my last book – it is sometimes a struggle to change minds.

From the Polish and European perspectives, this “Polish September” began back in August 1939, when German and Soviet ministers signed the Molotov–Ribbentrop Pact, which included the secret protocol which dealt with the partition of territories or the regulation of the independence of Poland and other sovereign states in Central and Eastern Europe: Lithuania, Latvia, Estonia, Finland and Romania. From the Western point of view, when did the war start?

Many combatant nation have differing perceptions of when the war started. For Poland it is clearly 1 September, when the Germans invaded; for the British and French it is 3 September, when they declared war on Germany in response. Of course, China and Japan have a very different chronology, with their war starting with the Marco Polo Bridge Incident in 1937, or event Mukden in 1931. For the Americans, meanwhile, World War Two dates from December 1941, and the Japanese attack on Pearl Harbor. So, to some degree, the start of World War Two is a matter of perspective, and justifiably so – with one exception; the USSR. In the Soviet narrative, World War Two began on 22 June 1941, when German forces invaded during Operation Barbarossa. However, as Poles, Finns and others know only too well, Soviet forces had already been very active before that date; invading Poland on 17 September 1939, invading Finland on 30 November, and annexing the Baltic States and Bessarabia the following summer. Regrettably, this mendacious dating convention is still used in modern Russia – which has adopted wholesale many of the fictions and distortions propagated by Soviet historiography. Maybe one day Russia will be able to be more honest about the role that it played in World War Two, and own up to the black chapters in that story. But, sadly, there is little sign of that happening yet.

In the Western European media, there is still a myth that Hitler was the only evil and Stalin was the great leader, who was able to see through Hitler’s plans and who was betrayed to then defeat Hitler thanks to the sacrifice of the Soviet soldiers. You put this myth into question in your book The Devil's Alliance. Hitler's Pact with Stalin 1939-1941. Could you tell us more about this?

Hitler once said “No one will ever ask the victor if he told the truth” - and this is something that Stalin seems to have understood very well. Once the Soviet Union was attacked by the Germans in June 1941, that country was rapidly accepted – rather unquestioningly – into the ranks of the alliance fighting Hitler, and Stalin duly took his place among the leaders of the Grand Alliance. At that time, it served nobody’s purpose to be too honest about Stalin’s strategic friendships of the previous two years, so difficult questions were avoided and the West effectively colluded in peddling the Soviet propaganda myth that “Uncle Joe” Stalin had known all along that Hitler would attack him and that only he had skilfully divined what Hitler was up to. It was nonsense, of course, but it was arguably politically necessary nonsense. And, with that, the period of the Soviet Union’s active collaboration with Hitler’s Germany was effectively swept under the carpet. What is most surprising, perhaps, is that that rosy, dishonest narrative persisted for so long post-war and indeed that it is still propagated in some quarters in the present day.

Before the war Poland tried to integrate Central Europe, proposing the concept of Intermarium, which could face the expansionist politics of Germany and the Soviet Union. Why did this project end in failure?

Intermarium was a bold attempt to deal with the strategic constellation of power that was current in inter-war Central Europe. There are a number of reasons for its failure, not least among them the opposition of the two powers against which the plan was primarily aimed; the Soviet Union and Nazi Germany. More than that, however, the Intermarium was a supra-national plan in an age of nationalism. However bold – even far-seeing – it was, it foundered on the petty rivalries and conflicts that studded the period. And, given that most of the countries foreseen as joining the Intermarium had – like Poland – only gained or regained their independence in the aftermath of the First World War, it was perhaps rather optimistic to expect them to trade that independence and sovereignty for membership of a new, multi-national body.

More than six million Polish citizens died between 1939-1945, and yet this fact is not common knowledge in the Western world. How should the Polish people talk about their history to make it more well known?

The times are slowly changing. Thirty years ago, few in the West knew much about Poland’s war at all. Now, through the work of historians, and Hollywood, that situation is somewhat improved. Many in the West are now aware of Poland’s key role in combating Enigma, for instance, or the vital part Polish forces played at Monte Cassino, or in Tobruk, or in the Battle of Britain. Of course, there is still much work to be done, particularly on those areas that do not intersect with the Western narrative of the war, but we should still acknowledge that advances have been made, and that that Western narrative is itself shifting; becoming more nuanced and less parochial. Many Poles have a wonderfully passionate relationship with their own history – they must continue to state their case, precisely and soberly, and they will find that that passion and enthusiasm can be very infectious. 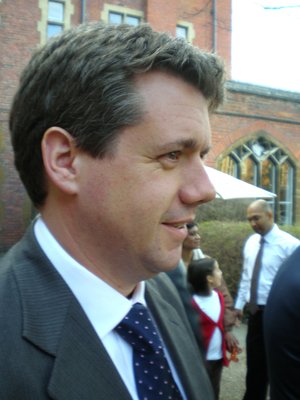 Roger Moorhouse is a historian and author, specialising in Nazi Germany, Central Europe and World War Two. He graduated from The School of Slavonic & East European Studies, University of London, in 1995, and undertook post-graduate work at the Universities of Düsseldorf and Glasgow.

Moorhouse was the co-author, with Professor Norman Davies, of Microcosm. Portrait of a Central European City (2002), and has since written a number of books, including Killing Hitler (2006), The Devils’ Alliance (2014) – on the subject of the Nazi-Soviet Pact – and the critically-acclaimed Berlin at War (2010), a social history of the German capital in World War Two, which was short-listed for the Hessel-Tiltman Prize in 2011. His books have been published in over 20 languages.

A regular lecturer and book reviewer for the national and specialist history press, Moorhouse was elected a fellow of the Royal Historical Society in London in 2015.