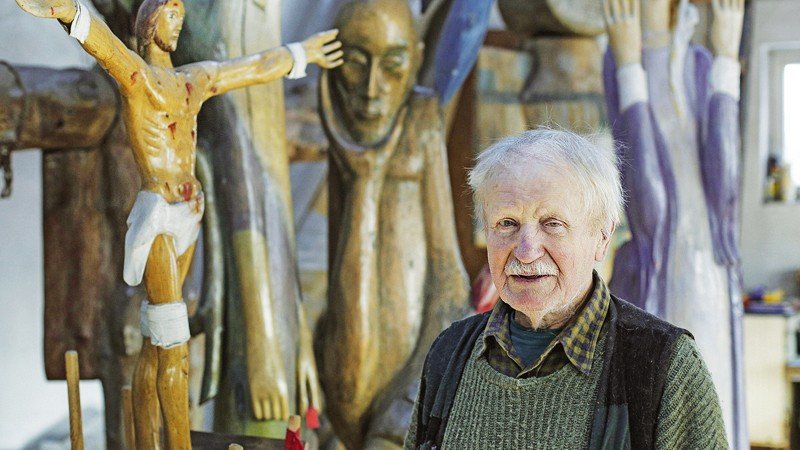 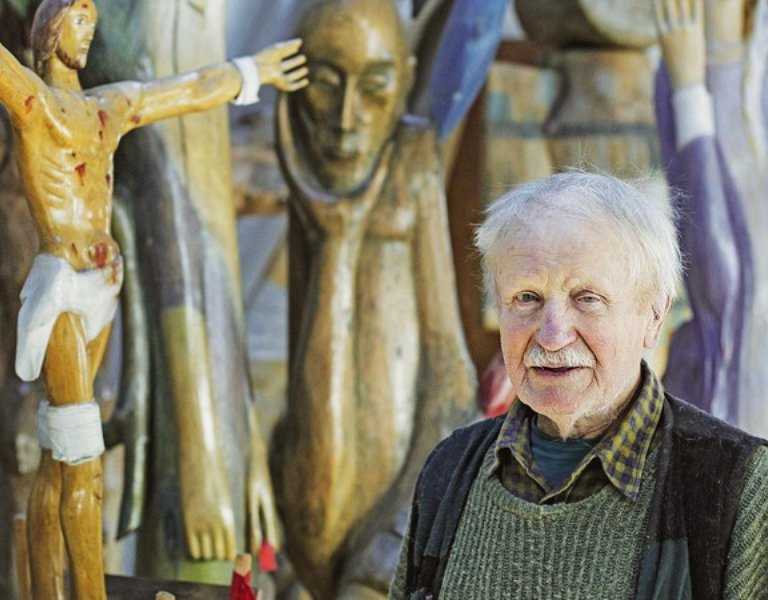 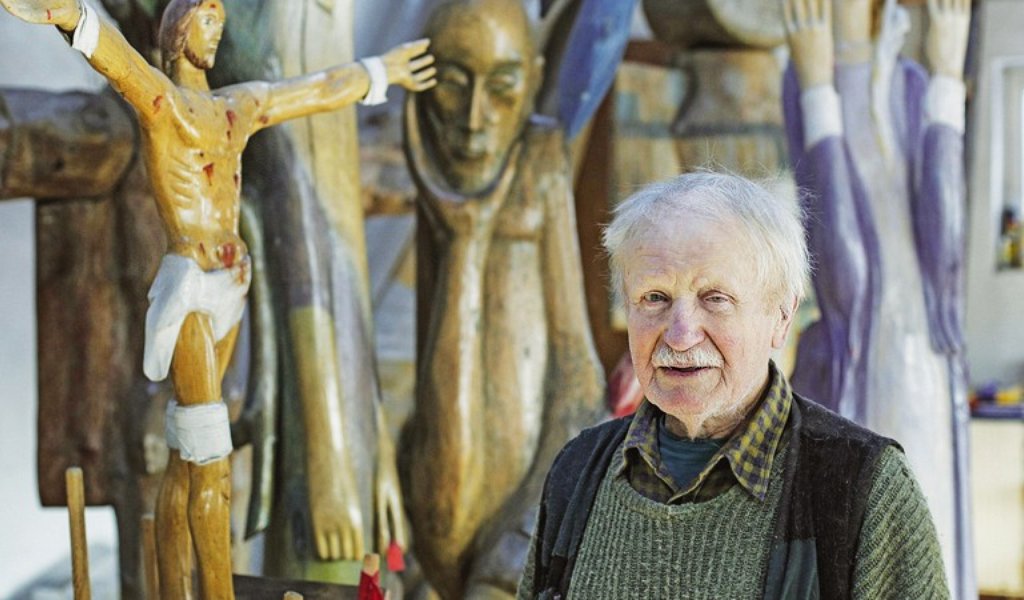 Enemy of the People at 10 Years Old

We are celebrating the 77th anniversary of the first large-scale deportations of Poles to the Soviet Union after the invasion of 17 September 1939. It also affected your family. How do you remember 10 February 1940?

We lived in Sobiesk in Tarnopol voivodeship. I was 10 years old. It was a beautiful, cold winter. That night, actually early in the morning, between 4:00 and 4:15, we heard very loud screams: “Matushka, open up!” Terrified, my mother woke up my father, while they were banging at the door with the butts of their rifles; then they stormed inside. Zdies’ budet voina, ubirai rebenka, skoree! ['War is coming, dress the kid, hurry up!'] they shouted. They didn’t let us take any belongings, saying that where we were going we’d have everything in abundance. They gave us only 15 minutes to pack. Those who lingered were hit with rifles, and we had to walk to the sleighs that they sent to take us to Pidhaitsi train station. There, they packed us into cattle wagons, 60 people each. There was a lot of crying, as some families got separated. Children cried, but they didn’t care. They kept pushing us all the time, shouting: Davaj, davaj, skoree, skoree, zdes’ budet voina! They kept trying to scare us with the idea of war. We were all terrified.

How long did the “journey” take?

Over a month. The wagons were boarded up. The adults had pocket knives and made holes in the boards to see where we were being taken. We were always headed east. From time to time, they opened the wagons to let us put snow into buckets to boil water. The last station, in the Urals, was called Molotov. That’s what the city of Perm was called back then. There, they took our documents and started burning them. It was terrible. When someone asked why they were doing this, they began to laugh: “Poland doesn’t exist, so why would you need these documents?” They loaded us into Zil 5 trucks powered by wood gas. We were traveling again, surrounded by more and more snow. When the trucks couldn’t go any farther, they transferred us to sleighs. This is how we got to the posiolok [settlement] where two barracks awaited us. The next morning, anyone older than 12 had to work in the forest felling trees.

How were Poles treated by the gulag authorities?

As enemies of the people, we didn’t matter at all. We didn’t have any rights. The general rule was: you don’t work, you don’t eat. There were quotas to meet if you wanted to get poiok or a meal. The food rations were pitiful – a slice of bread, porridge full of insects... We were told that food was going vsio na front [all to the front] and we were supposed to die of hunger and hard work. Men working in the forest were called lesoruby; they cut down trees. Women cut branches and kept fires burning. My mother had to cut two cubic meters of wood a day, and then chop it into equal pieces 15 cm long as fuel for Zil 5 trucks. When I was 6 weeks short of 12 years old, my mother claimed I was 12, so I could help her with her work.

Most of your family died in this “inhuman land”?

Yes, five of my family members are buried there – my parents and three younger brothers: Olek, Kazik, and Miecio. My sister and two brothers and I survived. My mother died at the age of 39, and my father at 52. He was a legionnaire. He told us that the exile was Stalin’s revenge for the war of 1920. Out of my three brothers who died in exile, the youngest was born there. He lived less than three weeks, because my mother didn’t have milk. There was one cow in the posiolok, but it belonged to the komanidir. My brother Józek sneaked out to steal some of the milk for our youngest brother a couple of times, but they caught him and beat him so badly that he barely survived. When my youngest brother died, my mother grieved terribly for him. I can remember the tears flowing from her eyes. She never smiled after that and just seemed to shrink into herself. It’s hard to imagine the despair of a mother who couldn’t feed her child.

You don’t know where your loved ones are buried?

No, there were no cemeteries for enemies of the people. The corpses were buried in the forest. If someone died in the hospital, they wrapped the body in a sheet and buried it. My father buried my youngest brother just like that in the woods. He made a cross with an inscription: Oles Kulon. Son of a deportee. And my mother died of consumption or tuberculosis. They brought her from the hospital and she was already in a hopeless condition. My brother Władysław, who was 20, used rough-hewn planks to make a chest – it could hardly be called a coffin – and we buried my mother in the forest. Those graves are certainly not there anymore.

He died in the hospital. It happened when we were ordered to resettle from one posiolok to another. We had 18 km to walk. My father was so weak that he couldn’t walk any more. There was one cart pulled by a nag that was barely moving, and the driver wouldn’t let my dad get on the wagon. Since he couldn’t walk, he stayed in the forest. Later, someone took him to the hospital, but he was already in very poor condition and died there. No one told us. I only found out in 1948, when I was back in Poland.

Did you ever try to visit the place where you were exiled after that?

After the first year of my studies at the Academy of Fine Arts in Warsaw, I applied for a scholarship in Leningrad hoping that that I would be able to go to the Urals during the summer break, at least to light a candle for my loved ones. But I didn’t get the scholarship and never visited the place of our exile. I don’t think that I would be able to find the graves of my loved ones in the forest. I can remember that if you dug in the ground with a spade in the spring, you would find human bones everywhere. We weren’t the first ones there. The Russians never cared if a thousand, two thousand, or half a million people died. They always had vsieg mnogo – plenty of everything. When I'm in the woods, even in Kampinos Forest, and I see a pine tree, I feel close to my family. These are the associations I have because there were mostly pine forests out there.

How did you survive? How did you manage to avoid Sovietisation after you lost your parents?

I survived and returned to Poland thanks to the prayers of my parents and other exiles. They prayed with the hope that at least their children would be able to return home to Poland if they couldn’t. They did it secretly, because we weren’t allowed to pray. The Communists fought against such “backwardness” and “bigotry.” They wanted us to pray to Stalin, because he was their god. I returned to Poland in March 1946, when I was 16. I spent six years and two months in exile. 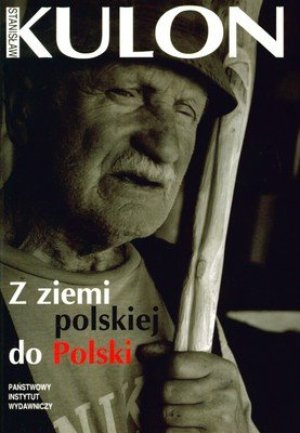 You are an acclaimed artist, the author of many monuments scattered throughout Poland. Today, your art is dominated by the theme of Golgotha of the East. Do contemporary Poles know what happened to their compatriots in that “inhuman land”?

Probably few understand because as time passes there are fewer and fewer witnesses like us; our generation is already leaving this world to be with the Lord. I believe it is my responsibility to preserve what I experienced in the forests of the Urals as a ten-year-old “enemy of the people.” I started to explore the theme more broadly after I retired 17 years ago. I also published my memories of exile, titled Z ziemi polskiej do Polski [From Polish Land to Poland]. Today, I dedicate everything I do to those times. This is the third exhibition of my works at the Institute of National Remembrance. I’ve made more than 100 drawings in ink and pencil and I hope someone will eventually publish them as an album. I’ve been sculpting my third Way of the Cross for a year. It is composed of 40 reliefs that I’m currently choosing the colour for. My doctor tells me that I should take breaks because my body may not hold out.