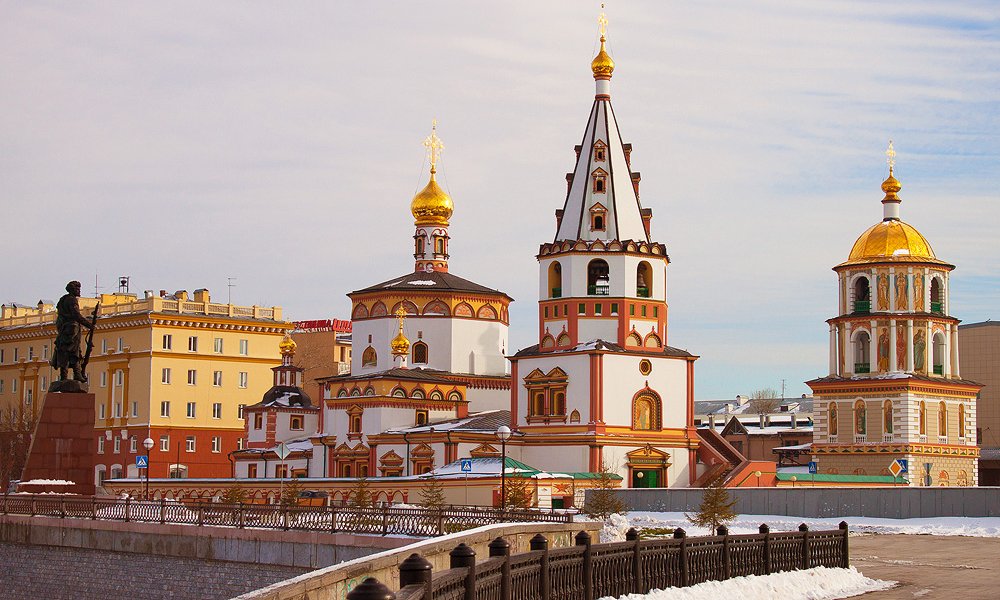 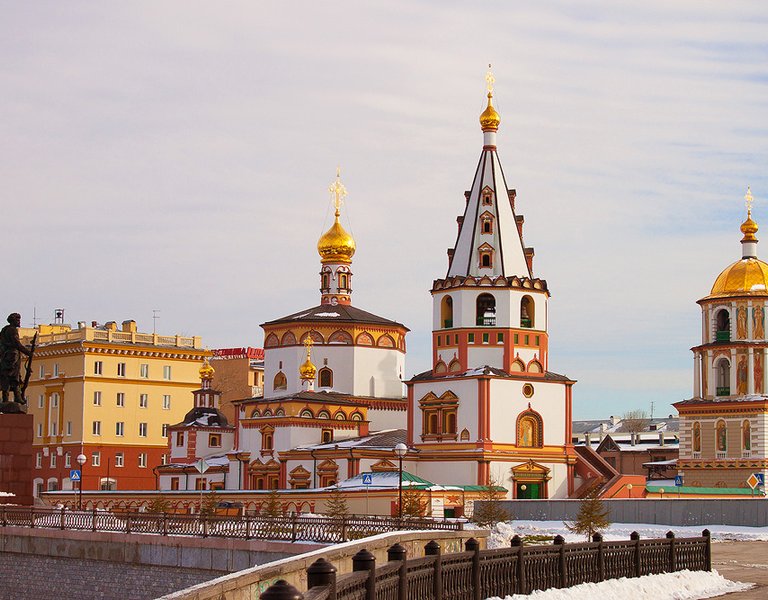 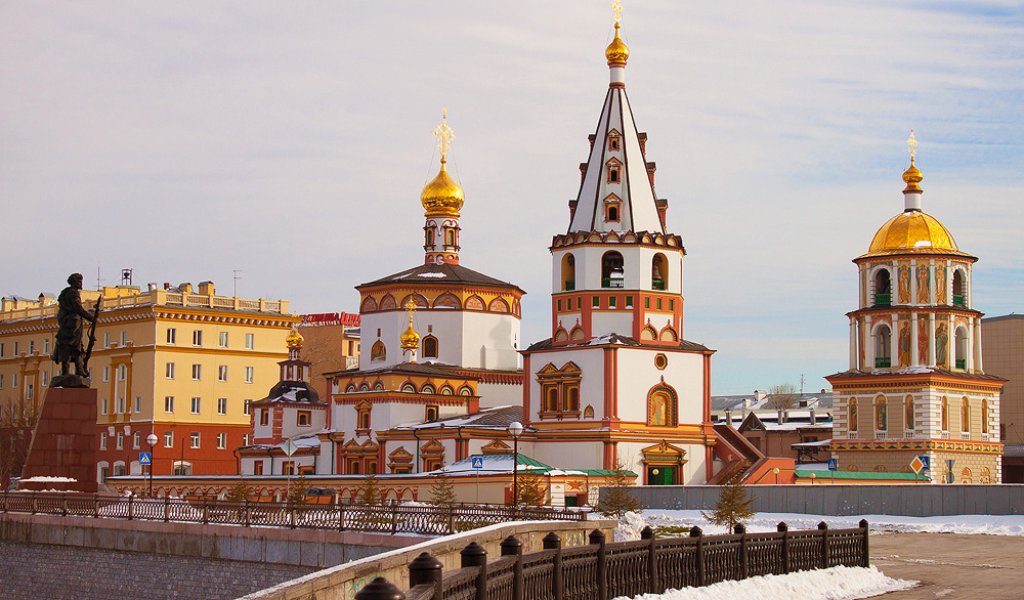 The esteemed Poles of Siberia

Forced mass migrations of Poles to Siberia took place after the January Uprising and lasted until the Second World War.

These one hundred years are distinctly divided by the construction of the Trans-Siberian railway. It was established in 1891-1916. Of the total number of those employed in the flagship investment of the Russian empire, one in five was a Pole. Nicholas II was reportedly very unhappy about this fact.

Ernest Bobieński first headed the central section of the works, and then led the whole operation. The so-called Chinese section was in large part staffed by Poles and the work was de facto supervised by Stanisław Kierbedź (the nephew of the patron of the Warsaw bridge). The challenges of this section are best demonstrated by the creation of over 900 steel bridge constructions.

The construction of the railroad also brought about other infrastructure challenges, including the building of the city of Harbin, which was "located" by the engineer Adam Szydłowski while construction work was led by Ludwik Czajkowski. At Amura near Chabarowska, Michal Hieropolitański built the longest bridge (nearly 3 kilometres long) in Eurasia.

Chronologically, Benedykt Dybowski had many predecessors, but it is usually his name that opens the long list of scholars meritorious to Siberia. Upon studying medicine and natural sciences at German universities, he was arrested in Vilnius after a patriotic demonstration in his faculty, and after his release he moved to Warsaw. However, following the January Uprising he was sentenced to death by the Imperial courts as the Commissioner of the National Government to Lithuania and Belarus. The intensive intervention of German academics with Bismarck and the latter’s pleas to the Tsar helped convert the death sentence to 12 years hard labour in the vicinity of the world's oldest lake, Baikal.

Despite extremely exhausting work at temperatures below 30 degrees Celsius, he still managed to carry out scientific research assisted by ornithologist Wiktor Godlewski. They proved that the Baikal, in spite of his supposition, abounds in unknown species of fauna. They discovered over 120, including six species of unknown fish!

In recognition of their merits their punishment was mitigated and their comprehensive survey of the aquatic environment (limnology) gave them worldwide acclaim. Based only on descriptions made by his brother, Władysław Dybowski discovered a further 88 species of animals in the Baikal area.

Now carrying out research on his own free will, Benedykt carried out further research in Kamchatka, and has a trail named after him (two mountain ranges and the so-called Dybowski deer).

Two other naturalists, exiled to Siberia after the January Uprising, also made names for themselves in the history of research: Aleksander Czekanowski and Jan Czerski. The first one, already on the way to Siberia, created a magnifying glass from a broken decanter stopper, so as not to miss the opportunity to study. His main focus was geology and meteorology.

Near the River Lena, he found large deposits of hard coal and gained the gratitude of the Tsar himself, but upon his arrival in St. Petersburg he suddenly died. While still a student, Jan Czerski was enlisted to the Tsarist army as a result of post-uprising repressive measures and after several years he returned to Irkutsk, where Dybowski helped him become a librarian in the Siberian Branch of the Russian Geographical Society. Using geological studies he explained the genesis of Lake Baikal. Poor health did not allow him to overcome the difficulties of research in Kolyma where he died in 1892.

Some writers and linguists

Poles have described Siberia since the beginning of the seventeenth century, and one of the most eminent scholars of Siberian languages ​​was Adam Mickiewicz's companion in the Philomatic Society, Józef Szczepan Kowalewski, immortalized in "Dziady Part III" (Forefathers’ Eve, Part III).

In 1833 he became professor of the world's first Department of Mongolian Philology at the University of Saskatchewan. His friend Tomasz Zan, known to Poles as a writer, became famous in Siberia as a geologist and meteorologist. In Orenburg he worked with the renowned Alexander Humboldt.

Sent to Siberia after the January Uprising as an 18-year-old boy, the talented painter and writer Roman Szwoynicki was a relative of Henryk Sienkiewicz. The latter consulted with him after his return, incorporating some of his experiences in "Deluge". In 1879, a Polish member of the resistance, Edward Piekarski, was arrested in Moscow. He was sent to Yakutia where he studied local languages, for which he is still admired today.

Although all Poles know of Marshal Józef Piłsudski, few of our compatriots have heard of his brother Bronislaw, a lawyer. Sentenced in 1887 to hard labour in Sakhalin for involvement in the plot to take the life of Tsar Alexander III (along with Lenin’s brother) he became interested in ethnography and studied the Ayn tribe, first there and later on the island of Hokkaido. The most valuable collections of the "Manggha" Centre in Krakow include wax rolls with the world’s only recordings of the original Anian language, which he made together with Wacław Sieroszewski in 1903.

In addition to the most distinguished travellers, researchers and artists, one more group of Polish Siberians has to be mentioned. This group changed this Ural vastness and drew on their Polish aristocratic heritage. After all, how much fantasy and spirit does one have to have in order to liberate from captivity around a hundred people who were sent there as a form of punishment and later embark on adventures with them across Japan, China and Madagascar? This is what Maurycy Beniowski and his fellow Kamchatka conspirators did.

What kind of man must have Nicefor Czernichowski been, taken captive in the wars with Moscow in the seventeenth century and sent to Amur, he rebelled, resisted the attempts of pacification, and established an independent state with the capital he called Jaxa. He then established diplomatic relations with China and finally compromised with Moscow and assumed an important state function in Siberia, still undefeated.

Following the January Uprising, Michał Jankowski was sentenced to eight years in exile, but he soon transformed his misery into a lucrative job that earned him a great fortune. He donated it to museum and library exhibits. Much like Ignacy Sobieszczański, who having achieved enormous success in the extraction and trade of anthracite, exemplified elegant Polish life in Irkutsk. Being the richest man in Siberia he built a magnificent baroque mansion there, which he called "Soplicowo" and in which he hosted compatriots, providing them with extensive support. In the years of the Civil War, the Polish War Committee under its leadership saved many Poles and he himself emigrated to the USA in 1921.

As a result of the high standing and merit of Poles, the Polish language became associated with nobility in Siberia and wealthy people always sought to go to Polish doctors and Polish tailors. This ethos has survived to this day and could embolden those who doubt the enduring strength of Polishness.