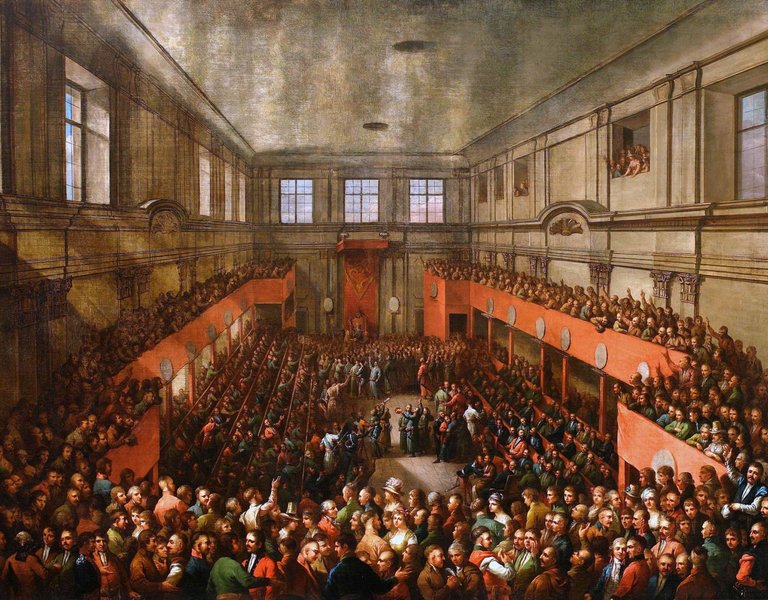 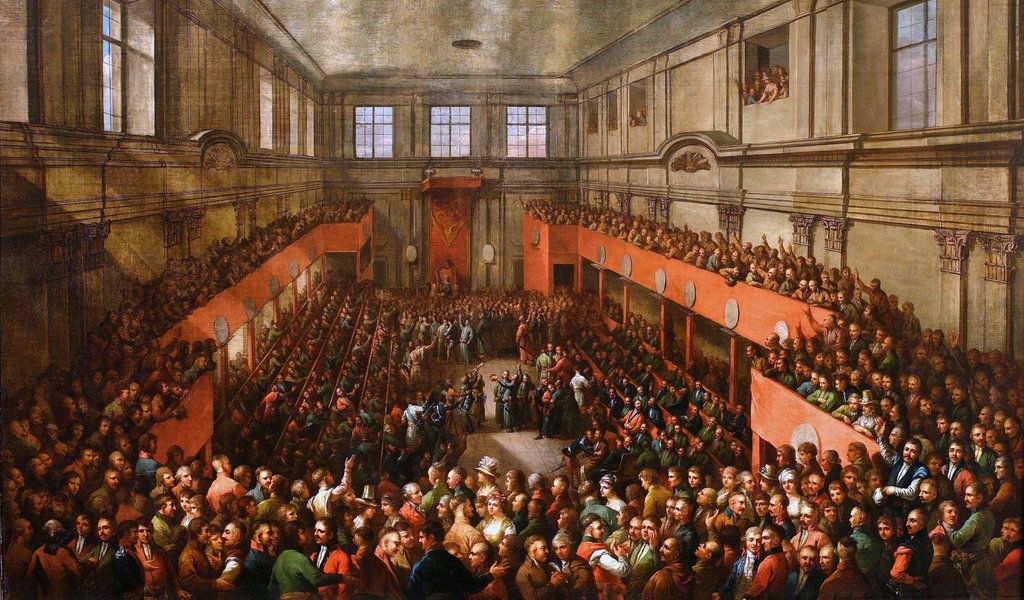 It was the Polish Constitution, adopted on May 3rd 1791, and not the much-lauded French Constitution, that was Europe’s first fundamental law. And it was the second in the world, after the American Constitution of 1787. Moreover, it was implemented using democratic methods and, in contrast to France, without any blood being shed.

The May 3 Constitution was a reflection of the Polish spirit, which, after all, allowed the Poles to survive 123 years of partitions and then 45 years of Soviet communism. May 3rd was a state holiday until 1939, the outbreak of World War II. Thereupon, first the German and then the Soviet occupiers forbade Poles from celebrating this important day, which became a pretext for many anti-Communist manifestations. And now, in free Poland, the Constitution of May 3 is celebrated once again and Poles treat implementation of this basic law as one of the breakthrough events in Polish history.

There is a lot of talk and a lot has been written about the important contribution of our country to the development of European culture and identity, but certainly not enough has been said about the legacy of Polish political and social thought and the role it has played in the field of cooperation between nations, intercultural dialogue and mutual respect and reconciliation. About the rich tradition of Polish openness and tolerance in the lands of the former Commonwealth, for centuries called the "state without stacks." Because when religious wars raged in England, France and Spain - Scottish Catholics, French Huguenots and Jews found a peaceful haven in Poland. And these Jews, who were thrust out of England in the thirteenth century and France in the 14th century and kicked out by the Catholic Kings of Spain in the 15th century, sought refuge in Poland, where they were able to live peacefully until the outbreak of World War II. It is no coincidence that they called Poland "Polin", "here you will rest". And Poles make up the most highly represented nationality among the Righteous Among the Nations,

It is also worth mentioning that the Commonwealth – unlike Great Britain, France, Germany, Belgium and Spain - was never an imperialist, colonial state. It is also a legacy of our traditions, of freedom and tolerance, of respect for the independence of other countries, of other religions, the most beautiful fruit and symbol of which is the May 3 Constitution. Interestingly, it is a law that remains very modern, so much so that to this day one can draw on its political and moral wisdom, both in its spirit and content.

Let us just look at how modern its message really is. For example, that "all authority of the human community originates from the will of the people," or that "independence on the outside, and freedom within the borders is the highest good of the nation." And all these pointers, written up 226 years ago, can serve as valuable signposts to this day. This Constitution is also so close to Poles because it was created as a continuation of the deliberations of Polish philosophers, historians and statesmen, among them Jan Ostrorog and his "Memorandum on the Order of the Commonwealth" from 1477, where for the first time, Poland was called a republic. Or the works of Andrzej Frycz Modrzewski "On the improvement of the Commonwealth" of 1576, whose author in a very modern way for those times combined three values, the foundation for thinking about the state – the community, honesty and usefulness.

Should these "golden thoughts" of Ostrorog, Frycz Modrzewski and the authors of the Constitution - Stanisław Staszic and Hugo Kołłątaj - not be included in the canon of reading of every Polish modern civil servant and parliamentarian? This canon could also include many other informative texts from the past, such as those by Jan Krasiński, who 100 years later sung high praises for the Republic’s 16th-century system: "because governing is established by the law ... and the king himself, without the consent of the council and the senate, and the consent of the nobles does not establish rights, rights are mandated". Exchanging the king for a president or prime minister – is not this thought still to this very day up to date, democratic and modern? The May 3 Constitution is also dear to us because it reminds us of the times when the Republic – just as it is starting to be the case now – contributed to European political and social thought and took part in the debate on the future of Europe.

Very interesting was the reaction of the world to the Constitution of May 3. The world, that is, with the exception of the invaders – Russia, Germany and Austria – congratulated Poland on this extremely important document. These included the co-founder of the American constitution, the Englishman Thomas Payne and another Englishman, the writer and publicist and the "father of conservatism" Edmund Burke. Burke commented the proclamation of the Polish Basic Law using the following words: "No one has suffered any loss, no one has been humiliated. From the king to the day labourer ... no drop was shed: there was no betrayal nor insult, nor affront of religion or customs, nor looting or confiscation." In obvious opposition to the bloody events across English Channel that Burke condemned in his work "About the revolution in France." It may be interesting to continue this argument: "But such admissions of dignified behaviour were preserved only for this glorious relationship whose purpose was to maintain true, essential and indispensable human rights."

Another enthusiastic supporter of the events in Poland and the adoption of the May 3 Constitution was the French member of parliament Alexander Bonneau, who was visiting Warsaw at the time. As was, surprisingly, French agent Joseph Aubert, who in his message to the then Foreign Minister Armand de Montmorin pointed to the importance of the reforms carried out in Poland: "One of the most important achievements is the granting of privileges to both cities and citizens. It was certainly a clever move, because in this way the burghers connected their fate to that of the state and their help was assured." I do not have to recall what Danton and Robespierre did to the disobedient bourgeoisie.

A very interesting assessment of the Constitution of 3 May was also made by the then Foreign Minister of Prussia, Ewald Friedrich von Hertzberg, who ended up as an enemy of Poland: "The Polish revolution is one of the most important events of our century, it will, in my view, have more immediate consequences than the French Revolution."

The thing is – and you can see it in the example of the Conservative party in Britain or the Republicans in the United States – for a programme to pass the test of time it must be based on axiology. If moral values ​​are replaced by socio-technics, human rights - the rancour of one social group against another, terror and violence become unavoidable. John Paul II continually reminded that "politics without morality degenerates and usually leads to dictatorship." And our Constitution often refers to the respect of human rights, the obligations of power to citizens, condemning both rape and violence. Thus, despite the dramatic situation accompanying its proclamation, it did not, as in France, lead to mass slaughter. Perhaps that is why it has become not only a symbol of modern reform, but also a living legend that allowed Poles to survive almost two centuries of captivity – first partition and then Soviet occupation – and today can be a valuable guide to thinking about the country for Poles but also for the other nations of Europe. And it makes sure that we do not have to look westwards in order to seek the foundations of knowledge about democracy.