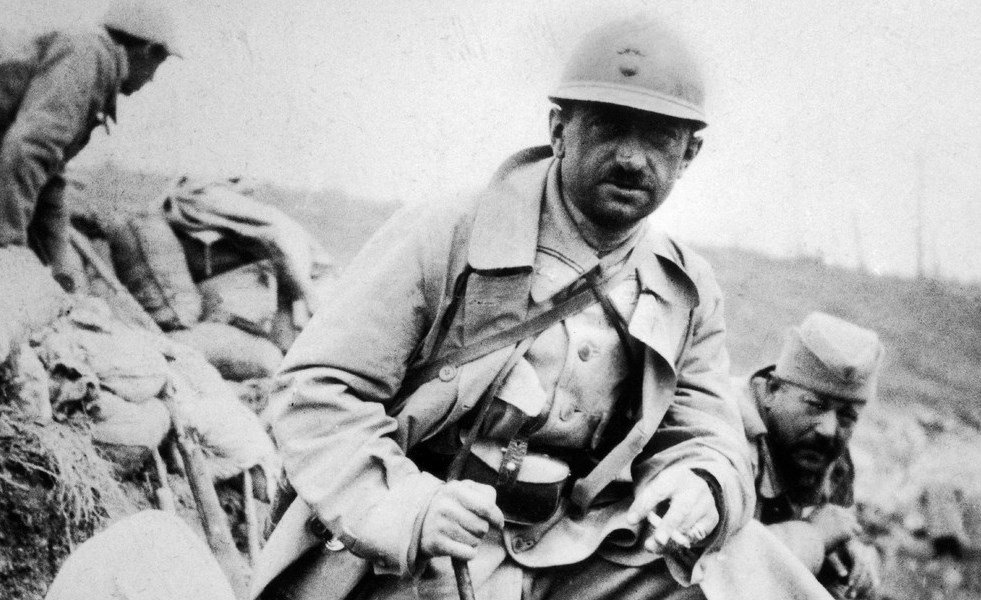 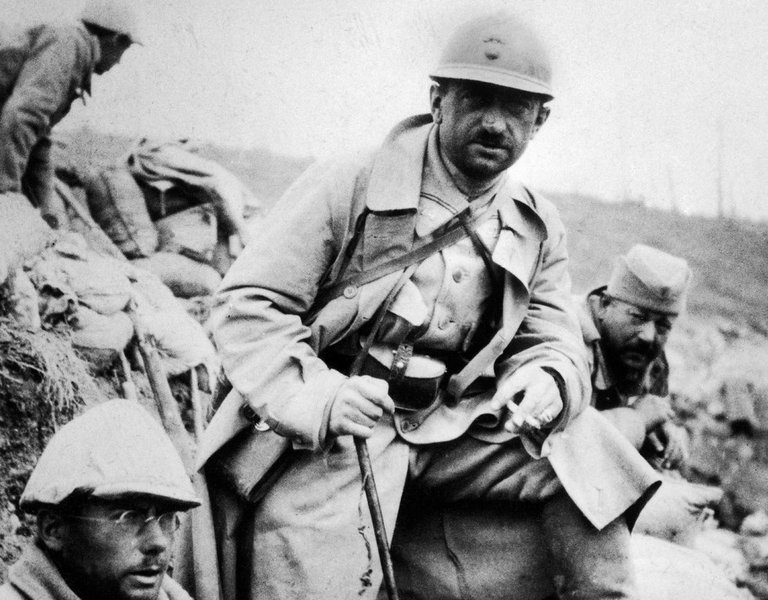 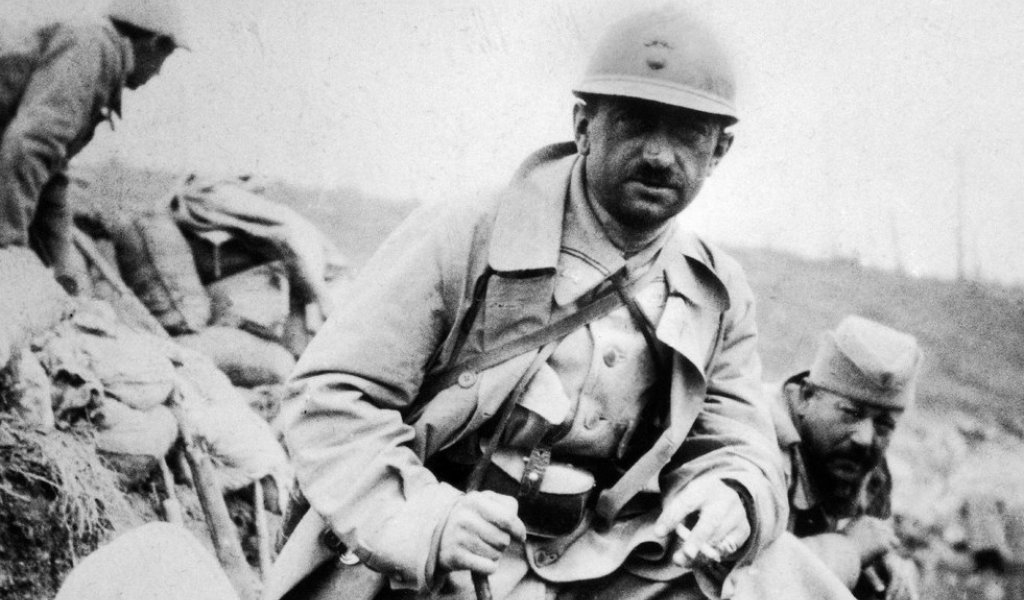 Following the trail of World War I soldiers

The centenary of the outbreak of World War I rekindles the memory of the tragic events that cast a shadow on the fate of millions of Poles. However, the conclusion of the conflict also led to the restoration of Poland’s independence after nearly a hundred-year occupation. We would like to take you on a trip along the World War I trail.

The Polish land, partitioned among Russia, Germany and Austria, became a battlefield for central states (Germany and Austria) and Russia in 1914-1915. War swept through the entire territory of today’s Poland, leaving behind enormous damage and hundreds of war cemeteries where Austrians, Germans, Russians, Poles, Ukrainians, Belarusians, Hungarians, Czechs, and Slovaks are buried.

Today, Poles recollect these events, renovating forgotten cemeteries and war memorials. These sites will now form the World War I Eastern Front Trail, which will run through eight Polish provinces (Lodz, Warmian-Masurian, Podlaskie, Masovian, Swietokrzyskie, Lublin, Lesser Poland, and the Subcarpathian Provinces). The partially completed tourist route is expected to attract tourists from all over Europe. It will be inaugurated on the occasion of the centennial of the outbreak of World War I.

Poles also recall history by historical reconstructions of major events. The Battle of Tannenberg (Grunwald) will be the biggest battle staging project. It will take place in Szkotow’s war cemetery (near the Nidzica River) on the battle’s centenary―27 July 2014.

The Krakow Fortress is a complex of Austrian fortifications, which played an important role in hostilities between Russia and Austria between 16 and 25 November 1914. In the end, the Austrians won the battle. The Krakow Fortress, which dates back to the 18th century, is a system of monumental fortifications consisting of 100 military facilities, including 38 big forts, 9 of which are in a good condition and 7 have been adapted for various purposes. Some of them, like the Kleparz or the Kosciuszko, are situated at the heart of Krakow, others are located in the suburbs. They are connected by the 100-kilometre-long Krakow Fortress Trail developed for cyclists and pedestrians. 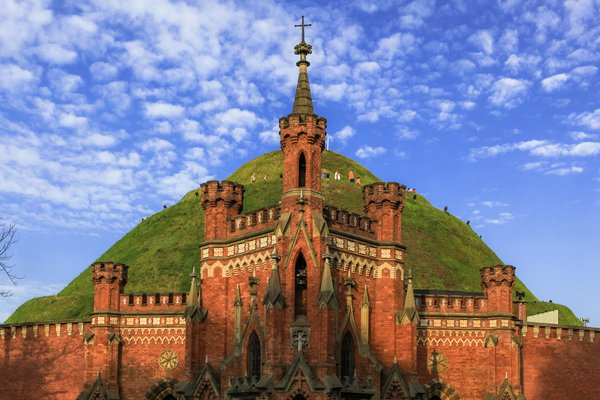 It is from the Krakow Fortress that the famous First Cadre Company led by Józef Piłsudski set out on its combat trail. The company became the foundation of the Polish Legions, which paved the way for Poland’s independence in 1918. To celebrate the centenary of the marching out of the First Cadre Company, a stage performance will be organised in Krakow’s Market Square on 5 August 2014. Polish President Bronisław Komorowski will visit the artistically reconstructed legionaries’ camp.

When in Krakow, it is also worthwhile visiting the Polish Aviation Museum, which displays authentic combat planes dating back to World War I

More than 400 cemeteries situated in Western Galicia (today’s Lesser Poland Province), near Krakow, are a tragic reminder of the 1914-1915 war between the Austro-Hungarian Empire and Russia. The interesting feature of the Western Galician war cemeteries is that soldiers of both sides, including many Poles forcefully conscripted into the feuding armies, are buried there.

The cemeteries were built and designed in 1915 onwards by the War Graves Section of the Austrian Ministry of War, which buried and made records of fallen soldiers. As a result, those visiting Western Galicia today find uniformly designed and marked graves, where a total of 60,000 soldiers have been laid to rest. Some of the cemeteries, such as the one in Bogoniowice, are architectural pearls.

Between 2 and 5 May 1915, one of World War I’s most important battles took place in Gorlice, Lesser Poland. The united Austrian and German forces managed to get the upper hand, breaking through the Russian front and driving the Tsarist army out of Galicia. Earlier, between 1914 and 1915, Gorlice changed hands several times, a reason why there are as many as five war cemeteries in the city, with victims of many nationalities buried in each one. In Gorlice’s I. Łukasiewicz Regional Museum, which is run by the Polish Tourist and Sightseeing Society, visitors can see an exhibition dedicated to the Gorlice battle, including a scale model presenting the two armies’ positions, as well as elements of the soldiers’ uniforms and weapons. 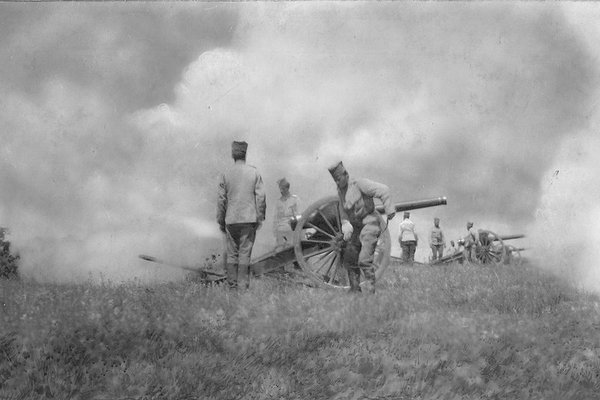 The Great War Memory Park, with a diorama of the Gorlice battle presenting the war landscape, is currently under construction on the Pustki Hill in Luzna near Gorlice, where bloody fights took place on 2 May 1915. The park contains Western Galicia’s biggest war cemetery, where approximately 1,200 soldiers are buried, 900 of them Polish. A new attractively designed facility is to be built in its vicinity, in an old quarry perched on a slope on Pustki Hill. It will be open to visitors in 2015, on the centenary of the Gorlice battle. It is meant to be the most important museum dedicated to the First World War’s Eastern Front, with full historical documentation and a visually inviting exhibition installed on an area of 1,500 sq. m.

Every year in the beginning of May, a World War I reconstruction show is staged in the village of Sekow, which was at the heart of combat during the battle of Gorlice.

In August 1915, the Russian-controlled Modlin Fortress, one of the biggest facilities of its kind in Europe, became the object of a fierce attack by the German army right after it had occupied Warsaw. The fortifications were stormed by 80,000 German soldiers, and defended by over 100,000 Russian soldiers, who eventually surrendered on 20 August.

Today, it is possible to visit a part of the 19th-century barracks of the Modlin Fortress’s citadel, some of its fortifications and back buildings, as well as the Ostroleka Gate and the X Fort in Henrysin. Interesting tourist routes have been marked out within the fortress, including the Baska Murmanska Route, named after a female bear taken in and tamed by Polish soldiers in Russia, and who accompanied the army as far as Modlin after World War I. This story has given rise to an attractive city game for children, which can be played within the fortress.

Built in the second half of the 19th century, the Przemysl Fortress was the third biggest fortress in Europe after Verdun and Antwerp during World War I. In the hands of the Austrian army, it resisted the longest among all fortresses – 179 days. The Russian army had been storming it since September 1914, eventually breaking down the resistance in March 1915. The Austrian army retook Przemysl as early as June 1915.

The circumference of the fortress’s external circle amounts to 45 kilometres. The Werner (Zurawica), Letownia (Kunkowice), and Salis-Soglio (Siedliska) forts are the best preserved. The first two are museums dedicated to World War I.

The Przemysl Fortress is located along the World War I Eastern Front Trail, in the Subcarpathian Province.